Special thanks to 'Orton Collection' at University of Leicester
Born in Leicester and raised on the Saffron Lane council estate, Orton shocked, outraged, and amused audiences with his scandalous black comedies such as Loot, Entertaining Mr Sloane and What the Butler Saw.  His career, although short lived, was incredibly significant, influencing future generations of writers, so much so that his unique style has given rise to the adjective ‘Ortonesque’ to describe work that blends the comic and the macabre. His life, as revealed in his diaries, was as scandalous as his plays, and he died tragically at the age of 34, murdered by his lover, Kenneth Halliwell, in 1967.
One of only a handful of memorials to LGBT icons in the UK, a fundraising platform has been set up to meet the projected cost of £100,000 to design, create and site the statue within a prominent position in the city of Leicester. The design of the statue will be subject to a competition where artists will be asked to represent a likeness of Orton in a suitably ‘Ortonesque’ way. It is hoped that the statue, the favoured location of which is Orton Square by Curve, at the heart of the Cultural Quarter, will become a symbol of Leicester’s significant literary heritage and passionate commitment to diversity and inclusivity.
​
The launch of the Joe Orton Statue Appeal will take place at Curve at 5.30pm on 25th July where invited guests and Orton fans will be presented with a short fundraising film from Sir Ian McKellen and Leonie Orton, as well as being given the first opportunity to pledge their support to the statue’s funding. Those wishing to pledge their support can do so at www.spacehive.com/joe-orton-statue-appeal

“A statue of Joe will ensure that a great writer is not forgotten, raise awareness of Leicester’s rich literary heritage and serve as an inspirational reminder that talent is everywhere and art is for everyone, regardless of social background or circumstance.”  Leonie Orton 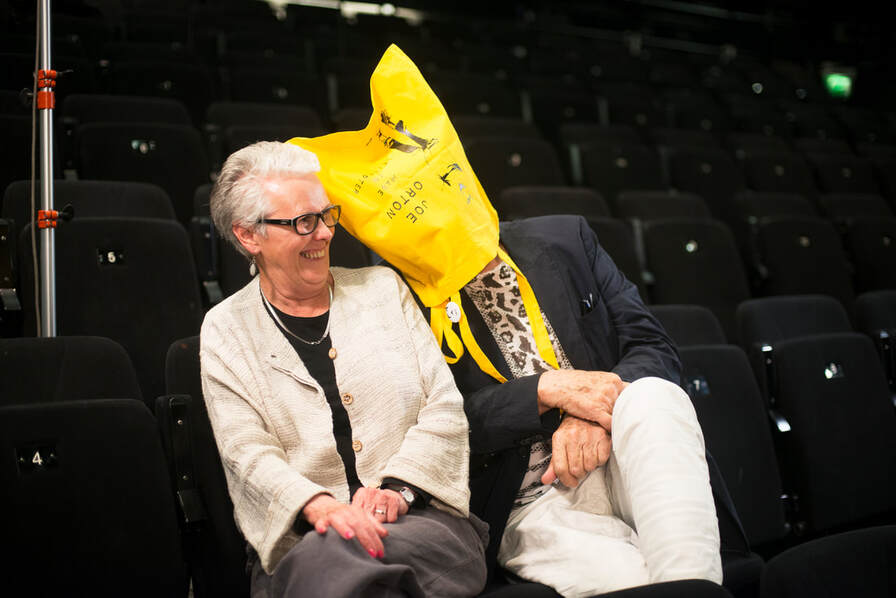 Leonie Orton with Sir Ian McKellen - (we love the Joe Orton Bag!)
Guests will also be able to take part in a silent auction to bid for rare items from the Orton Archive, exclusive theatre experiences and Orton artwork and there are some once in a lifetime  rewards for donating on offer including the chance to have your photo taken wearing Orton's coat, that inspired his famous statement: 'Cheap clothes suit me. I'm from the gutter. And don't you ever forget it because I won't.' and the chance to have his favourite actor Kenneth Cranham come to their house and read from the Orton Diaries. 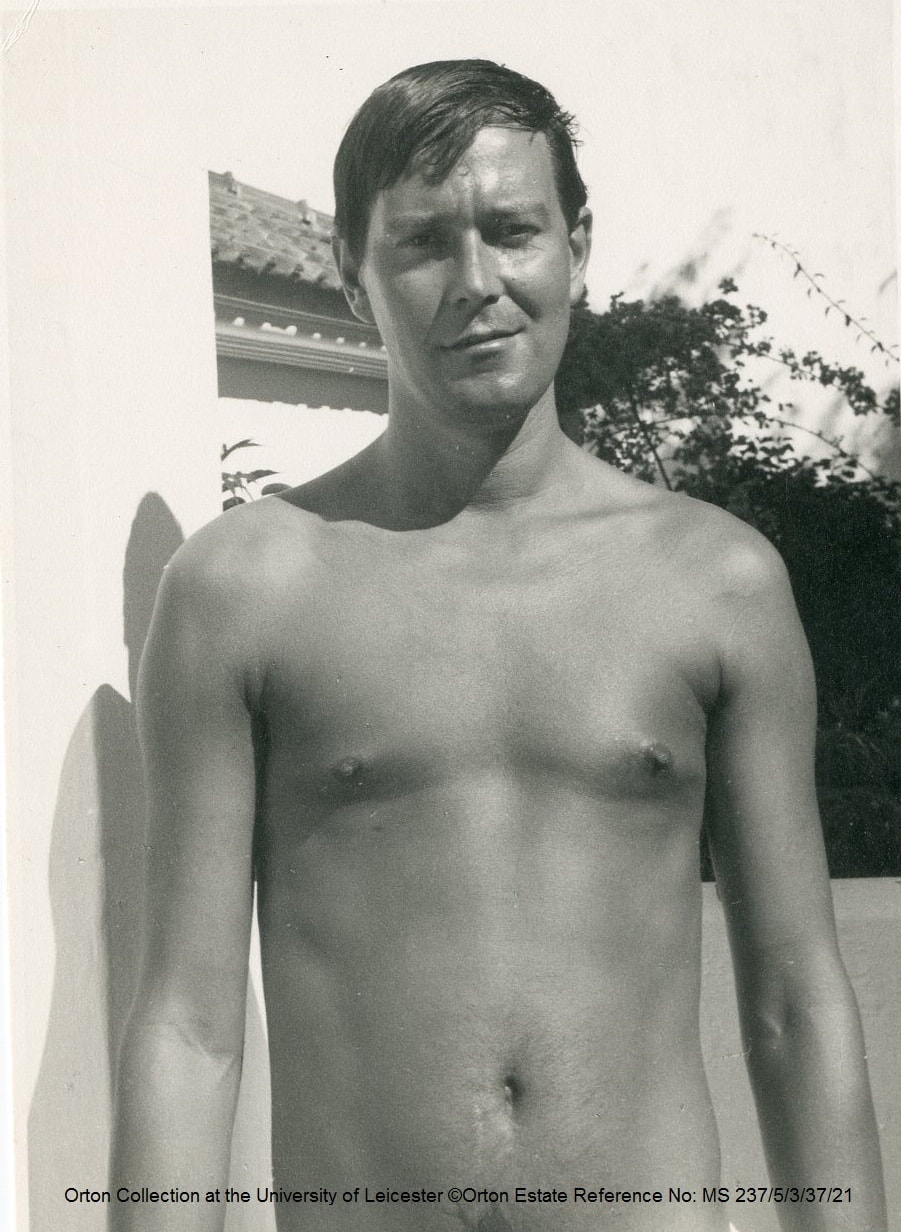 A host of celebrities including Sir Ian McKellen, Stephen Fry, Alec Baldwin, Kenneth Cranham and Sheila Hancock are lending their support to a fundraising campaign to have a statue of the iconic British playwright Joe Orton erected in his hometown of Leicester.

"I have craved Orton’s writing for a long time, whether I’m sitting on stage or performing in the cast. There are no comparisons. He’s a true original. Half poet, half devil’s apprentice. I never tire of his wit, soul and anarchy." - Alec Baldwin 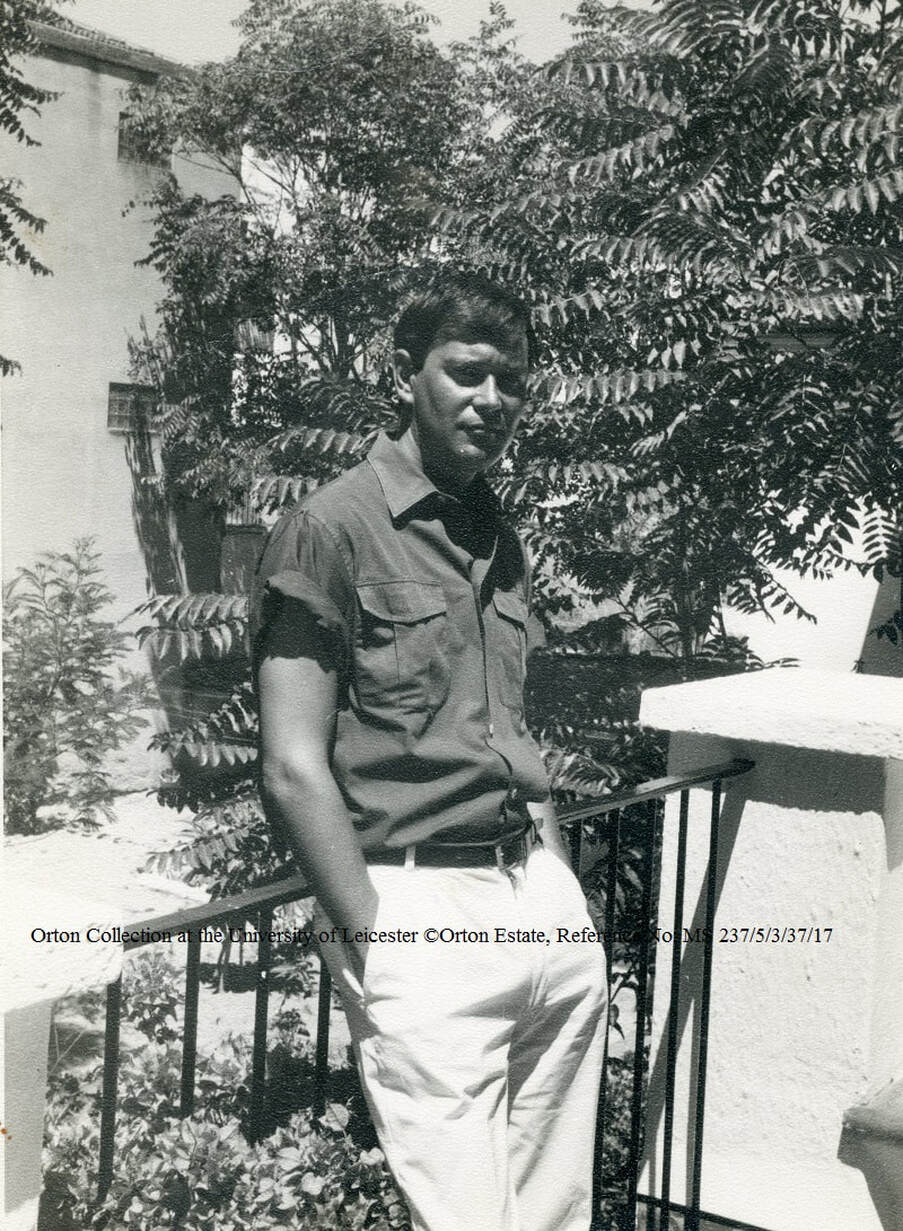 The fundraising campaign, Joe Orton Statue Appeal (www.spacehive.com/joe-orton-statue-appeal) has been organised by a committee of Orton fans in Leicester and is headed by his sister, Leonie Orton (pictured above with Sir Ian McKellen) and Dr Emma Parker, a leading Orton expert at the University of Leicester, home of the Orton archive, which includes manuscripts, letters and other original material written, compiled or collected by the playwright.
​

“'Joe Orton has always been a hero to me, both in his work and in the authenticity, wit and wonder of his life. A statue is a wonderful idea”

To be young, good-looking, healthy, famous, comparatively rich and happy is surely going against nature." When Joe Orton (1933-1967) wrote those words in his diary in May 1967, he was being hailed as the greatest comic playwright since Oscar Wilde for his darkly hilarious Entertaining Mr. Sloane and the farce hit Loot , and was completing What the Butler Saw but less than three months later, his longtime companion, Kenneth Halliwell, smashed in Orton's skull with a hammer before killing himself. The Orton Diaries , written during his last eight months, chronicle in a remarkably candid style his outrageously unfettered life: his literary success, capped by an Evening Standard Award and overtures from the Beatles his sexual escapades,at his mother's funeral, with a dwarf in Brighton, and, extensively, in Tangiers and the breakdown of his sixteen-year "marriage" to Halliwell, the relationship that transformed and destroyed him. Edited with a superb introduction by John Lahr, The Orton Diaries is his crowning achievement.

I suppose I'm a believer in Original Sin. People are profoundly bad but irresistibly funny' Joe Orton. This volume contains everything that Orton wrote for the theatre, radio and television from his first play in 1964, The Ruffian on the Stair, up to his violent death in 1967 at the age of 34. It includes his major successes: Entertaining Mr Sloane, which 'made more blood boil that any other British play in the last ten years' (The Times); Loot, 'a Freudian nightmare', which sports with superstitions about death - as well as life; his farce masterpiece, What the Butler Saw; The Erpingham Camp, his version of The Bacchae, set in a Butlin's holiday resort; together with his television plays, Funeral Games and The Good and Faithful Servant.
​The volume includes a revealing introduction by John Lahr, Orton's official biographer."He is the Oscar Wilde of Welfare State gentility" (Observer)