"The new album is intense – dark, layered, wonderfully atmospheric, fragile, and at times stripped bare – an album to get lost in….and then surface with Evi’s haunting and delicate vocals and the endless space. An intriguing band. I’m always amazed that 4 musicians can deliver such a large, dense and involved audio landscape while making it feel effortless…the musicians disappear and you are left in another world,” says engineer Phill Brown" 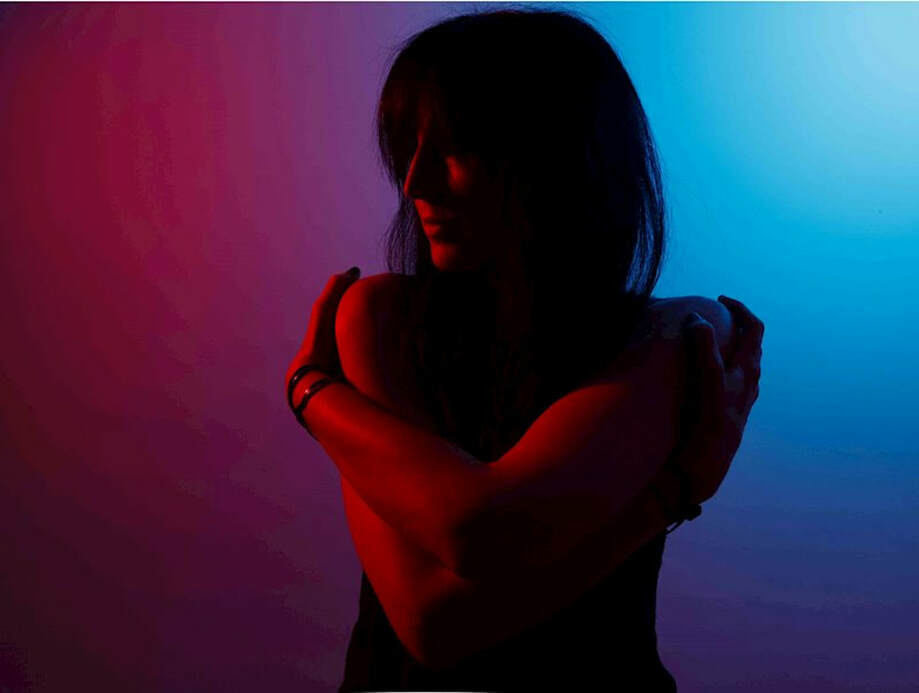 Evi Vine first performed this material live at Petit Bain in Paris in support of Brendan Perry of Dead Can Dance. Earlier, she released two singles off this album: 'Sabbath' with a thriller video by Craig Murray, long-term videographer for Mogwai, and 'My Only Son', a touching track inspired by a close friend's suicide. Writing this song helped her work through her pain. The accompanying video was directed by Phillip Clemo and shot byp Clemo, Colin Gary and Tim Shepherd.

As a group, Evi Vine is joined by Steven Hill, Matt Tye and David 'GB' Smith. Their music explores the dark elemental nature of the human heart, as well as environmental and post-apocalyptic themes. Sublime and haunting, they create a unique and uncompromising atmosphere with gossamer vocals and precise orchestration. Reverential, physical music, it evokes a rare experience that is beautiful, sparse and deeply intimate. 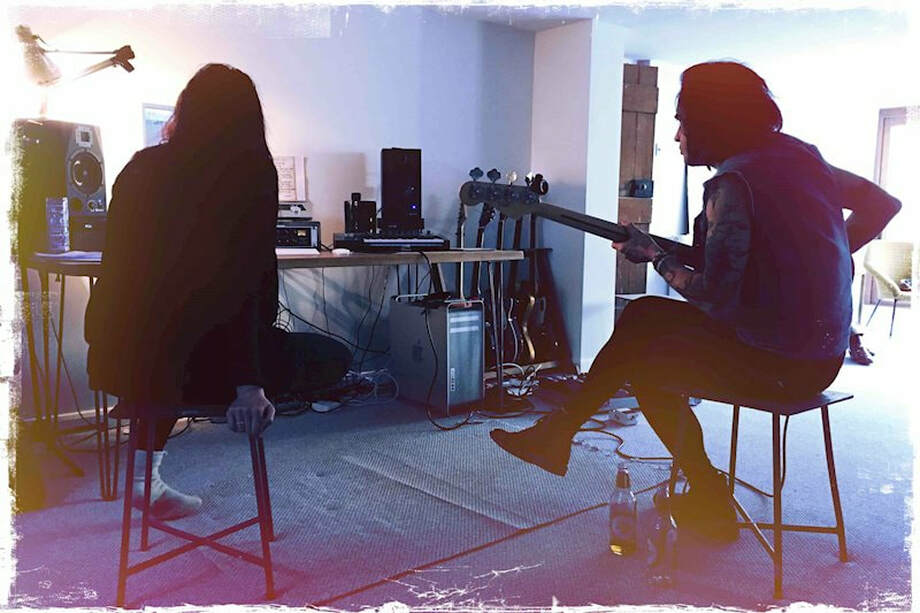 ‘Black Light White Dark’ is available across online stores and streaming platforms, including Spotify, iTunes and Bandcamp. It can also be ordered on vinyl or CD via the band's website with a full bundle package also available. The first pressing is limited to 300 copies worldwide." 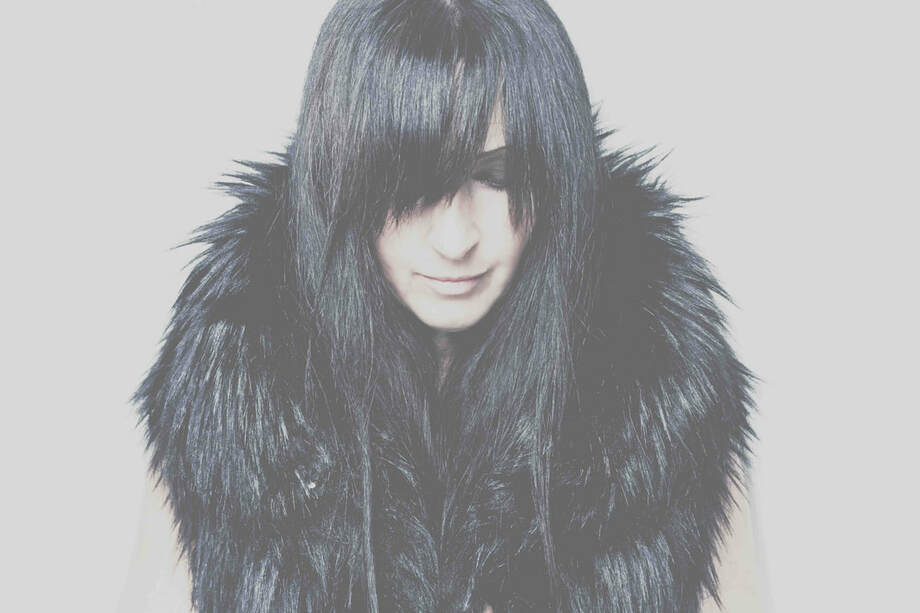 ​Hi Evi love the album, do you find it easy to know when a song is complete? Finished creatively... Do you know what I mean -? And to a greater extent a collection of songs? (Album)

Some songs are easier than others, most tracks come to a natural conclusion musically sonically but we do have a few unfinished pieces that we’ve been working on for years. An album is harder to understand, the focus is trying to get a moment in time or a chapter captured through the medium of music. Do all the songs work together? We hope so. Its like a camera capturing the mood in a moment. Its personal but hope that it speaks to the listener.

Also you’ve played the new songs live recently, does a song take on a new identity when you play it live on stage? A bit like (descarts i 🤔 think ‘death of the author’ )

Playing live brings challenges but provides amazing opportunity, each venue each space can bring a new energy that transfers into the work, and the buzz of a room can transform us as musicians as well. A song like Insider Her (from ..and so the morning comes’) has gone from a raw acoustic element to  a psychedelic desert soundscape.

How was your recent concert in Paris? How would you compare that experience to, say for instance, your many performances with The Mission?

Paris was an incredible experience and we feel very honoured to have been invited to perform with Brendan Perry. Dead Can Dance have captured a rare beauty with their work that have inspired many artists and Brendan’s solo work is no different. We were performing to a full house on the river Seine in the heart of Paris, what more could you want from a night… For Steven and I touring with The Mission was an intense roller coaster ride, our first major tour on a night liner with a big band, 4 months over 2 years, exhausting and spectacularly exhilarating at the same time.

Have you noticed in an ever changing music business, that is the way we listen to /pay for... music leaning towards the musicians/artists- it seems easier to produce music now but it appears to be a financial headache ?

Well..we’re broke! The model at the moment doesn’t support musicians, a government no longer values the identity that musicians have given the UK with the looming doom of leaving Europe which will be the final nail in the coffin who rely on the European market to keep them afloat. Its a constant challenge to find ways to continue to make records. We feel very blessed however to have an amazing fanbase who still buy physical records and without them we couldn’t do this.

​Can you tell us about your ongoing collaboration with Peter Yates and also your new ones with Simon Gallup and Martyn Barker?

Obviously working with Simon was an inspiration, one of the greatest bass players in one of the best bands ever, the collaboration had been a conversation over a few years and there was a small window for it to happen last year before everything kicked off with The Cure. We have known Peter for many years now, have worked together and toured on each others projects. We’ve also been working with Martyn for a number of years, his obviously one of the most incredible percussionists and musicians and we work together on a number of projects.

And I see you're a member of Beauty in Chaos with Schecter Guitar kingpin Michael Ciravolo. Do you have anything planned in that regard for 2019?

We were excited to have been asked on a remix of ‘I Will Follow’, which is due for release soon sometime this spring on Beauty in Chaos’ new ‘Beauty Re-Envisioned’ album. He is writing new material too, which we will explore together in the coming months. Michael is one of the most wonderful people I’ve ever met.

Changing away from music, can I ask you about a favourite book you may have? We had a section called books that changed your life... something that moved or influenced you? We'd like to update...

The Blindness by José Saramago - its one of the most terrifying truths about our species.

​I always try to ask artists about any other interests, was music your first /only love, or do you share ...

I wanted to go the art school to study painting and photography but life interrupted and instead I went out clubbing. But I have started painting again, I’m not very good but i learnt something from Peter Yates who also paints, just to let go of judgement and it's more about a release onto canvas than perfection. It’s very cathartic as long as you don’t expect too much of yourself.

We have a few festivals (Black Easter, WGT) and heading back into EchoZoo studio soon to start recording new material….

Thanks so much Evi Vine!

Thank you for your support Fran, and the great questions!
​
share