I had a lovely catch up with jack. I've transcribed more or less what we talked about it was lovely.
​ Thanks Jack best pp x 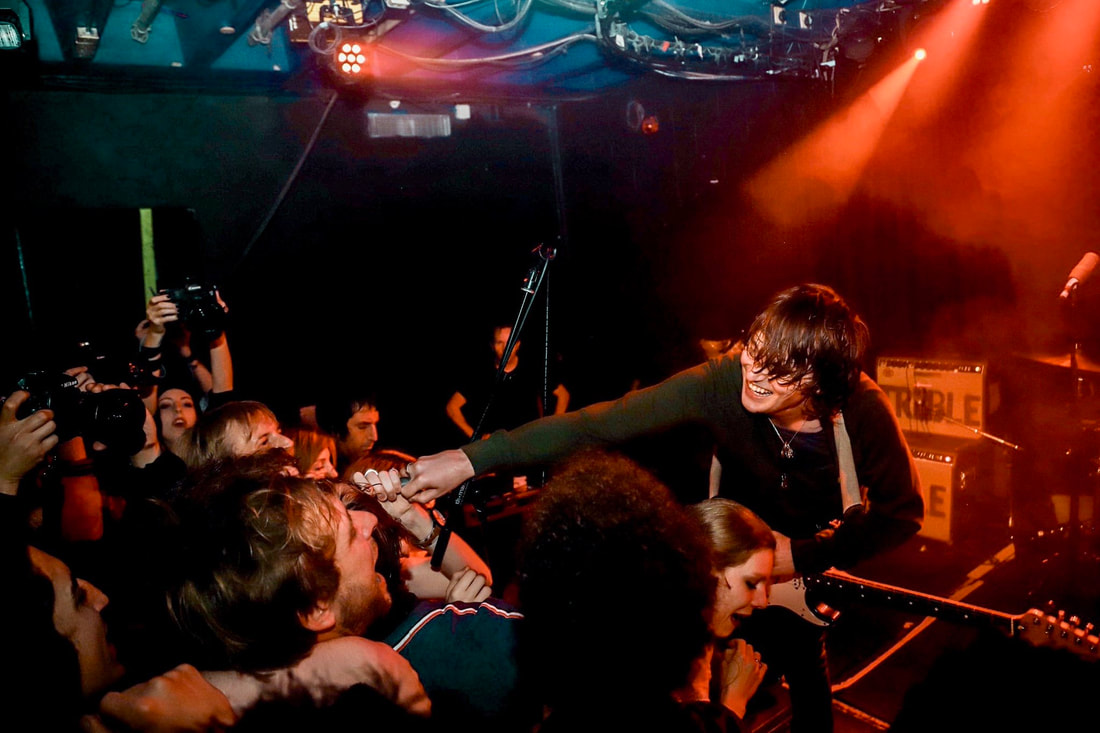 Jack doing what Jack does best in the world!
​How have you coped during lockdown?

It's been a difficult time of course Paulie, but in some ways it's been really beautiful. Because it’s meant I’ve been able to spend quality time with family at home. My Father in particular. I've never lived with my with my father. My Mum and Dad got back together after I'd moved away - 10 years or so; so in that respect it’s been really special. Just spending time with my Dad while he's been cooking. And then walking the dog together. You know, just catching up on 10 years; it's been good in that way.

He got you your 'Argos Fender' all those years ago. Any guitar shaped packages from Amazon yet?

Yes yes he did! No he hasn’t got me a new one yet but one day... I'm holding out for that.

We can take a creative positive out of the situation Jack. I’ve seen lots of streams from bands -  some coming from your direction...

Yes that’s true I suppose, I tried a few Trampolene quizzes - I’m so rubbish at technology but I think it worked?
It’s been tough Paulie. My girlfriends a doctor, she’s been working in a hospital. My Mum also works in a hospital so I've had a first hand insight into how  horrible and tragic it’s been.

Your girlfriend is over in the UK now?

I’m imagining you walking on the beach with Luna  but I’m probably way off the mark...

Sadly yes you are. Wales has had really strict rules, fiercely enforced compared to England. No-one  has been allowed on the beach at all.  You know really my only job has been/ is, driving my girlfriend to the hospital and then picking her up. Every time I get back after that I have to make sure all my clothes are removed outside before I shower straight away. Just to make sure we are looking after mum and dad who are in one of the vulnerable groups.

I haven’t mentioned Trampolene or music yet, lockdown has obviously affected it?

Yeah yeah exactly. Basically we’ve not been able to finish the new album which was so close to being finished. Just backing vocals, a few touches here but it was almost there.

What about writing have you been writing?

Yeah I’ve written loads Paulie. Lots of songs, loads of ideas but it’s just me and my guitar here you know. At first I was here in Wales without my guitar. Then just before lock down Gary drove across from London and left my guitar outside the house. Then he just drove off! I didn’t even see him.!

Oh bless him! You would have had to have made one - woodwork style… (Laughs)

Jack, the collaboration with Peter, brilliant, It’s just a gorgeous piece how did that happen?

Oh yeah! So what happened with that, well it was out of not being able to do anything really. I spoke/recorded the poem into my phone and then -  well my mate Mike he had some music stuff,  put the poem to the music which we sent over to Peter who put his vocals over it.
​ 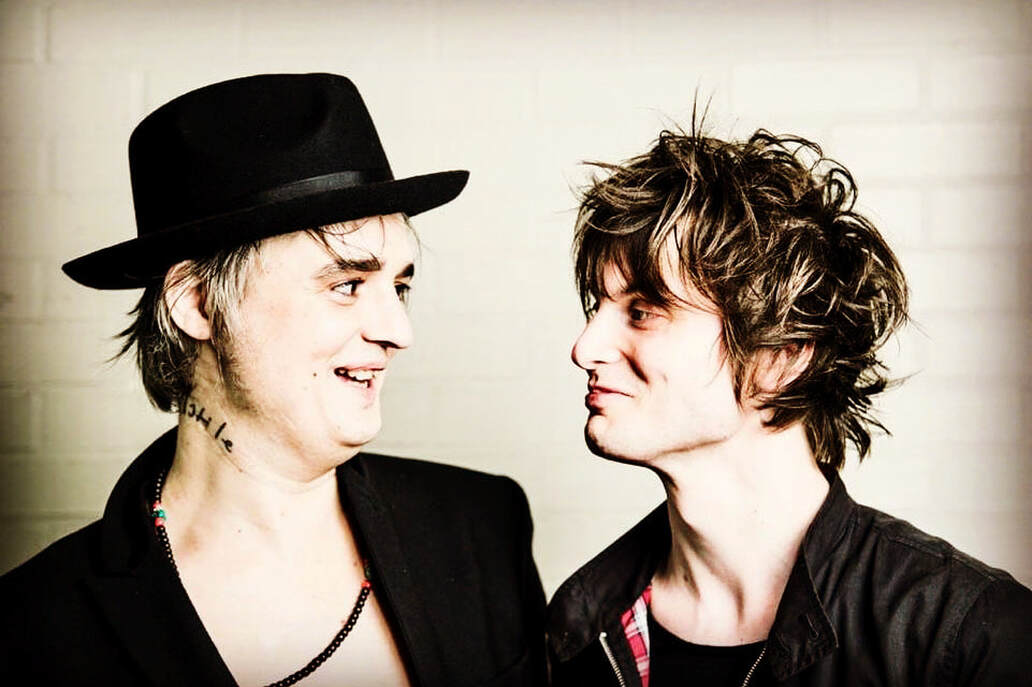 I was so pleased when I heard it, relieved - can I say this… because Peter is such a tour de force -  but he was clearly very sensitive to this Song -  his vocal along with the music is in perfect harmony to your poem!

Paulie I was so amazed when we got it back, I was shocked at how brilliant it all came together. And yes Peter's vocal was perfect harmony! It all just came together really well. No one really knew what it would sound like!

Have you spoken to Peter about it - he must have been pleased?

Yes, he so chuffed how it came out as well. We actually did five or six of them. I don’t know what happened to the rest, I think the idea was to maybe get other people to add as we went along. Hopefully they’ll all see the light of day at some point.
I’ve spoken to Peter a few times, we chat regularly. He called me on National Nurses Day to pass his love on to my girlfriend and co - and we’ve both been writing Corona Diaries! ​
​ 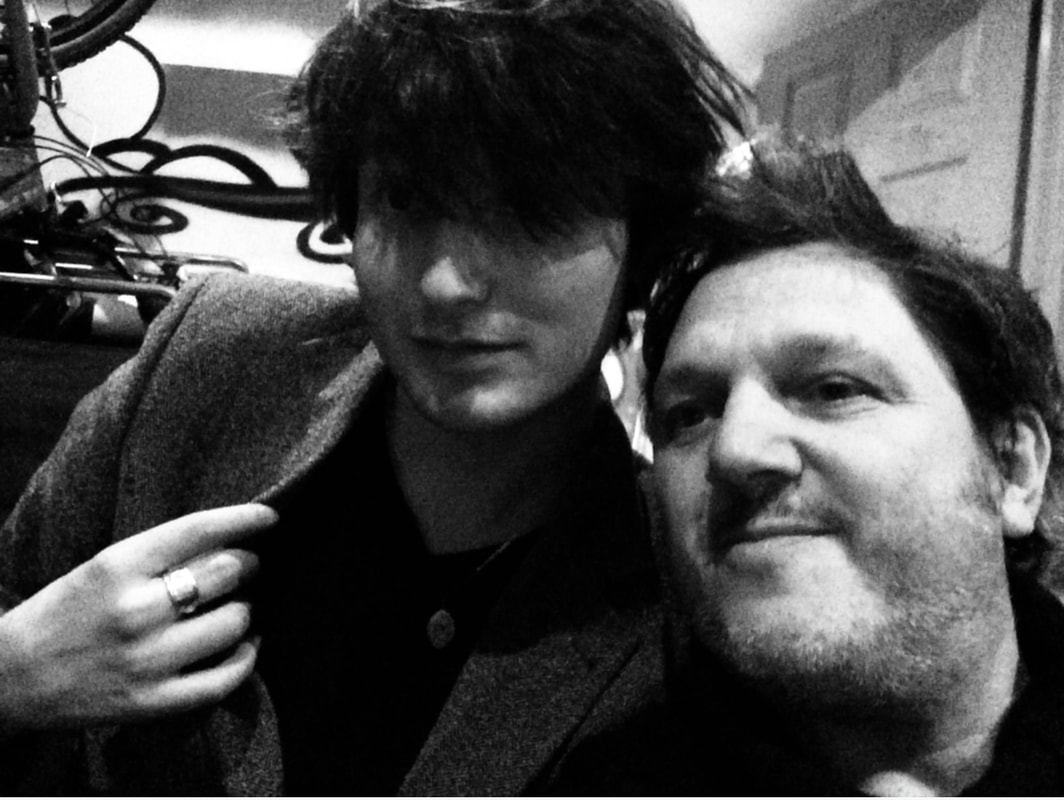 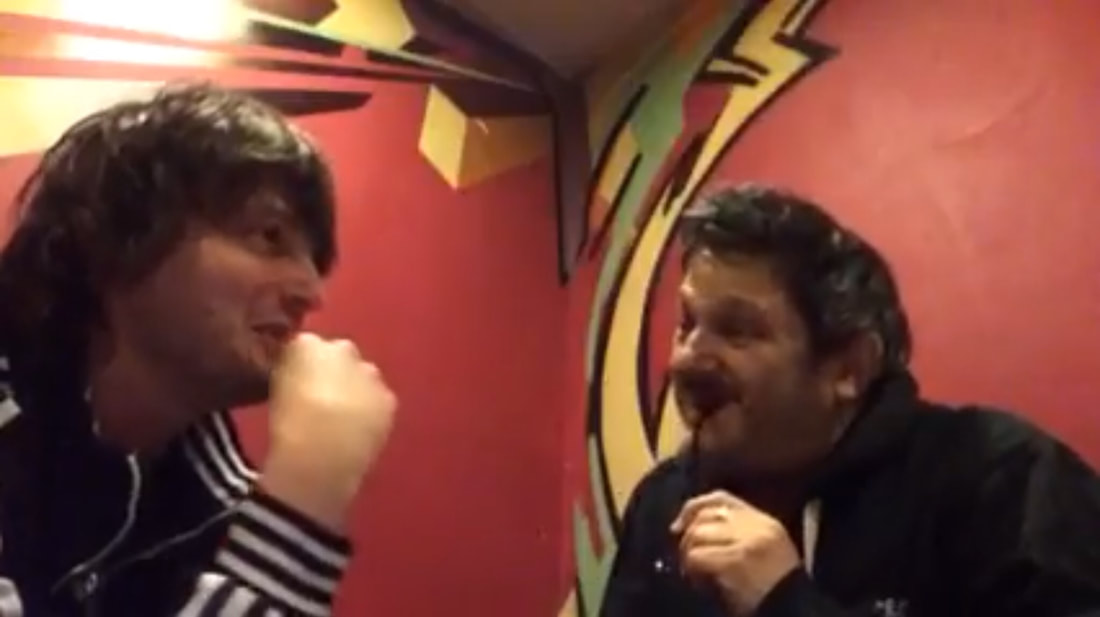 ​Jack I saw a post about Glastonbury from your corner of social media, were you supposed to play this year?

Well yes, were going to do a secret set on the Green Peace Stage …

Oh such a shame!

Have you got a favourite Glastonbury moment?

So many good ones but one that stands out is sitting underneath the Glastonbury sign with Wayne. Looking down at the whole scene when we first played there. Both of us thinking - “Fuck Wouldn’t it be great to make it in the band..!”

Beautiful Jack and I suspect very Prophetic --
What year was this, the first time you played Glastonbury?

But you’d done stuff there before?

Yeah I’d done Poetry, Acoustic sets, I’ve got so many Glastonbury experiences Paulie. So many different memories. I’ve had some of the best times of my life at Glastonbury and some of the worst!

Well that’s what Glastonbury does! I agree with you Jack and I’ve only been twice! (Laughs)

Glastonbury can pickle you Paulie you know that. If you have a rough night in Glastoburry, the comedown…. I remember thinking I’m in the most beautiful place in the world and I hate it! But that was my own fault I have to say - Glastonbury comedown’s —-

You and Wayne have been through so much together Jack. I loved his painting on the cover of 'Uncle Brian’s Abattoir'.

I know! Wayne's  doing the album cover as well! He’s in Ireland painting at the moment actually.

How did he get there?

I don’t know but he’s there! He’s a strong swimmer! (Laughs)

You know Paulie Trampolene has had a brilliant resurgence recently. It’s been so sweet because Tim Burgess loved our albums. Through that we got to do his listening parties. This brought so much more awareness to our albums so much so we sold out of ‘Swansea To Hornsey’! And then the success of the Peter collaboration it’s going to be interesting what happens when we start gigging again!

You’ll probably get booked for Che Stadium! (Both Laugh)

Did Tim ask for his famous fleece back at all?!

(Laughing) Yeah he did ask for it back I said it’s mine now mate….
​​
​I was so happy when I saw that Listening party programmed. Then you did another one?

I know! Obviously Swansea To Hornsey was the big one and then Tim got us back to do the double album ‘Pick a Pocket or Two’ which is one side acoustic songs and poetry, the other more Rock n Roll. What was great was that Tim did the first side one night & followed the night after with the second. So people could get into the story of the album.
Paulie It’s been amazing how ’Swansea To Hornsey’ has taken off since that listening party. It’s mad!

Jack that album is going to be timeless. The more you listen to it the more you get it; because of all the emotion you put into it. Everything you put emotion into Jack it lasts forever we’ve spoken about this before. The emotion is carried in the piece, song,  poem ….

That's such a beautiful thing - can you quote me as saying that… (Jack Said that!)
(Laughing Loudly together) I’m writing that down now! It’s a perfect line -  I’m going to use it in my next interview…

What about if I say we came up with it together?

What “my mate pauliepaul said this.. and I totally agree with him…”  (Lovely Laughing)

Jack when all this lockdown shenanigans - ( I can’t say shenanigans because that word has a dubious connotation but it’s a great few words) Is over. Have you got a plan of what you’re going to do next? What are you going to do?

I Don't Know! Nobody knows is the answer to that Paulie. Obviously the first thing we want to do as a band is finish the album. That means getting across to the studio in London!

So I might get to meet up with you for a whiskey then?

Yeah Exactly, Whiskey . Com mate - (Laughter)
​
I can’t wait for your new album, I’m excited with you. Are you still planing to work with Peter and The Puta Madres? Please say yes….

Hopefully Yes. The plan is to do another Puta Madres album as soon as we can meet up. The Puta Madres are scattered all over Europe - a group of damaged individuals making music together … (Laughing)

Yes but when they come together Jack! It’s probably my favourite Peter Doherty incarnation - (poss because you’re in it..)


Jack you must miss Luna when you’re away!

Well the pubs are opening on the 4th in London Jack it’s going to be carnage!  Expect you’ll be in Mertha Drinking and fighting away

Paulie I haven’t had a drink, well this is my ninth month!

Nine months can you believe it?

How is that, do you miss it? Has your mind done the cleared thing?

I’m loving it at the moment because it’s helping me focus when I need to focus. On the album for example and on things I really want to do.

Jack I know how much you feel about your fans. What you give/put into your live performances is second to  no-one! Your fans will testify with me 'your honour'… Have you been doing social media stuff, is that important to you?

Paulie it’s one of the main things I’ve loved about lockdown. Ok, In the past I’ve been a social media arse. But I’ve just embraced it during lockdown. I’ve been loving how much we’ve been connected to fans/people all over the world!