By James Kleinmann
This week saw the opening of a month long memorial exhibition of New York artist Philly Abe (July 8, 1949–January 30, 2018) at the East Village gallery Howl Happening.
Born in South Philadelphia, the artist and performer, Philly/Kondor 8, had been a resident of New York’s Lower East Side since 1983. An active figure in the LES art scene, she made an indelible impact on that neighbourhood and far beyond.
​ 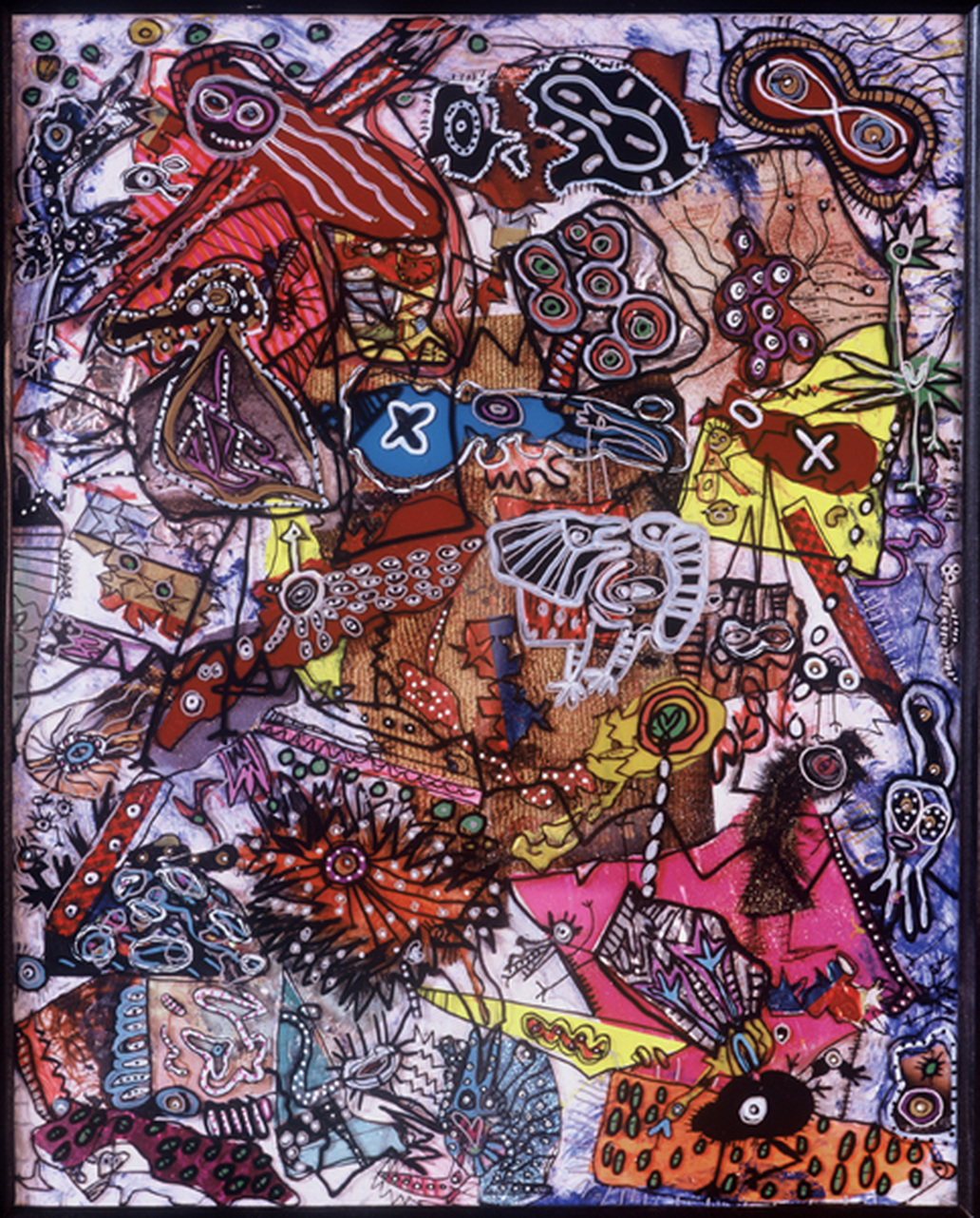 Pic Link - Howl Arts Blog: https://www.howlarts.org/event/philly-abe-this-side-of-heaven/
​The Howl show features a selection of Philly’s vibrant, brooding, energetic collages, sketches and paintings and ephemera such as vintage performance flyers and clothing. With many of the works there’s so much to take in, including witty, poignant writing and in one case a flattened, long dead bird. There’s an eerie and amusing work consisting of a wooden box marked ‘haunted, do not open’. The collages urge the viewer to actively study the work for detail and meaning.
In a cover story on Philly’s art for Raw Vision magazine in 2009, Jenifer P. Borum described her process as “a hybrid practice that has consistently harnessed both punk irreverence and graffiti transgression to channel demons.” In her own words, Philly defined her approach as “old style thrown against the wall of now - spray paint noize markers collage - with one foot in the Stone Age and the other in string theory.”
​ 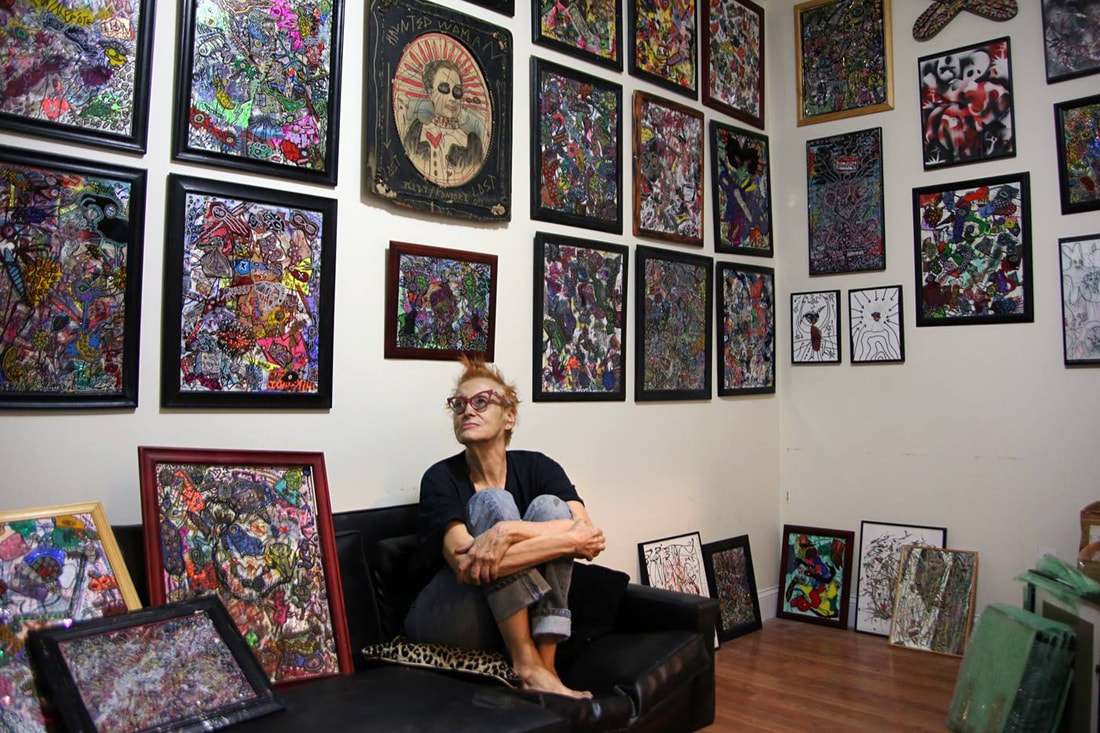 ​As well as featuring her artwork, the Howl show will also host events focused on Philly’s life and work, including a screening of Todd Verow’s ‘This Side of Heaven’ on Friday 13th April at 7pm, in which Philly stars as V.
First meeting filmmaker Verow when he answered her roommate wanted ad in The Village Voice in the late 1980’s, the pair went on to collaborate on movies together for over two decades. In a recent interview with Gay City News, Philly told Gary Kramer “Todd Verowand the Kuchar brothers are my favourite influences and people to work with. I believe in magic and working with directors who are effervescent and creative beyond all human comprehension.” ​
​ 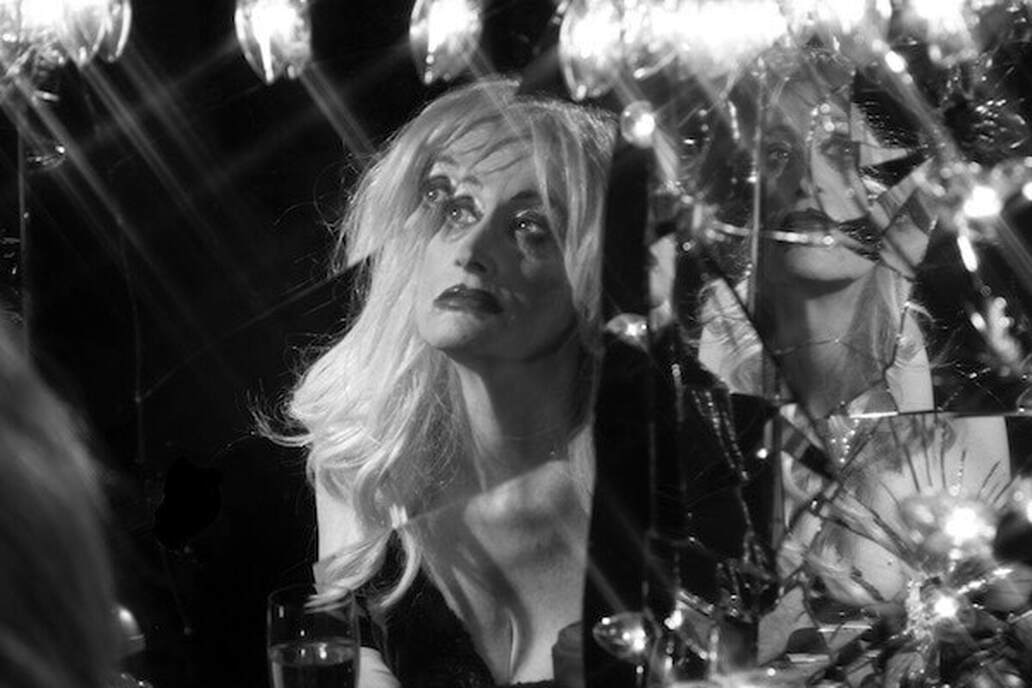 gaycitynews.nyc/philly-became-lower-east-side-queen/
​In the 1980’s Philly could be found performing in now legendary venues such as the Pyramid and Danceteria, and taking to the stage at the annual outdoor drag festival Wigstock in Tompkins Square Park. On screen, Philly starred in Mary Bellis’s ‘Agent of Paradise’ (1982), a rarely screened work which Philly was righty proud of. The film is described by New York’s Film-Makers Co-op as “an historic time capsule…that captures a time and place in the East Village that is rapidly fading away as gentrification is transforming the neighbourhood rendering it unrecognisable.” It features LES artists and performers including Tom Murrin the Alien Comic, Tabboo!, John Kelly, Arleen Schloss, and the Dumas Attack Group. ​
As well as making her own short films, Philly appeared in several films by Mike and George Kuchar, and worked on others with Jack Waters, Jack Banner, Xan Price and more. In the years before she died, Philly was the subject of a forthcoming documentary film by Elizabeth Nichols.
​ 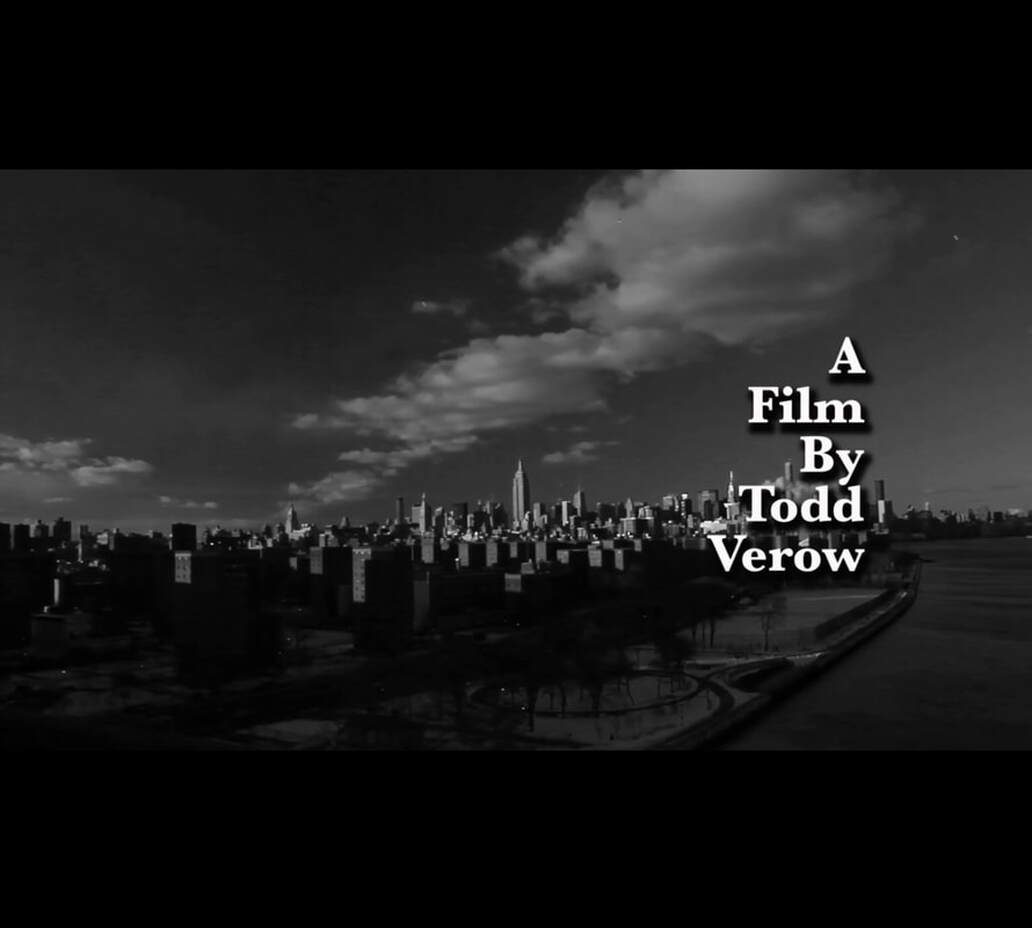 Raw Vision #66: https://rawvision.com/articles/phillykondor8-ghosts-lower-east-side
​Philly fronted the punk band Eager Meat in the late ‘90s, releasing the album America is a Theme Park. Her urgent, chaotic power as a singer is showcased in the Todd Verow film ‘Once & Future Queen’ (2000). Philly told Gary Kramer earlier this year about a screening of the film at the LA Film Festival, “when we showed that at the Director’s Guild, people kept wanting to party with me. But it’s not me. If I were the characters I play I’d be dead! It’s acting. I’m channelling. I’m opening myself up to the possibility of anything entering me while I’m working. I’m a great believer in mysticism.”
In January 2018, Philly was the recipient of a lifetime achievement NYC Acker Award. Co-creator of the awards, Clayton Patterson, describes them as “recognising, honouring, saving and preserving the memory and the history of the creators who were pioneers in their endeavours, mentored, inspired, turned on, opened doors, led the way for others to follow. The ones who contributed much but never joined the mainstream.” From that description Philly was certainly a much-deserving recipient of the award.

As well as an opportunity for those who knew her to celebrate her, the current Howl exhibition is set to bring Philly’s art to a new audience in an East Village vastly different from the neighbourhood she arrived in thirty five years ago.

THIS SIDE OF HEAVEN from Todd Verow on Vimeo.

ONCE & FUTURE QUEEN from Todd Verow on Vimeo.