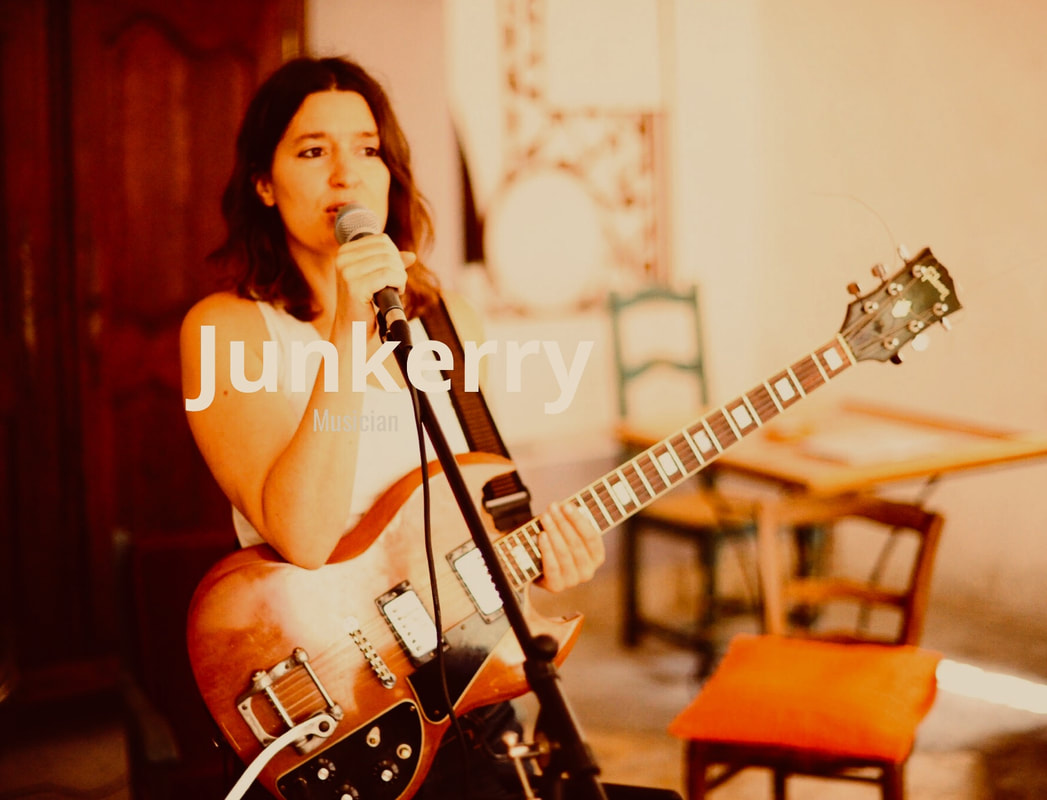 Junkerry Interview - Click
This had me at the monkeys.... it's just brilliant. We're looking forward to talking with Junkerry  imminently so look out for that! I'm just too impatient - In the meantime just enjoy this - pauliepaul (I just wish ....spoiler monkey spoiler) Love This!
Junkerry is taking a different path to many musicians, she collaborates with visual artists and tech companies to create contemporary music based art projects.

The Junkerry ethos is to merge artistic disciplines and genres, to experiment boldly so each project stretches the imagination and process of everyone involved.
Junkerry is currently one of only a handful of artists who performs live using voice, electric guitar and live computers with tailored Max msp patches and Ableton Live. A counter culture artist with a growing cult following. Junkerry, composes, writes and produces everything at her simple converted monastery studio in the South of France.

Born in Paris, she lived in India for 8 years studying Indian Classical singing - this influence allows her to sing in English, French, and Hindi. Since returning to Europe Junkerry has been creating genre bending projects. Collaborations have included Royal Collage Of Art, Google Tilt, Room One VR and IRCAM, and in 2016 she created the world's first art-inspired 360 virtual reality music video with London illustrator Patrick Morgan. Her latest music/film project ‘Miss Baker’s Ride’ was nominated at Los Angeles Film Festival, and for NASA Cine Space 2017 Best Short Film, the only music video ever nominated! ​
The Story Of “Miss Baker’s Ride”:
After a decade of losing monkeys and falling behind USSR in the race for space. Miss Baker, a small squirrel monkey and Abel a rhesus monkey, were launched into space in 1959, they became the first primates to return alive! Paving the way for President Kennedy to push for future space exploration, - sadly Abel died 4 days later. Miss Baker lived as a heroine until the ripe old age of 27 becoming not only the first monkey to return from space but also the oldest living squirrel monkey on record.

The film is a contemporary graphic novel - using Japanese calligraphy as its inspiration along with current VR film techniques. Its combined with original footage from NASA's achieve, so we get to see the super cute little Miss Baker…
google.com, pub-1336815800049544, DIRECT, f08c47fec0942fa0