The Sex Pistols need no introduction, but Glen Matlock's post Pistols work is every bit as impressive. In this interview with Eoghan Lyng, Matlock discusses his work with Ian's McLagan and Hunter, as well as his fiery newer work with guitarist Earl Slick.
Without a doubt The Sex Pistols have become a Cultural Milestone - almost a do you remember where you were - I was too young to appreciate but played a big catch up. It's a privilege  publishing an interview with Glen Matlock - just is - best pp

The youngest Sex Pistol at only 16 he joined the band and co- wrote most of the iconic album ‘Never Mind The Bollocks’, including the hits ‘Pretty Vacant’, ‘Anarchy In The Uk’ & ‘God Save The Queen’.  In true punk fashion he left amidst controversy and spitting feuds, but we’d expect nothing less from the band who spawned the punk movement.
​Glen has played, performed and written with many greats from decades of music including Iggy Pop, Ronnie Wood, The Dammed, Primal Scream, Mick Jones, Midge Ure, Gary Kemp, Wendy James and contemporaries from the punk scene Rusty Egan, Mike Peters, Tom Robinson & Kirk Brandon. Summer 2018 sees the release of his long awaited solo album, ‘Good To Go’, featuring long- time friends and recording comrades Earl Slick &  Slim Jim Phantom (Stray Cats)
​

Glen you've got such a lyrical style of bass playing; who were your influences?

Well, you mentioned The Faces. So Ronnie Lane of The Small Faces. Entwistle was another. I listened to a lot of Motown, people whose names I didn´t know. Must have been people like Carole Kaye. Strangely enough, I later listened to Holger from Can and Klaus Voorman. Two German bass players. They´re all from the songs I liked.

Playing with The Faces must have been legendary. How was it working with Ronnie Wood?

When I was fourteen, they were the band I pictured myself when I looked in the mirror. Fantastic to play with them. That was in more recent years, we didn´t do a lot of shows, but the last one we did in Fuji in Japan, we played to something like fifty thousand people. You can´t argue with that!

It wasn't Rod Stewart, was it?

No, Rod didn´t do it. Mick Hucknall did the singing. He´s a really good blues singer. But yeah, fantastic to play with the guys. This was the band that introduced me to The Staple Singers, Bobby Womack. I learned of a lot of music through The Faces. Kenney Jones is such a good drummer. I´d played with Ian McLagan in Rich Kids, so I knew him from before. He´s no longer with us, sadly. We´re all sort of London people.

Midge Ure performed with Rich Kids. Did you write much with him?

No, not really. He wrote and I wrote. It´s just how I work, I suppose. I did some writing with Steve New, he´d bring some his contributions and parts to songs. Midge would bring a very good interpretation to my songs. We played well together. 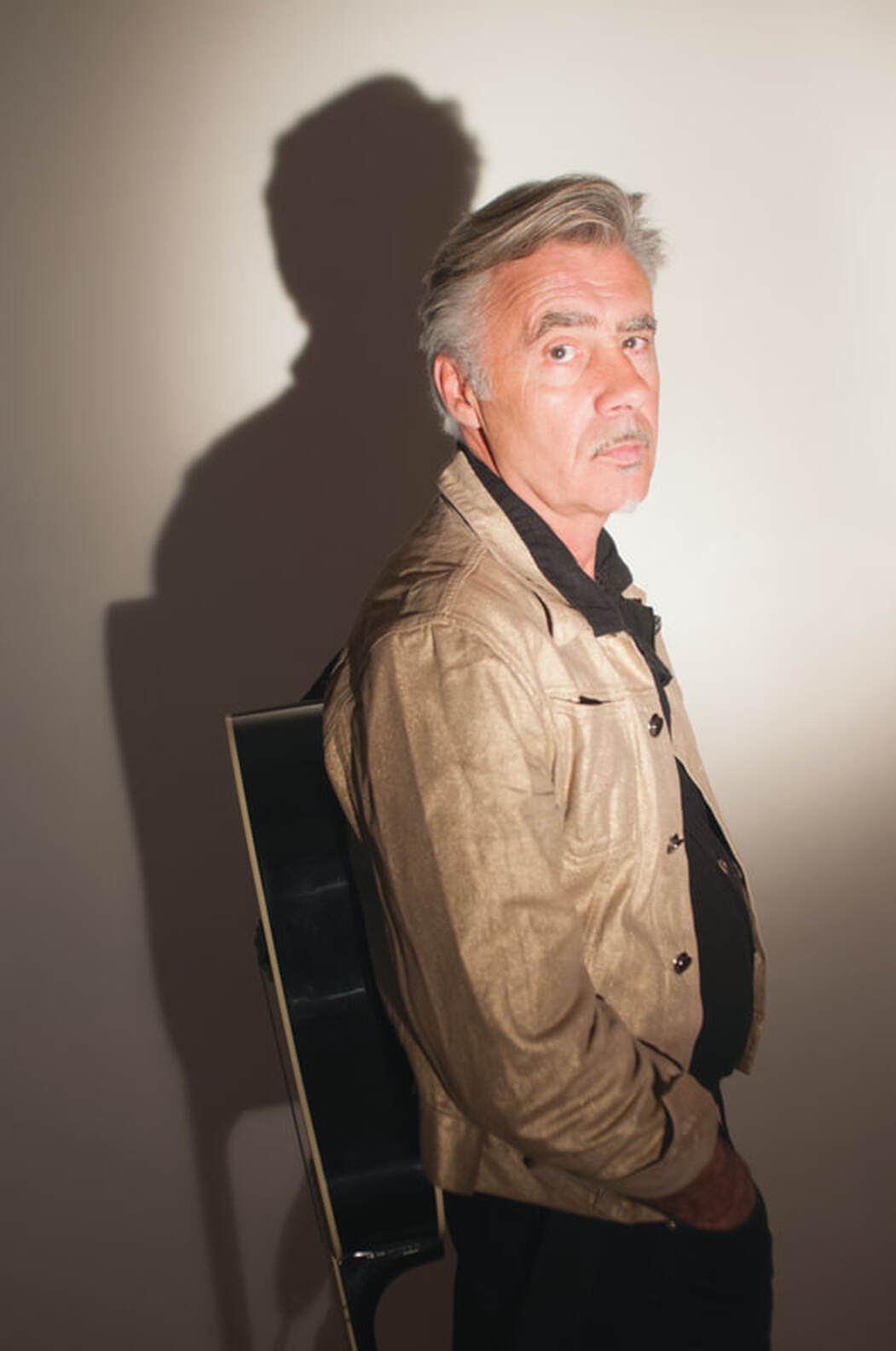 ​Am I right in saying you performed with magnanimous Ian Hunter in the eighties?

I first met him through Mick Ronson. It was for the You're Never Alone with a Schizophrenic album.´It was supposed to be Simon Kirke on drums, but somehow he couldn´t make it.  It was exciting being in Wessex Studios. Ian had a few songs, but we weren´t doing a lot of recording. I said to him something to him, he must have felt he earned the right to sit around the studio. He then wrote a few more songs, went to the States to record them with the E Street Band, so I probably should have kept my mouth shut. Then there was Dirty Laundry which I played on. I really liked the cover of the album, with a washer machine.

"I think I was the chief instigator at first. Everybody chipped in, but there's a lot of me in the first three singles. I wrote the lyrics to “Pretty Vacant."

You mentioned Mick Ronson. Did he introduce you to Bowie?

No, I met him through Iggy Pop. It was when I was touring with Iggy, he was always late, and there he was. Iggy brought David Bowie with him. And of course he then starts performing with us, which was something. I met him [Bowie] a few times after that, a very positive, encouraging type. Playing with Iggy was the first time I played in the States. I was twenty-three, I think.

As a Beatlemaniac, I first discovered Earl Slick on Double Fantasy. How did you first hear him?

I must have heard him on that album without realizing. I saw him play with David Bowie a few times. I played a session with him and Clem Burke about ten years ago. We got on well, and kept in some sort of contact. He and I are working together now. If I sound tired, it´s because we´ve just played three gigs. Earl´s staying in the spare room with me.
​ 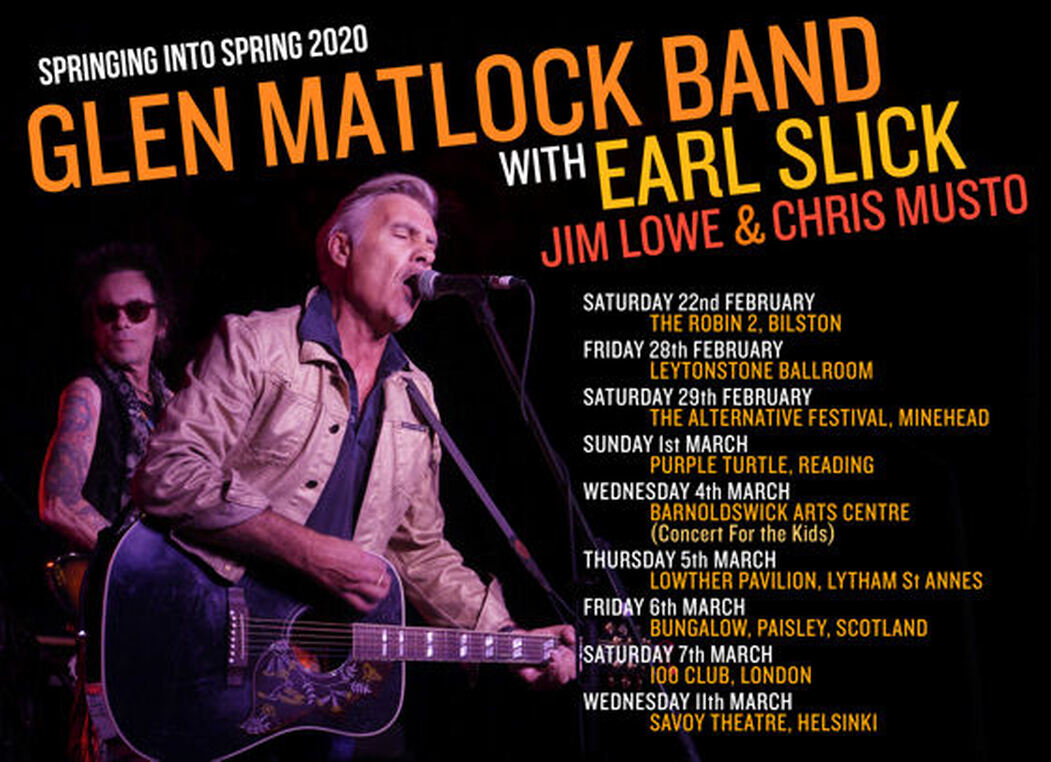 In concerts, you play God Save The Queen in skiffle style. Do the chords lend themselves to skiffle?

No [laughs]. I call it skiffle, but it´s played on acoustic. People can call it what they want. A lot of the rhythm guitars on Spiders From Mars are acoustic. The songs I wrote for The Pistols were on acoustic and when I play it like that, the Eddie Cochran thing comes out.

Were you the Pistols chief songwriter?

I think I was the chief instigator at first. Everybody chipped in, but there's a lot of me in the first three singles. I wrote the lyrics to “Pretty Vacant”. John changed some words, but in my recollection I wrote them. That one's a bit poppier than the others. But it´s still not “bring out your dancing shoes”. It's how it is, I prefer it when there´s one person to something being written by a committee. It's like new cars. You see a mini, that´s designed by one person. Then there´s the new electric cars. What do you call- a Prius! Those have been designed by lots of people. There are bands that everyone can write together. The Doors did that. But then again, “Light My Fire” was written by the guitar player. Robbie Krieger. 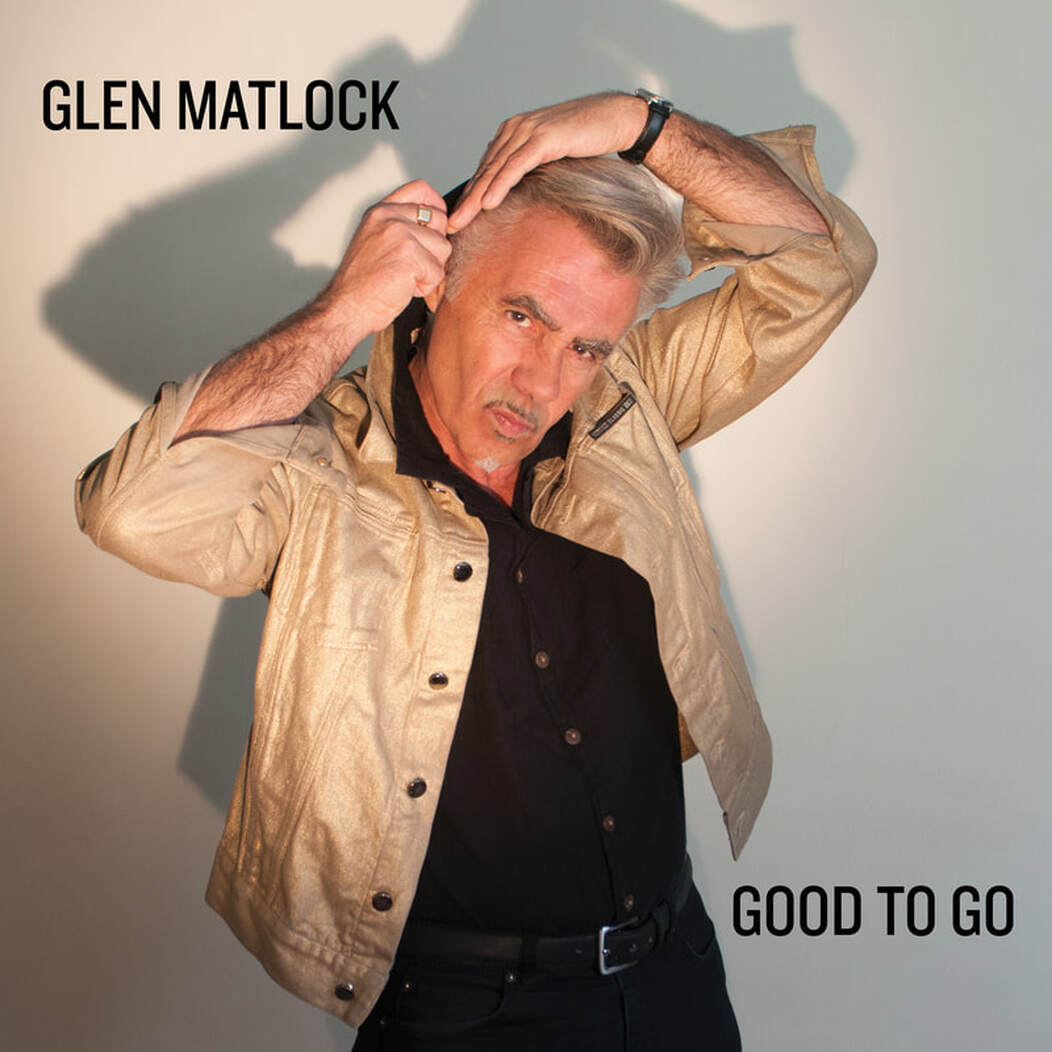 Talking about guitars, which do you prefer playing; the four string or the six string?

When I'm singing, I like to play guitar. I can sing and play bass, but it´s not the same. We need finger pointing in rock, and I can't do that if I'm playing the bass. I need to put on a show.

Rod Stewart did a lot of finger pointing with The Faces

Yeah, imagine him trying to twirl a microphone around while playing the bass! So, I like to play bass when I'm with another singer. I play guitar when I´m singing.

You wrote the guitar heavy Keep On Pushing . What´s it about?

That was on the album I released a year or so ago. Basically, it's about keeping up what with all the craziness and this terrible Brexit thing. I imagine a lot of people are writing about Brexit. So that´s what the song´s about. That was on the Good To Go album and I've just recorded another one. Hopefully, that will be out this year.
​
​What can fans expect from the album?

Twelve good songs. Eleven I wrote, one´s a cover. The recording is done, but we still have to do the mixing. I guess there´s a bit more soul on this one. People say to me “have you heard this band?”. And I think, there´s hundreds of bands from before you were born. So, I think I bring that stuff. Earl gets it. He says “what guitar do you want?” and I might say “ 1964 Yardbirds”. He knows what I mean; he´s not bad at all!

Where are you playing next?

We´re heading up North. We´re playing Paisley and Glasgow soon. Then we´re off to Boston. I´m doing an acoustic gig with The Dropkick Murphys. I´ve toured with them before. That will be a St.Patrick´s gig.