​Release
‘GIVE UP’
​New Single Out On
25 Hour Convenience Store

‘Give Up’, the follow up to last year’s ‘Forever’ single, was recorded with Andy Saviours (Sigur Ros, The Killers & My Bloody Valentine) and will be available digitally at all the major outlets. An Infectious, swirling pop noise that takes influence from the likes of The Horrors, Jesus and The Mary Chain and Echo and The Bunnymen, the new track is accompanied by a video directed by Morgan Sidle.

Formed just over two years ago, the PUREST line up of James Rollings (guitar / vocals), Danny Davidson, (bass), Richard Bithrey (guitar) and Ashley Platts (drums) and in their early days picked up a steadily growing fan base in their hometown of Sheffield on the back of their raucous live shows. Dates in London soon followed and they came to the attention of several labels including The Libertines drummer Gary Powell’s 25 Hour Convenience Store imprint who released the band’s debut single ‘Waiting For’.

The track was critically acclaimed on it’s release by the likes of Phacemag, Clash Magazine, Gigslutz, Dork, Fred Perry and Gigwise and saw them pick up radio play on BBC Radio 1, Amazing Radio, BBC Sheffield Introducing and John Kennedy’s show on Radio X. Since then they have toured the UK and Europe extensively and most recently supported The Libertines on their dates in November 2019.

A truly innovative and exciting live band, PUREST are set to play a string of live dates over the coming months during which time they will also be in the studio putting the finishing touches to their forthcoming debut album which is expected to arrive in the Summer.

"There are so many quality elements to this band all culminating to create what is an amazing sound! Love this song." : Phacemag 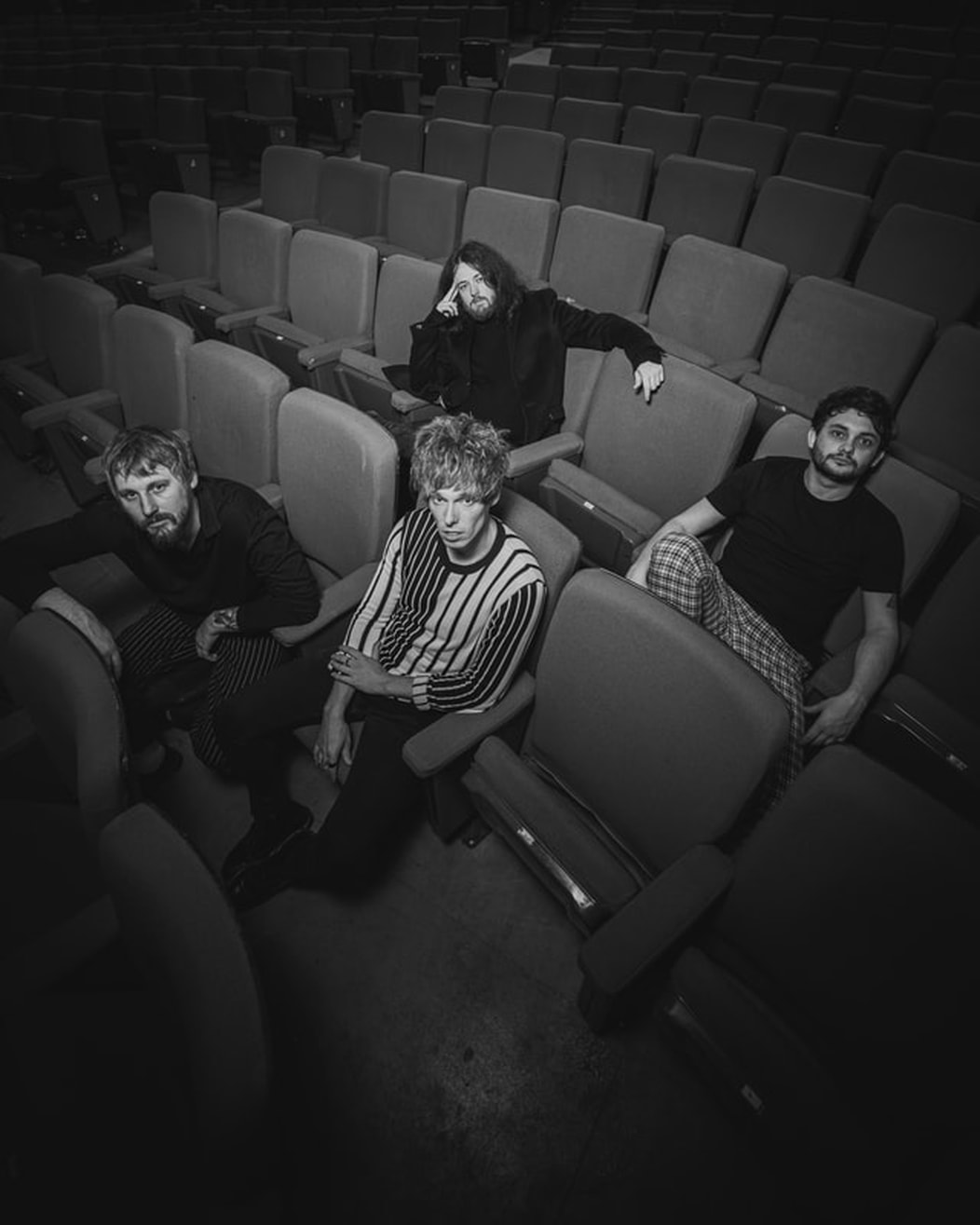 Hello guys, firstly are you all from Sheffield? (I do have a soft spot for that city)

Hi paulie, well yes & no. We're all actually from the surrounding areas; a couple of us went to university here when we started the band the rest of us are from Barnsley and Doncaster.

That's a pass... ;-) I’m hearing Psychedelic Furs as well as other influences mentioned in your press, are there any Human League or Heaven 17  fans in the band?

We do like those bands, I’ve actually seen the Human league play in Sheffield last year and my parents are big fans, i’m sure some facet of that may be present in our music but we’re more influenced by guitar driven bands Echo and the Bunnymen and the Libertines etc...

Of course that question was me showing my age. Before I go on I have to say that as a band you have so many quality elements that all culminate into a sound that would make The Bunnymen or Libertines very proud.
Can I ask you about Sheffield. I probably mentioned The Human League because of my association with the city.  I did a Film Studies A Level in Sheffield before I moved to London. Is the Frog & Parrot still there, and that great Division St atmosphere?

Yes the Frog and Parrot is still here and division street is a great place to be especially during Tramlines we often see new bands in there.

There is a thriving community of new bands coming through who we associate with, It’s always been a hub of talent for new bands and guitar music in general.

Back to music are you happier playing live or working in a studio environment?

It changes, we love the creative process of writing and recording but you can easily become consumed in it. It’s also nice to see a crowd react to music you’ve spent so long crafting and deliberating over.

How important is a producer to you?

Producers are very important to us. We’ve had the pleasure of working with some great producers such Gethin Pearson , Dan Austin more recently Andy Savours and Gary Powell and it’s always interesting to see someone else’s take on your music as it’s always different, we love the process of re-arranging and trying new ideas out.

Do you know when a song is finished, when to creatively let go?

I think it’s difficult to leave songs because we re-write and spend a lot of time on every songs it’s almost impossible to not think of new ideas even after it’s recorded, however the best way to look at it is the music is a statement of the time it’s been created that helps you leave it alone.

We’ll have some live dates to announce shortly and we’re looking at releasing another single we’ve done With Gary Powell pretty soon, then an album... possibly...

Thanks I love your sound I have to say. Best pp

Thanks paulie, hope to see you at a show in the future.