Amongst all the craziness of the now, a generation of children lost a hero this week.
​ Including me. 'Obelix', an original super hero has died. Best pp x
Albert Uderzo (April 25, 1925-March 24, 2020) is the co-creator of Asterix  ( more importantly (pour toi) 'Obelix'.)  His co-creator is Rene Goscinny. Uderzo originally worked on the illustrations, but was soon integral to the Asterix and Obelix adventures. Following the early death of co-creator, Rene Goscinny, he naturally took over the writing and illustrations. Born in France to Italian parents, Albert Uderzo became a French citizen in 1934. 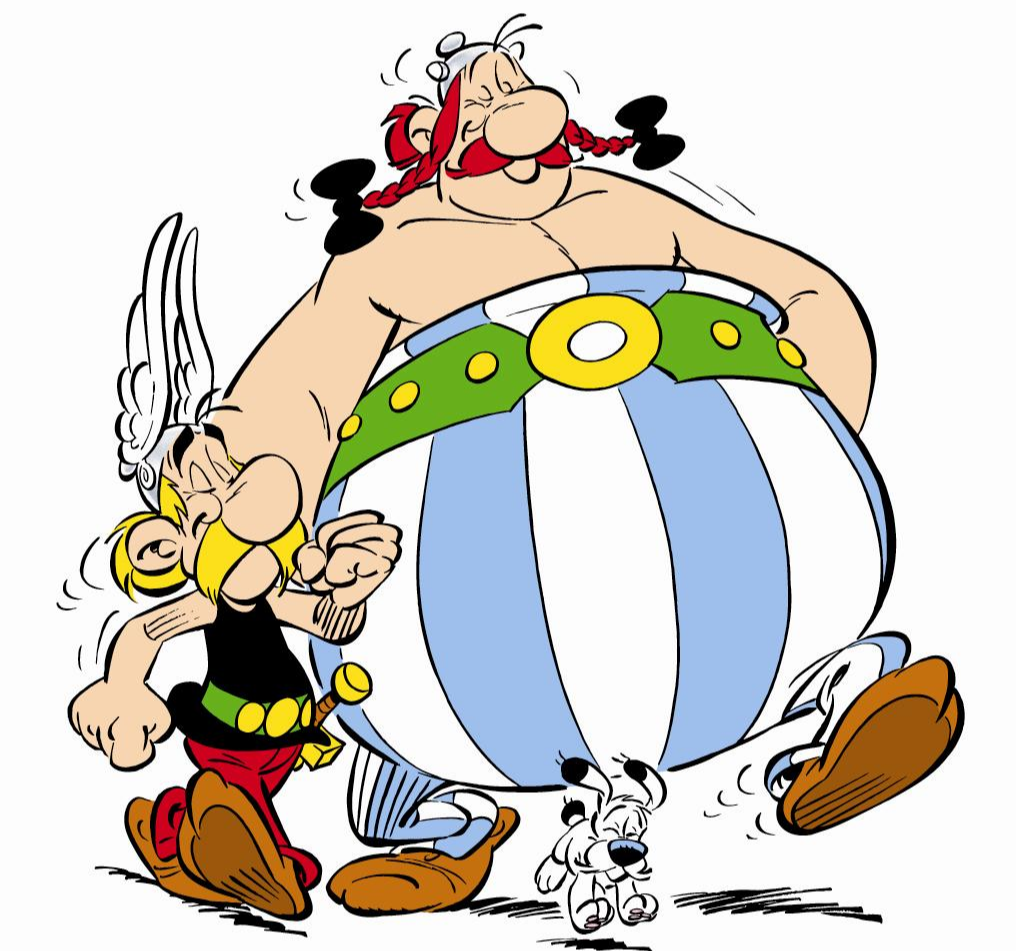 Yes Uderzo was one of the creators, but he did admit that Obelix was him. I love that, it explains why the gorgeous super hero, grossly over weight with an amazing affection for a small dog seemed so real!
The genius of Obelix as a character, was the fact that he didn't need any magic potion. He didn't need to top up his power! Instilled into this genuine loyal companion of Asterix was invincibility! Well that was important for me! 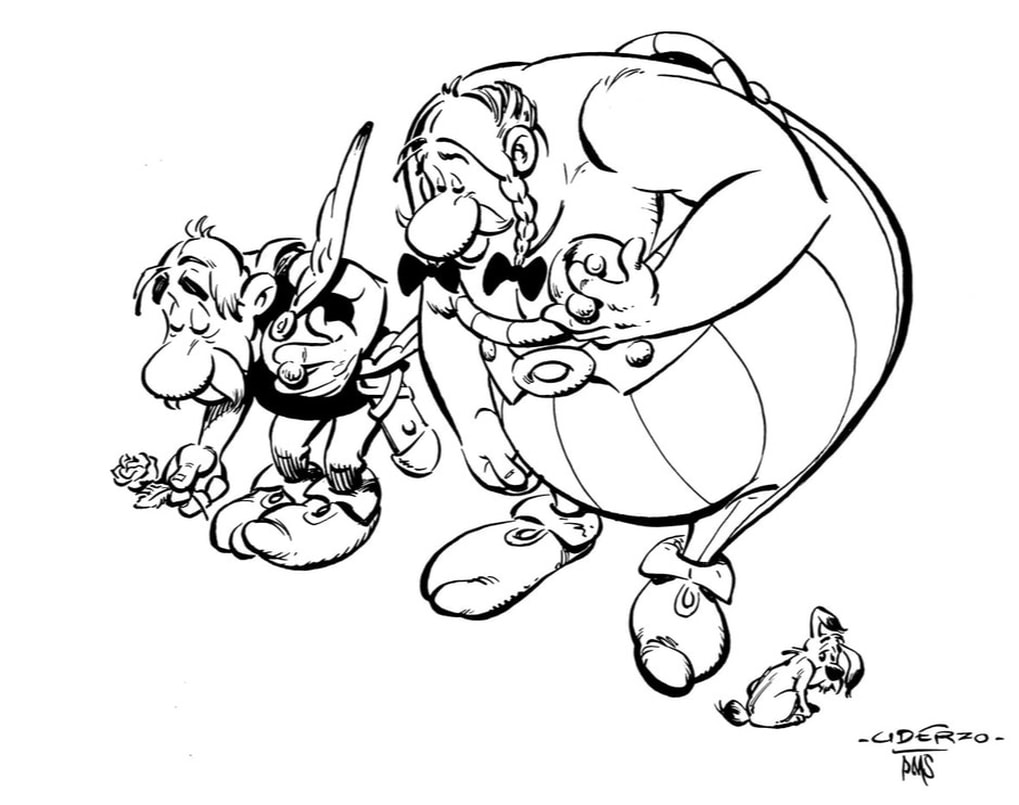 "Many years later, when a location for Asterix's village was to be decided, Goscinny left the decision entirely up to Uderzo, who showed little hesitation in choosing Brittany."

Albert Uderzo and Rene Goscinny created Asterix And Obelix as Counter Culture Heros. The face offs with the incredibly handsome Roman soldiers highlight this through each and every story. Our heroes' stature for example, Asterix short, Obelix large and ungainly, they were literally cartoon proportions. This however would prove to be of little consequence as the duo set out to right the wrong and humble the strong.
Here is a link to a better biog than I could ever write by Mark Sinclair, but you should know that Albert Uderzo was born with six fingers on each hand. I can only imagine what he went through as he underwent the surgery to correct this?

"In 1959 Goscinny and Uderzo became editor and artistic director (respectively) of Pilote, a new venture aimed at older children. The magazine's first issue introduced Astérix to the French world, and it was an instant hit."

"After Goscinny's early death in 1977, Uderzo continued to write and illustrate the books on his own, though at a significantly slower pace (averaging one album every 3–5 years compared to 2 albums per year when working with Goscinny). The cover credits still read "Goscinny and Uderzo".
Below is one of my favourite Asterix scenes from Asterix in Britain I think. It's animated and in German? But  emphasises another thing that Uderzo wanted to feature. The violence! I take back the word 'violence' and replace it with 'power'. That is to say that Asterix and Obelix were not messing about with the tyrannical Roman Empire. They properly dished it out! This was also very reassuring for me as a young boy.
From memory at the climax of this castle of Londoninium Scene Obelix turns to his partner Asterix and says: "Not a bad little castle of Londinium that..."
Another stand out scene, 'Obelix' piling into a Roman column smashing them away when suddenly 'Asterix' shouts him.
"Obelix..."
Just before he's smashed to a pulp, following the fate of his fellow legionnaires. One soldier thinking outside of the Roman square says to the impending devastating  doom of 'Obelix'!

​"Somebody wants you.."
​
Obelix turns and starts back to join his friend and companion Asterix. .