I saw Gary on Wednesday. He was in London to attend his friend Andrew Weatherall's funeral the next day I believe. We're quite good friends and after catching up he mentioned Andrew, a few things about him he'd discovered whilst working with him on the many brilliant remixes they did. He spoke a lot about his kindness, generosity, talent! Hope you don't mind me saying Gary. best pp x
I remember when I first heard One Night Stand by The Aloof. I just though this is really brilliant. The Aloof were brilliant and getting the chance to chat with Gary Burns about that time over a cup a tea was also brilliant. - pauliepaul
I'll start at the beginning Gary, were your parents musical? Did they influence you?
No, not really. At school we were made to play the recorder and it all started from there. Then at Parents' Evening, the teacher told my mum and dad that I had an ear for music and it might be an idea to encourage me in that area, so they bought me a Bontempi organ.
Then I had lessons from the age of eight.
That was a good investment in you!

Yes - but it was organ lessons, I always wanted to play the piano... ​
​
So did you know then that music was what you wanted to do?

Oh I knew what I wanted to do when  I was 8!
I was in the school band by the age of 12. I remember the teacher said 'If you learn how to play piano you will never be short of work' and it must have stuck.

It’s so advantageous to know what you want to do at that age. Well, at any age - I still wonder what I want to do!

It was, but then again it kind of blinkered me to everything else, which meant that I didn’t really study much else at school.
​

"At the same time  Andrew Weatherall had just finished Screamadelica and he was working with Hugo Nicholson. Hugo wasn’t well, so Andrew asked me and Jagz if we’d work with him and that was the start of our relationship."

​Yes, I played in lots of cover bands, but the first real band was The Aloof that was 1990.

How did that happen? How did you meet?

There was a recording studio above the music shop where I worked and Dean and Jagz were there working on a remix. They asked the owner of the shop if he knew a keyboard player. So I went in, played for them and that day they said 'Do you want to join The Aloof?'

​So The Aloof were already going by then?

Yes, Jagz and Dean - they had a single out and were signed to London Records.

Well, I was living in a bedsit then so It went from there to well there.
​

What happened with the Aloof? Did it just fade?

​The Aloof were starting to make waves - was the first album already on its way?

Well, we started off doing singles. We released around 13 or 14 of them and the first album was a compilation of those singles. 'Sinking', the second album, was the first real creative album from start to finish, if you like.

How was that received? Were you still signed to London Records?
It was when we did the 'Cover the Crime' album that East West Records came knocking at the door. Ian Stanley was an A & R man from East West. He used to be a part of Tears for Fears and he just really liked The Aloof stuff. 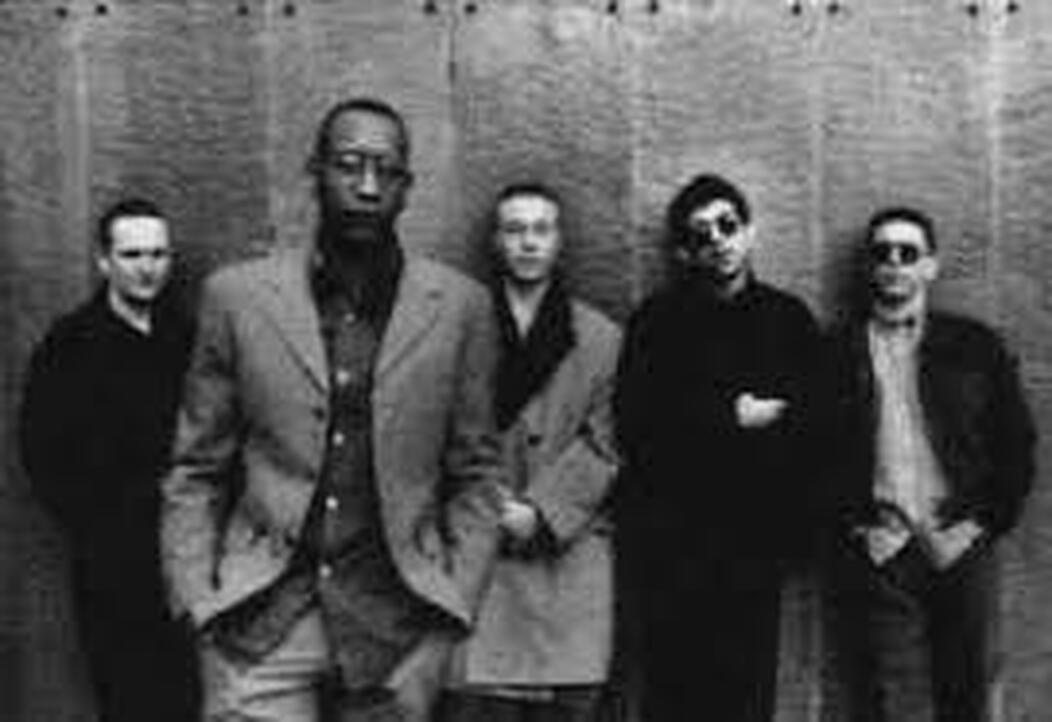 He wasn’t the only one, mate!

​​Then Warner Music licensed 'Cover the Crime' and gave us a deal. We did 'Sinking' and 'Seeking Pleasure' after that.

How much were you touring at this stage?
Well with the single releases there had been a few PA’s. More often than not it was Ricky going to clubs with Rich on percussion, so yes just doing that up and down the country in clubs, obviously getting paid for it.
What were you thinking at this point? Were you happy?

Yes of course, because as soon as we got that deal it meant we could do things properly, you know? There was a proper budget for things like touring or studios.

I’ve never been in the music business, but it seems that there was a lot more money around then. Vinyl and Cd's generated a lot more cash than downloads.

It was definitely better for us. We used to sell a lot of The Aloof singles and Sabres of Paradise as well. Sometimes we would have fifty or sixty thousand presales on a single - that’s unheard of today. It would probably keep you at number one for ages now.
What happened with the Aloof? Did it just fade?

Well, we had 10 years and to be honest I was struggling. I’d done 15 albums in …12 years and a few hundred singles. It was hard.

I’ve seen you playing keyboards in the studio and I know how much it takes out of you. They say you can lose pounds on stage when you perform, it’s physical.

Totally. If you’re playing keyboards for 8 hours you feel wiped out!

No, everything changed around the year 2000. All of a sudden people started making singles on laptops. No one needed studios, they were producing themselves. The studio went and after that I took a long time out. I needed a break and spent a lot of time in south East Asia, I started going there for a few weeks at a time, then a month, then a few months and in the end I just stayed there!
​ 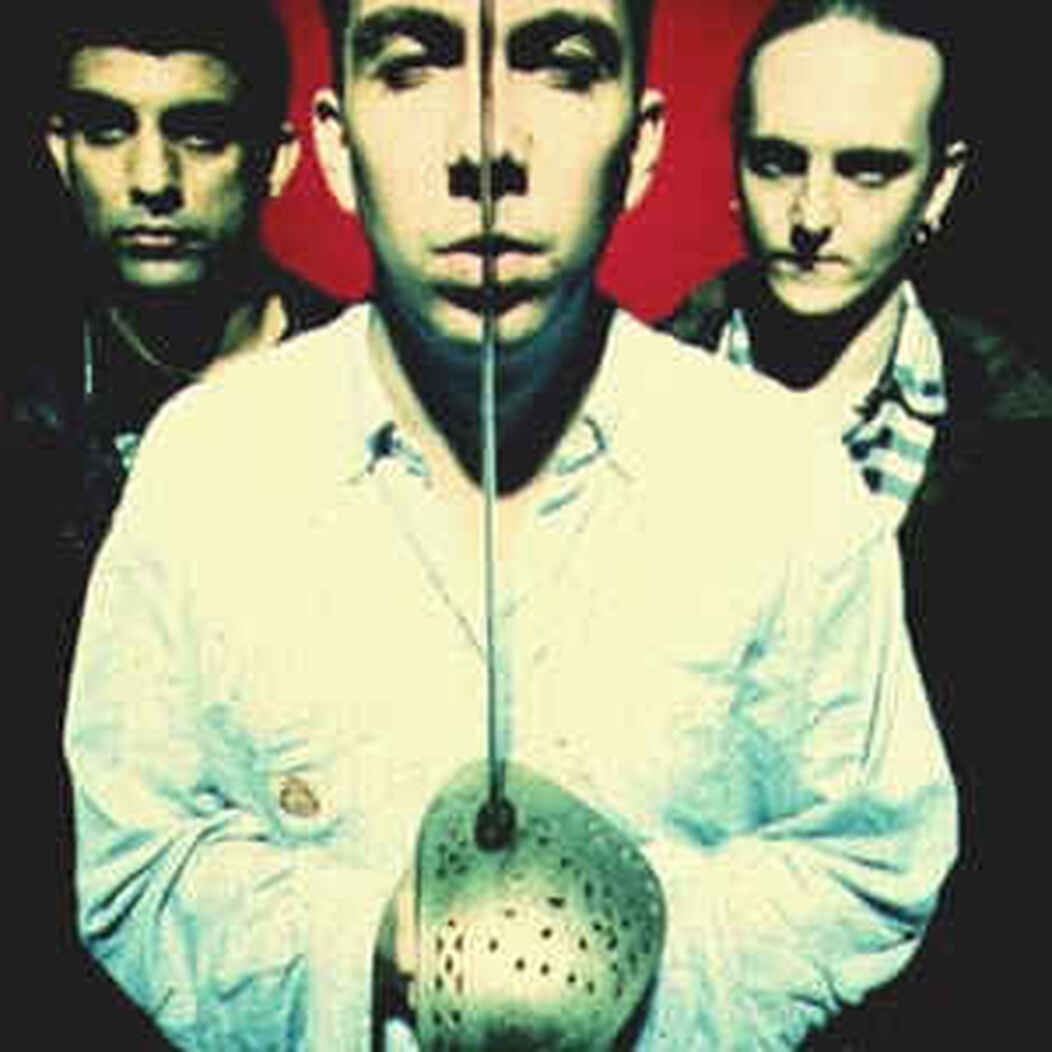 ​How did the connection with Andrew Weatherall and Sabres of Paradise come about?

While me and Jagz were doing The Aloof, we were also doing sessions with other DJ’s like Phil Perry, Billy Nasty and David Holmes - we did an album with David.
​At the same time  Andrew Weatherall had just finished Screamadelica and he was working with Hugo Nicholson. Hugo wasn’t well, so Andrew asked me and Jagz if we’d work with him and that was the start of our relationship.
Do you look back at that time fondly?

Oh I loved it! It was so exciting. We were doing so many remixes and getting paid really well. We were out clubbing a lot, but again, that was at the same time as The Aloof. Me and Jagz were in two signed bands at the same time! The Aloof were signed so were Sabres. It was full on and I had to play and write everything.

No wonder you needed a break Gary. Did your health suffer?

Well yes, from the touring really. It’s hard to stop that lifestyle, you know. Whether you realise it or not, you come back from being on tour and try to stop drinking but you just can’t.
​
I know you have a lot of exciting things in the fire. You recently played a festival with Planet 9, which has Jo Sims singing, and you’re working on the album.

Yes, that’s been really good fun with Planet 9. After a long period away I'm feeling a lot healthier. I’m practising every day and I’m just really buzzed up about music again... and yes, we’re just finishing off the album, which is exciting! You know, working with Tommy Tuff and Jo on the planet 9 album has really helped, it’s got me back into the studio every day and like I said, it’s exciting.

Thank you so much Gary. I’ve heard snippets of the album and I’m excited for you.