Apologies for being late with this, however we've played good catchup. Eoghan spoke to Stacey earlier in the week - best pp
London, UK/Los Angeles, CA - 9 June 2021 - Spotlight TV’s newest show “Stacey Jackson in the 80s” brings a new kind of energy this year. Premiering on Friday, June 11 and viewed on Sky (365) and Freesat (516) at 9pm GMT, Stacey Jackson brings her bubbly personality and infuses new energy to the network in a way that has never been seen before!

“I don’t know where I put my keys this morning, but I remember lyrics from 1982!” 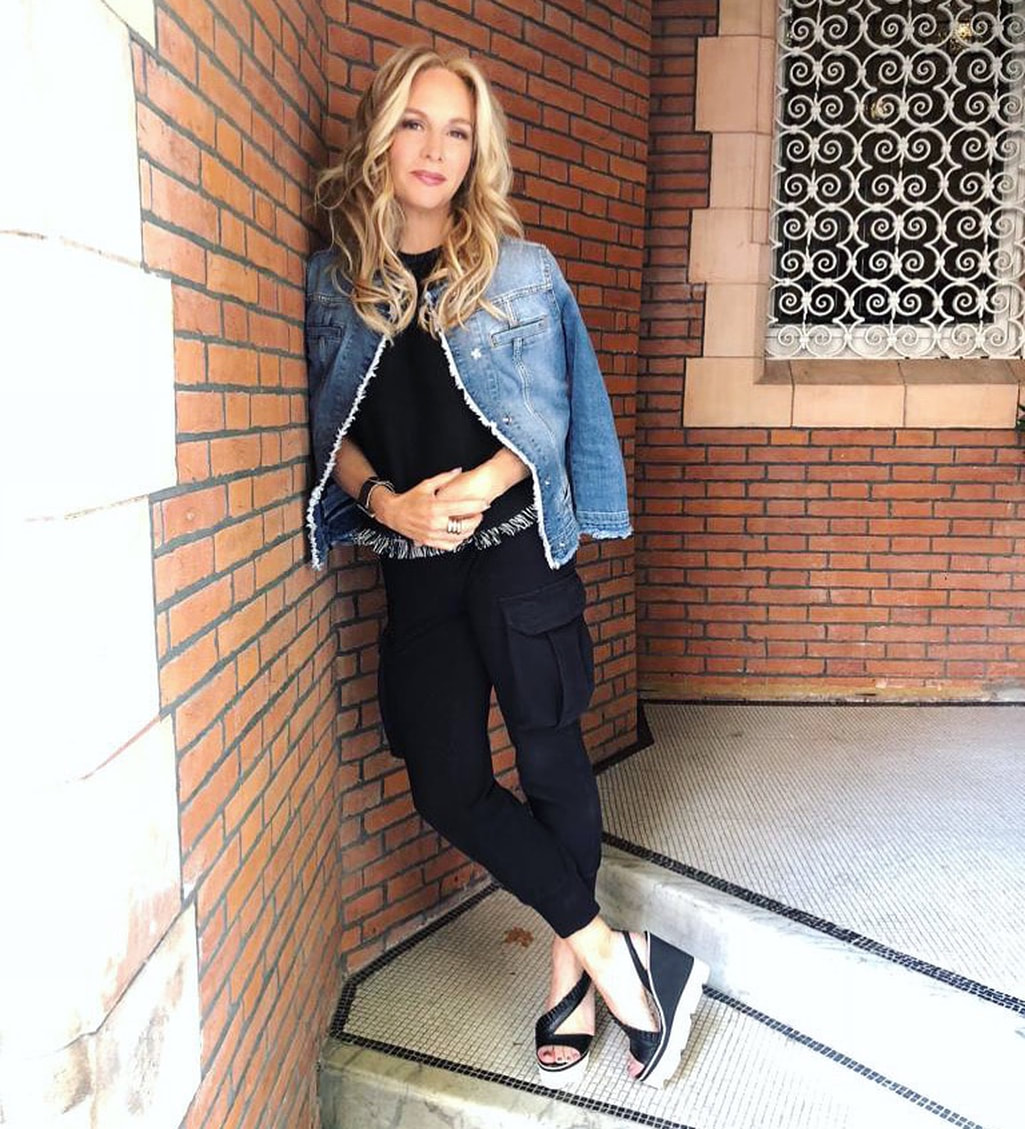 With her ability to bring a new look on a classic era, Stacey Jackson takes viewers through some of the best hits from the 80s with iconic video classics. Episodes include “80s Live Concerts,” “Hits From 1980 Movie Classics,” “Women Who Rock,” “80s Dance,” “Smooth 80s,” and many more.
Since the transition from “Keeping It Country,” Spotlight TV expanded their programming to include a sense of nostalgia from every era. Stacey takes viewers on a musical journey through all genres of music, from new wave, to dance, to pop, rock, heavy metal and so much more.

With her in depth knowledge of the music industry, Stacey brings in her own personal insights and glamorous flair to the 80s as the show truly speaks to her heart. “When I got the call from the producers that I got the gig, I literally wrote down a year’s worth of episodes in three minutes just off the top of my head. I mean - I grew up in the 80’s, I still know every lyric to all the hits of that era. This show was made for me!” says Jackson who also writes and co-produces the series.

Mother of four, singer and songwriter, and up-and-coming author of “How Snoop Dogg Made Me a Better Mom”, Stacey Jackson, is clearly a woman of all talents. Researching for the series, Stacey continues to pour her heart and soul into every episode and moment that goes behind her work. She even penned the theme song “Flipside” for the open titles of the show. With her newest single, “Live It Up: Rebooted feat. Snoop Dogg,” released on June 4th and the feature film “Reboot Camp” in which she performs the new record in a cameo, just shows how great she is at her various job roles.

Jackson has had no issue gaining traction and attention for her many accomplishments. Fans are excited to see Stacey Jackson take the reins as a host of “Stacey Jackson In the 80s” and her passion and enthusiasm for her many projects is evident.
​ 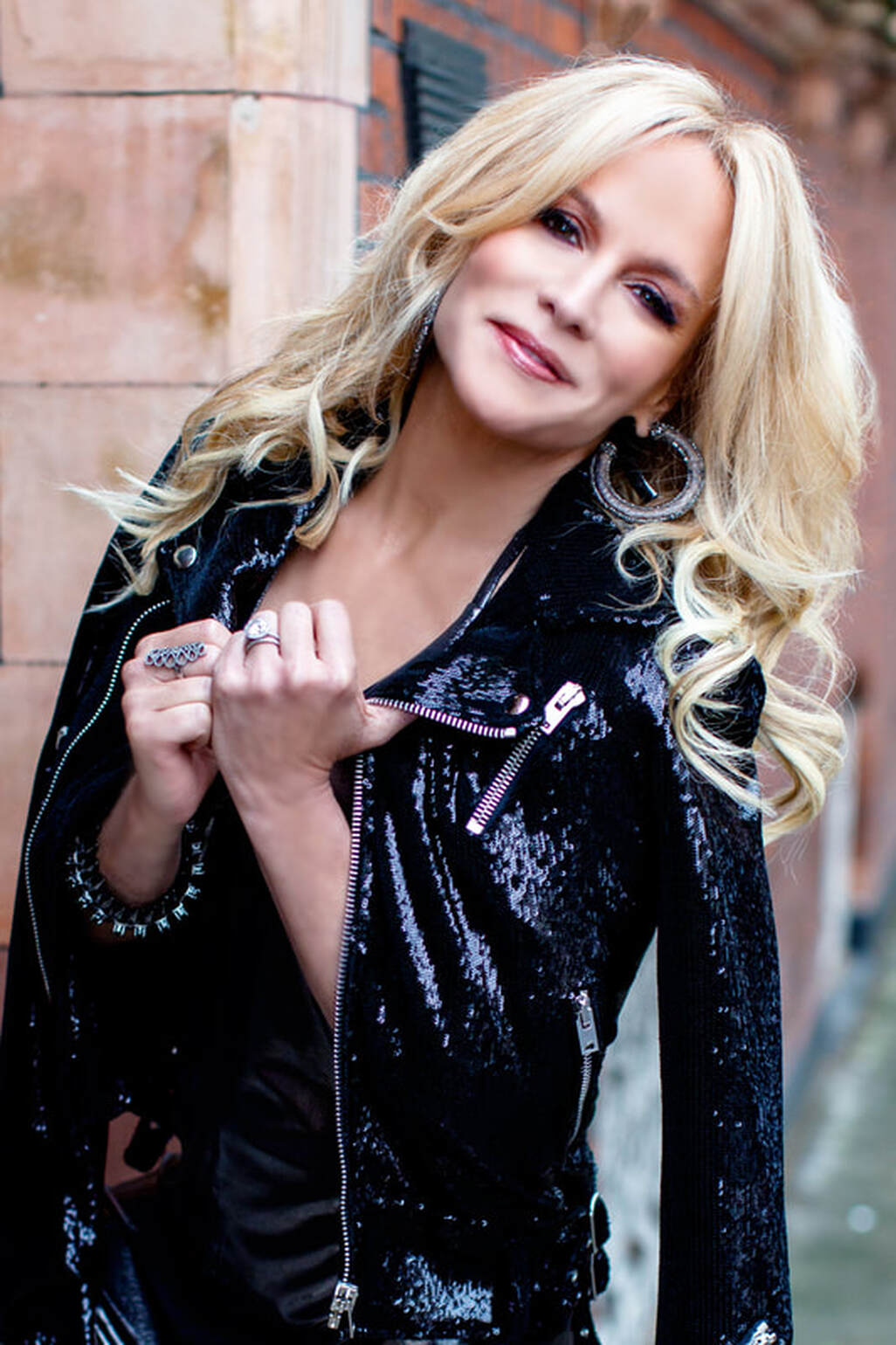 “I grew up with rock,” Stacey Jackson says. “I don’t know where I put my keys this morning, but I remember lyrics from 1982!”
Jackson is calling to tell Phacemag about her new show,  “Stacey Jackson in the 80s”, a feisty music programme that delves deep into the decade, where mullets, magic and Madonna were the currency of the time. The topic, she tells us, was one that came naturally to her. “I had about thirty episodes in my head when I first got the call, but I only have an hour. So, we’ve done things like ‘Movie Soundtracks', ‘Women In Rock’...I’ve done an episode about U2 when we talk about guitar and bass. The Edge is so iconic- you can tell one of his songs within two seconds. Sunday Bloody Sunday, Walk Away..”
She’s charming, clearly acknowledging her interviewer’s Irishness with a reference to his country’s finest export. Jackson’s quick to point out the research that goes into every episode. “I think women were carving out a space for themselves in rock during the eighties. There were people like Heart,but there was only a pocket of them. Women audiences tended to go for pop: You had the Madonna’s, Whitney Houston...So, women didn’t find it as easy as the male groups.”
But what male groups there were, quickly found themselves in Jackson’s heart. “Foreigner’s ‘’Waiting For A Girl Like You’ was a song for snogging, a good song to make out to. They weren’t originally called Foreigner, but they realised that three of them were British, and three were American, so they figured, ‘Hey, we’re going to be foreign wherever we go!’”
She is, keen to tell us, a singer-songwriter herself, and worked with Snoop Dogg on the 2011 pop single ‘Live It Up.’ “We’ve just finished ‘Live It Up Rebooted’, because it’s ten years since the song, and we’ve made it sound more current. We did it the old school way..These days, there’s a lot of sending this, then sending that. No, we did it the old school way, and this celebration has helped me re-live the memory. It’s full circle.”
And from tv and music comes cinema: “I’ve just been in a movie, which has just been released in the UK and Europe. I have a cameo in a film about a man who comes out as a guru..A fake guru! It’s incredibly funny, and it stars Eric Roberts, Chaz Bono and Keli Price. So, I also have that going on.”
​
I wonder if Eoghan mentioned his most excellent book -  U2: Every Album, Every Song...highly recommended  - best pp
share
​
google.com, pub-1336815800049544, DIRECT, f08c47fec0942fa0