Lloyd Cole will release his new album ‘Guesswork’ on 26th July ’19 on the EarMusic label. Recorded (mostly) in his attic studio in Massachusetts, ‘Guesswork’is produced by Lloyd and mixed by maverick German producer Olaf Opal, with executive production from Chris Hughes.
​The record was mastered by Kai Blankenberg at Skyline Tonfabrik in Dusseldorf.

All songs are by Lloyd Cole apart from ‘Remains’ and ‘When I Came Down From The Mountain’, which were written by Lloyd and Blair Cowan.  The album will be available on CD, vinyl, DL and streaming platforms.

“When I was 27, the concept of the washed up older guy seemed very entertaining. Now I’m starting to think that old age could be a lot more fun. Because really what have we got to lose?”

Lloyd collaborated with three other musicians on ‘Guesswork’, most notable of whom are two former bandmates – guitarist Neil Clark and keyboard player Blair Cowan – who found themselves working together on an album with Lloyd for the first time since The Commotions’ swansong ‘Mainstream’ in 1987. However anyone expecting a Commotions sound will be on the wrong tack: ‘Guesswork’ is predominantly an ‘electronic’ album. Lloyd, Blair Cowan and another longtime Lloyd associate Fred Maher (drummer on Lloyd’s early solo albums and his last album 2013’s ‘Standards’) have fashioned the ‘Guesswork’sound from classic and modern keyboard, modular and drum synthesizers, though guitars played by both Lloyd and Neil Clark do feature. Lloyd’s ear for a melody, his lyrical smarts, and his unmistakable voice ensure these songs stand shoulder to shoulder with anything he has previously written. 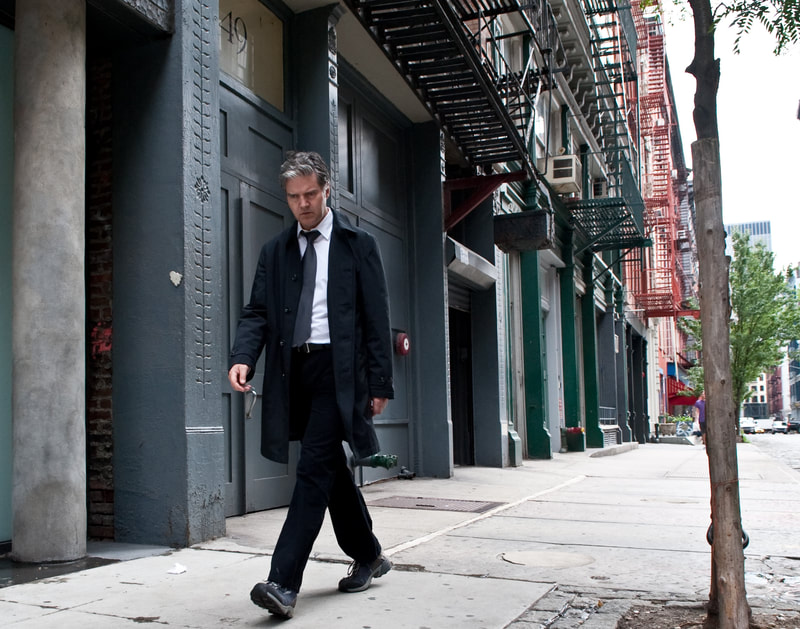 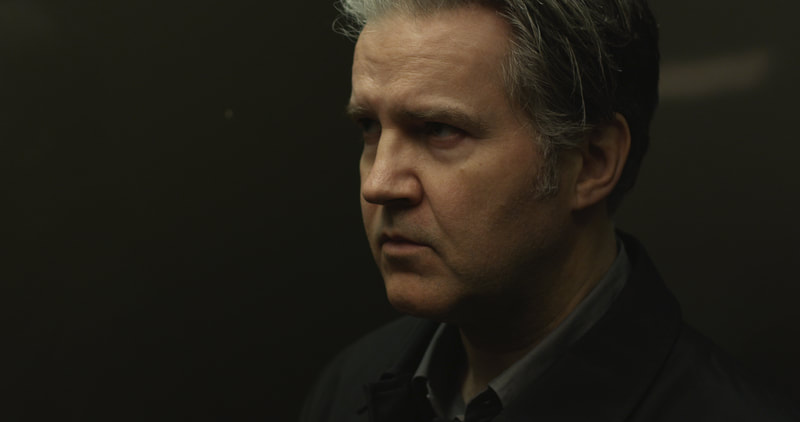 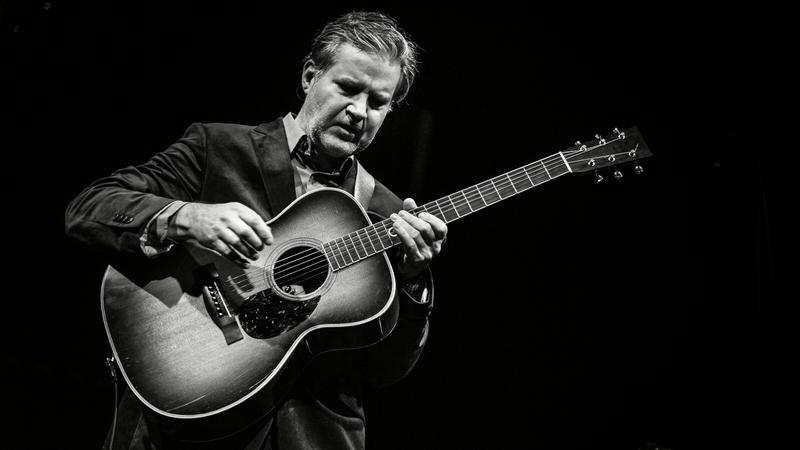 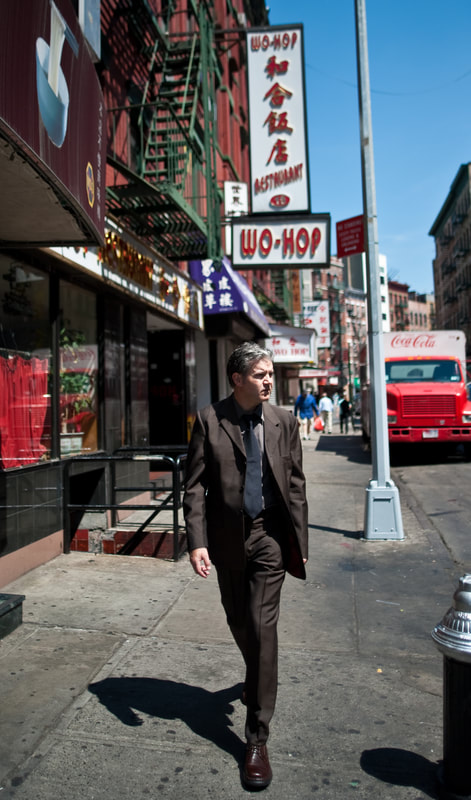 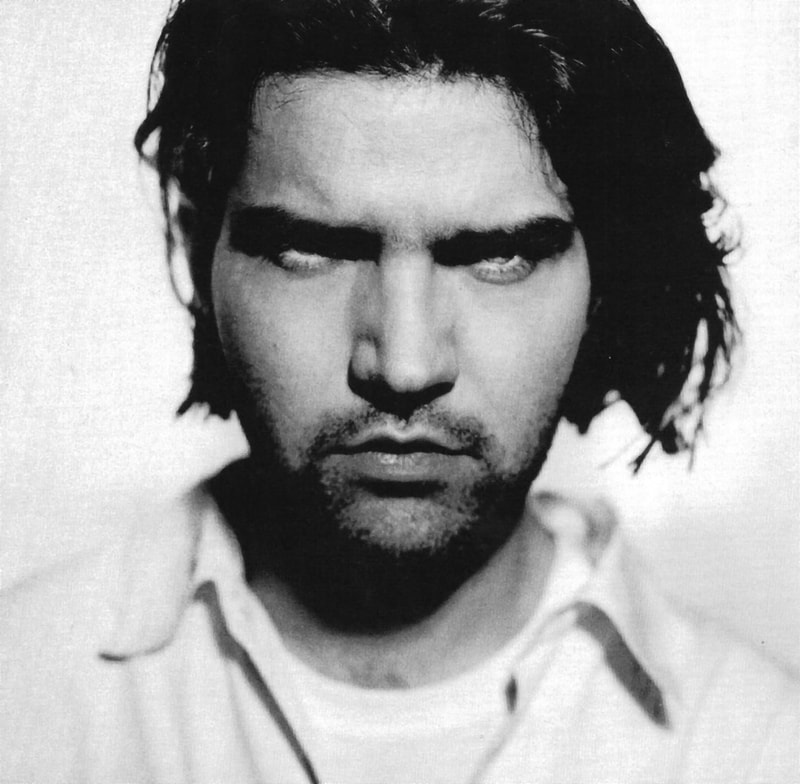 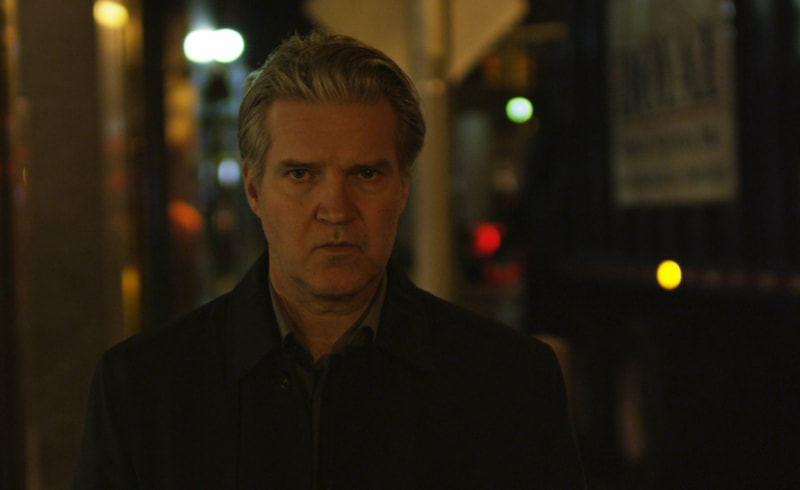 The portrait of Lloyd that graces the cover of ‘Guesswork’
is by Glasgow Art School graduate and former singer of The Big Dish, Steven Lindsay.​​

Hi Lloyd I love the new album, I read you had a lengthy debate about the order of the songs. I have to agree with 'The Over Under' being first, my interpretation is that song put your cards on the table for the rest of the album?

It does. My advisors really wanted me to find a way for 'The Afterlife' to be first, but I couldn’t, and 'The Over Under' basically says, if you don’t like this, you might as well stop listening now.

I love it, especially the way the song blossoms in the last quarter with such a lovely uplifting instrumental -

Is it uplifting? Good. I thought it was kind of nasty/spooky.

Are you good at knowing when a song is finished?

I think so. But often I do need deadlines to get to that point.

For me Violins is a stand out track, (it's the story telling) but also lyrically  "We put on our headphones and complete our retreat" writing a line like that which as in a lot of your lyrics is very poetic, is it natural to accompany your verse/lyrics with music?
Can you separate the two?

I can’t. The words are for singing. I can’t separate the words from the melody.

Secondly on Violins, vocally it's very accomplished, you're clearly still good friends with your voice! Slightly off track, when did you discover your singing voice? Do people have to tell you you can sing?

I'm not so sure about that. It took a lot of singing to get it to sound the way I wanted. I think I discovered what I didn’t like about my singing in 1987 and from then to 1991 it evolved. I don’t see many changes since then, other than my range, which is smaller now.

On writing, what about fiction Lloyd, any half written novels hiding? Is that something you could see yourself doing?

No. I’ve written some non fiction. A few commissions for magazines to figure out if I could do it and I can, but I still have more music that needs making.

Around the same time as a girl called Jane Edwards. 1971.

I asked that to Hugh Cornwell, he said his first love was music because it was there...all around him to listen to all the time...reading/writing takes effort …

That’s true and the period Hugh is probably speaking of, in the UK, was wonderful, because the radio stations played all the popular music, so you’d hear Led zeppelin, or Slade, on the same station that played T.Rex or the Chi-lites.

You're leaning towards electronic I'm trying to think if i've heard a DJ sample one of your songs or remix …?

Have you ever had a pair of 1210 Technics Lloyd? I tried mixing once -  it was terrible and ended with records everywhere…

I thought about getting a turntable for the next tour, for fun, but i’ve never tried. There is a fun instrument made by a company called landscape (I think) which lets you ‘play’ cassette tapes, that could be fun for textures.

I'm looking forward to seeing you at The Union Chapel. Does it feel like coming home - playing in London does it feel different to Paris for example where you visited last year?

I've been over here more than half my life and my home is where my family is, but the UK is still where I’m from. I’m still British. I didn’t naturalise over here and i’m still a European, for now. Hoping I can remain one.
Union Chapel is a lovely room to sing in.

And I'll be there, thanks so much Lloyd! 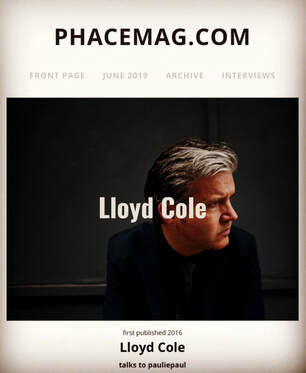 Some Lloyd Cole Back Cat