Mike Tipping and his band  So Long the Séance are currently supporting Michale Graves -  best known for his time as lead singer with The Misfits. Mike found time to ask him a few questions for Phacemag.
Hello Michale thanks for this. firstly:
​You have embarked on your “The Beginning of the End” tour starting off with the North American leg which was a hefty 80 shows in about two and a half months. How was it and is the tour name suggesting that you might be hanging up your gloves soon?
That tour was long but it was excellent, it was a refocusing of efforts to raise the bar on the level of live performance that I am able to achieve. I’ve been focusing on recording and composing for the past  few years because touring was a sour thing for me and so with the beginning of the end, it’s more of a representation of the beginning of the end of that part of my life. I am retiring that part of my life to focus on what I can do as a live performer.
It’s been around two decades since you were last in the UK if we don’t count the few shows you did with Marky Ramone’s Blitzkrieg. How has the UK tour been so far and how have audiences been with you? Any favourite moments so far as you reach the half way point of the tour?
So far so good, we are on tour with a genius band called ​So Long Until The Séance, I don’t know if you may have heard of them (Michale says with a grin).
​
​But I think everyone is having a wonderful time! Again for me as a performer I’m really focusing on my voice, on my body and channeling the music through my soul and pushing myself to see how high I can go. For me it’s been a success. You can’t measure all success on monetary things and when you take that out of the equation, not that it hasn’t been we have achieved and far surpassed many of our goals. It’s a huge victory for me to be here  and to be in London the other night. After all I have been through in my career, in my life and all that Loki, Goolsby, Tony, Art, my whole team have been through, to roll in under that banner of Michale Graves and all that it represents is a huge victory!
London because of its significance has been the highpoint.
Even driving into London and looking back over my life and the memories I have of when I was last there as a much younger man and to take the misfits songs, those memories, that vibe with the newer stuff I have created, it’s seemless and the spirit it invokes is a massive victory.

As a man known for being one of the hardest working in the scene do you find it hard to balance touring and following your calling as an artist with having time with your family?
Yes, it’s quite a challenge. Because now as my children get older, I have an 8 year old , a 6 year old and a 6 month year old, it’s definitely more of a crucial factor that I be present in their life, to be there physically. However the challenge is that in order for me to provide them a life that I think they are owed and to be able to care them for them in the way I need to I do need to be on the road. That’s’ what I do. So now it becomes how do I show this world to them, this life and the sacrifice we are going through together and to articulate this to them in a way that makes the hurt and the distance and all those things that come with not being a childs life productive and positive. It is a challenge. But I make it happen.
Do you have any favourite or most memorable shows during your time with the Misfits and as a solo artist

I guess if I’m honest with you, my mind clicks to the Mount Fuji Amphitheatre in Japan when we were on the Monsters of Rock tour. Contrary to popular belief we were all very close in the Misfits and before we went on stage we were sat with Dave Mustaine and Marty Friedman in their warm up room having a laugh. 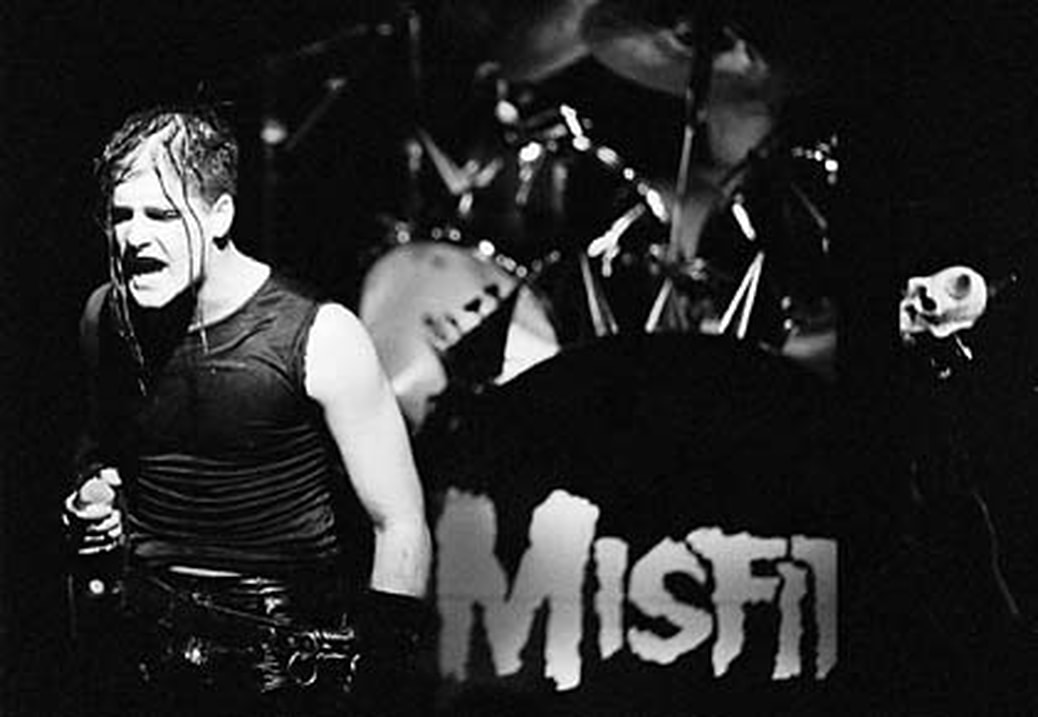 Michale.com
It was a really cool experience and I remember being on stage and looking at Doyle, we were smiling as it started to rain and I was slipping but feeling like we had made it, thinking “Oh my god this is it, we made it”. Marilyn Manson even walked past me and made a joke about me. It was strange and wonderful
As far as the solo stuff again my mind clicks back to London the other night. It was a culmination of a lot of things for me personally! I don’t open my eyes much on stage so I just get these snap shots of the audience as we are playing. So I have this shot in my mind when I finally opened my eyes in London and looked around. There were a lot of feelings that came rushing to me at that moment.

Has there been a particular book that has made an impact on your life creatively or personally?
​
Well of course the Holy Bible, it has had a huge impact on my life from when I was really small right up until now!

Following the final European dates later this year what is next for Michale Graves. Can the fans expect another UK tour in the upcoming years?

Yes! Definitely expect a UK tour in the next couple of years! After this one is done I have an acoustic tour for a month in America and then I bounce back to Europe right after that. We are working on South America, working on Canada and then back to our usual touring cycle in the Fall. The trick and the balance in my life right now and what I’ve been working towards for a lot of years now is waiting for an opportunity so I can pivot. I’ve spent the better part of two decades on the road, I have children now ​and I so badly with every part of my being want to be home with and for them and become an artist and creator who can stay at home. I love this though, I love being on stage, I love doing what I do and I’m really  good at it but everything I do now is geared towards that goal so I can stay home at more with my babies.
What advice would you have music wise or life wise for any of the younger kids in the scene right now especially when politics and opinions are dividing people into “with me” or “against me”.
​
I got asked this in my last interview and I think I failed so thank you for asking Mike! I don’t want to sound like I’m giving advice, I think one of the things people need to do in every aspect of their life is to target realistic goals for themselves.
With digital media these days I believe there is a lot of illusion about what it is to have “made it”, what it means to be rich, to have fame and everyone wants to be the most popular person in school! ​​
​I think if you set realistic goals with all the innovative platforms whether digital media like itunes theres much more access to music. My advice would then also be its no longer a world or business where you can just write a record put it out, go on tour and then repeat. You will never make a living like that. I think the future in this business is for thinking people, making thinking music like the old days. They are singing, they are dancing, they are writing, they are entrepreneurs. They are using every aspect of the industry for music’s sake, for art’s sake, for entertainment’s sake and not for a political ideology or for a platform to raise your hands at and say “These people are bad and these people are good” and just to do away with all that. Why and how punk started, the rejection of the bourgeois, the rejection of overwhelming authoritarian, tyrannical government and the overall mindset that that sort of thing creates both on a small level and a large level. I believe that as the industry wakes up as artists like myself, as we keep pushing the envelope and bring people together and speak words and make music that is all encompassing and making people happy and positive and productive then I know we are changing the industry so I guess my advice is all of that stuff haha!