We Feel PAPERDEER, Like PAPERDEER - Fran Loves You x
Fortress is the second single from the upcoming album of the Hungarian electronic music band, Paperdeer. This music video carries on with the carefully constructed yet cool electronic beats now accompanied by a female voice. Complex lyricism, inventive visuals, and compassionate storytelling are all parts of this next piece of art. “The lyrics of Fortress can be interpreted in many ways. In my opinion, it is a cry for help. It is enough if you look around: climate change, COVID-19, and political tension are the things that we are faced with and also the burden of uncertainty that it suggests. In the middle of this chaos, I would just want to shout at the top of my lungs to make it stop and to seek meaningful changes otherwise, the consequences will be fatal” - says vocalist Böbe Szécsi, a long-time collaborator of the band. Musically, the tension is linearly building up, which ties in with the main character’s growing frustration. Though, the overall result remained relaxed and more within the realm of pop so that the edge is taken from the heavy narrative.
Producer Norbert Biró took the creative leadership early on and coordinated the process: “I love how we managed to encapsulate the initial feeling by the lyrics, the music video and also with the photoshoot by Márton Kis.“ They are both very fond of a Röyksopp’s classic “What Else is There?” so the influence is clearly visible in the album art. “Working together has been brilliant. Throughout the whole creative process, we have been on the same wavelength with Benjámin (producer). - "We managed to perfect all the ideas that we wanted to incorporate."
Norbert agreed that the song described a feeling of drifting and helplessness which comes around when you are so lost and so little in a massive crowd. You have no other option but to follow because they allow no say in the directions. Böbe, the young women in the music video, embodies just that.

​As these current times suggest, the artist did not have it easy. Yet these creatives managed to overcome the obstacles of the pandemic with their innovative ways of functioning, Producer Benjámin Kiss comments as “It has been an endeavor in distant music-making. Norbert (producer) sent me the initial beats a year ago, and I fell in love with it. So, ever since, we have been going back and forth with the ideas until the song came together. We approached the vocal from two directions and then really completed the tune when we worked out the lyrics.” Márton István Szabó was the director of the music video and the lyricist too. He tackled the issue of restrictions due to the pandemic by composing his own technique of reversed digital projection method:

“We took pictures with a black backdrop, and we made them half-transparent. In this state, we layered them digitally with colors to enhance the character’s body and clothing. My technical approach tied in with the meaning of this song: we mixed drone and studio footages just as we mixed fiction with reality in the story while also portraying the exhaustion that comes from escapism.”-
Paperdeer · Fortress (OIEE Remix) 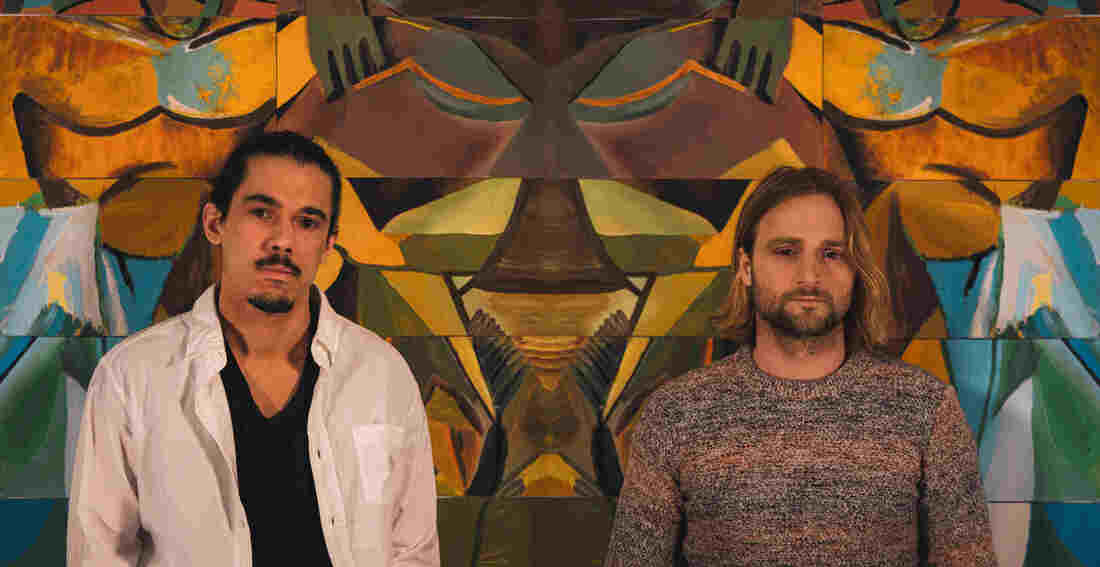