DOROTHYS GHOST - Such a classic and prelude to something special

Just a reminder of the Uber talented Jo Sims who is set to release new Dorothy's Ghost material as well as an amazing new project in collaboration with Gary Burns of The Aloof and Sabres of Paradise and Producer/Performer Tommy Tuff - Staxx Of Joy! Watch this space! - fran xx The Lee Waxman remix is a treat! (under original) big up Lee x -pp- 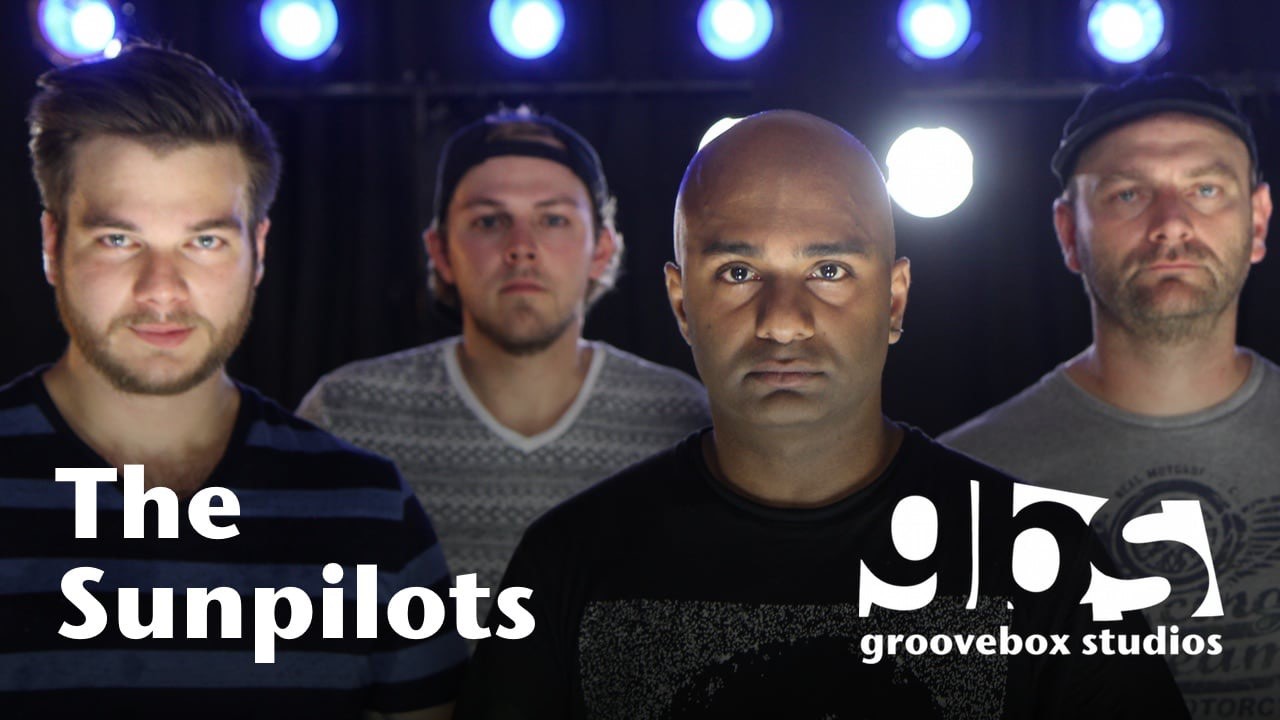 New album details and more link
A  really interesting and accomplished band. I Lifted the info below off the website. Really like their albums below and look forward to Breathe the new one. - fran x 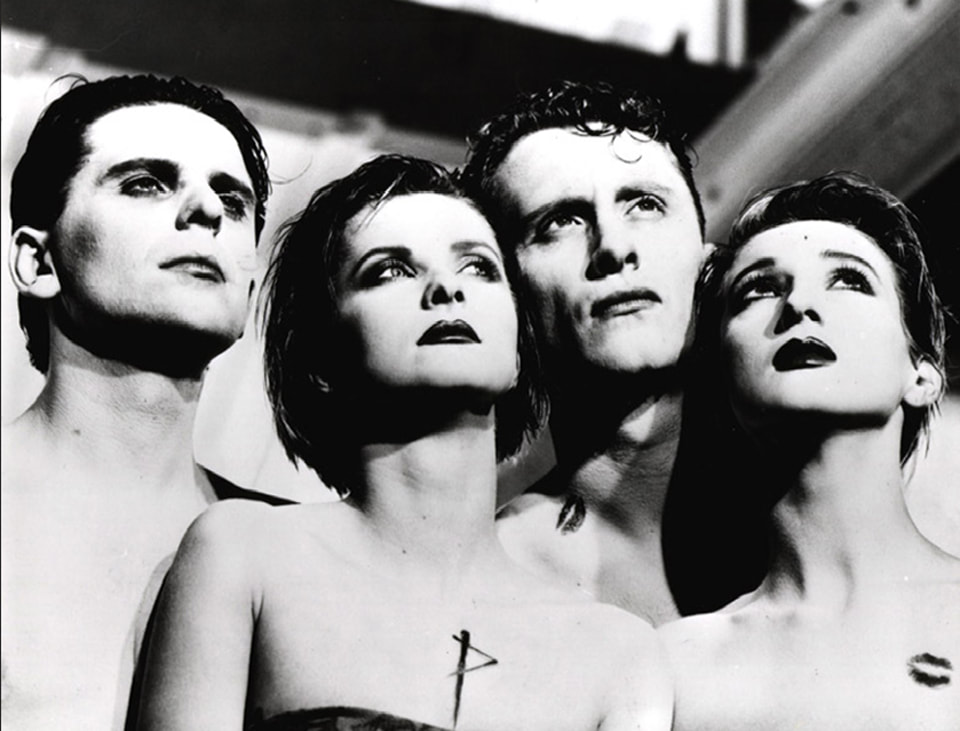 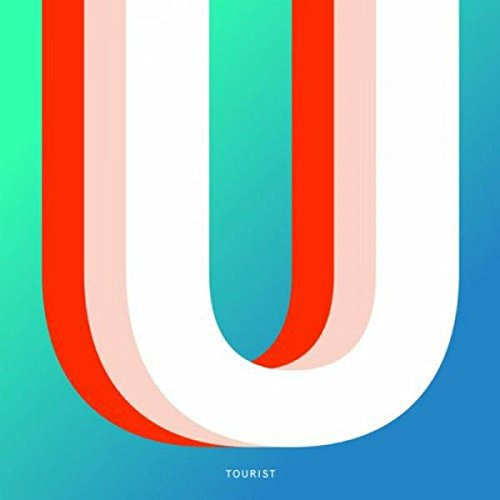 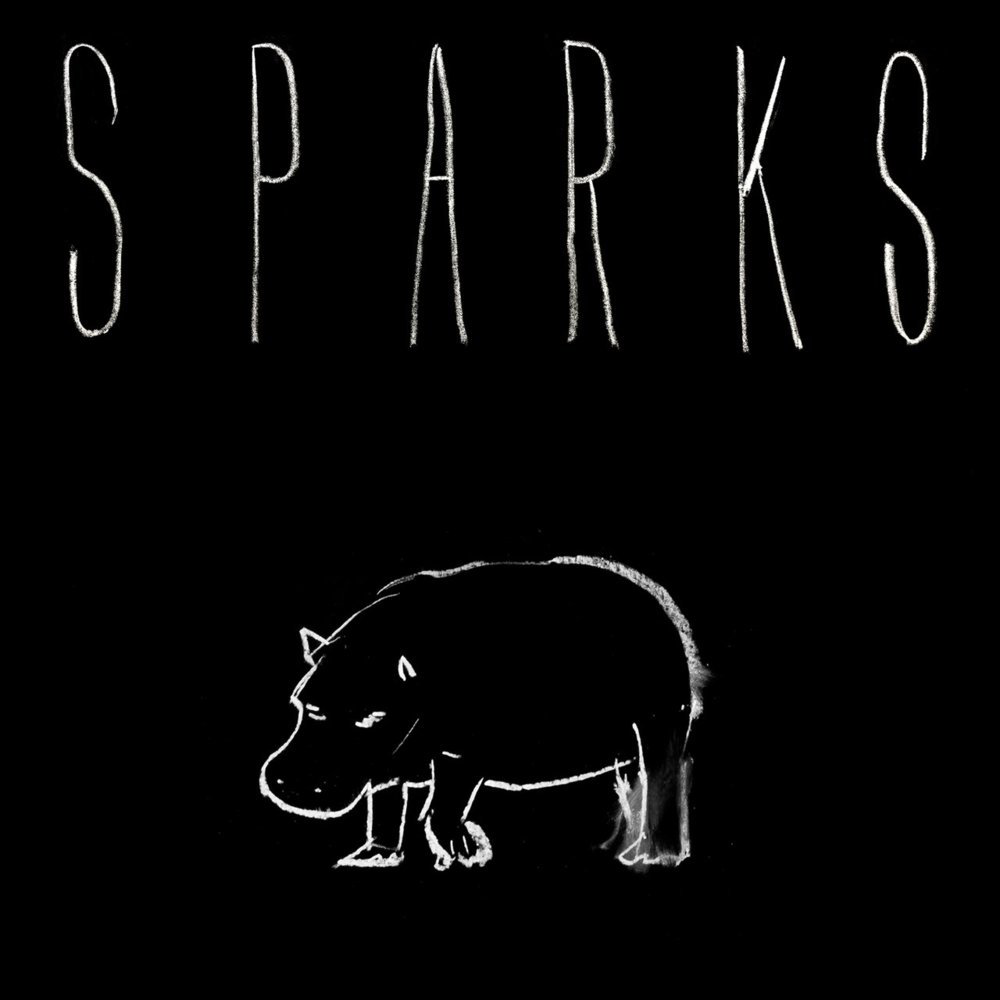 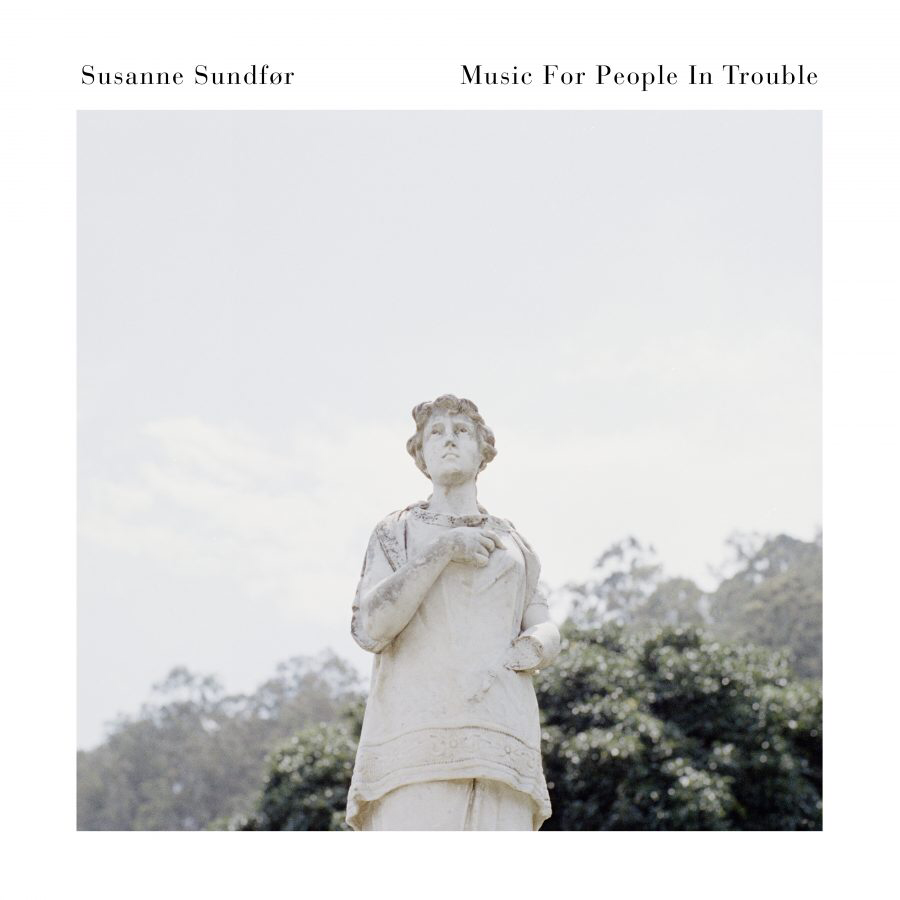 The release of Susanne Sundfør's Music For People In Trouble has been delayed due to unforeseen manufacturing delays. The digital and the CD will now be released on September 8th with vinyl following on September 29th. 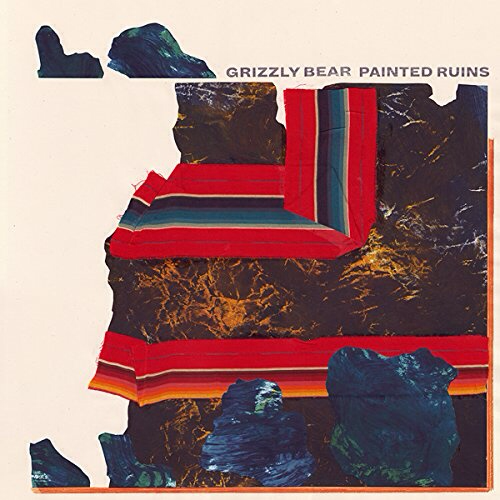 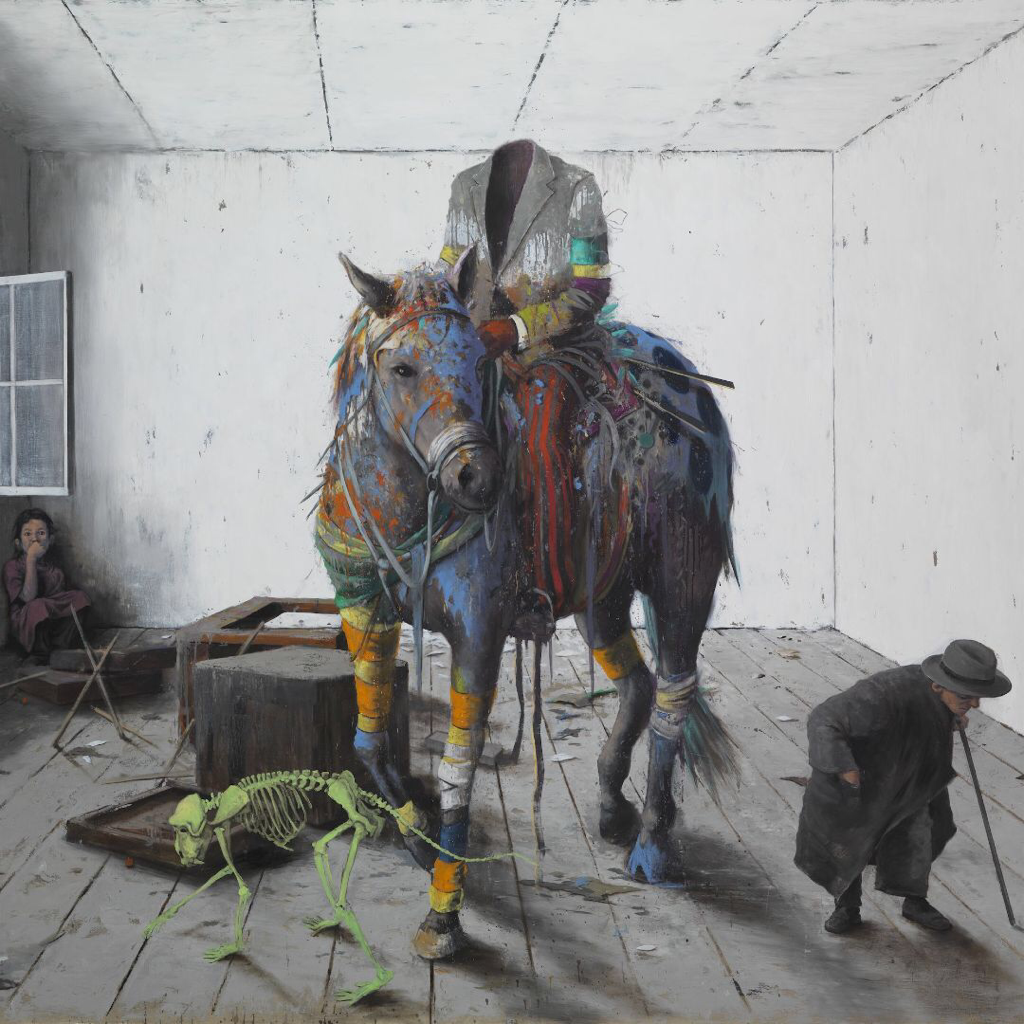 This album is brilliant! 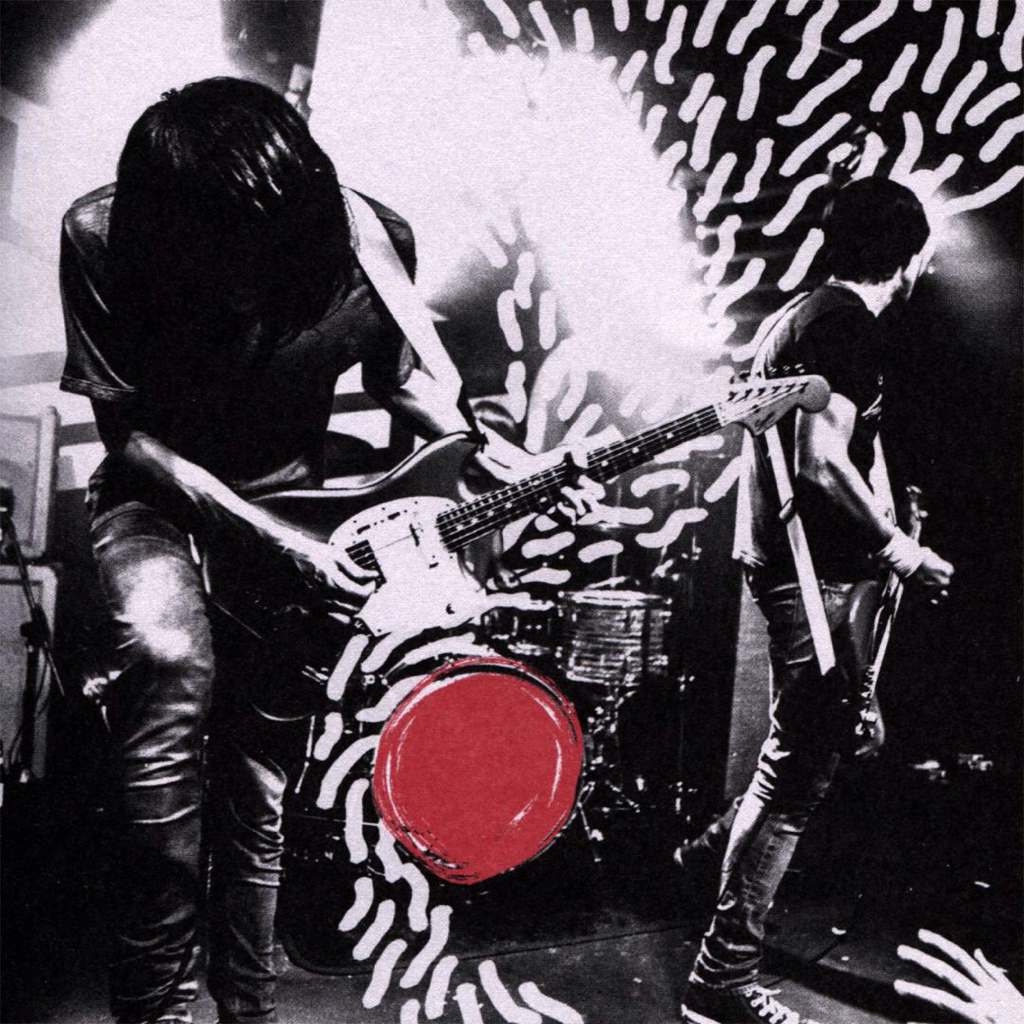 "The Cribs are an English indie rock band originally from Wakefield, West Yorkshire. The band consists of twins Gary and Ryan Jarman and their younger brother Ross Jarman. They were subsequently joined by ex-The Smiths and Modest Mouse guitarist Johnny Marr who was made a formal member of the group in 2008. Marr would remain as part of the band until 2011; his departure was officially announced on 11 April through the band's website. The band, who first became active on the concert circuit in 2002, were initially tied to other like-minded UK bands of that time, most notably The Libertines, by a British music press that were looking for a 'British rearguard' to the wave of popular US alternative rock bands of the time. They had outgrown this tag by the time of the commercial success of their third LP. In 2008, Q magazine described the band as "The biggest cult band in the UK"." 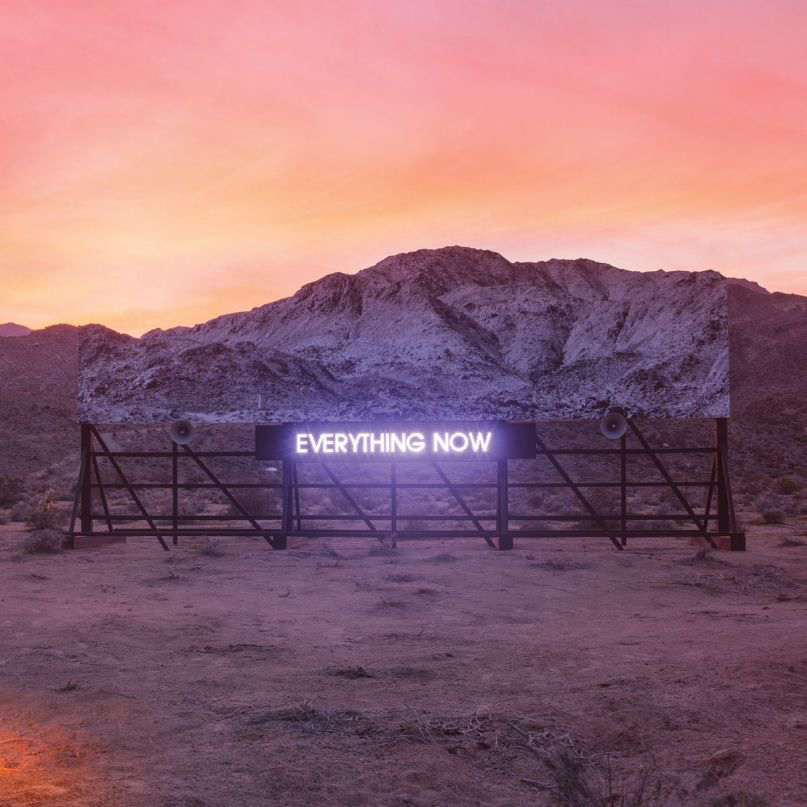 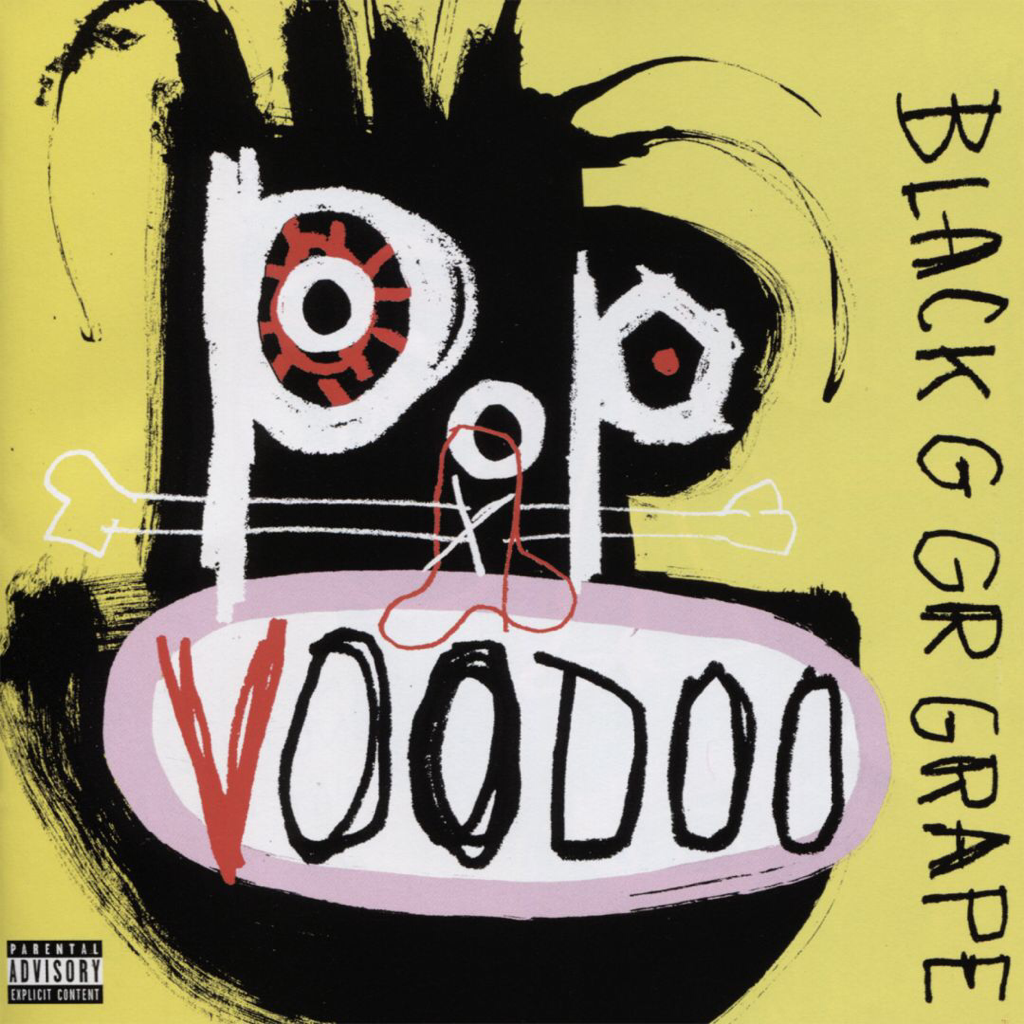 The Happy Mondays fell apart in 1992, leaving most observers to assume that it was the end for Shaun Ryder, as he struggled to recover from his numerous drug addictions. No one could have ever predicted that three years later, a relatively fit and healthy Shaun would return to the top of the charts, with a new band.
Black Grape’s debut album, It's Great When You're Straight...Yeah is a surreal, funky, profane, and perversely joyous album, overflowing with casual eclecticism and giddy humor.
The new band was looser and grittier than the Mondays.
Ryder’s sound was reinvigorated, creating bizarre rhymes that tie together junk culture, drug lingo, literary references, and utter nonsense.
One of Britain’s best wordsmiths Shaun Ryder’s lyrics have always been delightfully freewheeling, and full of multicolored imagery.
Teaming up with Kermit ( ex Ruthless Rap Assassins) he now had a rapper on board with equal skills to bounce off.
Even better, the music has deep grooves and catchy pop hooks that come straight out of left field. From the blaring harmonica of the triumphant "Reverend Black Grape" and the trippy sitars of "In the Name of the Father" to the seedy, rolling "Shake Your Money" and the stinging guitars of "Tramazi Parti.”
Whilst the memory of the Happy Mondays, has been kept alive by its various members extra musical curricular activities, Black Grape has always been the simmering stalking horse, waiting in the wings, for a time to come back to life, and remind people of the huge commercial and musical celebration that it was.
So we’re delighted to report that Black Grape are back on the road, and with new album Pop Voodoo that really does rock the fuck out of the discotheque. It’s a rewind to over twenty years ago and the glory days.

Shaun’s word play has never been deployed to such devastating effect, and he scores a bullseye whether he hits the obvious targets (Trump), and the more obscure ones… well, find out for yourself. The world is in a bit of a state right now, and bullshit reigns more than ever, and perversely disguised as candour. We need Manc street sass, intelligence and wit more than ever right now.
This new Pop Voodoo album has that in spades. 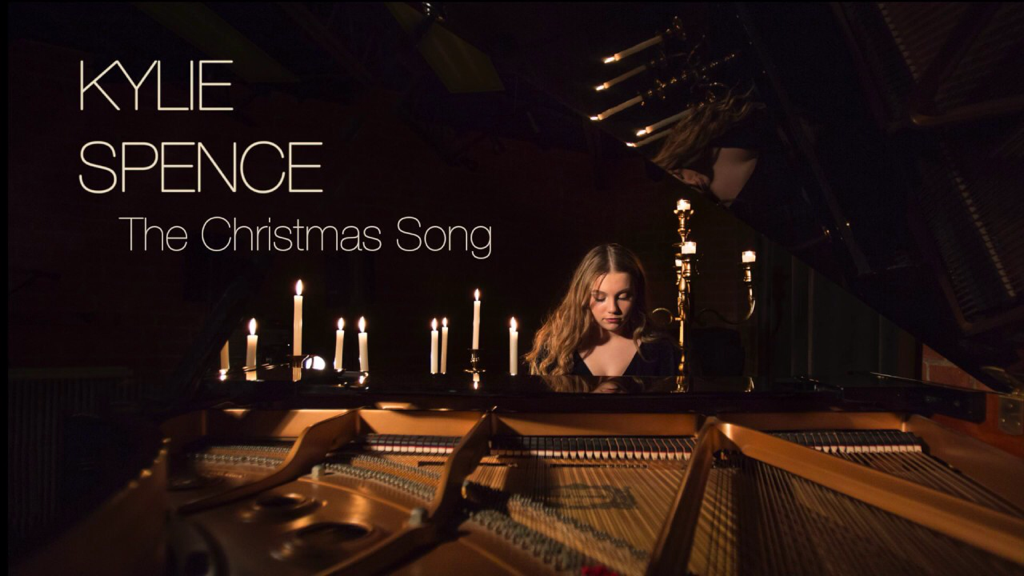 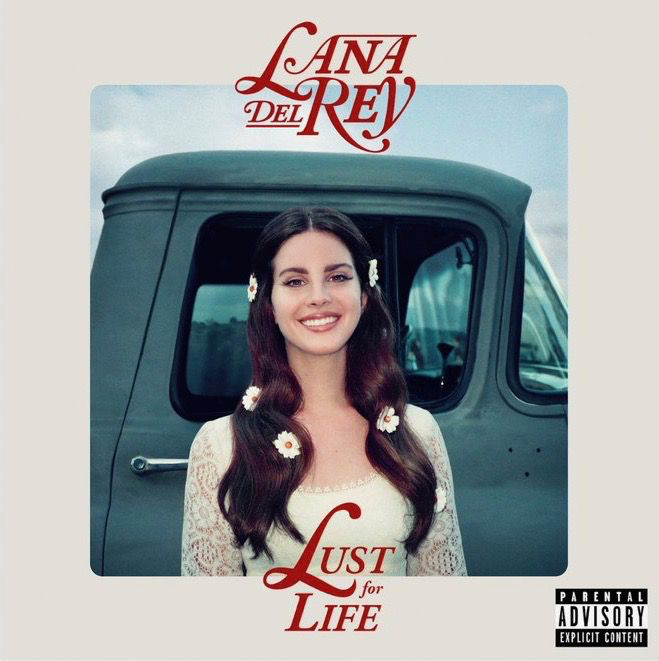 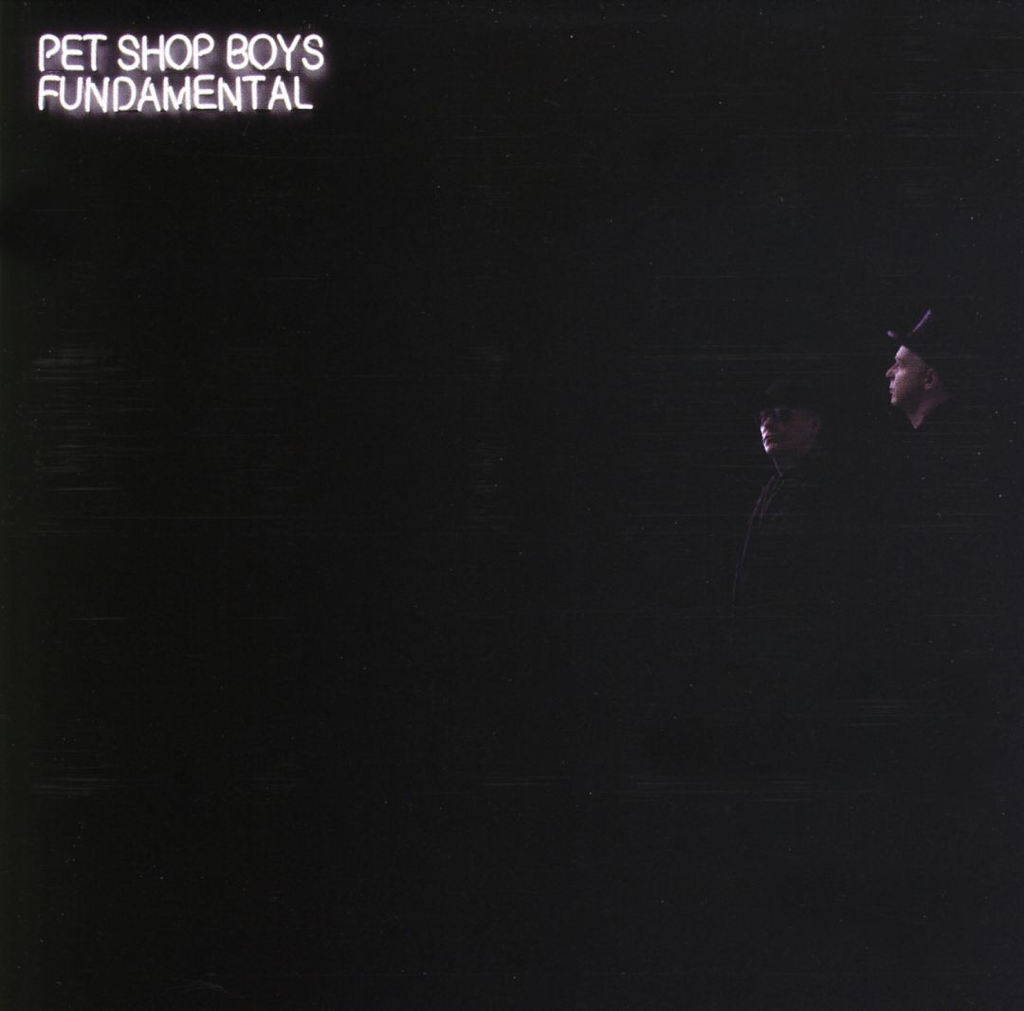 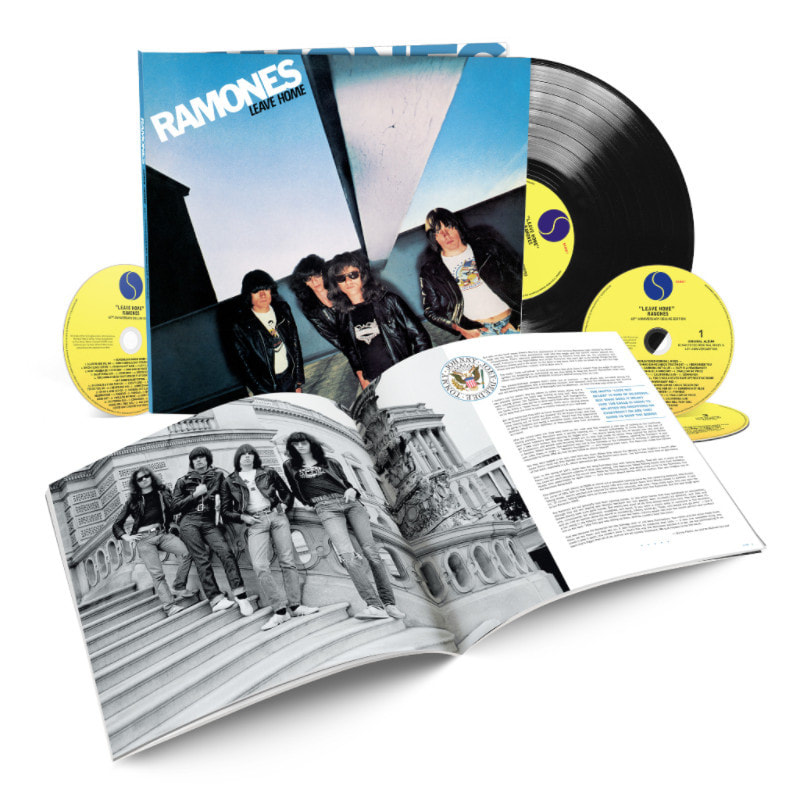 The vinyl LP included in this new edition features the 40th anniversary remix. In the sleeve notes that accompany this set, Ed Stasium explains why this has been created: “Generally, the consensus was [the original] maybe sounded too clean, the guitars panned completely left-right detracted from the band’s foreboding presence, and the reverb effects especially were a little excessive.”
Like the reissue of Ramones, this comes packaged in a 12″ x 12″ hardcover book. According to the label it’s a “limited and numbered edition of 15,000 copies worldwide”.
​ 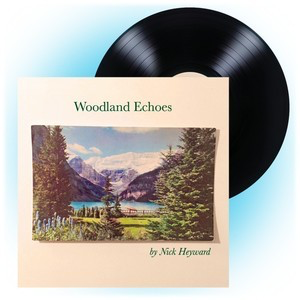 Woodland Echoes is the seventh solo album by English singer-songwriter Nick Heyward. It will be released on 4 August 2017 on Gladsome Hawk Records.

COLDPLAY! What are you gonna say....have a listen x 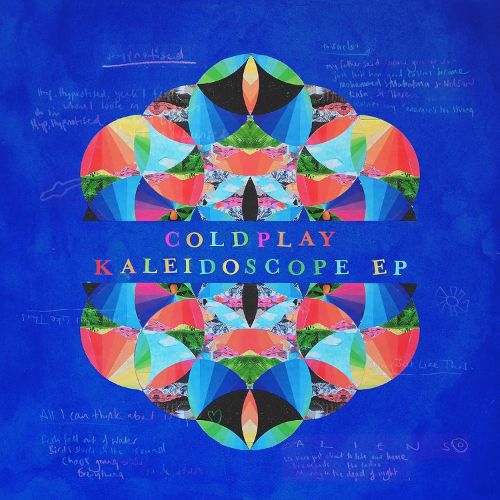 All Music Review & Info
For a while Prins Thomas was booked to do a regular monthly night at Corsica Studios. I would pick him up from Heathrow in my trusty Citroen diesel and head back to the Elephant and Castle. Sometimes via his fav Soho record shop (Phonica Poland St)
After one particular heavy night I was designated to pick Thomas up from his hotel in Camberwell and drive him to Gatwick. Easy, he had to check in at - (I think 1pm)
We set off, my sat nav set.....


After an hour we were at London Bridge......I don't know what happened to this day. Either I tried to check it and reset the course for Heathrow or ....well I just don't know...
We were in trouble, I got through London after what seemed like hours and floored my old Citroen on the motorway.


We were too late for his check in, and only got away with it because Thomas had a VIP flight card....
He had a massive gig that night and I aged years waiting for him not to reappear from the terminal...
Still Hate! Gatwick airport..... 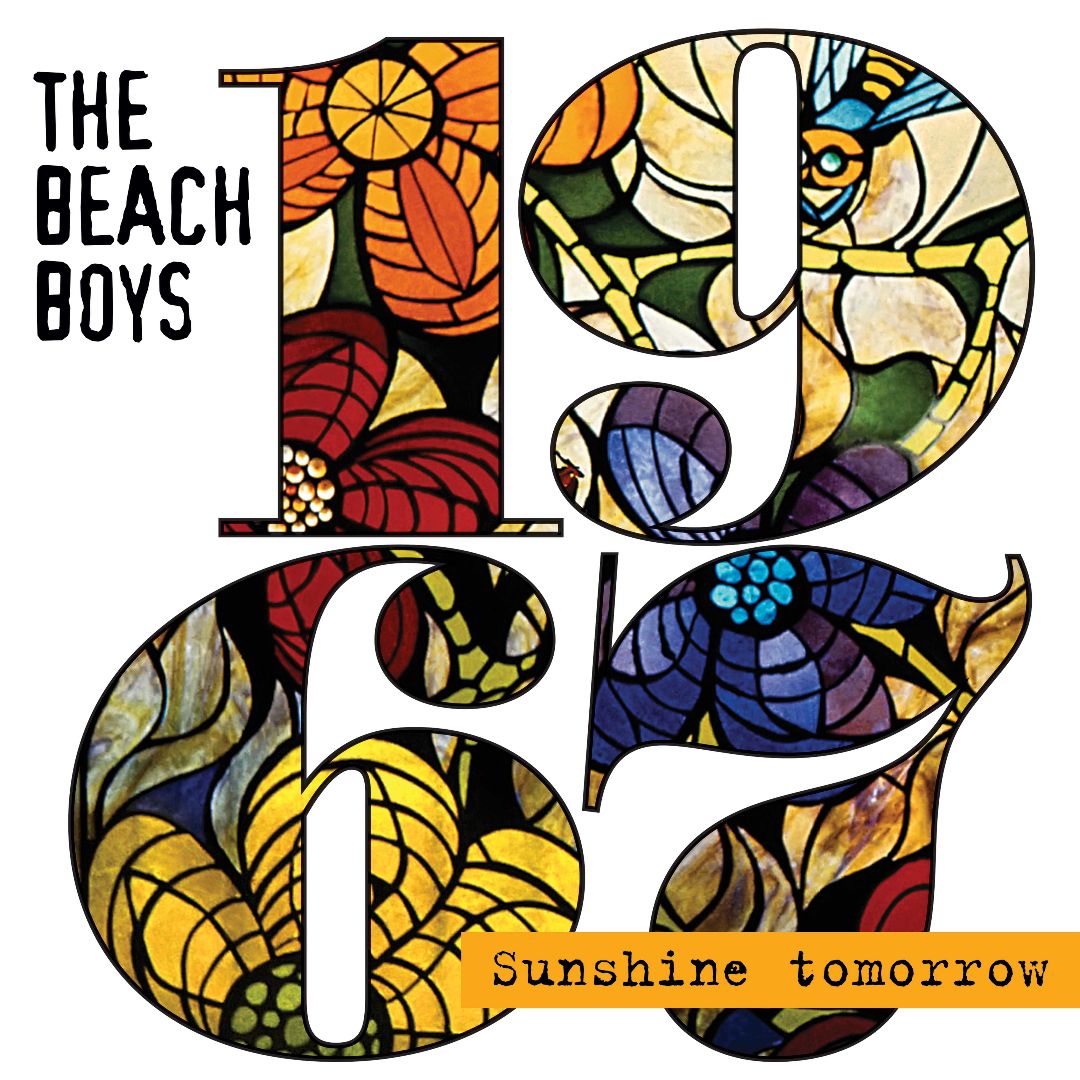 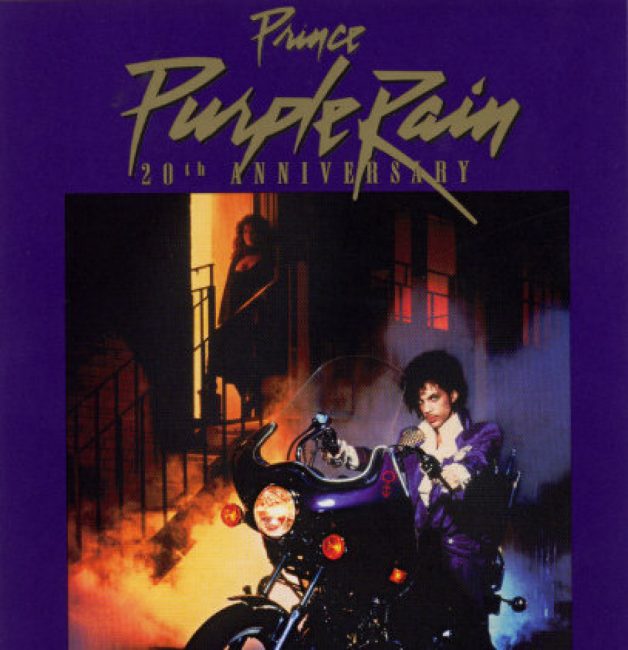 When Prince returned to Warner brothers in 2014 this anniversary (30 years at the time) was planned but never materialised.
Purple Rain is clearly Prince's finest work but no unreleased material on this version which is an opportunity missed for me.
Lots of extra's and b sides and bells and whistles... though, contained on 3 cd's and a dvd no less.
Time to revisit this classic.....
pauliepaul x
Jack Antonoff info...

I grew up listening to Glen Campbell. My dad would play his records all the time. And then seing him alongside John Wayne in 'True Grit'...
He is brilliant. This album is something he felt he had to do. Songs he wanted to sing. I still love 'Ghost On The Canvas' a song he wrote a few years ago.
I will be listening to Glen Cambell at the final whistle, along with Sinatra and Dylan. I think he's that important.
pauliepaul x