--
​Glaswegian singer-songwriter Kerri Watt has set the release date of her long awaited debut studio album ‘Neptune’s Daughter’ as January 15th 2021. The album will be available on CD, cassette (available exclusively from Kerri’s official store), and will have a Deluxe Digital Edition which includes six bonus acoustic tracks. Pre-orders from the official store, Amazon, and iTunes allow immediate download of the five singles released so far; ‘Kissing Fools’, ‘Chasing Aeroplanes’, ‘Cut Me Loose’, ‘Jessie’, and ‘You Can't Catch Me’. - Kerri spoke to pauliepaul and I definitely saw him blush... read below - Fran loves you xx

“I loved the idea of joining forces with someone from a totally different genre to bring something unique to the sound..." 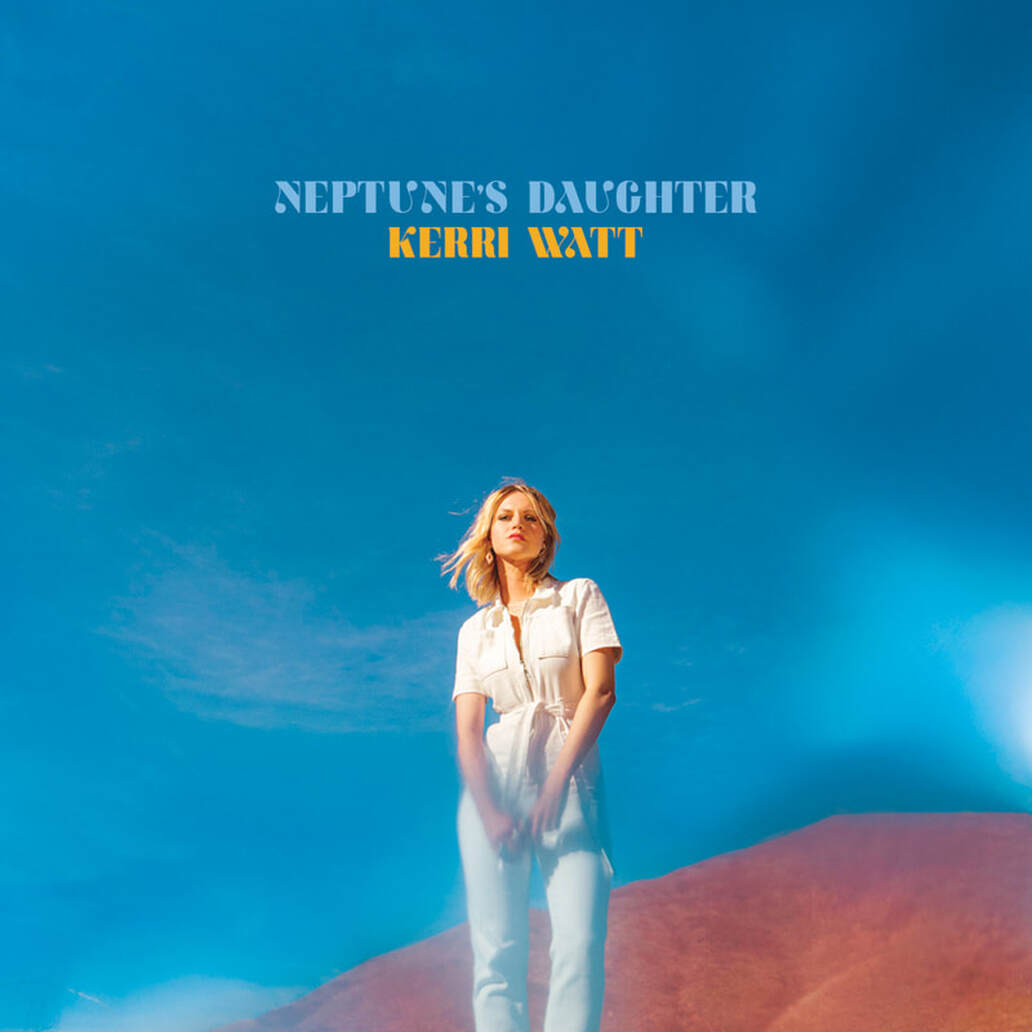 Delayed due to the ongoing global situation, ‘Neptune’s Daughter’ was recorded in 2018 with Texas based producer Machine (Clutch, Lamb Of God, Fallout Boy). Not every day does the opportunity arise for an artist to work with someone who sits so dramatically on the opposite end of the musical scale, so when Kerri was told that the metal and rock producer was interested in working with her, she jumped at the opportunity. “I loved the idea of joining forces with someone from a totally different genre to bring something unique to the sound. Machine and I spoke at length about the sound of the album, influences, bands/playlists/moods we liked and found we had a lot in common.”

It’s a partnership that clearly worked. As Kerri sought to expand her sonic palette past her Americana roots, Machine facilitated the infusion of other genres integral to Kerri’s musical upbringing, all whilst ensuring the original songs essence stayed intact. The tunes Kerri bought to the studio were given a new edge with elements of rock, blues, and contemporary pop, producing thrilling results. Supplementing this evolution of her sound was a team of top session players in Austin, Texas, “The final result perfectly encapsulated the 5 weeks Machine and I spent experimenting and creating magic at his studio with some incredible Austin players!”, Says Kerri. 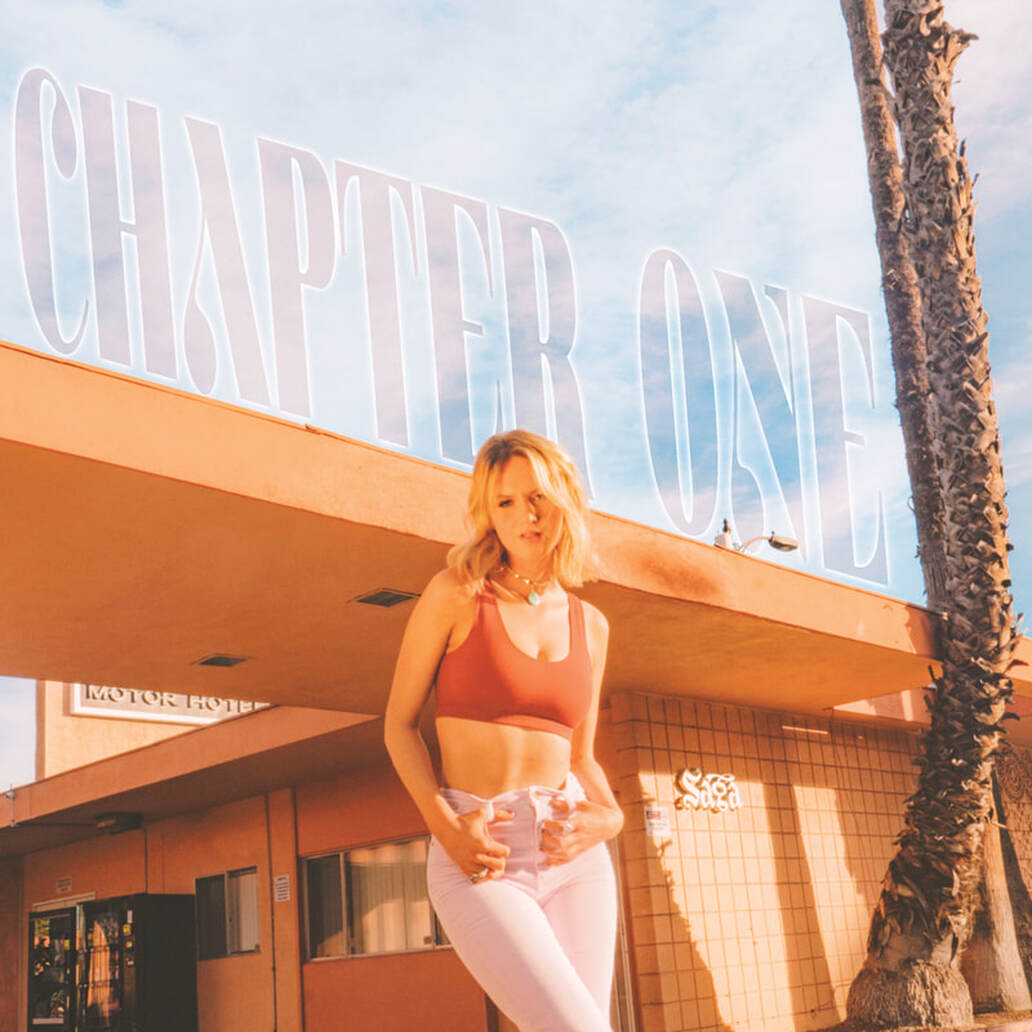 Firstly Kerri, We (royal we) love the album - You’ve been working with Machine on production, Is it easy for you to let go of a song - how important is a producer?

Hello paulie, thanks so much. The best part about working with Machine is it’s very much a collaboration. When we recorded the album, I flew out to his studio in Austin and stayed there for 5 weeks. Machine, myself and the session players really worked on all the songs together, sharing our crazy ideas, trying things out and really developing a ‘sound’ we all loved. So luckily - I haven’t had to ‘let go’ of any of my songs, if anything, i get even more into them during the recording process. A good producer like Machine is important for so many different reasons. They can help bring out colours of your vocals and your music you didn’t even know were there!

Are you hands on in the studio?

Totally. As a musician/songwriter who sings, you’re recording songs that have come from some place inside you and it’s important they’re sort of handled with care. I worked with producers when i was younger who just had an idea about what the sound should be and didn’t take into consideration what the songs were about. But like I say, a pro like Machine knows how to nurture an artist and collaborate rather than take over.

It was one of the greatest nights ever! Just so much fun, Keith was a legend - super kind, welcoming and even invited me to duet with him during his set. It was the first time I’d debuted a lot of my new music to a big crowd so it was such an exciting show.

Are you happy on stage? Big or small venue?

Love the stage and always have. I love both for different reasons. Small venue when i’m playing acoustic and want to get intimate with the audience - you can make direct eye contact and have the freedom and attention to be able to tell the stories of your songs. Big venue when I’m playing with a full band. There’s no feeling like strutting across a huge stage looking out at a sea of people all clapping and having a good time.

​Do songs take on a different life when you sing them live?

They do and it totally depends on the show - no two are ever the same! Sometimes you just get a spark of inspiration and throw in a new melody, sometimes you try a knee slide you’ve never done before. You just gauge the audience and go with the flow.

My parents were still living in the 70’s when I was growing up in the 90’s! So as a kid I listened to so much great disco music which actually led to me dancing which was my first love and intended career path before I discovered how much I liked to sing. When I eventually started songwriting (years and years later) my early influences were Sheryl Crow, Van Morrison and The Rolling Stones.

Where about’s in Scotland are you from, I love Scotland…..

I’m from a little town called Milngavie (pronounced ‘Millguy’) just outside Glasgow. On the edge of the country side but close enough to the city. I’ve moved around a lot but I finally settled back in Scotland a couple of years ago. But who knows where the next decade will take me.

You've mentioned dancing which half answers this question - Was music your first love? - any other creative talents?

Yes, I loved to dance and musical theatre was where I ultimately thought I wanted to end up. I’m always working on something creative. I filmed three DIY music videos during lock down and had a lot of fun learning about video editing while I put them together. Sometimes i paint, though I’m really not very good at it and right now I’m into making Christmas decorations.

Where’s home at the moment?

If you’d asked me at the start at the year I would’ve said ‘on the road’ but since Covid - it’s up here in Scotland.

("On the road", would have been the coolest answer to any question I've ever asked in my whole wide life! ... I'm going to give it to you x...)
Do you feel part of a scene where you are?

Absolutely. I feel so fortunate to live in a city that has such a vibrant and talented music scene. And actually that extends far beyond Glasgow - the whole of Scotland is buzzing with the arts and it’s really exciting to be involved in.

How as lockdown affected you?

It’s been great for me creatively. I released 2 EP’s that weren’t planned, got to learn about making my own videos, and also connect with my audience in a totally different way by live streaming. However, like most, I’ve also gone through some really low periods. I’m glad to see a new year on the horizon.

The Celestine Prophecy - Father of The Bride

Debut album in January, an exciting (unannounced) new business venture to follow and hopefully onto LOTS of live shows when the time is right!