You must have heard Lloyd Cole is playing live in the UK pretty soon. I've put the press release below but if you're a fan, you should really take this opportunity to see him. Because he's not just playing old songs (brilliant old songs) no. This tour is off the back of a great new album which I hope Lloyd is proud of, & overjoyed with. Because he should be. What I love about this tour is the respect he pays to the songs, the songs that became apart of a lot of bedsit walls. Below is a quote from an interview a very early Phacemag interview I did with Lloyd back in 2016 - Oh No! I hope he has Heartbroken on his latest set list!
​For tickets I would go to Lloyds Website,  I've put live & Ticket dates below but only as a reference - this is a quick chat we had when his album came out last year  -  Lloyd Cole Phacemag Chat 2019  Best pp x

You’ve been performing a lot Lloyd, do you still enjoy it? You know fans will always want to hear those early songs...Heartbroken for example, my favourite. - pp
"Every now and then a song needs a rest, but I sing Heartbroken every night without complaint. I can almost play it, now."  - Lloyd Cole

In 1990 Lloyd launched a solo career and has been making albums ever since. In the early 2000’s, Cole retreated somewhat from rock/pop, performing mostly acoustically, but his 2013 album Standards took fans, critics, and maybe even the artist himself, aback with its brash electric rock ‘n’ roll sound.
This show will present music from Lloyd’s back catalogue, starting with Rattlesnakes in 1984, right up to his forthcoming album Guesswork released on 26 July 2019.
His latest album, Guesswork, mirrors the uncertainty of the world as you enter your third act and is consistent with a record whose protagonists seem reluctant to venture confidently beyond the moment. 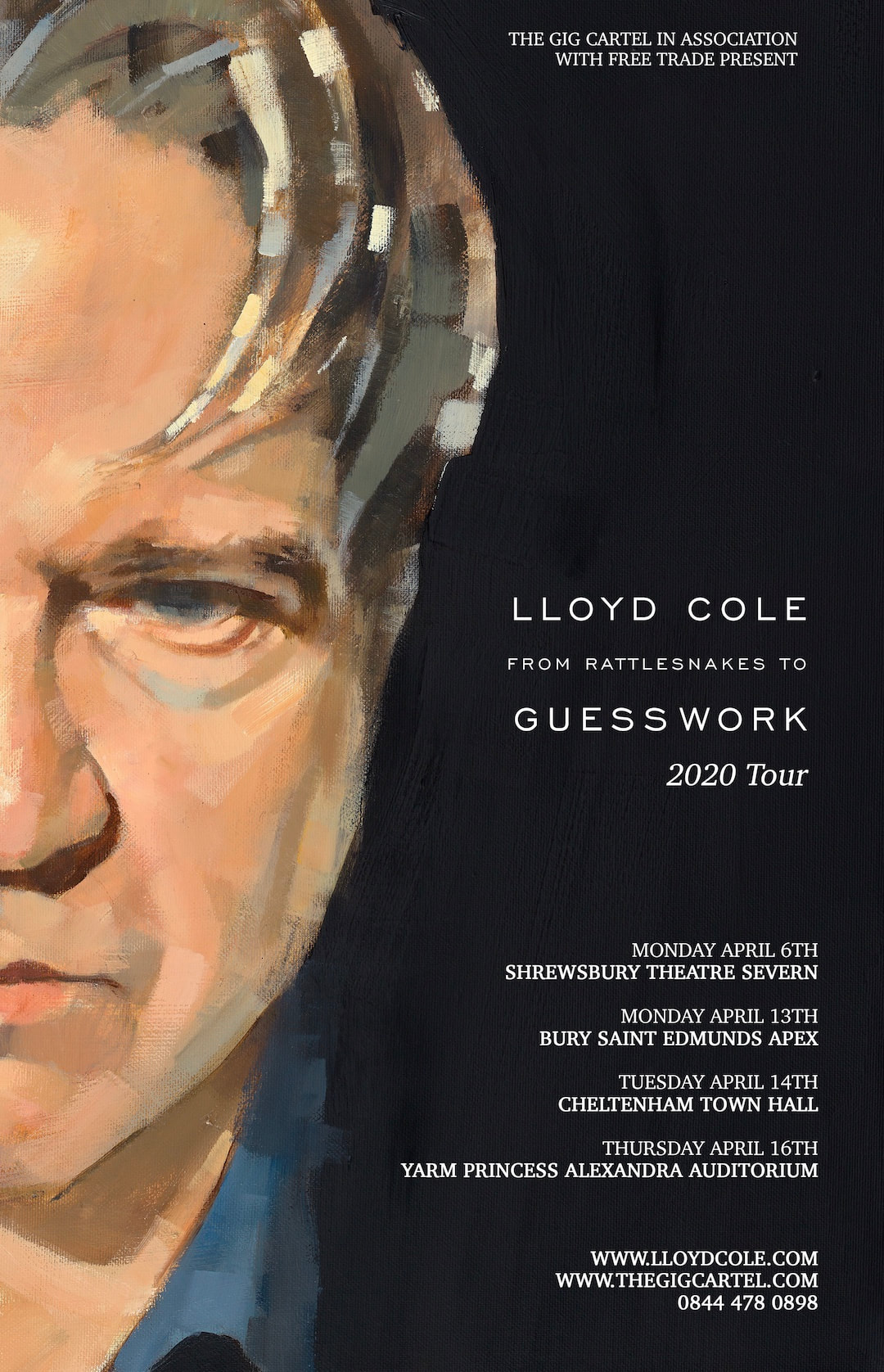