Please take note - it's about emotion - it's all about emotion...best pp
ps/ I'm a dyslexic left handed magazine editor and Fran isn't here so read it and weap - best pp
Co. Monaghan singer-songwriter Charles James Livingstone is releasing his debut single as a solo artist after Covid made performing and writing in his band Lowlight Gathering unfeasible for the last year. With a full EP due for release later in the year Livingston is announcing himself as a solo artist with his first single ‘Midnight Moon’, released everywhere March 11th.

Taking a step back from writing with his band Lowlight Gathering while in lockdown, Charles has decided to go it alone on this one, writing and recording the songs from the comfort of his bedroom at home. With this new single Charles is showcasing the experience he gained along the way as the singer-songwriter and frontman for his previous band, which has given him the confidence to step outside his comfort zone and approach his craft from a solo perspective.

Other influences for me have always mostly been good storytellers along with great  melodies and song craft .. ​

​Working once again with producer and singer-songwriter Ryan Sheridan who Livingstone has worked with in the past and getting old bandmates (Shay Sweeney on drums and Danny Mahony on keys) to record parts remotely, Livingstone has been able to create a beautiful full sound that hasn't lost the spark of magic that lead his band multiple plaudits in the past.

The track is steeped in all the right elements. From a slow smooth intro and beginning, into uplifting and anthemic chorus. Charles describes Midnight Moon as a story with a metaphorical meaning of escapism. The lyrics talk of a couple trying to escape the daytime light and all its trappings, as the night is where they find peace and solace.
​
Charles’ previous releases with his band have seen him win a Best Newcomer Award at the Pure M Music Awards for the band's first EP release Young Hearts. The band also received rave reviews for the release from the likes of Hot Press and The Irish Times with extensive radio airplay on both local and regional airwaves. With this new single release Livingstone is hoping to gain the listeners attention and possibly show them a different side to his craft moving forward as a solo artist in 2021. 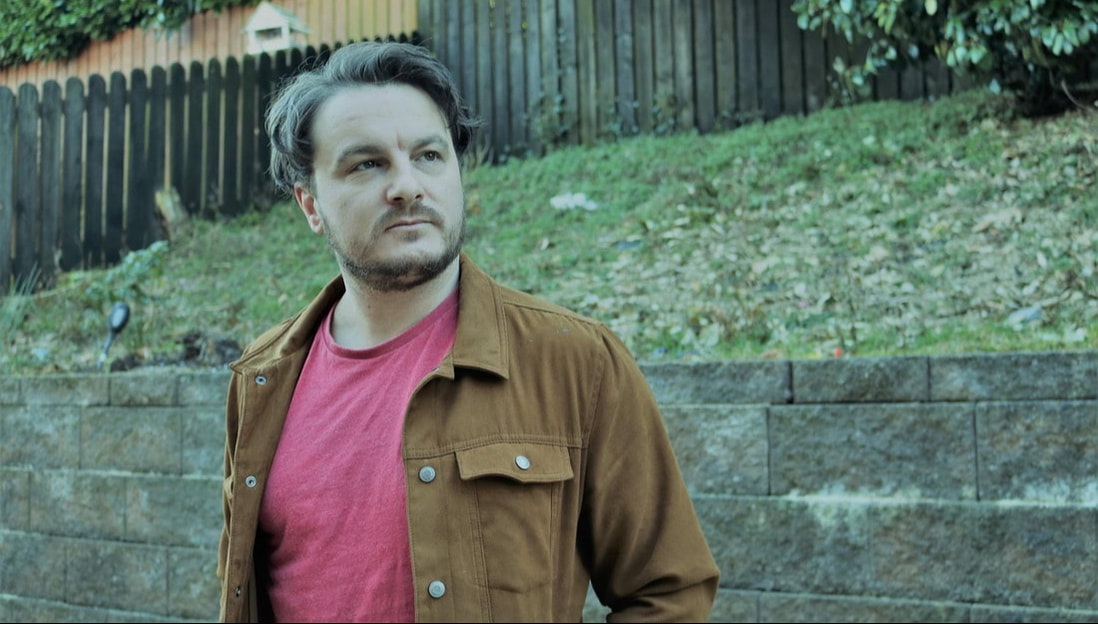 I read that the song has a story to tell, do you start out with a tale of two people for example, (or is it a fluid stream of conciousness writing process?) what I wanted to ask....but didn't - doh - best pp x

Yeah the song is a metaphorical ‘ story of sorts , but to answer your question , No ! I don’t ever really start out with a goal in mind for a song .. for me the creative process always starts with melody, whether it be on guitar , piano etc .. I usually let the music take me along and then lyrical ideas start to form like images and lyrics .. sometimes songs come quick and almost effortless and then sometimes you could be stuck on an idea for weeks and months before it all starts to make sense ..

Yes music was for sure my first love .

I always ask artists about other artistic loves, I find that writers were painters and singers were writers - well you get it - does this apply?

Yeah, I do love art and artists , my wife studied fine art at college so I guess all us artists do attract in some funny way .. I also love photography and is something I’m keen on taking up as well .. I also watch a lot of skateboarding which I find to be an art to .

What were you listening to at school?

Well I was never a big fan of school, so unfortunately I didn’t hang around in secondary school for to long .. but I remember being a big fan of what Blur were doing back then, when the whole Oasis v Blur media war was happening .. I’m still a big fan of Blur today 😊

'Out Of Time' by Damon is one of favourite songs ever!
Did you listen to your parents records or old brothers/sisters?

​Yes, my Mum had a small collection of records when I was younger that I'd listen to. She had a mix of stuff, from Elvis , the Carpenters , boys to men , Micheal Jackson , Chris de' Burg, Randy Travis , Sonny and Cher .. so I used to listen to whatever I could get my hands on back then.. 😊
​

I have only recently gotten into the whole recording and production side of things .. But yeah, my mission is to be a lot more hands on with my music in that sense , it’s always been a dream of mine to one day have my very own high spec studio 😊.

Can you let go of a track if the producer wants to drastic change… something?

I’m usually very open to changes, if the changes make sense with what’s going on in the song .. sometimes it can be hard, to let something go, to change, if you’ve already gotten very attached to a certain structure or set of lyrics etc ..

Are you a reader? Fav book?
​
I used to read a lot !! I have kids now so between working on music and keeping them happy reading kinda takes a back seat of late 😊 ..
Last book I was reading tho was a book a mate got for me called How music works by John Powell ..

Fav movie , well there are quite a few but if I’m to pick one that I enjoy watching on the regular then it has to be - Seven with brad Pitt and Morgan Freeman . Quality show
​
Do you enjoy playing live? When the chance arrives….

I do enjoy playing live and am looking foward to hopefully getting the chance again soon when this whole pandemic thing subsides ..
I also miss the pints of Guinness to 😊..

Well I’m already starting to write some new songs for the next EP or Possibly Album .. so the plan is to just keep working and recording from home on the new material. I’m also collaborating on some songs with my good friend Danny Mahony who played keys in our band Lowlight Gathering .. so yeah I just want to stay busy and as creative as possible.. 😊