​North West London vocalist Emily Capell is one of the city's more exciting acts. Embroidered in Joe Strummer's punchy words, Emily  is  here to discuss her debut album. A must for post punk fans, Combat Frock shimmers with telling London exorcisms, matching the militant with the musical. Eoghan Lyng caught up with the songstress to discuss her newest material

Your album title tellingly homages The Clash's fifth album. Is it a feminist statement of punk intent?

Yes it is! The Clash are my favourite band and I wanted to acknowledge my love for them. The songs aren’t particularly punky! I love doo wopp and pop so much that I think those genres come through strongest. But The Clash were more than just a punk band, they had more than one sound so that’s what I tried to get across through my music with Combat Frock!

Photograph Of Emilly below & Cover by Fred Perry, Supporting Music with style!
That's mine though! Cracking line! best pp xx 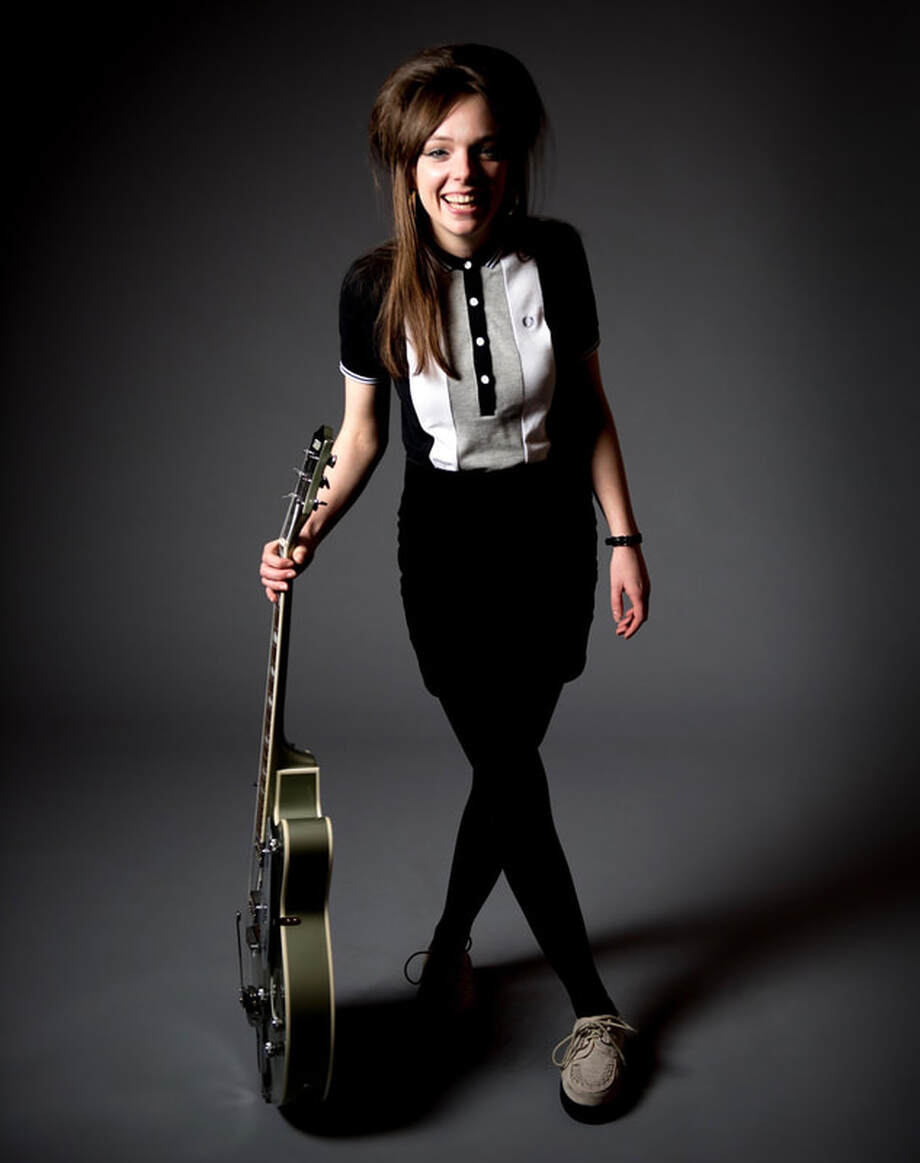 Many of your influences are quintessentially British. What is it about British music that feeds into your lyrics?


I think because I live in London and I always have, London can’t help but come across in my lyrics. I write about what I see and how I feel so I guess that’s my British life! I love that Britain is really multi cultural and that’s what I try and put out in my music, a little bit of everything. But I love ska and doo wopp and the rat pack and they aren’t British based!


Smiley Culture is a modern protest song detailing the whims and fancies of the internet milieu. How did you come up with this track?


I remember reading about Smiley the news when he died. We are a very left wing family and we go on marches quite a lot in central London. I remember seeing ‘Who Killed Smiley Culture?’ written across protestor’s banners and going home and googling it. I think it’s important to be political in music and to teach people about what is going on through your lyrics. At the time I was listening to a lot of rap music so that’s why the song is quite wordy. There’s a lot to take in when you listen to it. When we recorded it I gave everyone ‘Levi Stubbs Tears’ by Billy Bragg as a refernce and I’m really glad how it turned out.
​
​Ode To Uncle Moz proffers your opinions about The Smiths frontman. How do you feel about Morrissey's recent behaviour?

I summed up exactly how I felt about Uncle Moz in the lyrics, I’m gutted and I think everyone is really. I love his solo stuff and The Smiths, I’ve seen him live loads of times. I actually saw him play the London Palladium on night of the London riots after Mark Duggan died and he was amazing. ‘Ode to Uncle Moz’ started out as a poem and it developed. It's not just about Uncle Moz it's about all my worries about the world right now.
​
There's a mindfulness and presence to Bombs To The Beatles that would have impressed the numinous guitarists George Harrison and John Lennon. Is it important to listen to contemporary music?


I don’t really like The Beatles! I know! That’s terrible! I just think everyone goes on and on about them so much that I cant be bothered! I like their earlier stuff but not when they gave up playing. I love playing live. I don’t understand why you’d want to not interact with your audience no matter how loud your amps were. But listen to what ever you want! Don’t let anyone tell you whats good and whats not! You choose!


There's something joyfully funny about I Found A Footballer To Marry Me. Is humour an important part of your wheelhouse?


Thank you, yes it is! Music is there to be enjoyed for everyone! Kirsty Maccoll is one of my biggest influences as a female songwriter and she was very tongue in cheek and witty. I think it's important to laugh at yourself. Obviously I don’t think it’s a good idea just to marry a rich man but sometimes it seems an easier option!


You work with the rhythmical Matt Cowley. What does he bring to your work?


Mafu is an outstanding drummer. He is so versatile, he plays all the different styles that I throw at him! He is also on the keys for Uncle Moz. He’s got a great ear for percussion and he live he keeps us perfectly in time! I am very grateful for Mafu and all the boys in my band. I am lucky to be able to work with incredible musicians!


I think so. Its hard not to live in London and not have it come across in your song writing. For the first few years working as a musician I only ever played in London, it was a big change to play in other areas, its completely different! The audience and the vibes you get are different. I’m glad I started off in London cause its quite a hard place to crack. I love it though, I’ll always come back to London, I wouldn’t have it any other way


If you had a preference between live performance or studio, which would you prefer?


Live 100%. I love being with an audience and standing on a stage. I’m not very techie or particularly patient so I just don’t suit being in the studio for very long. I like to get in and get it done and then get it out! Don’t get me wrong its great being in the studio and being with your team and making a great sound, but nothing beats playing live!


Are there any projects you wish to tell The Phacemag about?


Just get all over COMBAT FROCK! We have the album launch on October 5th and then The Selecter tour.  In February we have our own headline tour for the first time, so look out for that! Also make sure you’re registered to vote! Have your say! Also lets support Extinction Rebellion, Climate Change is REAL!  Let’s save the planet!