​F4ÇADE
talk to paulie and Michelle

I was sitting in a comfy corner of  Vout o Reeneee's  one London evening with my lovely friend and mentor Michelle Olley. The evening/event in Sophie Parkin's gorgeous private members club/art gallery was an exhibition of Jah Wobbles paintings. To my delight It was a marvellous success. I was I should add, delighted and relieved at the same time, because I suggested the event to both Jah Wobble (love his paintings!) and Sophie Parkin.
Anyway, relaxing with a well earned single Malt with Michelle Olley, who helped me so much with Phacemag's birth. (Her powers reach into many marvellous areas)  we both spotted two gorgeously interesting young people. He ("Henri' - whose guitar licks evoke early Robert Fripp and Marc Bolan.") was relaxed in his style tipping his hat to the past somehow feeling modern?
​She ("Angel' - the red haired Venus with an unrealistic vocal range which matches her name").was gloriously glamorous with a confident twinkle in her eye. I introduced myself asking if they would like to join us. They did, it was a most lovely introduction. Best pp x 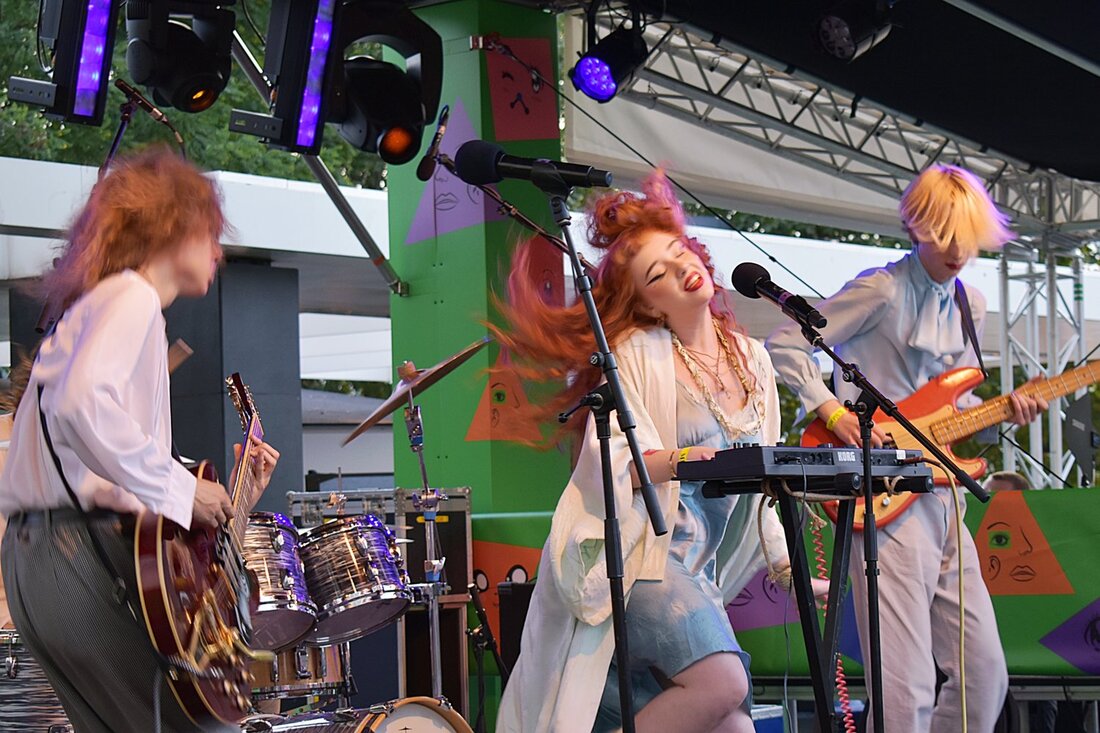 We all go/went to The BRIT School in Croydon (apart from Lani, our bass player), and we all met and became friends at different points whilst there! We found Lani playing in an instrumental funk band in Clapham, then slowly adopted him from there.

I get the feeling you have one foot in the past and 3 in the future or could you correct me?

Hmm - Yes, to a certain extent. We’re very creatively and artistically influenced by older music such as David Bowie, Japan, etc. We’re certainly always looking to innovate though, we don’t want to sound like a rehash of what’s coming before. It’s all about a balance between your own influences and your creativity!

What’s you creative process like, have got a system or is it more random?

Most of our songs are written either by Angel or Henri, or both. Sometimes one of us will have an idea and then we’ll jam it with the band and turn it into something completely different to what it was before - we did that one of Henri’s ideas recently. The original demo was slow and electronic, and we turned into fast-paced funky number. We just do whatever it takes to make a good song really, there really is no method to our madness.

I have to ask about influences?

Well, as briefly mentioned above we do love Bowie! Tori Amos and The Smiths are two big ones as well, and we love lots of 60’s music too. Sacha, our drummer, is really into his jazz, and Lani is a funky man with an additional penchant for metal.

And production that’s another favourite question of mine - are you Hands on or do you work with a producer?

We like to keep very close to our work - we produced our last few songs with the help of a studio/mixing engineer, and that’s how it usually works. We like to take the reins quite a lot as we have a very specific idea of how we like our sound and so in turn it’s a discombobulating to add someone else into the creative process. 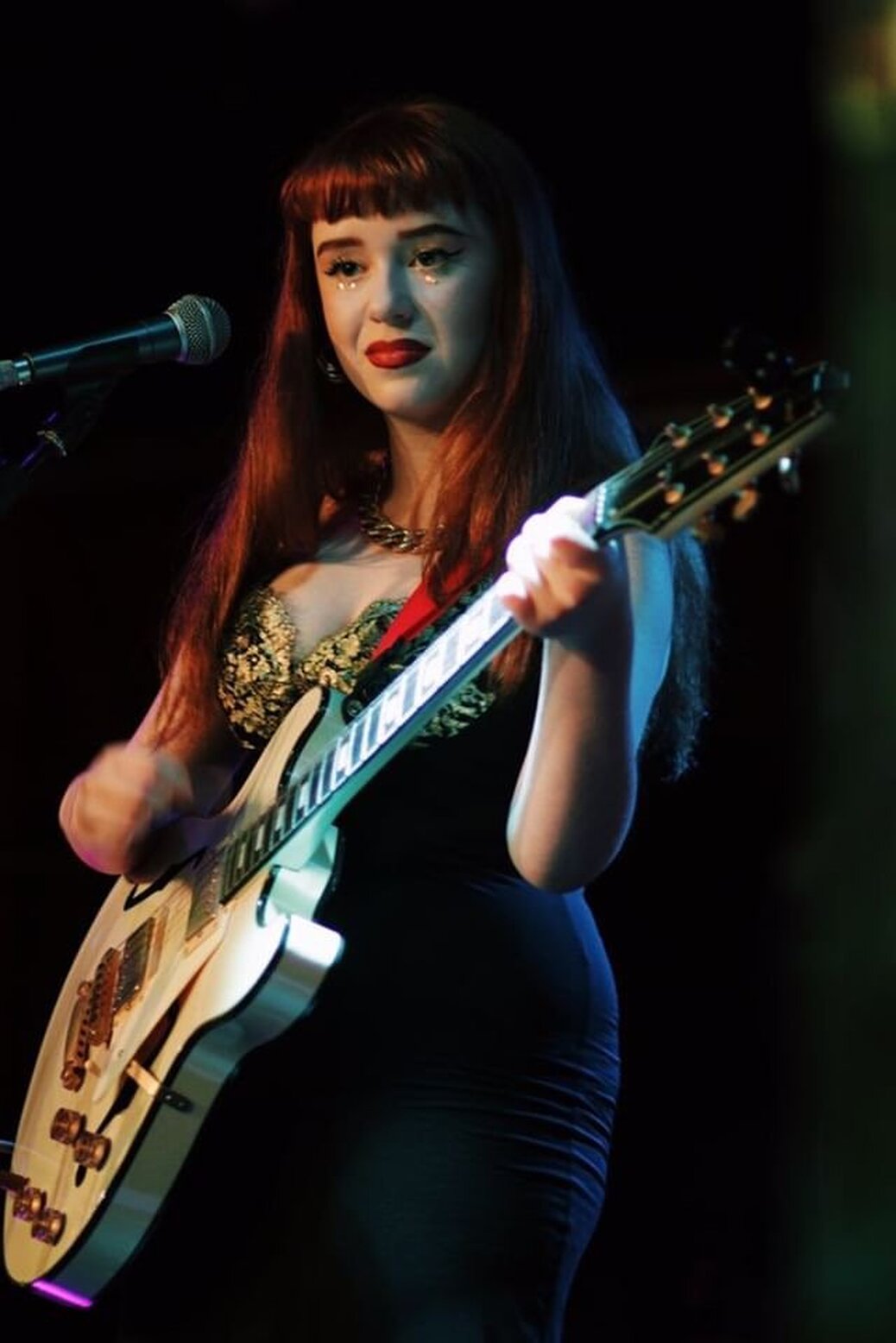 ​On playing live how much of you is that - the performance the whole spectacle are you at home performing?

We absolutely love performing - we are very much a live band. Angel studied theatre for quite a few years and the rest of us just love parading about the stage! It’s something we’re very passionate about and we look forward to doing it again after the lockdown.

Amazing! We managed to pull the biggest crowd we’ve ever had to that gig, and it was an absolutely crazy night. The audience went wild as per, and we had some excellent poetry from some of our friends before we took to the stage. We definitely won’t forget it.

What’s next for you it’s a weird time?

Currently we’re recording our version of Tainted Love (separately) as a nice little treat for our fans in lockdown. It’s something we always play at gigs and always gets the crowd dancing. After that, maybe things might have eased up, but it’s hard to tell at the moment. It’d even just be lovely to get back and rehearse at the moment. And do gigs. We miss gigs.