First Published A While Ago But Not That Long - best pp
Revisiting my chat (3-3-2020) with Mark Farrelly who in my opinion is the back bone of not just British Theatre - But Theatre! I've always maintained that theatre along with my poetry remains amongst the purest forms of Art. Mark's one man performances take the Art of stage performance back to it's most meaningful - back to it's purest form! - True Say - best pp
​Hello ​Mark.  I have to start with  Patrick Hamilton because I'm such a fan and it was his name that alerted me to your work. How did your play about his life come about?

I wanted to create a one-man show from the age of 19, when I was touched to the core by a solo play I saw at the King's Head Theatre in Islington. It took till my mid-thirties, when all the viable distractions of my youth started to fall away, for me to no longer have an excuse for not making it happen. I started looking for a subject and came across Nigel Jones' superb biography of Patrick Hamilton, Through A Glass Darkly. I immediately saw the dramatic potential of such a remarkable life: it's like a sunburst that slowly morphs into a very black hole. I also felt some kinship with him, which is essential. 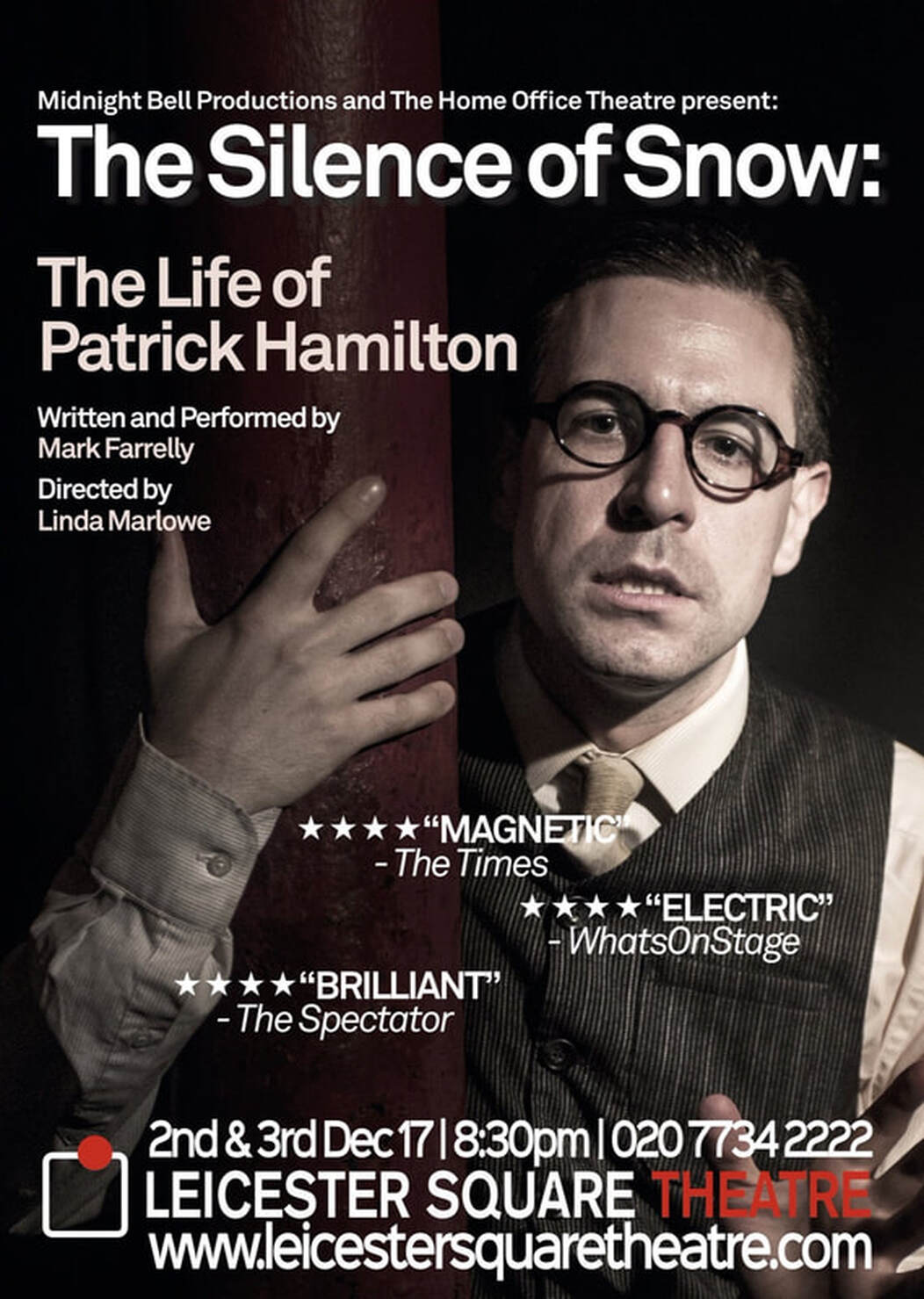 Markfarrelly.co.uk
​Your education and qualifications (double first in English from Cambridge) are an incredible achievement and not ones that I associate too closely with acting... were you torn between academia and treading the boards?
Never! I haven't the slightest interest in academia, and since Cambridge have struggled to read books (except for research).  I overdosed on reading at university, and have never had the inclination since. Friends sometimes buy me books as presents and I always smile winningly, but know I'll never read the things.

Acting is life - expression - discovery - RISK - perpetually dancing with the likelihood of failure. The only life choice for me. I feel very sorry indeed for anyone who can't experience their own version of that, and think that everyone - everyone - should act. Even just once.

Can we do a 'What Would You Rather Have?' Or in this case....
Which two people from any time period (living or passed) would you like to meet in The French House Soho on a magic Monday, and what would you ask?

I've been very lucky indeed to meet most of my heroes, even if just to shake hands and say "You've meant something to me". So I don't think there is anyone amongst the living I'd like to meet.

If we're raising the dead, I would like to have a beer with Jesus, and start by asking him how we get humanity to focus on worthwhile things like fairness, kindness and courage, as we all seem to have retreated into a bunker of avarice, superficiality and (most pathetic of all) narcissism. I'd like to know how we create a mass shift from ego to soul, as everything else is just a time waste.

I'd like to meet Oscar Wilde, and ask him how he got through two brutal years of prison. So much of life is a wilderness and I, like so many others, need hope and encouragement to get through these times - which reminds me of a quote I once gave to my first girlfriend at the beginning of our courtship: "You've got to live through the time when everything hurts" (Stephen Spender).
​ 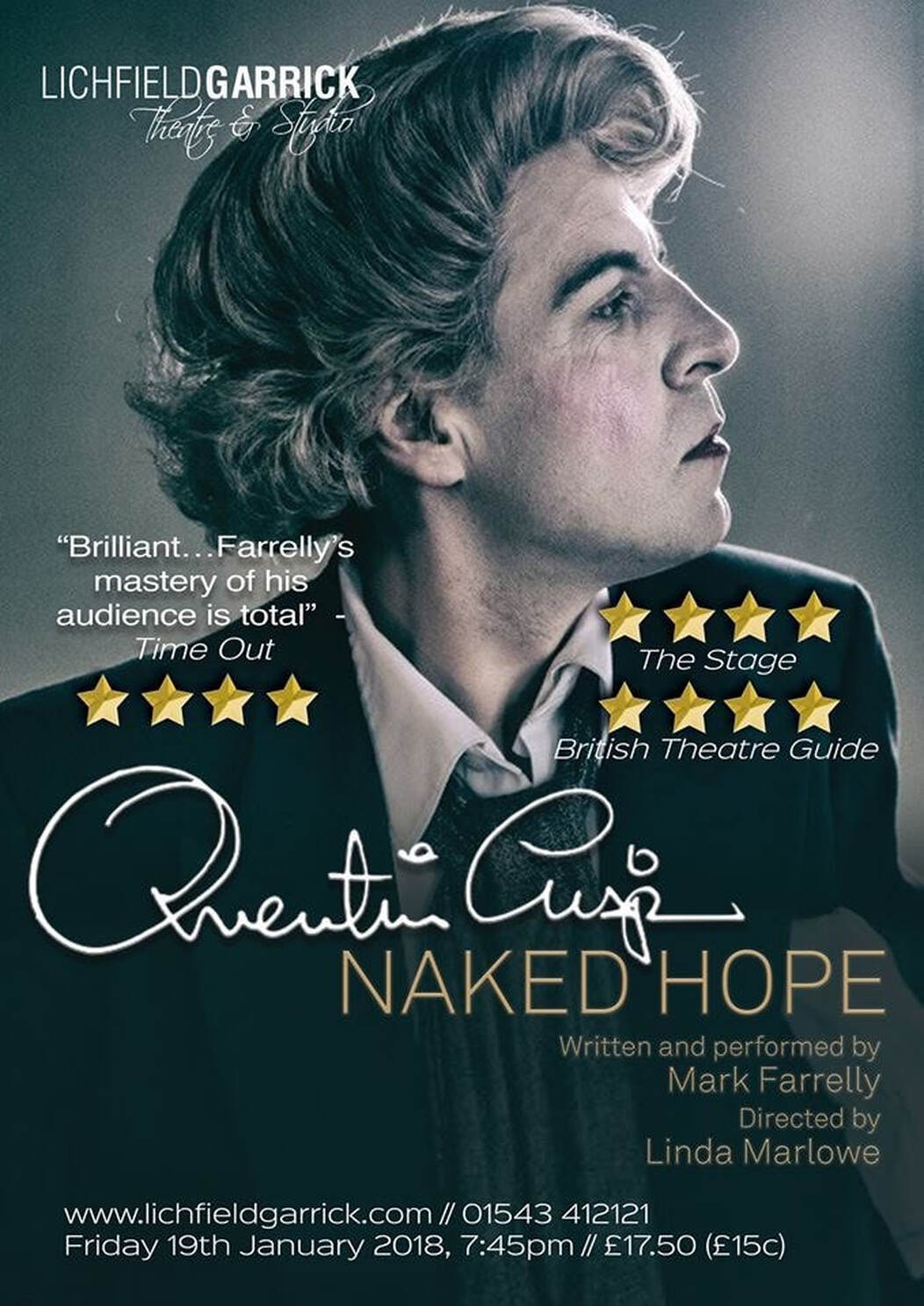 ​That's a great answer Mark! I felt that.
What are you focusing on at the moment? I imagine, having seen your stage (performance) calendar, that it’s mainly work?

Yes, I am getting ready for quite a big tour of my other solo play: Quentin Crisp: Naked Hope... I'd love you to see it when it when it comes to London in June / July.

That would be an absolute pleasure, Mark. I have to say that when Jo and myself left the theatre In Leicester Square after seeing your remarkable performance in  Silence Of The Snow, I said to her that it was one of the best stage productions I'd ever seen. I have a love/fascination for Hamilton, his life, and the London he inhabited. At one point I must admit to crying... I am a very emotional person!
​ 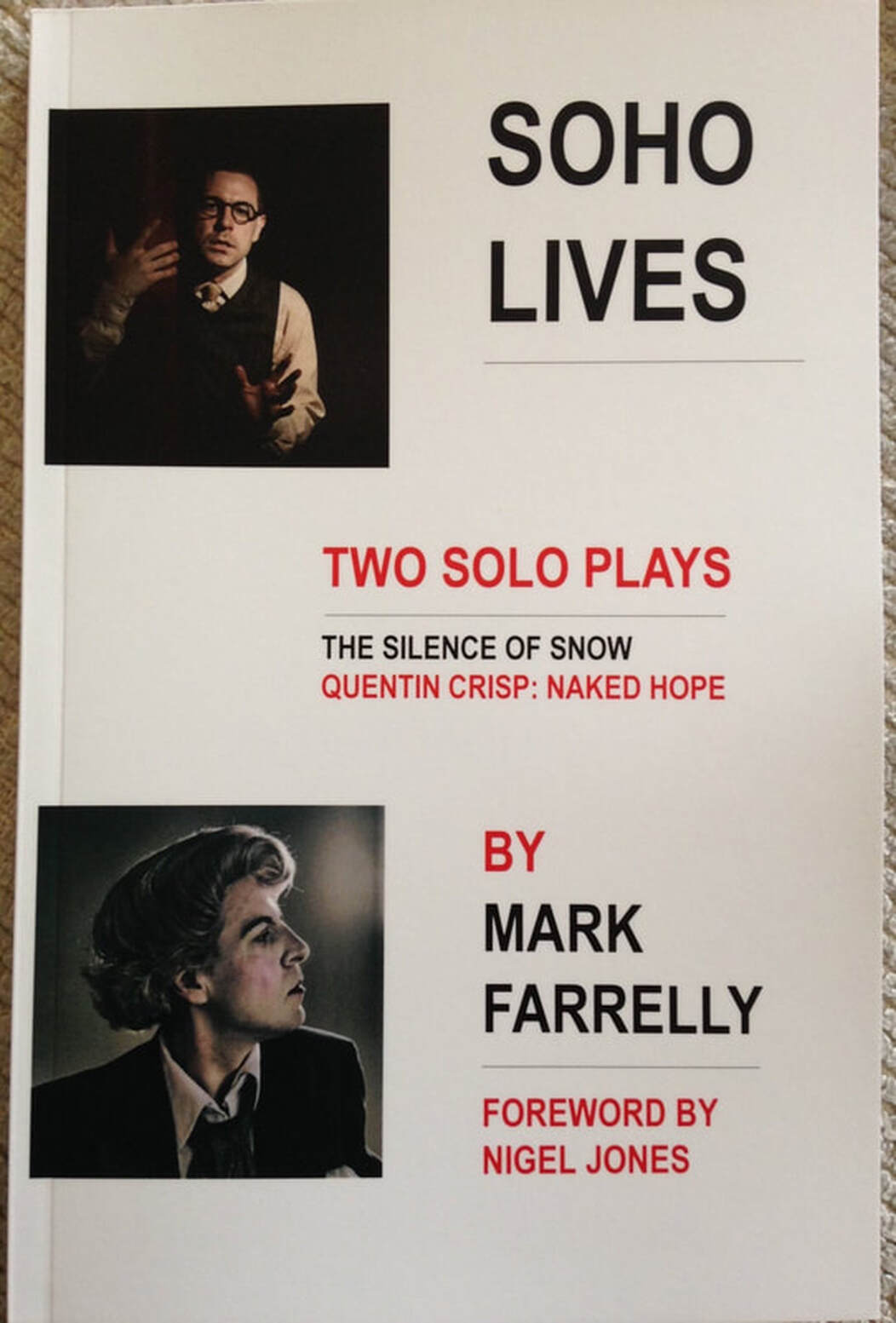 Not to put you under any pressure Mark, but any future projects in store?

Thank you so much, Mark Farrelly, and I hope to see you again very soon - paulie
​ 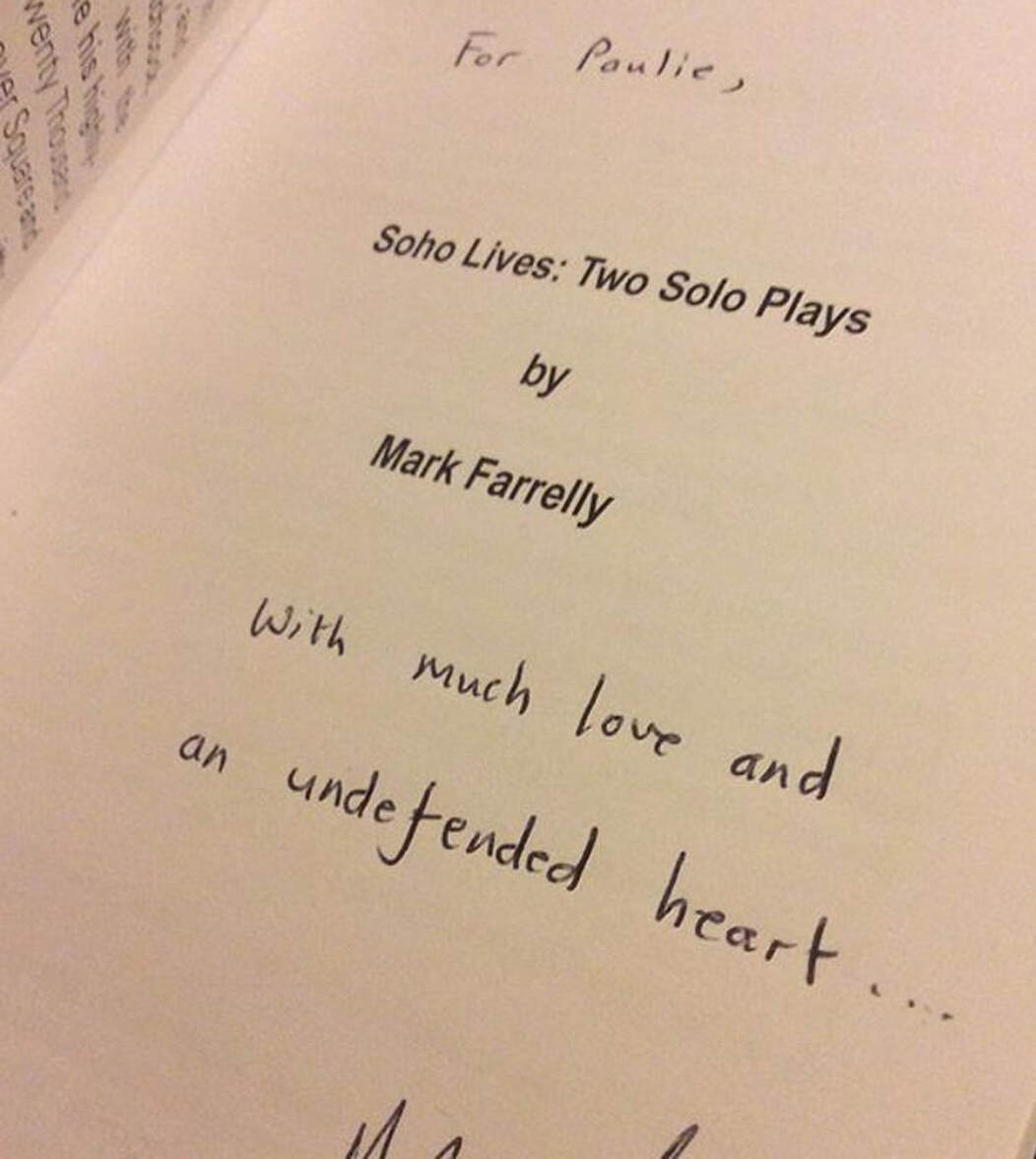