Yes, Jah Wobble has a new collection of songs out entitled 'The Butterfly Effect'. He is also touring details and dates below. I asked Jo Sims if she would interview him for Phacemag which you can read below. We are slightly late with this by a couple of weeks, the album wasn't released at the time of the interview to be fair to Jo; we were kindly sent a press copy. It was the right choice asking Jo, I just don't have the knowledge/insight.. even the respect for a fellow musician to ask the questions she did. Thanks so much Jo & Jah Wobble, I love This! Fran x
​

The Butterfly Effect’, the new long player’s eponymous title track, examines the interdependence of all phenomena and names checks amongst others; Ginger Rogers, Fred Astaire, Bjork, Joe Strummer, Stephen Spielberg, Casanova and Ringo Star
The follow up to his recent and acclaimed ‘Dream World’ album, ‘The Butterfly Effect’ is a collection of eight brand new songs that lyrically tackle (sometimes with tongue in cheek) subjects such as the nature of mind, the post modern age and what it is to be human. 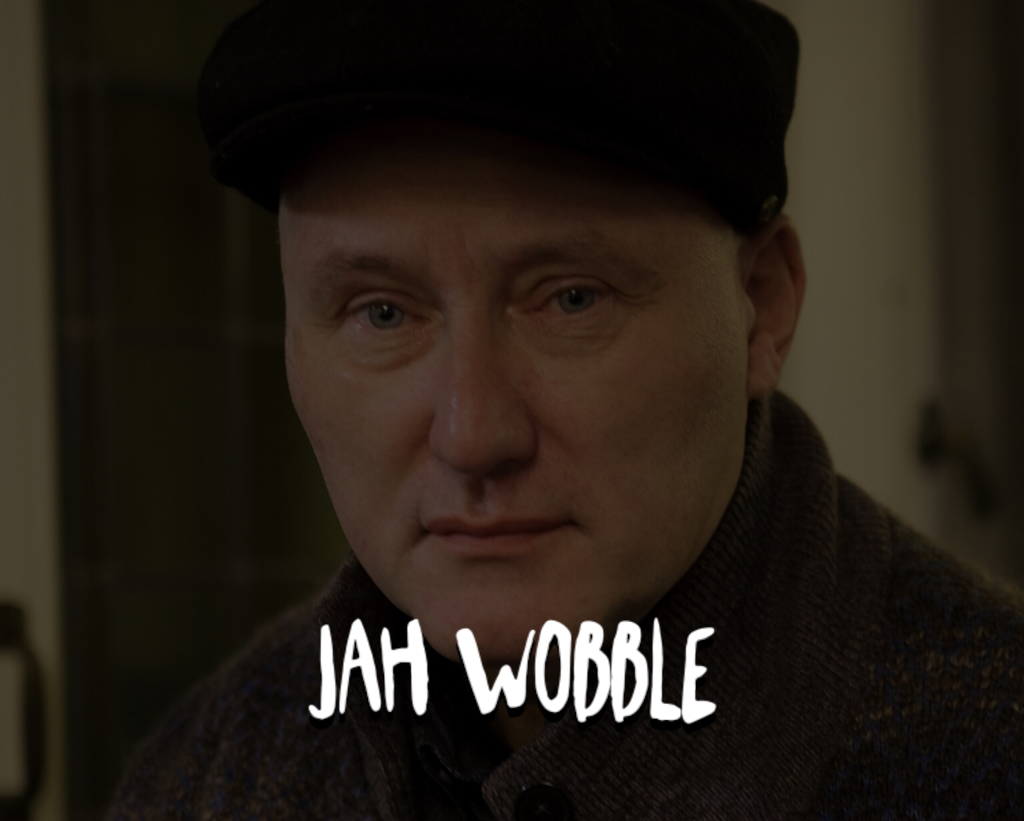 Recorded at Inner Space Studios in London, all of the songs collected here originated from poems that were written by the legendary bass player around the time of the global financial crash of ten years ago. ‘The Iron Lady Got Rust’ in particular looks back to a time that saw Margaret Thatcher impose UK banking deregulation and the free market political and economic attitudes that led to the crash and subsequently to modern day austerity and Brexit. Meanwhile, ‘I Love Your Accent’ is Wobble’s humorous look at returning to the newly gentrified area of his birthplace in London’s East End and staying a night in the area’s first five star hotel in Bethnal Green. 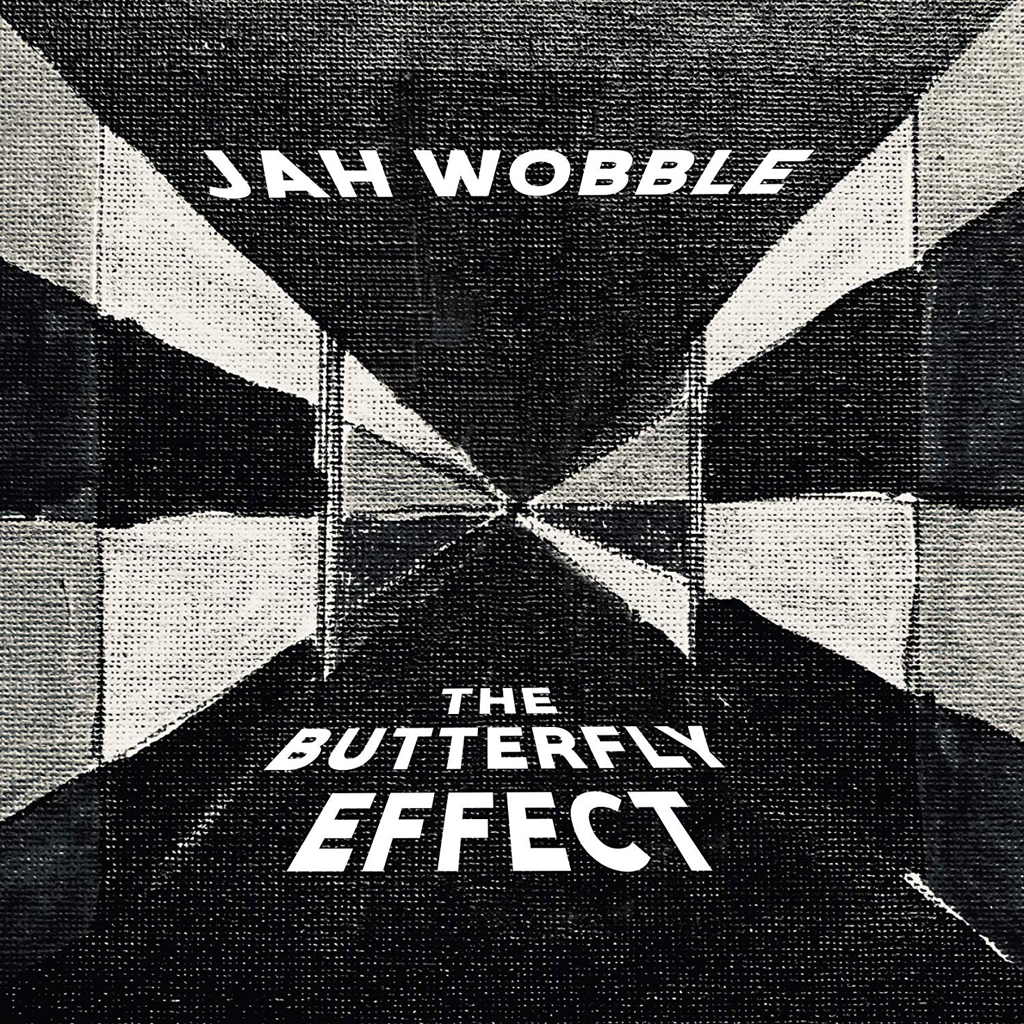 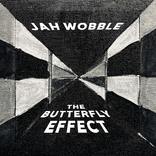 My mum used to listen to the Dubliners and other Irish music, some of it quite schmaltzy. She tended to do that when the booze was flowing, at Christmas or family does. My dad played music on a daily basis. He was an 8th Army vet. A sergeant. He was at Al Alamein. He was a bit traumatized by it all. Although that was never discussed, least of all by him. Upon being demobbed he shut himself away in a dark room with a piano, on the Commercial Road. He taught himself to play German piano pieces. Beethoven piano sonatas and the like. Quite ironic really seeing as he had been playing his part in killing Germans just previous to that time - though to be fair, I never heard.

You went to college with both Johnny Rotten AND Sid Vicious…. What was it like to be that age at that time, in the midst of what is now considered a bit of a musical revolution?

Well really I think we were just looking to have fun and make mischief. There was no thought of changing the world that I can remember, but looking back we did really have ‘something about ourselves’.

I hope you don’t mind me asking this, but, I read somewhere that when you first played bass with PiL you had to play with the bass on your lap because, although you were a natural and your bass lines were (and still are) absolute classics, you had not been playing bass for very long and were not confident enough to play standing up… is this correct? Or is it a load of codswallop?

No absolutely true. In fact I still like sitting down to play. It’s easier than standing up. Especially when holding a heavy magnum ovation bass

The list of collaborations in your discography is incredible. Do you find that collaborating with different artists helps keep the creativity flowing?

Yes I think when you spend a lot of time making music and doing stuff on your own, that it’s nice to have input from others.

Looking back on those collaborations, do you have a favourite?

I always enjoy working with Bill Laswell. We are on similar wave lengths.

Is there anybody you haven’t yet worked with that you would like to?

Most of the people I wanted to work with but didn’t are dead. Don Cherry for instance.

I feel privileged to have had the opportunity to listen to your new album, ‘The Butterfly Effect’ and it really is great. I’ve not heard much music lately which says so much about what’s really happening here in London and the UK – and with such musical panache.
I love that it doesn’t sound like anyone else, yet it invokes the spirit of punk rock with elements of jazz and soul, with a very live feel. It’s like a journey through everything that has led to this moment, isn’t it?

Yes it is. It’s was all written long before brexit. The situation we have now has its roots in free market economics and neo liberalism, (Those ghastly terms that have become ghastly euphemisms). Thatcher undermined social cohesiveness. She allowed, even encouraged, the dissolution of our manufacturing industry. It was all froth, there was no real substance to the prevailing philosophies. It propagated selfishness and greed. When John Smith died the last hope for the old Labour movement died. New Labour was a different kind of froth. They were not bothered at all with old Labour voters. So for many years many old Labour supporters have had no voice. They have morphed into following UKIP type philosophies. I talked about this in my book. It was clear to see what would happen. They would swing to the right. Nature abhors a vacuum.

In the song ‘The Iron Lady got rust’, you talk about the Thatcher years and the consequences of those policies.
Do you think the youth of that time were much more politically motivated and politically aware than they are today and that people have become too complacent about politics? If so, is this also a result of those policies? For instance, a lot of my friends feel that their votes make no difference, that they have had their rights stripped away and they have no voice.

Yes apathy, not only political apathy, is the order of the day, Re the young. Apart from the cult following the ineffectual Jeremy Corbyn has. It amazes me that there is no anti Brexit rock anthem that everyone is singing. Surely a young band has written a good tune about it? But maybe they have and the media would not pick up on it.

‘The Post Modern Age’ is brilliant and touches on this dilemma…. For instance, the obsession with image, selfies, etc…  the people seemingly sleepwalking into subjugation... I would really love to see you perform it live – will you be playing any dates in London in the near future?

It’s a worry. I am reminded of Plato’s republic. Democracy goes, then it’s plutocracy. And then it’s totalitarianism. Democracy went a while ago. This is actually the last stages of plutocracy. If the world’s still turning we will be playing London at 229 The Venue W1 on 25th January 2019.

Thanks so much and definitely see you on the 25th even if we have to turn it!
​
Jah Wobble Tour Dates & Tickets

​Some Jah Brilliant Back Cat

HOK Gallery has a world premiere with Tower Blocks and Other Symmetries. Never before has Jah Wobble exhibited so many of his mixed media paintings outside the UK.
The man who brought us into trance and dance with his hypnotic bass playing on PiL’s first two LP’s
(Public Image, Theme, Pop Tones) makes art as he makes music. Unorthodox geometric patterns spread into all corners of the canvas. It’s one unimaginably exuberant kaleidoscope of repetitive color illusions.
And when it’s not these asymmetrical symmetries that Jah Wobble puts onto the canvas, then it’s the Tower Blocks; three ominous apartment blocks from Jah Wobble’s childhood, which arose out of nowhere in the middle of a London working-class district.
Just like the sudden appearance of the black monolith elicited the dawn of humanity in Kubrick’s 2001, these Tower Blocks eventually brought Jah Wobble onto the path of the visual arts.
As Jah Wobble himself puts it: “Everytime I pick up the bass it’s like it’s the first time and it’s the same when I pick up a paint brush. Both things come from a deep place somewhere and I suppose that in a way it’s childish and a bit OCD’ ish, but I don’t give a fuck. It’s my therapy – my healing. I do my paintings very fast. You need the urgency. Wham! Get it on canvas.” 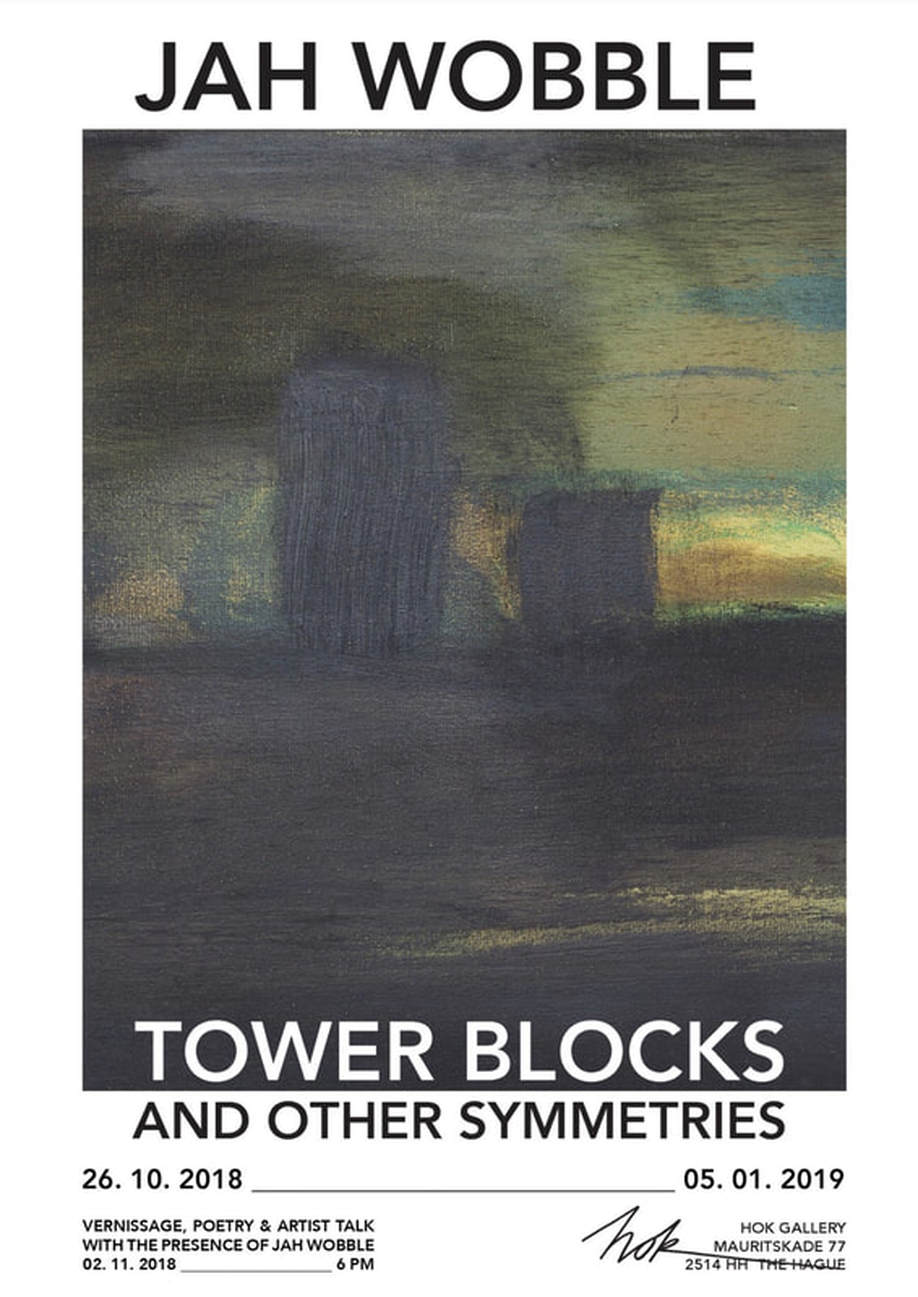 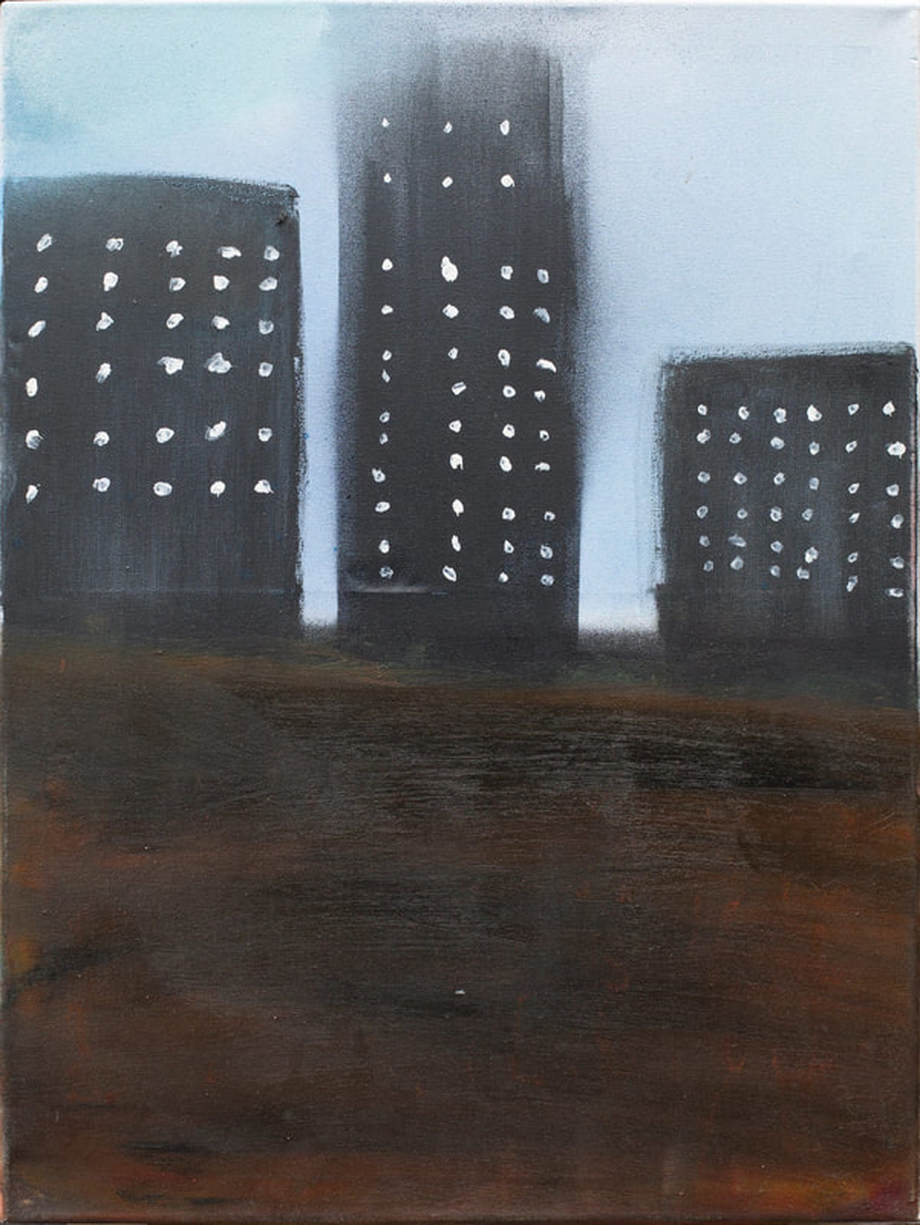 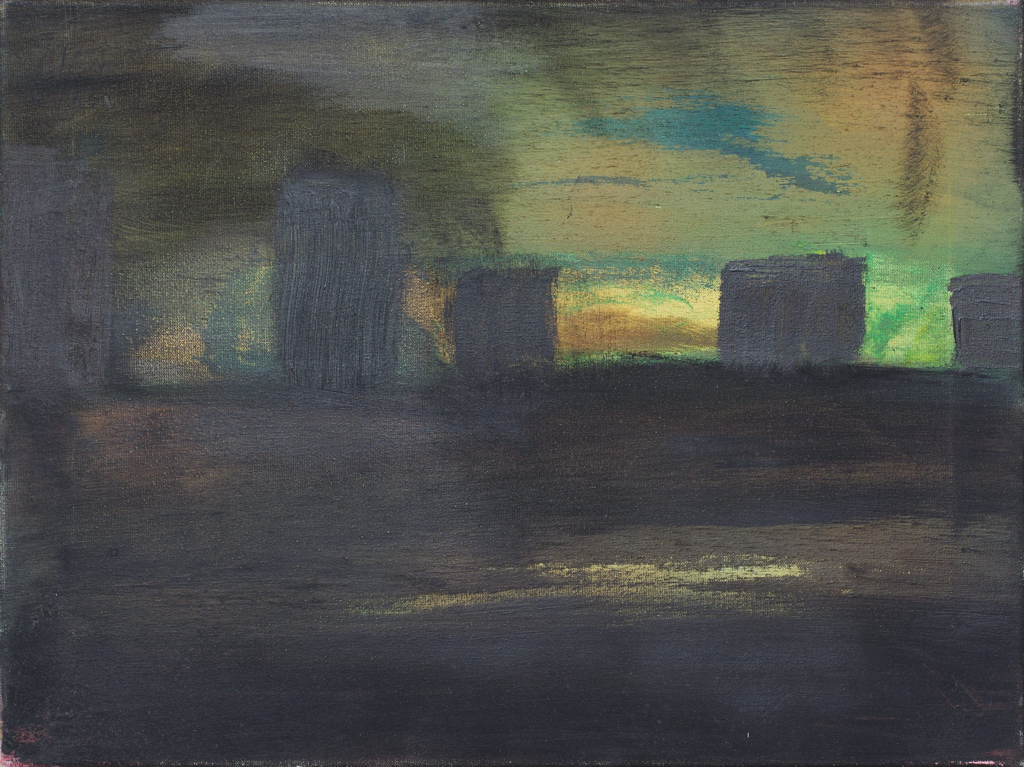