Joel Thomas is a 23 year old singer songwriter from Liverpool. Promises is the follow up to his indie Summer anthem Sunshine Funshine. Joel's LoFi approach to his music brings a vulnerability that is a superpower. 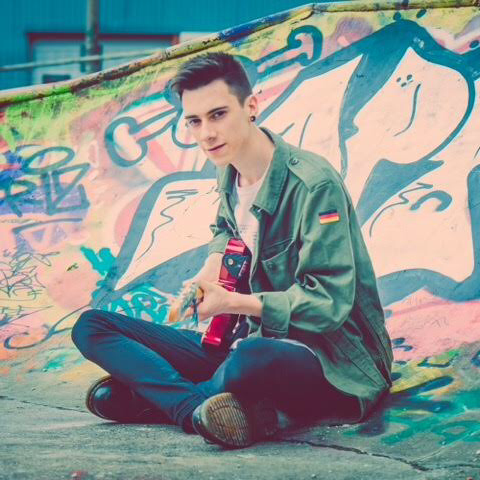 Joel Thomas Facebook Link -
​What were your first musical influences - did you listen to mum & dads vinyl (cd’s)?

My dad listened to all kinds of music and got me into bands like The Doors and The Pogues, my uncle got me into punk and my brother got me into bands like UMO and Tame Impala so yeah my family have influenced my music taste a lot. But when I heard The Smiths (which admittedly was quite late unfortunately) it made me want to write sad songs which sound happy.

I don't really understand the question, but I'm gonna say straight through? Just because I'm no good too late and early morning doesn't exist.

(It was a little vague, which do you prefer I meant ... and straight through is something my generation has perfected....)

I love dancing. Nothing better than a good dance.

What’s the music buzz like around Liverpool at the mo? Is  there a large live music ‘scene’?

There's a great music scene in Liverpool, loads of different things going on and all kinds of bands on all the time.

Finally Joel we love the single, whats next?

Thank you! Well I've got loads of songs written and demos but it's hard to find time to finish things because I can never get to the standard I want, I never stop tweaking. Hopefully I'll have an EP or something sorted in the near future!

And finally finally I have to write what you told me when I asked about the single art work....

.....but the artwork was really a spur of the moment thing haha it was just a load of coloured card I had- I was putting off releasing because I had no artwork so I just thought f**k it I'll just do some and put it out haha

I love that, I love the colours you have a gift and you should do all your future release covers!