​ My Generation
Rare first ‘pressing’ of The Who’s 1965 album
signed by all band members to go up for auction
NEVER BEFORE SEEN AT AUCTION!

LONDON. October 17, 2020. A rare first ‘pressing’ of The Who’s 1965 album My Generation signed by all four of its’ band members sold at auction today for a staggering £11,000 in a sale of Music Memorabilia, Posters and Autographs at Excalibur auctions, which was 13 times its’ pre-sale estimate of £800.​ - This vinyl is priceless in my opinion, everything in, a moment in popular culture history captured. Good shout to the buyer. Best pp x

LONDON. October 2020. A rare first ‘pressing’ of The Who’s 1965 album My Generation signed by all four of its’ band members, is to go under the hammer in a sale of Music Memorabilia, Posters and Autographs at Excalibur auctions on Saturday 17th October 2020.
This is the first time that the British band’s debut album has come to auction and the first ‘pressing’, which means it is a record that was pressed from the 1st original masters. Even more excitingly is that it is being offered by someone with a direct link to the band and bears all four signatures of the band members (whereas most items relating to the band tend to have only one or two). 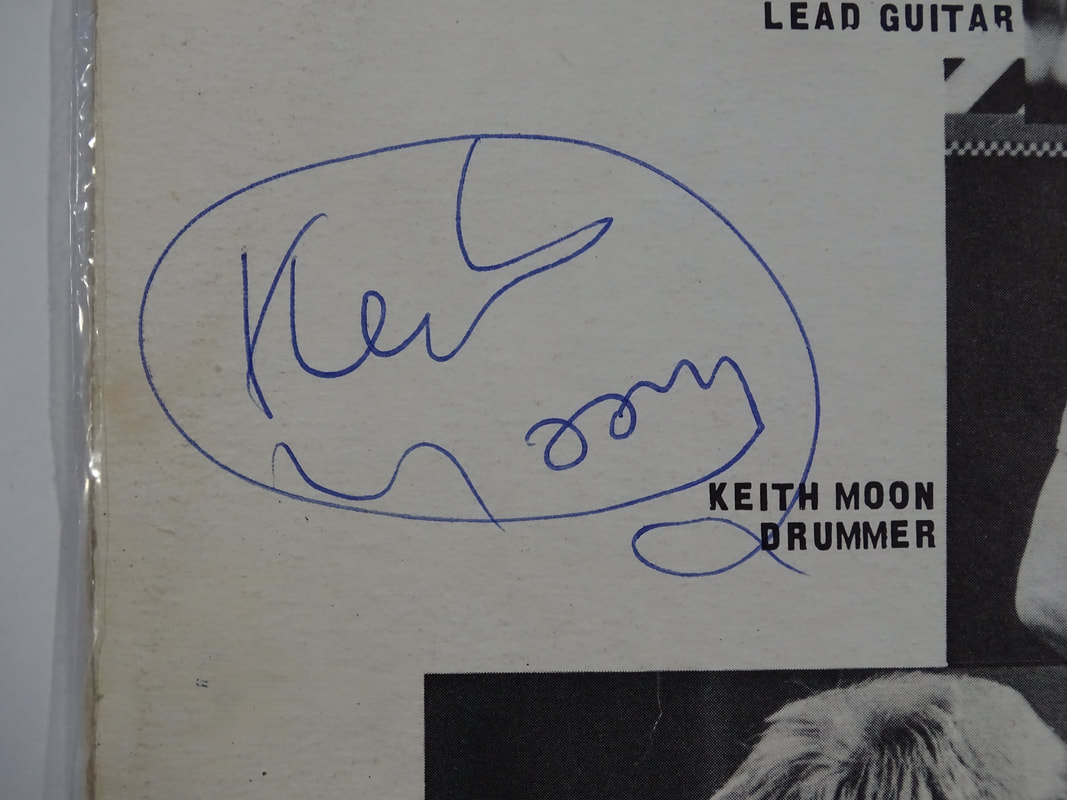 “We are excited to feature this incredibly rare ‘first pressing’ of the album in our sale. It is the first time one of these has ever appeared at auction" : Sarah Torode, specialist at Excalibur Auctions, 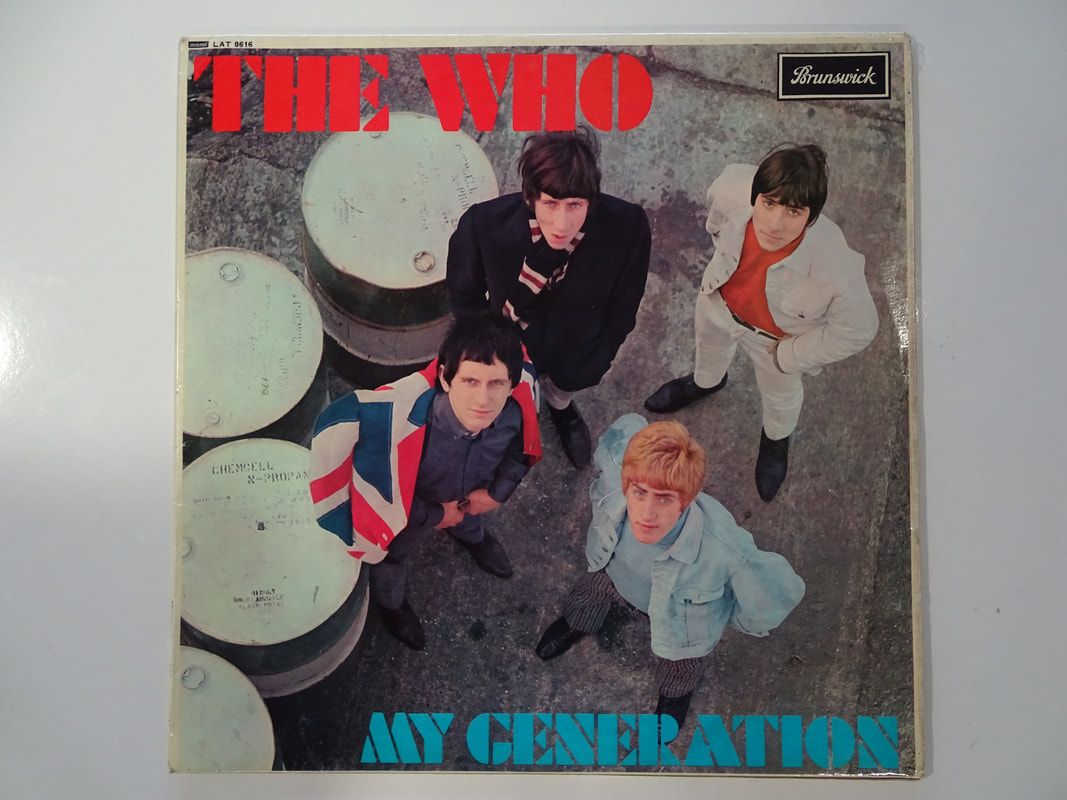 ​
The Who, comprising Roger Daltrey, Pete Townshend, John Entwistle and Keith Moon made the album just after their chart success with several singles. It was released by Brunswick record label in the UK in December 1965 and while it reached number five in the UK charts, it has retrospectively been called ‘one of the best rock albums of all time.’
While an estimate is difficult to set, as one has never appeared at auction before, Excalibur Auctions have put a conservative estimate of £2,000 on it, however for a The Who fan this is the ultimate, so it is believed it could sell for much more. 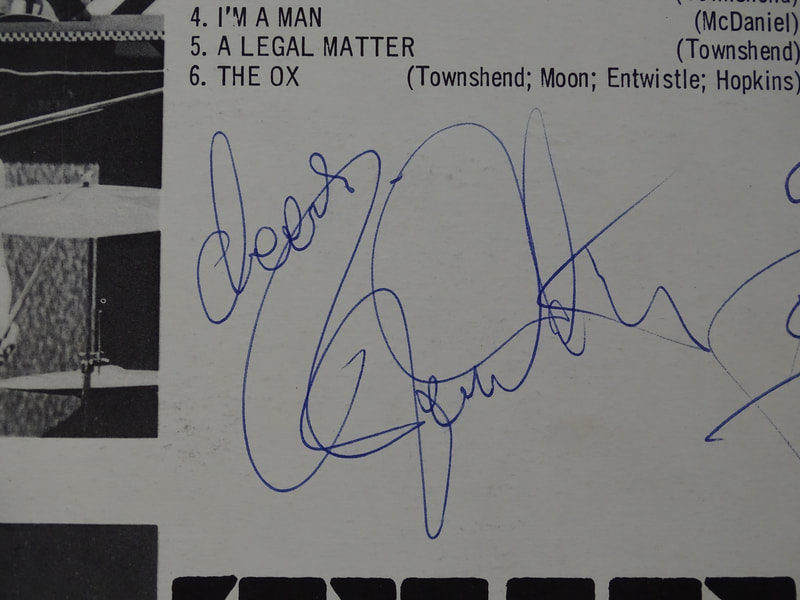 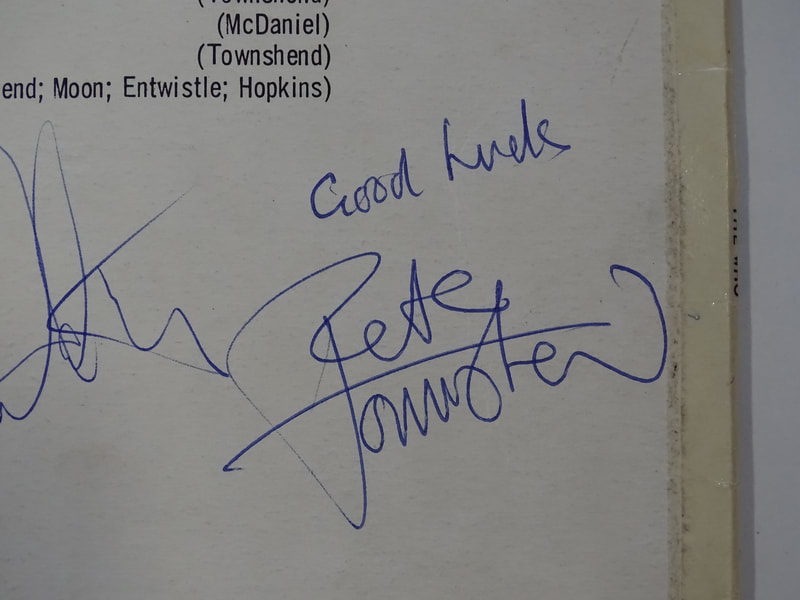 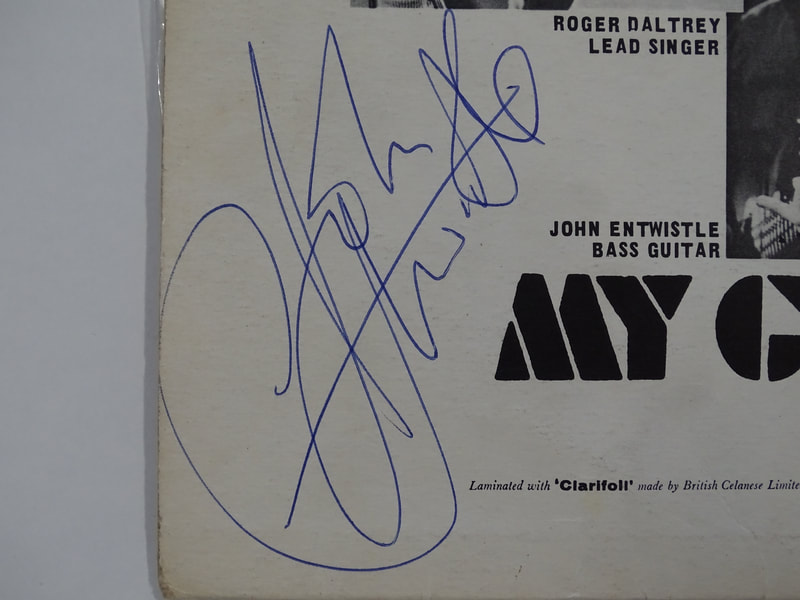 ​Sarah Torode, specialist at Excalibur Auctions, said, “We are excited to feature this incredibly rare ‘first pressing’ of the album in our sale. It is the first time one of these has ever appeared at auction, so we anticipate huge interest, not just in the UK, but further afield. It’s unique for all the reasons stated, but also, it is being sold by someone who has treasured it for years, having acquired it directly from the source”.
The seller of the album went to school with English music /  film producer and esteemed band manager Bill Curbishley of Quadrophenia fame - the sixth studio album by The Who, released in 1973. There are also Quadrophenia items being offered in the same sale.
At the time My Generation was released The Who, who formed in 1964 were on their way to stardom, having enlisted Keith Moon on the drums and changed their band name from The Detours, having briefly been named The High Numbers.
The album cover features a photo of the band standing next to oil drums, looking upwards to the camera. John Entwistle wears a jacket with a Union Jack pattern draped around his shoulders, while Pete Townshend wears his old school scarf!
This ‘pressing’ of the album went out of print in 1980, making these first ‘pressings’ extremely sought-after and highly rare, as there was no UK version of My Generation available until a deluxe version remaster of it in 2002. 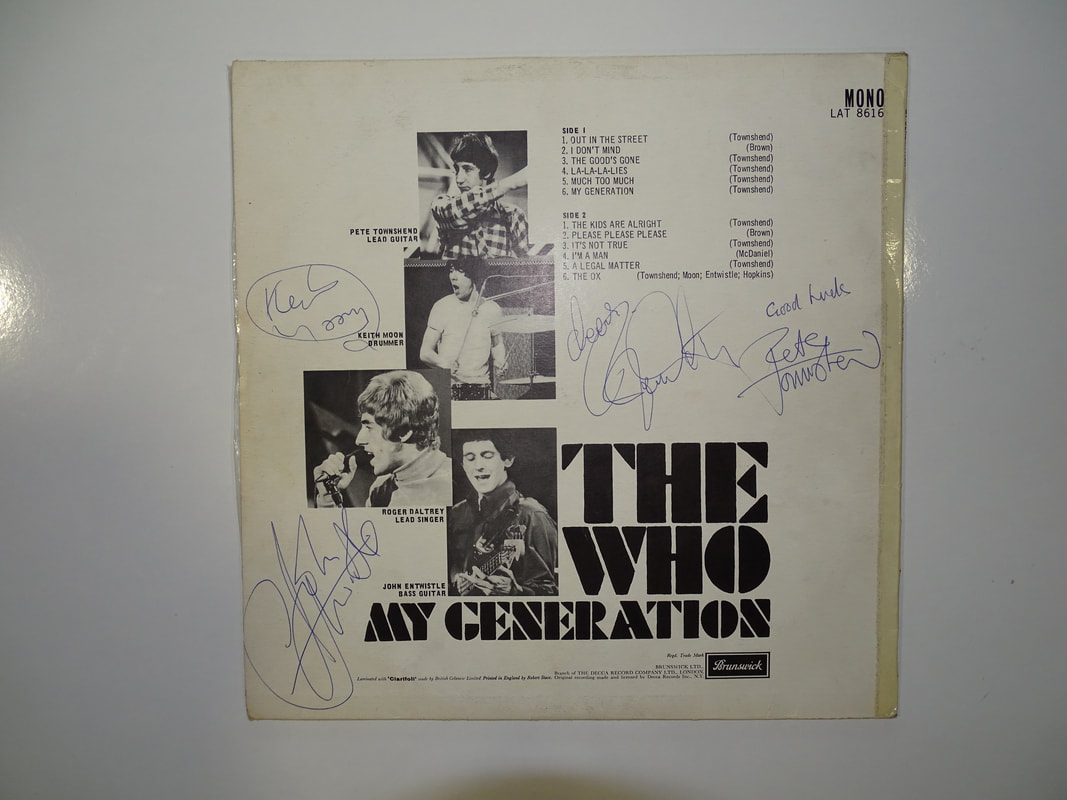