Underjoy release their first Single entitled 'Move So Slow' on June 27th
(this month for all you students)
I love the sound of Underjoy, we all love the sound of Underjoy. You'll even love the sound of Underjoy! The demo they sent sound's brilliant but even on the live Youtube footage below you get a sense of the bands depth. Enjoy, and see you at the gig, take your pick... oh and watch this space - pauliepaul
Underjoy Live:
14th June - The Raven, Tower Bridge
Meerkat Music Events
27th June - The Unicorn, Camden
​4th July - The Troubadour, Earl's Court
​27th July - Fiddlers Elbow, Camden
20th August - Dublin Castle, Camden
27th August - The Monarch, Camden
Spiritual Records Summer Festival 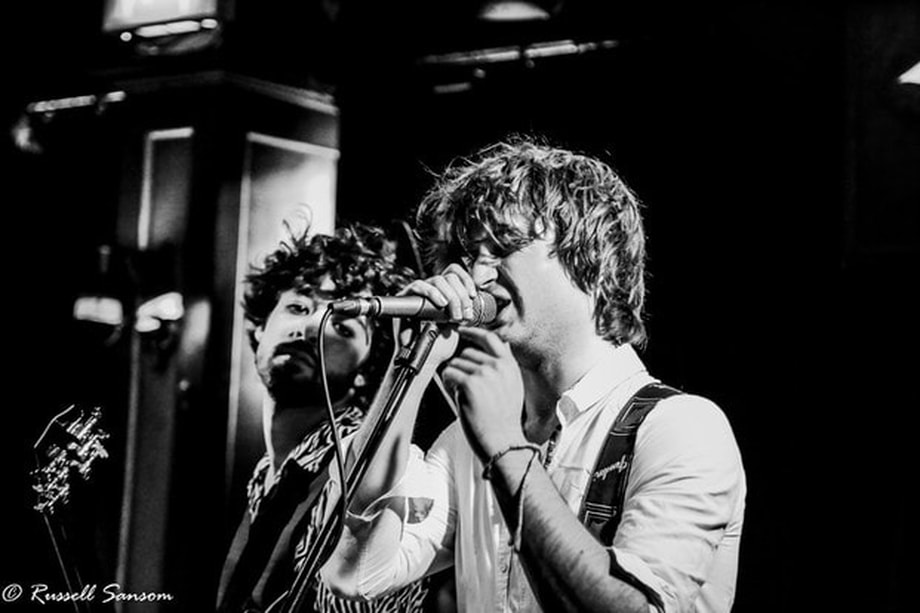 Once upon a time, bands recorded their songs in one take. Live and alive.
So that’s the approach we took - recording 9 tracks in the studio over the one day we had there, capturing the energy we take to the bars and clubs around London.
This way, when people check us out outside of a gig, they’ll find us fucking around fluid tempos and sounding as rough around the edges as we would on any other occasion - because that’s what we do (that, and a day’s studio time was all we could afford).
We want to play music that is captivating, and most importantly, real, when so little in the world is anymore.
The 9 songs recorded on that fateful day in early 2019 are to be released incrementally online over the course of the year, with the full album becoming available later for those who still value the physicality of music. 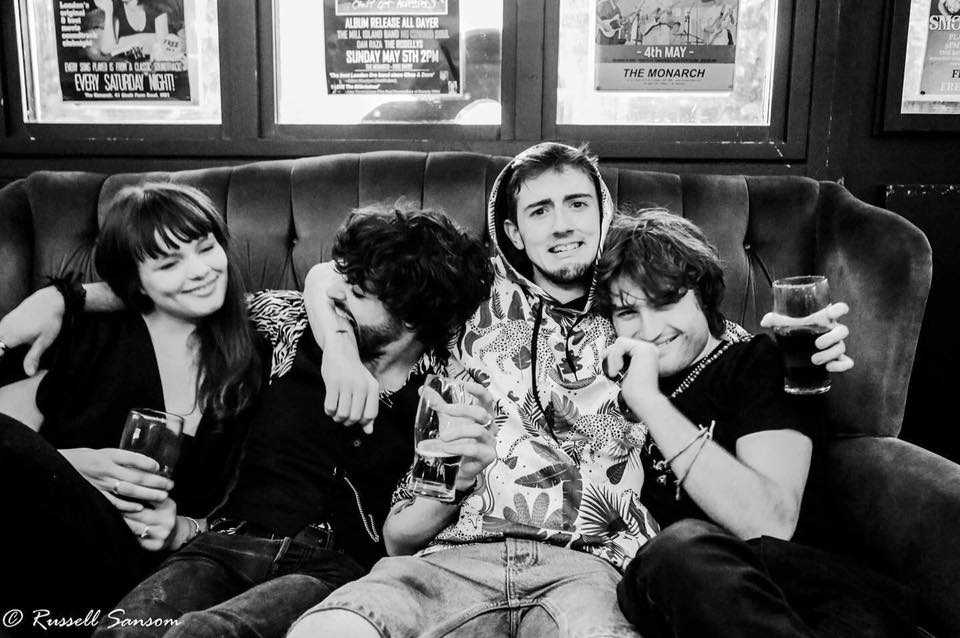 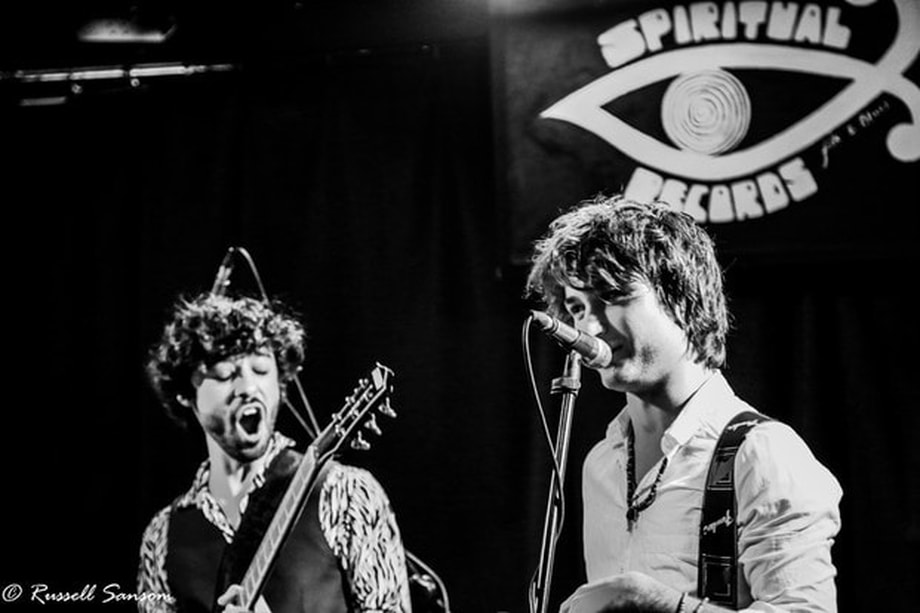 Hello Underjoy! I love the promo collection of songs thank you, I have to start with influences?

What about the band's dynamic, how did you meet?

At our uni in Kilburn, though Jaz and Julianna had gone to a music college in France together and never met. Jaz and Zach had originally planned on visiting an SM dungeon Jacob had told them about in Seven Sisters, but they chickened out and started jamming together musically instead. Julianna joined in on drums a month or so later because they couldn't keep in time, and Jacob walked in on a rehearsal not long after that mid-way through a song, so he was forced to join as punishment.

And besides music, other creative outlets?

We're all very interested in the whole spectrum of the arts, occult and otherwise. Jacob is a music producer working on multiple projects (debt_137, Liouba, and LnR_Ob) as well as being bassist in a few other bands. Julianna plays in four other bands (there's a real issue with people's timing these days, far too lacking in fluidity), and she loves writing music and making collages, stick figure drawings and paintings as seen on our social media (particularly instagram). Zach drinks a lot of beer which helps him conjure up the band's lyrics. Jaz is interested in turning air into gold since he reckons there's as much money in that industry as there is in music right now.
​
(I'm in camp Zach as far as writing goes...pp)
I'm always interested in Life affirming books or films, anything spring to mind?

Jacob has watched Watchmen every Sunday for the past five years, he says it's 'A masterpiece of movie magic', and currently finds much strength through life's hardships in Aqua Teen Hunger Force, which is a cartoon. Julianna can quote the entire script of Donnie Darko, and has a new-found love for Italy and sandpits after watching The Talented Mr. Ripley and Love & Mercy. Zach is obsessed with David Lynch films, particularly Eraserhead, Twin Peaks and Blue Velvet, though his favourite movie is Apocalypse Now. He also loves the Beat writers, and swears his aim is to write a Lynchian nightmare novel with the poetry of Kerouac and Patti Smith about an ageing painter plagued by visions of a dead raccoon. Jaz is withholding a series of unsent letters written to Jim Jarmusch, loves 2001: A Space Odyssey, Death Proof, and The Picture of Dorian Gray. 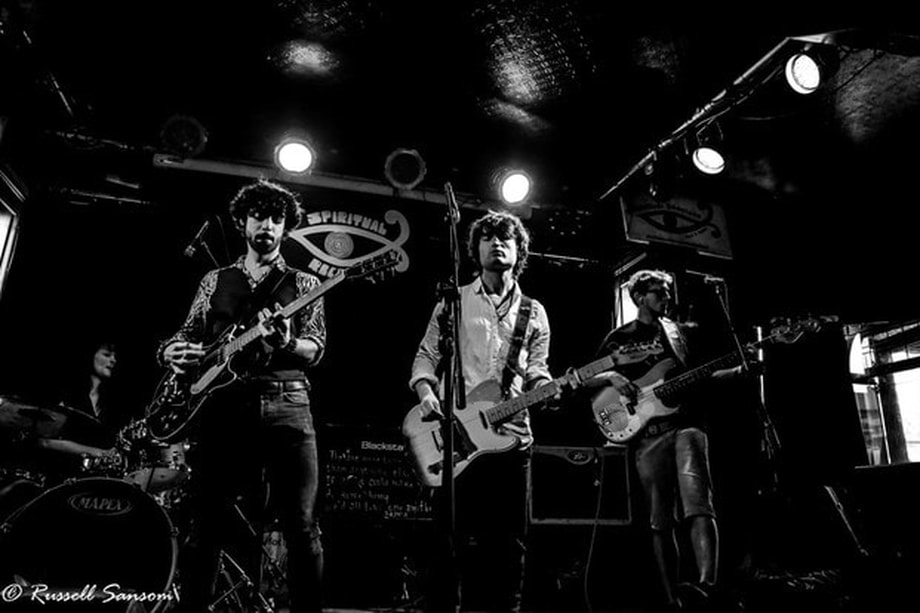 Playing live, is that something you enjoy, does it come naturally?

Yes and yes it definitely comes naturally. We love the energy that fuses in a room between us when we're on stage as a unit, and after a couple of pints we'd all feel comfortable jumping on stage at any stadium (if it wasn't for the shit stadium sound systems that seem designed to bypass your eardrums).
​Picking up on (& stirring) your point about production, (below) if you went back in time and were approached by George Martin...

"One of the worst things about bands now is that it all seems studio-focussed. A producer polishes the life out of the edgiest songs, until the recording is dull enough to be played on mainstream media"

If we went back in time and were approached by George Martin, Jacob would likely be furious at the prospect of cutting tape and Jaz swears by our good friend Rod Stewart's hidden potential behind a mixing desk. Truthfully though, Martin's era of production was what we wanted to hearken back to in many ways, though more with Warhol's attitude of 'play what you play and don't worry if you're in the red'. Our producer Paul Sampson was perfect for that being able to set us up correctly to be able to perform live in the studio and capture our raw energy, and we're sure George Martin would have been able to do the same. Perhaps we'd have then gone a little more out-there with overdubbing mellotrons and strings and conkers to create more of a surreal soundscape - Zach would love to get those reversed found-sounds going like on Tomorrow Never Knows - but since the modern production styles can be so lifeless and rigid, we'd first be jumping just to have someone who could set us up and press record.

Thanks so much, and I'll definitely catch up with you at one of your shows!
​
pauliepaul 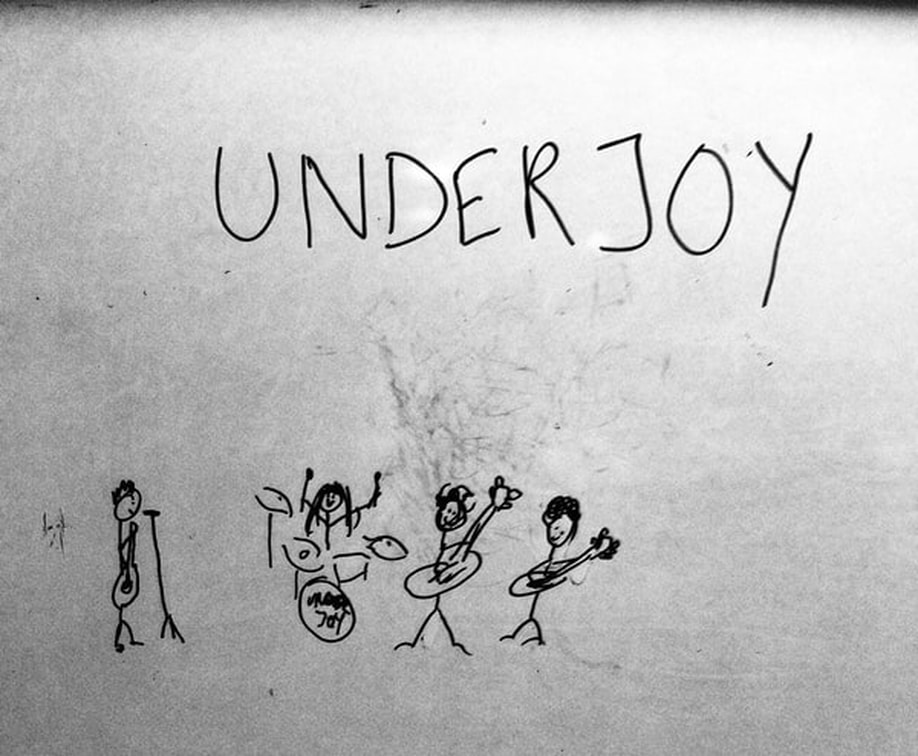