Such a gorgeous chat, big thanks to Ameera & Eoghan - best pp

Download File
“‘New World’ is art, composed for our hearts and souls, calling our primal instincts home and transporting us to otherworldly lands where we can believe anything is possible. It’s a time to dream, a time to be, a time to live and a time to find all the answers that reside within. The entire Universe bottled, for us to take in. A ‘New World’ for the great awakening.” - Ameera 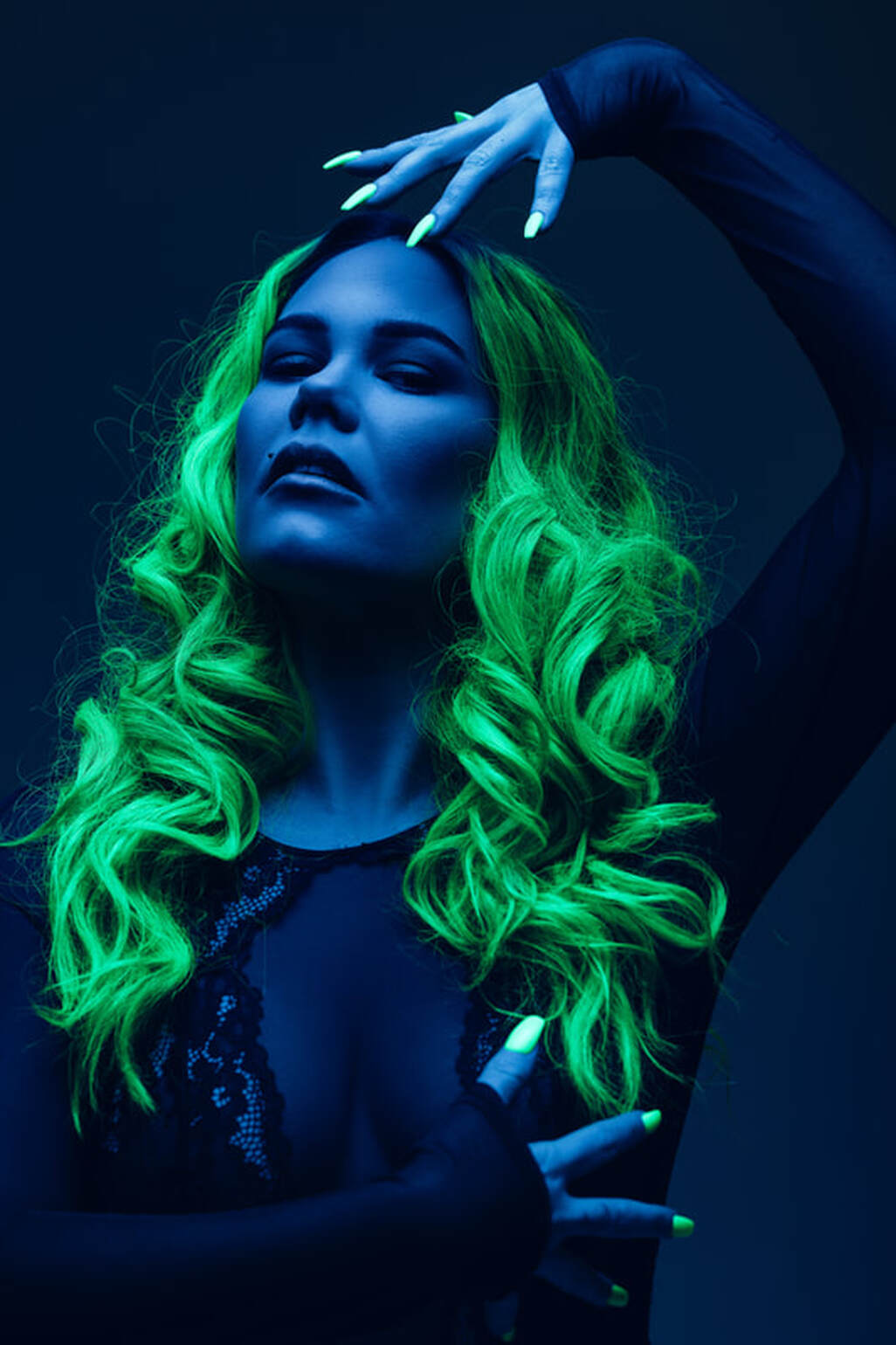 From the age of 7, I knew music was my passion, living in Stockport, England, at the time, I begged my parents to let me take up piano lessons. As my talent and passion continued to bloom my, ever supportive, Grandparents bought me my first and only piano -this piano can be seen in many of my music videos to this day.

A year later, I moved to Australia with my Mum and began writing lyrics, and by the time I was 11, I was constructing full songs.

At 13, I was scouted and then managed by Paul Widger (Craig David’s manager) due to my vast song folio and moved to Dubai to sing on a radio show. During this time Paul sent me to and from London for artist development, private dance lessons at Pineapple Studio, and singing lessons with Robert Bicknell. I was incredibly grateful to have my mum by my side throughout this period as she understood how badly I wanted to pursue a professional career in music.

On one of my trips to London, Paul introduced me to the A&R of Universal Studios in London; Will Morrison. I couldn’t believe my luck when he came to dinner in Dubai to watch me perform my songs for  him and his wife. Paul and William subsequently organised a showcase at Universal Publishing in London so I performed for a few industry producers, A&R and management. Among them was Steve Anderson, he and I had an instant connection and shortly after he and I began co-writing together at Universal.

After arriving on the Gold Coast in Australia, I created the artist name ‘Ameera’, based on the  nickname my friends called me in Dubai (Princess = Ameera). I started MC’ing at clubs/venues & writing top-lines for DJ’s. After a year of gaining a few notable residencies, I was asked to play MTV’s Summer Dance Festival in Malta and the Island of Gozo. 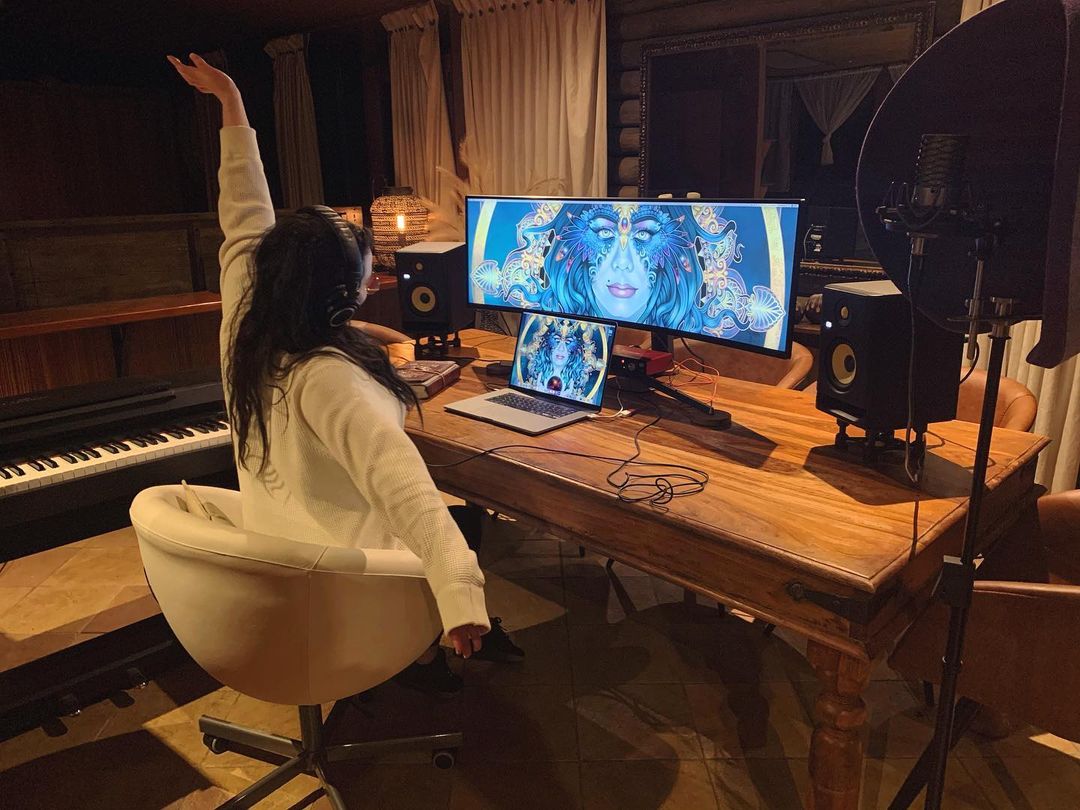 ​After returning to Australia I produced my first EP called 'Outta Line', I didn't want to release it; but a member from The Potbelleez heard it and showed it to DJ Christian Luke. Christian asked to remix my single “Shine” from the EP. The release was on ‘Vicious Records’ and the song topped #13 on the ARIA club dance chart in 2013.

Shortly after the release of “Shine”, I moved to Sydney, as a Sony management representative offered to get me a Sony ‘writers grant’. I became close with a man from another band with Sony, and we started a folk/rock duo Gypsy’s Gift; I wrote the songs for the project, our first single ‘Flowing’ was the #7 most downloaded song for community radio in Australia. That same year we won the #1 Best folk song award at the Australian Independent Music Awards (AIMA's) for 'Flowing'. Soon after, we composed the album ‘Chapters’ and toured with the band nationally.

Around 2015, I decided to focus entirely on writing for other artists and my friend introduced me to a producer named Bish Malik. Bish and I hit it off, we worked together almost every day for 2 years and created a massive folio of pop, EDM, rock and more.

Unfortunately in 2017, I found out my Mum had been diagnosed with terminal cancer. Devastated, I dropped everything and immediately flew to her on the Gold Coast.

After my mother’s diagnosis, I began working with The Australian Cancer Research Foundation. Over the next year or so, I raised money for them doing events and I was invited to the Annual Chairman’s Dinner at the Sydney art museum for my work. They mailed out my story and photos of my Mum to thousands of Australian households and so many people wrote back letters that they made a book of them for us.

Later in 2017, I flew back to the USA for 2 months to partake in a songwriting camp led by Brandon Freisen. I wrote and sang with The Kooks, Jo Breezer & Millie; later that year, some of my songs were sold to other artists. When I returned to Australia, I permanently moved to Melbourne to be closer to my mother. During this time I started a production company with The Potbelleez called 'Hot Stop Music'. We wrote for artists Helena Ellis, Aliya & Kin (Natalie & Step Lampante). I continued working with writers and artists overseas online.

In 2018, I went to go stay with Mum knowing it would be the last time. Towards the end, it was mostly taking care of her, moisturising her skin and making sure she was clean and comfortable. Mum wanted to pass away at home and I was so grateful we were able to do that for her.

My Mum passed away and for quite a while afterward my life was a total blur, I can't tell you what I did during that time, as I was just surviving. Coming from a traumatic upbringing and having all my family in the UK; after Mum passed it was just me and my two younger brothers here in Australia - that was really tough.

Due to my upbringing and feeling so empowered by the work with The Australian Cancer Research Foundation, I became an ambassador for Project Rescue Children. The numbers of child abuse and exploitation in the World are   huge; more life-threatening and a worse illness than anything heard in the media. The PRC raise money to provide children shelter, run missions to save trafficked children, organise arrests and provide education, healthcare, clothing and food for children rescued.

At some point after Mum's passing - something came completely over me and I began producing; what would become, my first album New World.

New World encapsulates the Earth, nature, cultures, languages, instruments, emotions and motion. Creating unity through music is my purpose. I studied rhythms, foreign scales, experimented with sound design and produced the music, based on the emotions it evoked inside me.

I've always been incredibly spiritual and hyper-intuitive - I've delved into absolutely everything and have always sought answers that feel right to me and my path. I had a Hindu mentor for 4 years and meditated every day, I've prayed to Angels and ascended Masters, I've read oracle and tarot cards, I've done past life regression. I've welcomed Christ and Mary Magdalene’s energy into my home, I've smudged, cleansed with crystals... You get the idea.

I've been on a long spiritual journey so far, as I started seeking around age 13. I welcome all ideologies and love to learn about our history. I found my biological Dad a couple of years ago and learned my Grandmother was a psychic and rich in Celtic heritage. I've always been able to sense energy and understand what people are feeling without them needing to tell me. What's been feeling right for me more recently is my old interest in Paganism.
share
​
google.com, pub-1336815800049544, DIRECT, f08c47fec0942fa0