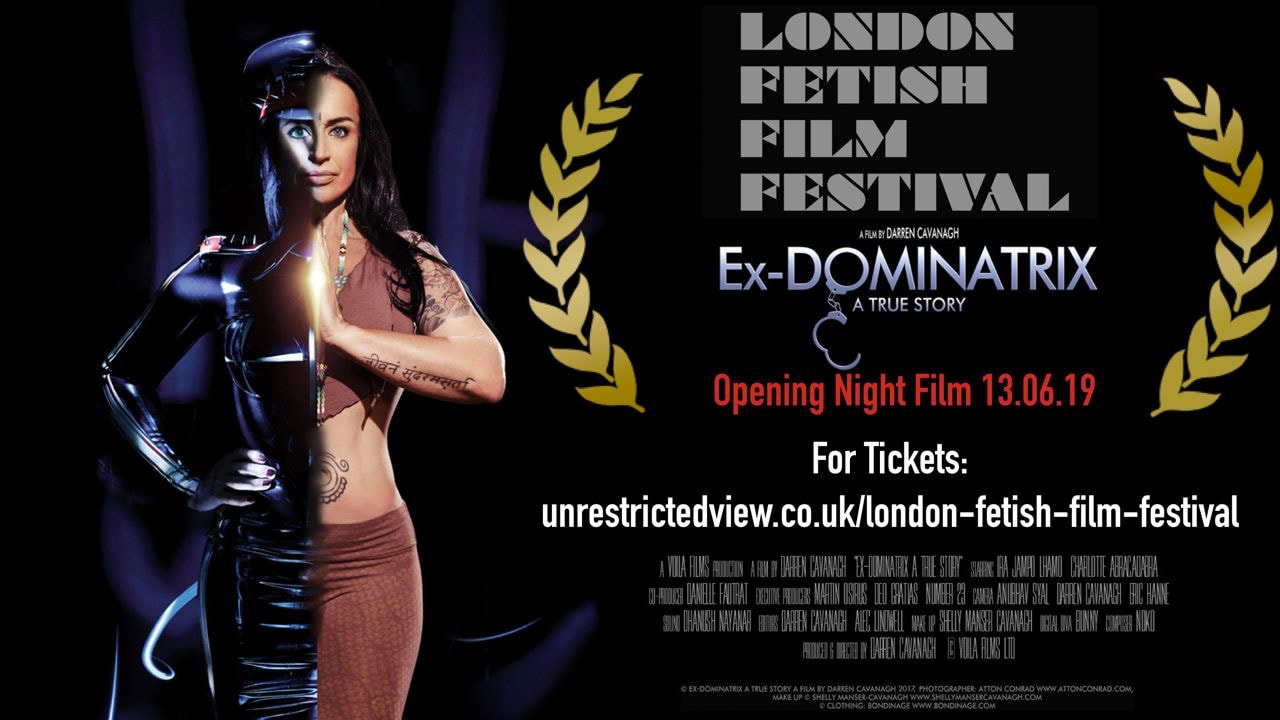 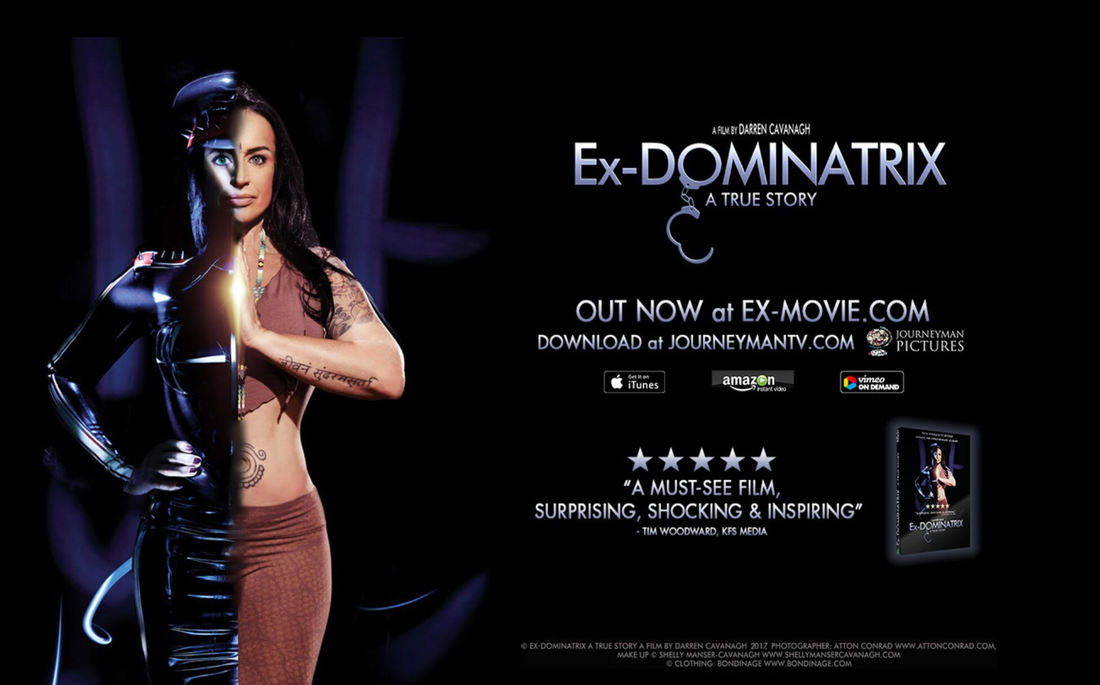 Ex-Dominatrix: A True Story​​ is a fascinating, feature-length documentary about Ira - a charismatic model and performer on the international fetish scene, who also worked as a professional dominatrix. The film details what happened to her after she hit the headlines following a really, really bad day at the office. It’s a thrilling ride, and it also looks stunning, which may well be down to director-producer Darren Cavanagh’s impressive industry pedigree, with over 20 years working as a creative director on more than 2,500 major international campaigns for the likes of Kill Bill I and II, The Hunger Games and Senna. Darren’s a switched on, high energy, get-shit-done kinda guy - though also a bit of a cheeky Zen Scouser.
Phacemag wanted to get to the bottom of this spanking good tale, so we asked him to tell us more about it.
​
Ex-Dominatrix is your first feature-length documentary. What drew you tell this story?
​
Ira herself is such a fascinating woman with layers of personality, character and stories to tell. We became friends in 2007 and did many fun photography projects together. She would often retell stories from her eventful life and I was transfixed, entertained and inspired by what she shared. This was what I wanted the documentary and the story of her life to date to achieve with audiences.
We talked about making a documentary, but all this was put on hold when the tragic incident happened with one of her clients in 2010. Ironically, this would prove to be the catalyst for revisiting our idea of making the documentary. However, not until 2014 did we really agree to work on it properly together. 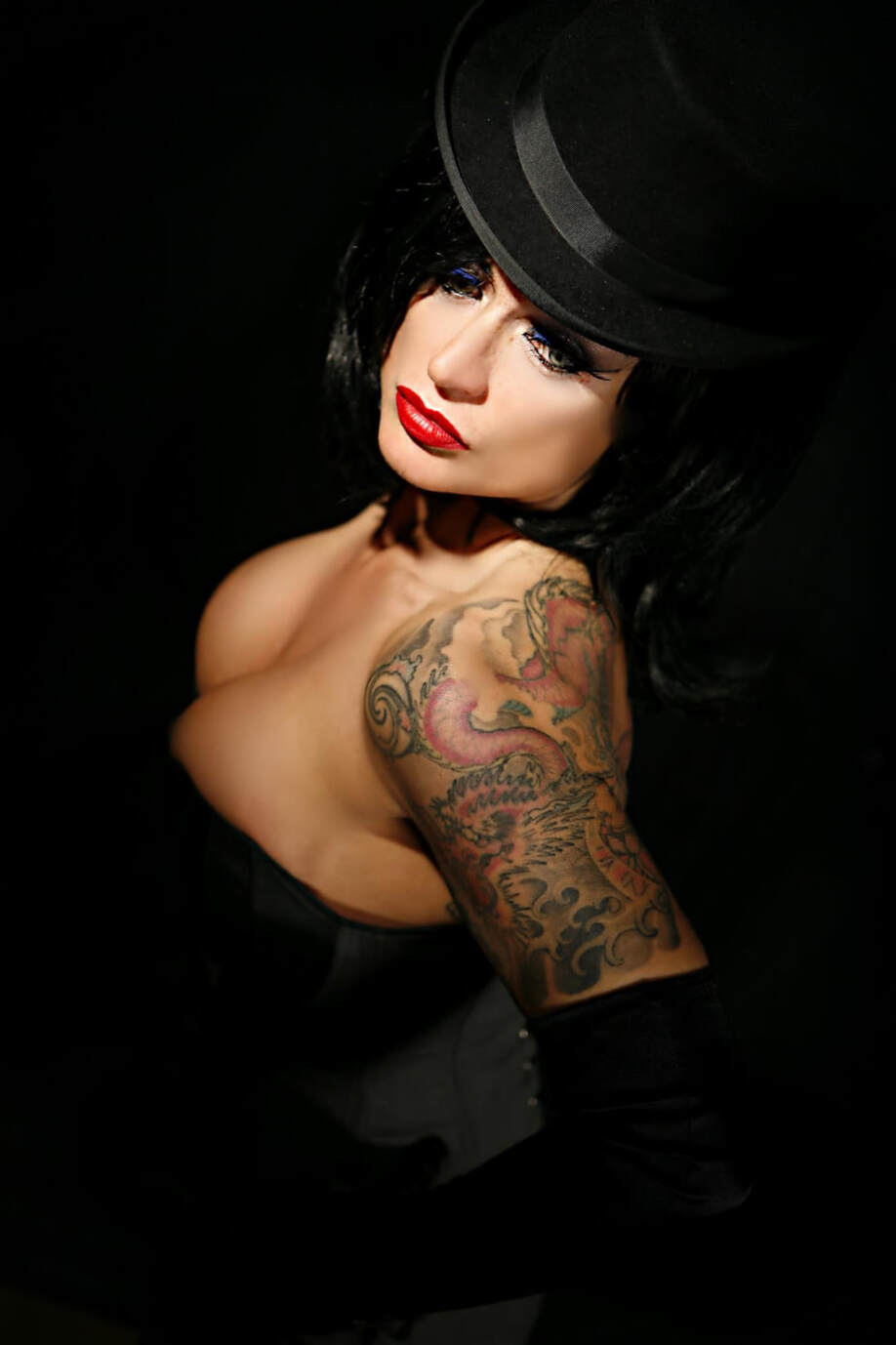 Twitter link
The movie has a lot of international locations. How long did it take to do the filming? Did you use local crew or do it all yourself?

We filmed the majority of footage in Antwerp, Belgium where Ira used to live. As well as Goa India, London, Glastonbury, Amsterdam and Brussels. I wanted to create a deliberate contrast in the story, which starts in the cold, stark European locations in the first half of the film.
This is where Ira grew up and became Europe’s most popular dominatrix - in contrast to warmer more tropical locations in the second half of the film. This is where Ira goes through a major life transformation. I think the film has a strong balance by having both and shows Ira’s overall journey from her dark deviant past to a lighter more spiritual future.
I hired crew in Goa to film the majority of footage and record the sound. There were specific interviews in Antwerp and London that required another crew then the majority of the rest of the footage was shot my me. 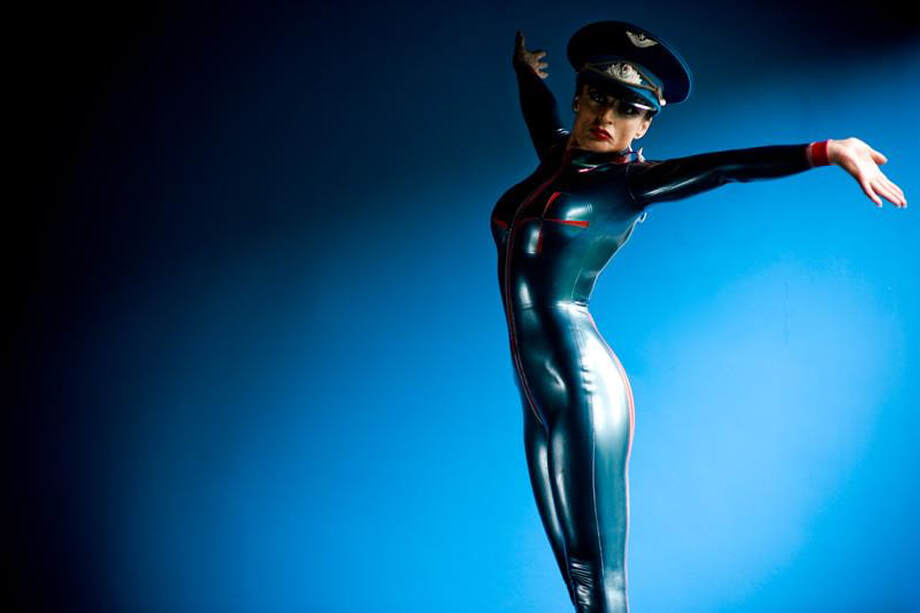 Was it a challenge getting Ira's friends and family to talk on camera?
Ira’s life has had a direct and indirect effect on many people’s lives in more ways than one. All the friends and family in the film had their own unique experiences and stories to tell about Ira and mostly they were all more than willing to appear in the film and share their shiny tales.
The logistics of filming people in London, Europe and Goa was the biggest challenge. We didn’t hire studio space or locations and the majority of them were filmed in people’s homes or close to where they lived. In documentary film making, this process always poses the biggest challenges and you usually have one chance to film and that’s it. Thankfully, I think everyone comes across as genuine, honest and real in the film and the locations reflect the story’s emotional energy.
​There is a lot of positivity in the film for Ira. And considering her past exploits this has received few negative reviews. However, I did set out to make an inspiring film, that has a unique transformational journey at its core. There is so much negativity in the world right now and I wanted to inject some love and positivity into a story that does have some dark elements with a tragic accident at its core. This is not meant to disrespect what happened or to paint a rosier picture of what did happen, but to show how Ira’s life was shattered completely by this event and that she did have a battle of survival on her hands at times. I think how she responded and what happened after the incident is what surprises and inspires people about the film the most.
How did you get permission to film in the fetish clubs?

Close friends of Ira’s used to film a lot of footage when she was performing in the fetish clubs and all relevant footage was cleared. You will notice in the film there are a fair amount of censored people’s faces to protect their identity and privacy.

Was there anything in the story that shocked you? 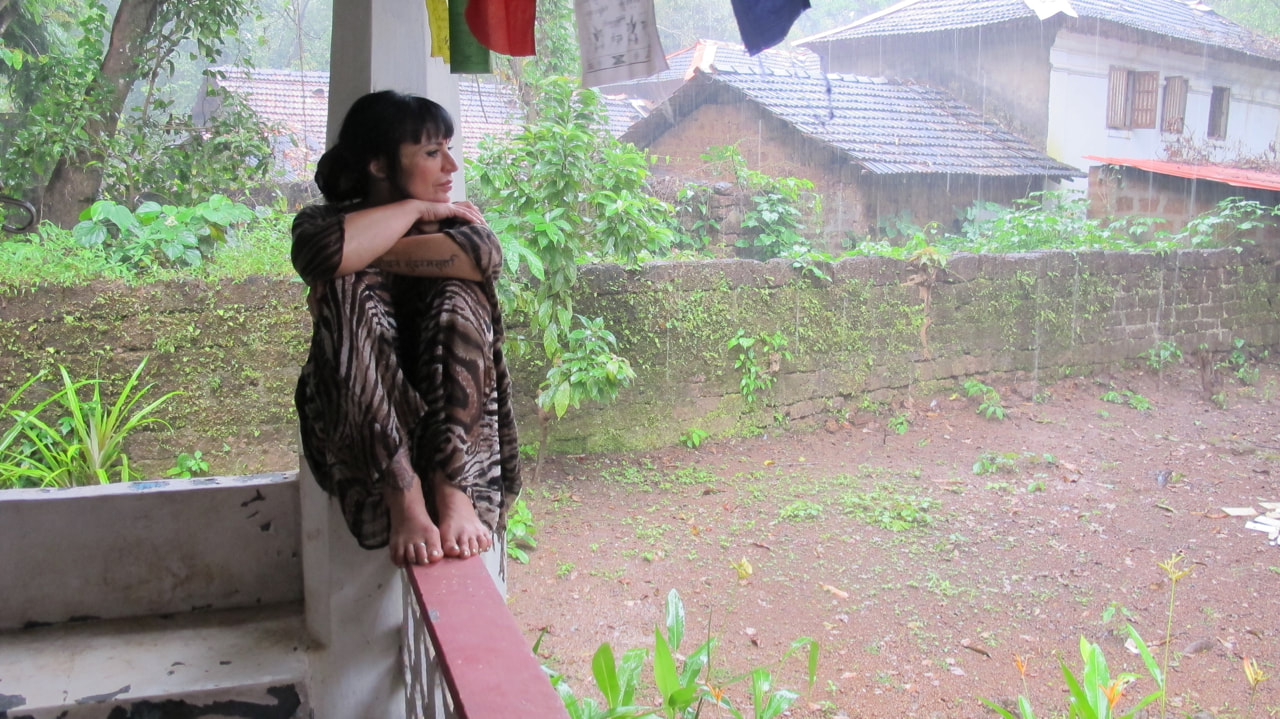 ​What is Ira doing now? Are you still in touch?

We are in touch every week and she is still (thankfully) a very close friend. I get to see her maybe once or twice a year because she is learning more healing practices now and does a lot of travelling to meet the best teachers and spiritual mentors.
What's it been like making your first feature? Torture? Ecstasy?

It was everything Werner Herzog said it would be, so yes to ecstasy; torture does not quite fit the bill, but it was always a journey worth travelling. The joy is in the creation and I was blessed to have such an awesome crew, co-producer, composer and full input from Ira and everyone who appeared in the film. The crowdfunding side was more challenging than actually making or completing it, because you are asking people to support and give money to something that doesn’t exist yet. I was grateful everyone was very supportive and patient when the completion of the film overran by a year.

Finally finishing the film and releasing it was a huge relief. The film is dedicated to my father who was an inspiration to me and the ultimate film buff. He did get to see it on DVD, but unfortunately passed away literally the day after it was released online. So the whole premiere and release of the film was quite an emotional roller coaster for me dealing with this grief while delivering the film to supporters as best I could, all considered.

I’m only just now coming out of a rather raw few months. I was fortunate enough to have two exclusive screenings of the film in London to sold out audiences and the response were fantastic. This has really made the whole process worthwhile to see that people are connecting with Ira’s story in ways I could never have imagined. I believe it’s a universal story of redemption and a unique untold woman’s story worth telling in today’s climate. I hope many more people discover is it on DVD and online.
​
​
What's next for you? Can you tell us anything about your next project?

I plan to do a European Premiere of the film in Amsterdam in May with cast and crew from Antwerp in attendance. I hope Ira and her family can make it to that screening. I will continue to promote the film in 2018 and am looking for more support with the PR, so it can reach a bigger audience. I have a 60 minute documentary called. ‘Jack In The Box’ about an 89 year old OAP man called Jack Kadlec, from France, who lived on his own for 20 years with no family looking after him. We became close friends over a period of three years and he shared his amazing life story with me in a very simple and moving interview. I filmed this 8 years ago and it’s been on my To Do list, to edit and complete. This will be a purely digital/online release for Voila Films.
I also have a very exciting idea and project for a global Youtube channel with a healthy difference.
Lastly, I’m in the process of reinventing my creative gifts to serve new clients who want to be inspired creatively, achieve their own visions and create abundance in a new, positive way. I am very excited about this prospect and it’s giving me a whole new outlook on how I can make more of an impact with my gifts and work. I am not a believer in self-serving and doing something solely for your own pleasure or benefit. The film was a turning point in my life and as Ira says the film, “it’s important to keep learning and that setback can make you see what other gifts you didn’t think you had”. In a nutshell, it’s about turning our pain into purpose and profit for people, while serving others. I think the best personal stories and films can do this. To evolve creatively and being agile in today's climate is an essential asset to thrive and create abundance.
And before I do all that, I’m in need of a much needed break and holiday. Somewhere warm, quiet and miles away from any dungeon or edit suite...
​
​Thank you so much Darren.
​Ex-Dominatrix: A True Story is available now from the website above! -
Michelle Olley
​
google.com, pub-1336815800049544, DIRECT, f08c47fec0942fa0