The IMAX Theatre has been at the heart of science and culture for the last 20 years and has welcomed to its stage some of the greatest minds in science and culture. In 2013, Professor Stephen Hawking gave a lecture on physics and our universe, and in 2015 he shared the stage with the first person to walk in space, cosmonaut Alexei Leonov. Visitors have also enjoyed a conversation between will.i.am and Bill Gates, a Q&A with Christopher Nolan, a talk on AI in music chaired by Jarvis Cocker, the TEDxLondon Conference and a live recording of the Guilty Feminist podcast.
​ 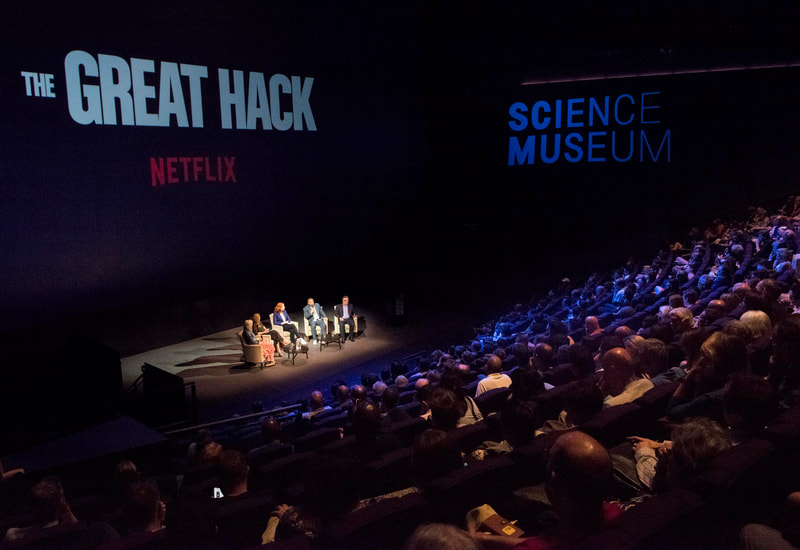 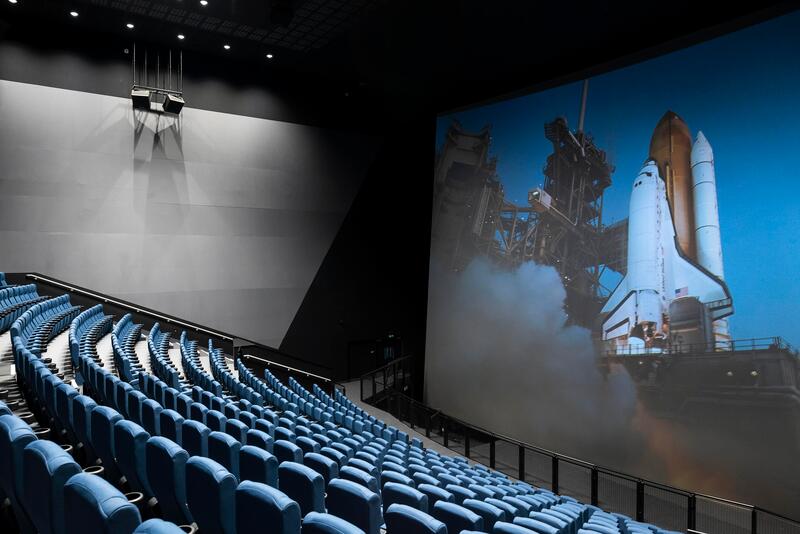 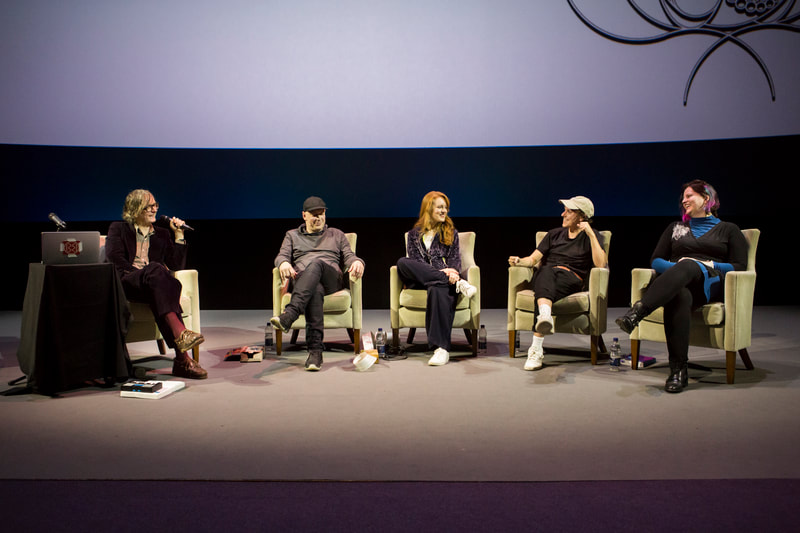 New Tech Behind The Films

The Ronson Theatre will be home to the best projection technology available allowing an even greater variety of IMAX films to be shown. With an aspect ratio of 1.43:1, the museum’s original IMAX 70mm film projector offers viewers up to 40% more film image on screen than in standard cinemas, combining the largest, clearest images with specially created sound for a high-quality viewing experience. A favourite among film makers and film buffs, the format was discussed by Director and Academy-Award® winning Visual Effects Designer, Paul Franklin (Inception, Interstellar) on the Science Museum blog.
​

"The thrill of watching a film on the big screen is unlike any other..." : Mark Cutmore, Science Museum Group, 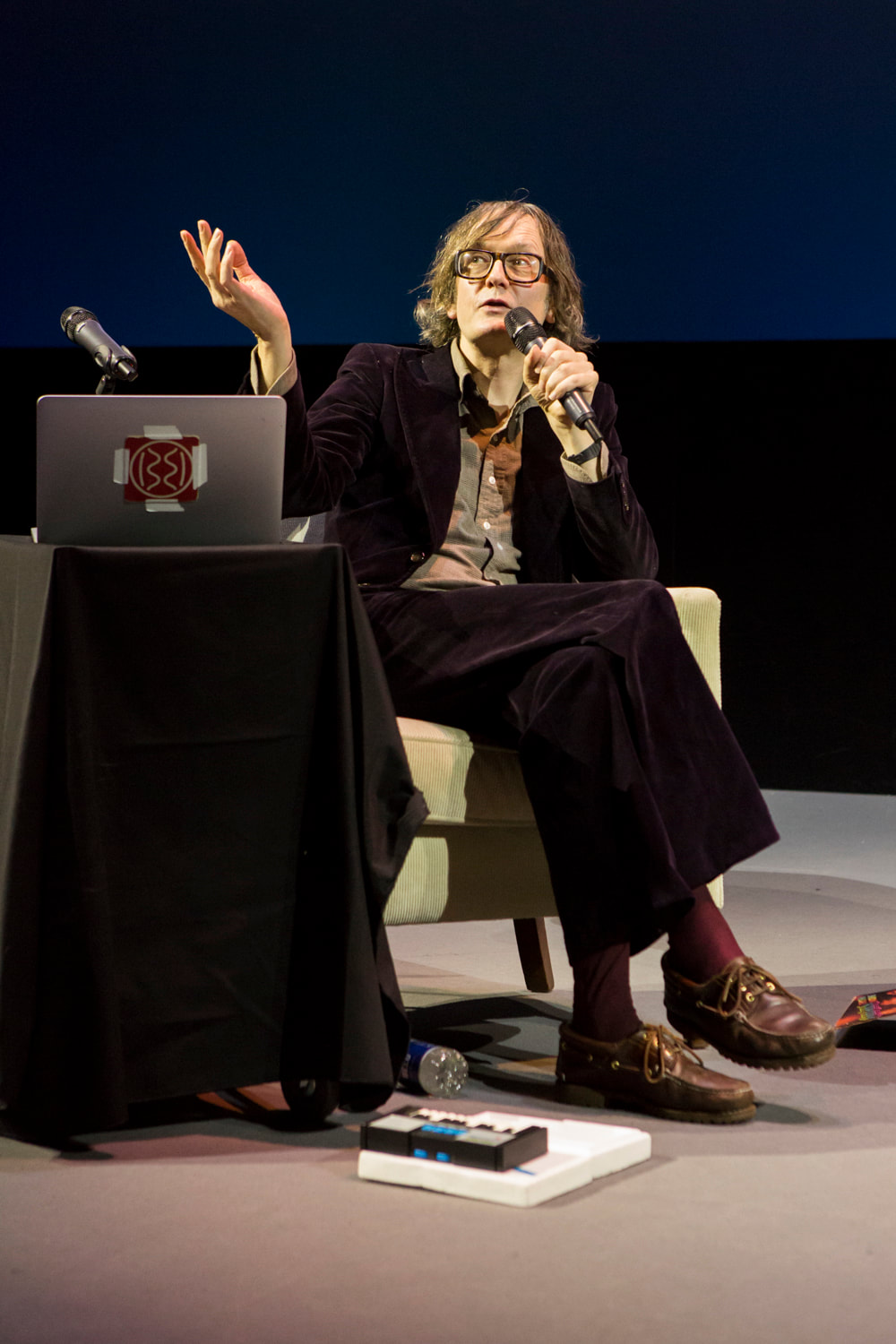 Future Technologies of Music - Chaired by Jarvis Cocker at the Science Museum IMAX - © Science Museum Group
​
​Following ten months of closure to allow for a major revamp, the Science Museum’s popular IMAX cinema returns to cement its place as Europe’s leading destination for film fans. Bringing together IMAX 70mm film and next-generation IMAX with Laser alongside the museum’s incredible objects, the newly named IMAX: The Ronson Theatre will present a unique and truly immersive story-telling experience.

The Science Museum’s IMAX cinema will be one of only two screens in Europe to feature the very best of both digital and analogue cinema, allowing the museum to host newly-released blockbusters, 3D educational films and cinema classics as well as an array of live events, all at the home of science and technology. The design by Ellis Williams Architects, who recently completed a major refurbishment of the Leicester Square Odeon, features modern cinema seating for visitors to enjoy films and events in maximum comfort, while a new concessions area will complete the cinema-going experience with relaxed seating and refreshments bar.

Opening on Wednesday 9 December, the IMAX will launch with the UK premiere of BBC Earth’s highly anticipated documentary, Antarctica 3D narrated by Academy Award®-nominated actor, Benedict Cumberbatch, and distributed by SK Films. Audiences will be able to experience the breath-taking landscape, treacherous climate and incredible wildlife of the icy continent through the wonder of IMAX with Laser in 3D and immersive sound. Tickets are available to book now on the Science Museum’s website. 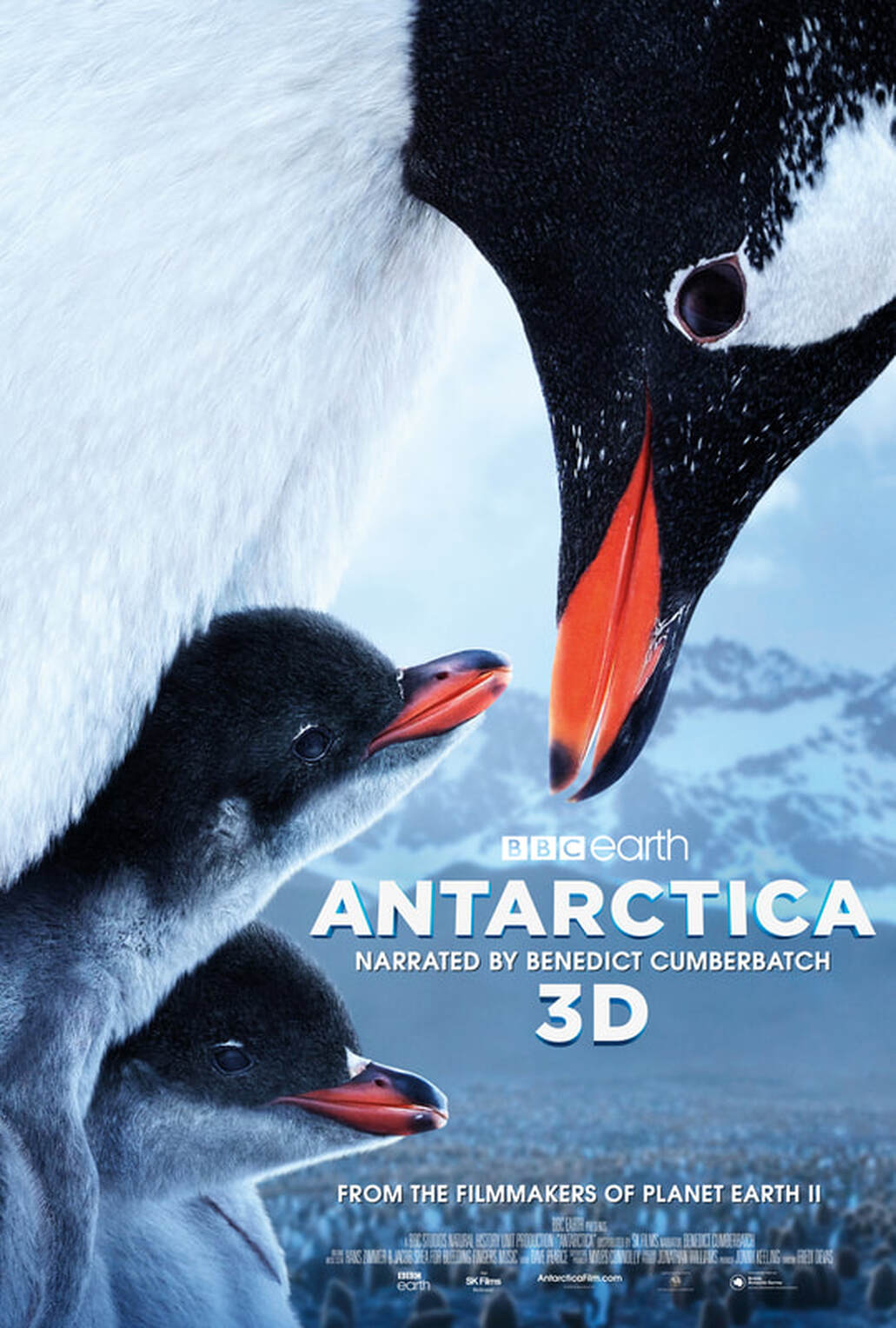 Sir Ian Blatchford, Director of the Science Museum Group, said: ‘We’re delighted to be safely welcoming back audiences to our revamped IMAX cinema next month, hopefully projecting some joy as well as igniting curiosity in our visitors with incredible stories of scientific endeavour. Cinema has a tremendous power to spark our imagination and transport us to other worlds, a means of escape that is much needed by us all today.

As we look to our world beyond coronavirus, I can't imagine a more fitting film to open this magnificent new cinema than Antarctica 3D, which explores the impact of climate change on our planet.’

Mark Cutmore, Head of Commercial Experiences, Science Museum Group, said: ‘The thrill of watching a film on the big screen is unlike any other and we can’t wait to share this with our visitors once again. With enhanced measures in place to ensure a safe and enjoyable experience, our audiences can sit back, relax and rest assured that their health and safety is our top priority.’ 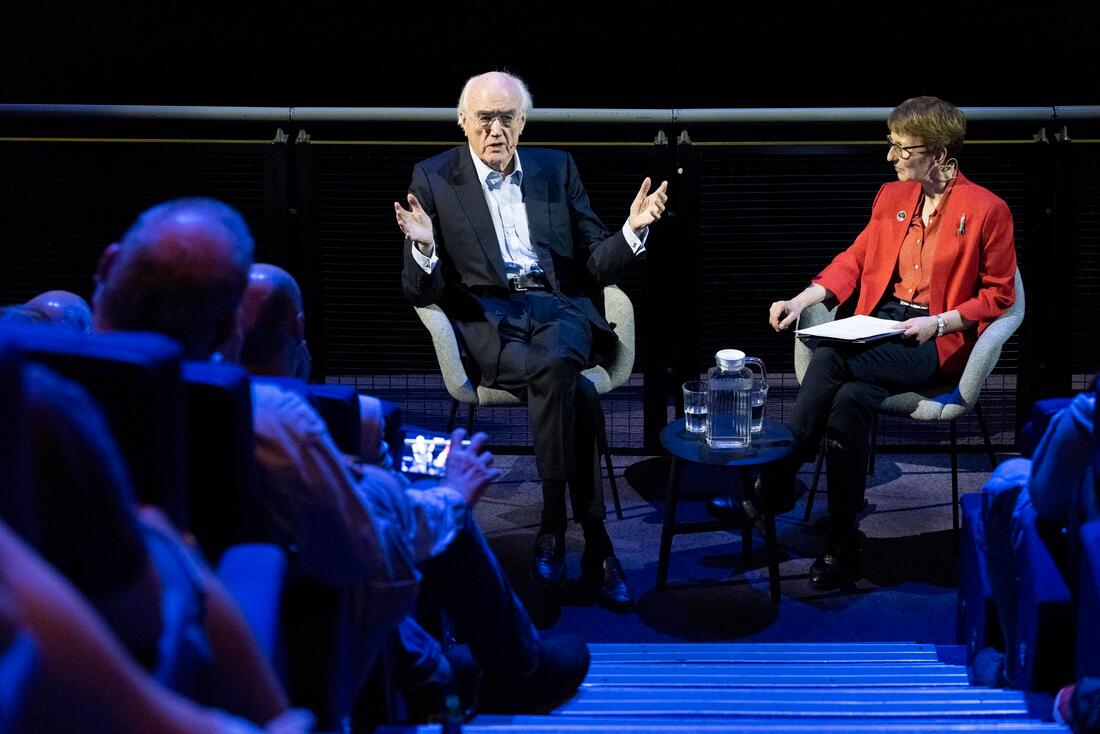 Film Screening of Todd Douglas Alexander's Apollo 11 with Helen Sherman & James Burke - © Science Museum Group
​Giovanni Dolci, IMAX Head of Global Sales, said: ‘IMAX is thrilled to bring moviegoers back to the theatre with such an incredible institution and partner in the Science Museum. IMAX: The Ronson Theatre will again provide visitors a place to immerse themselves in new worlds, now with the latest in moviegoing technology. We look forward to continuing to work with the Science Museum on bringing new adventures to their loyal customers for years to come.’

Nicole Ronson Allalouf, Trustee of The Gerald and Gail Ronson Family Foundation, said: ‘The Science Museum has inspired and educated generations of people of all ages from around the world with stories of human achievement and scientific excellence for over one and a half centuries. We are very proud to be able to support this pioneering project in such a unique environment to further enhance visitors’ understanding and experience of the world we live in and beyond.’

The safety of visitors and staff is the museum’s top priority and a number of measures are in place to ensure a safe and enjoyable experience. Visitors will be asked to book their cinema tickets in advance online, and must also pre-book free, timed tickets for museum entry. Cinema capacity will be limited with socially distanced seating arrangements, hand sanitiser stations will be located at key points, and there will be enhanced cleaning of the cinema between screenings. More information about the Science Museum’s health and safety measures can be found on the FAQs page. 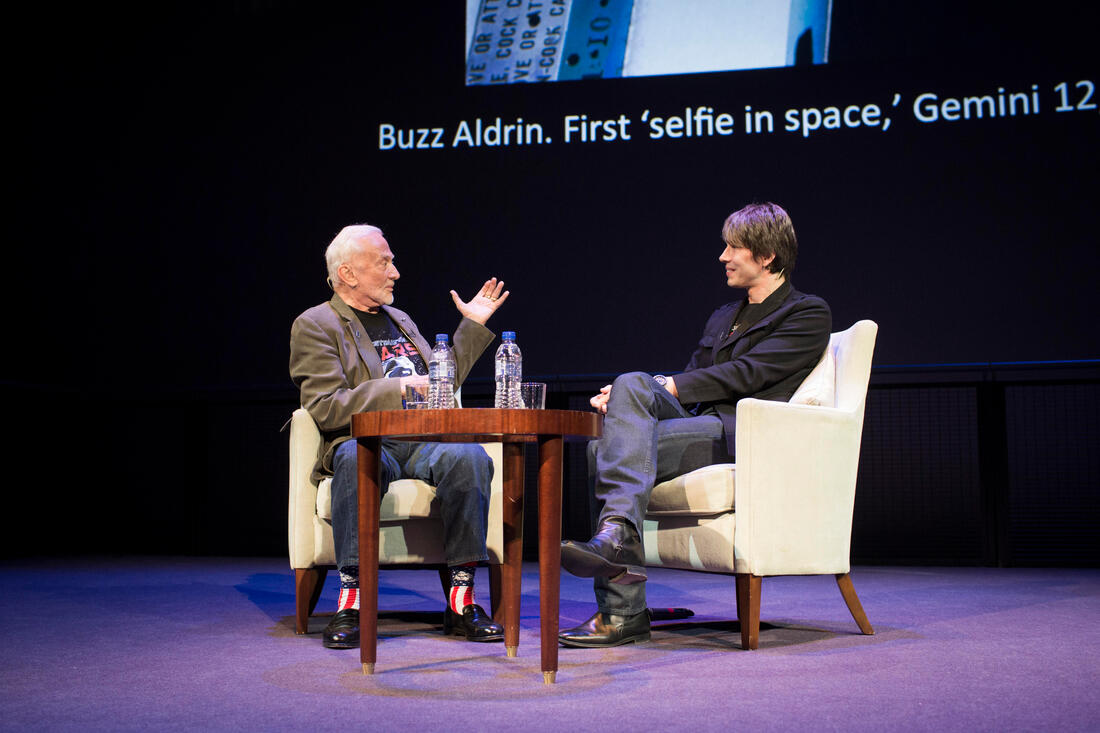 Buzz Aldrin in conversation with Brian Cox at the Science Museum's IMAX Theatre - © Science Museum Group
The redevelopment has been made possible by the kind support of The Gerald and Gail Ronson Family Foundation.

Booking now open for Antarctica 3D, A Beautiful Planet 3D and Hubble 3D from 9-16 December. Future programme to be announced in due course.

Sustainability has been at the heart of the refurbishment, including seats made of post-consumer recycled fibre, carpets from recycled plastic and new LED lighting, while new 3D glassware material will mean glasses last over four times as long as before. The Science Museum has also used the refurbishment as an opportunity to support independent cinemas by donating the former cinema seats and its digital projector; while the refreshments bar will be stocked with products from local suppliers who share the Science Museum’s passion for working towards a more sustainable future.

The Science Museum’s IMAX Theatre opened its doors in 2000 and has since shown some of the biggest blockbusters in 70mm from JJ Abram’s Star Wars: The Force Awakens, Star Wars: The Last Jedi and Rogue One: A Star Wars Story to Christopher Nolan’s Interstellar and an unrestored print of Stanley Kubrick’s 2001: A Space Odyssey. Combining the thrill of cinema with incredible objects of scientific discovery, fans of Nolan’s Dunkirk exited screenings in 2017 to the view of a real Hawker Hurricane that flew at Dunkirk during the Second World War, while viewers of Apollo 11: First Steps Edition could also see a training console used by Apollo astronauts and the extraordinary Command Module which carried the Apollo 10 crew into the Moon’s orbit and back in 1969.