​Richard Balls was a news journalist for 20 years and spent almost half of that working in Dublin for national newspapers. He's the author of two other books: Sex & Drugs & Rock ‘n’ Roll: The Life Of Ian Dury and Be Stiff: The Story Of Stiff Records. He now works full-time in communications in Norwich.
His Shane MacGowan biography is scheduled for release around September this year, which means the book is still in the editing stage. I can't wait to read it but got the opportunity to talk to Richard last week. Best pp
Hello Richard It's early days for the book which just caught my attention/imagination straight away, thanks for talking to me. First predictable but essential question. How did the book come about?

When I was writing my book about Stiff Records, I interviewed Shane in London. His old friend Paul Ronan set up the interview and Paul and I kept in contact afterwards. Some years later I started to think about my next book and I just kept on coming back to Shane. There was no one as intriguing and as original as him, so I asked Paul to run the idea past Shane. He said he wasn’t opposed to it and Paul started taking me over to Dublin to see Shane and his family in Tipperary. 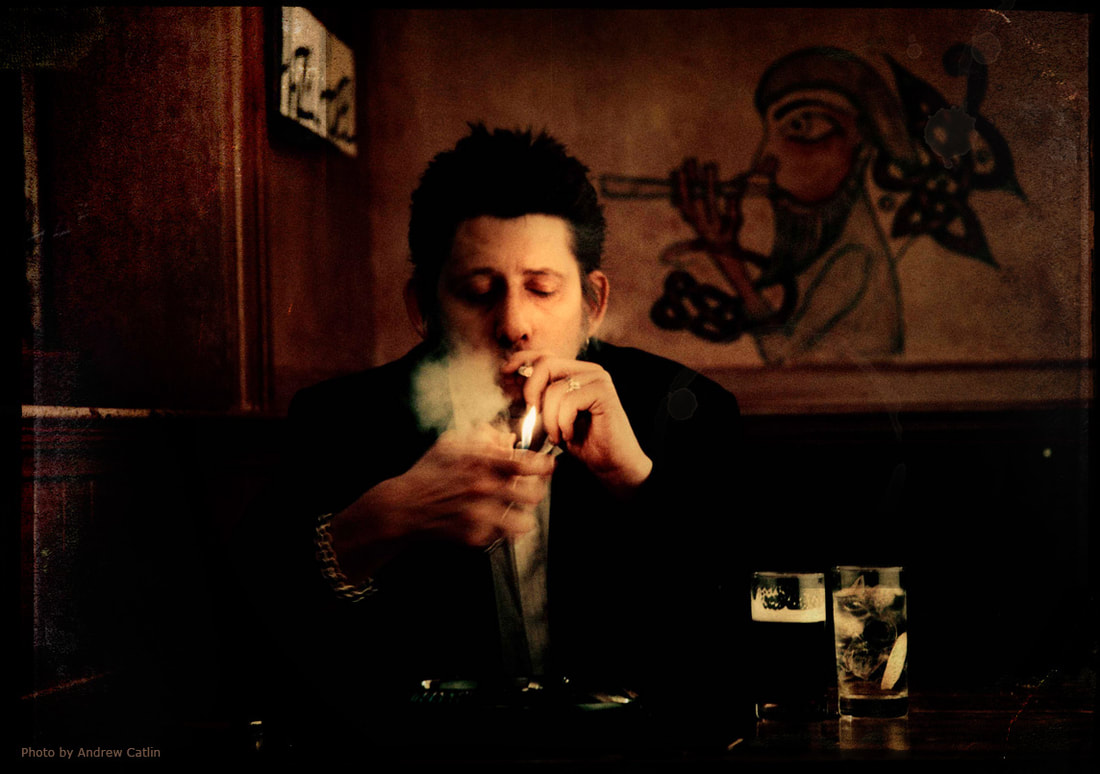 ​ Photograph © Andrew Catlin
​Were you, are you a Pogues fan?

I stumbled on The Pogues on Halloween night in 1984 when they supported Elvis Costello on his autumn tour. I’d never seen or heard anything like them and I became a big fan, seeing them headline bigger shows in London.

I first saw them at Rock City in the early 80's. I was hooked!
​How was it working with Shane, he’s been notoriously wild? Was he able to recollect some of his wilder periods – was that an issue?

Spending so much time with Shane was a great privilege and I grew to like him a lot. As a result of a fall he had almost five years ago, his mobility is limited and he is confined to his flat most of the time. I just hung out with him and his friends, watching telly, chatting and having a drink. Shane is a shy, private man, and he doesn’t like talking about work. In fact, he dislikes nothing more. He’ll happily discuss Irish history or politics or violent movies, but interviewing him in the conventional sense is nigh on impossible. So, as I was there for long periods and sometimes stayed there, it was a matter of waiting for the right time to record his memories about his childhood, his life on the road or his musings on alcohol and drugs. His memory is a lot sharper than people might imagine and his recollections can be vivid. Getting those stories out of him while trying not to pose direct questions or distract him from his beloved films is like a high-wire act. Ultimately, you just have to go with the flow.

I'm looking forward to reading this so much do you cover Shane's pre Pogues years?

The book covers his early years in great depth and he did talk about his upbringing quite a bit.

It's a great photo of you and him!

That picture was taken by Paul when I interviewed Shane for the Stiff book.

I interviewed Dave Robinson early on In Phacemag’s life that whole Stiff thing I find amazing -  do you think it gets the recognition it deserves?

Stiff was a maverick label from the outset and way ahead of the curve in terms of marketing and creating a buzz around its acts. Ian Dury and Elvis Costello had been shown the door by the major labels because they were square pegs who didn’t fit into any of their boring categories and there was no queue forming for The Pogues when Stiff signed them. But Dave Robinson could see that, on his day, Shane was head and shoulders above many of his peers when it came to songwriting, and a charismatic figure on stage.
Stiff created the blueprint when it came to imaginative marketing. It didn’t always work, but it was daring and fun. After Madness left to set up their own label, the hits essentially dried up, and the game was up by the time Fairytale Of New York came out.