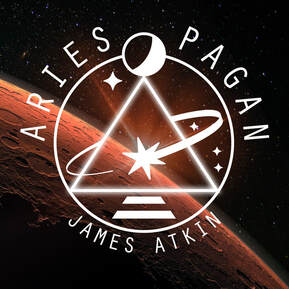 ​Best known internationally as the voice from EMF, James Atkin has released a number of innovative solo albums. Here he talks to Eoghan Lyng about his latest project 'Aries Pagan' (and a few other gems of enlightenment)  which was launched in April 2020 as a free digital download, with the option to Set Your Own Price. All proceeds from the donations will go directly to Help Musicians who have set up an Emergency Coronavirus Fund to support musicians struggling through these strange times...
​ 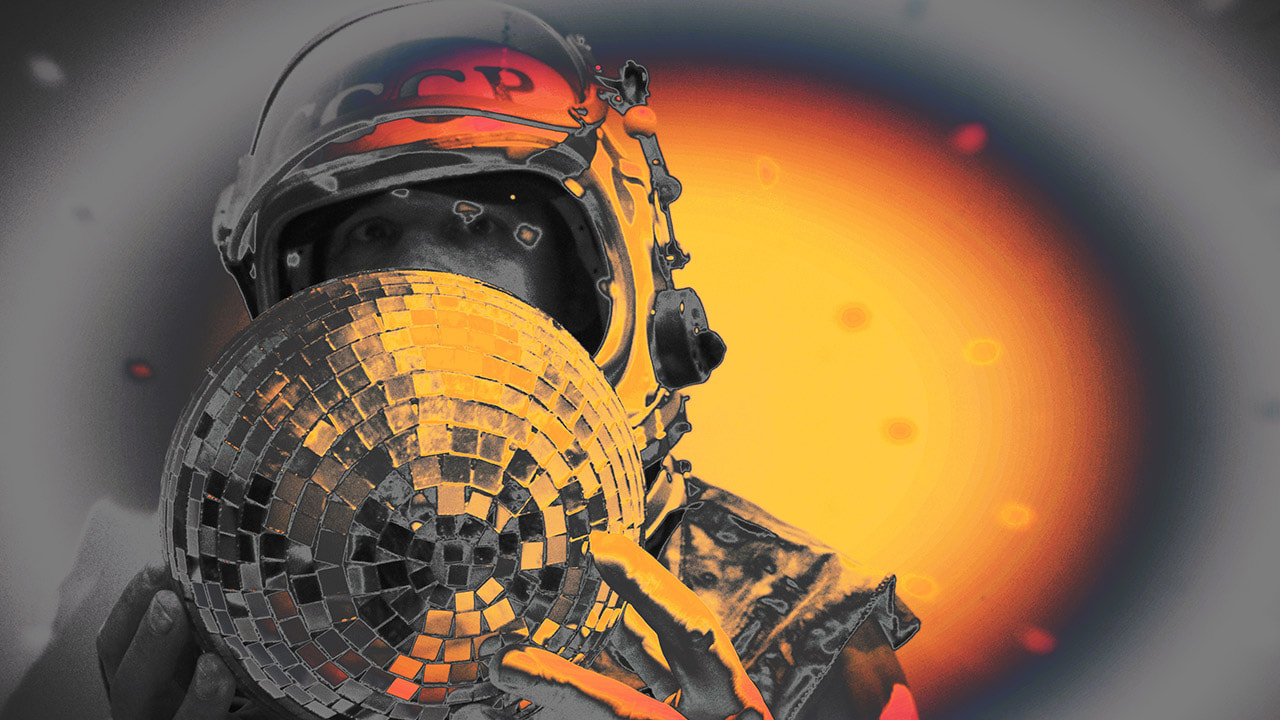 "It's True" has got a great groove going for it. It's funky.

Thank you. It's a bit poppier than the other tracks on the album. I think it's a bit more accessible. It's good that you shared it
​
​Was it inspired by The Stone Roses?

There's a bit of Roses, but it's more Joy Division. You know those videos, where they play tracks and people dance to them? I saw one of those on social media and thought, "that's good". I can't remember what Joy Division track it was. Just going back to all my nineties dance bands.

We've had the pleasure of interviewing Peter Hook.

He's a legend. He's been in the industry so long. He's seen everything. I was a massive New Order fan growing up. I met him a few years ago. I had Substance by Joy Division and Substance by New Order in my vinyls with me. He signed them.

I hear some similarities between your voice and Neil Tennant's; was he an influence?

Not particularly, but you're not the first person who's said that. I think I was more influenced by singers like Ian McCulloch from Echo & The Bunnymen. It's not a bad comparison to have with Neil Tennant.I think it's that slightly throwaway, British style. I always sounded very British. I could never be a wailing, heavy rock singer.

The opening track reminds me of Blade Runner. Are you a sci fi fan?

Ha ha. Not especially, but I think I do enjoy those Vangelis synths. Those keyboard things conjure up all sort of emotions. I think I liked that techno sound. I play, produce and program the albums in my home studio. I play a lot of keyboards, but I'm a two finger kind of player. I'm not a virtuoso, I'm much more comfortable on guitar. There's a lot of guitar on the album.

Did you practice guitar as a teenager?

Right up until the beginning of EMF, that was the plan. Right at one of the first rehearsals, there were three guitarists and no singer. So, we put down the guitars and tried to work something out. Derry went over to the keyboards, and played keyboards in the band. I tried singing, so I became the singer. But growing up, I wanted to be the guitar player.

​Talk to us about working with The Live ID?

I've known Ian a long, long time. We've become very close friends. He grew up near I was. He grew up in Gloucester, I was out in the sticks. He was a couple of years older than us, I think I might have stalked him [giggles], but we became very close friends. I told him about EMF. One night, when he was coming from South Wales to Gloucester, he said he'd come and hear us. I think he liked the energy more than the content, because we didn't really have any content. It was very different to anything he'd been working on at that time.  We've kept in touch and we've written a lot over the years. Every now and then, we come together to write a bunch of songs for an album. We've always written with the intention of releasing another EMF album, but life always seems to get in the way. We are releasing the box-set soon, so some of those demos might make their way out there.

Few of the songs on the album are of radio length..

Was that a conscious decision?

Yeah, I'm big into dance music. That's a lot of my influences.  A lot of those songs are three minutes before the vocals come into the track. They're often ten minute tracks. Ian's very keen on getting three minute, three and a half minute, pop songs. But I feel if the groove is kicking in, there's no point stopping it. Hopefully, the listener doesn't get bored.And I can always put a radio edit together if I need to.

What was it like filming the "Popcorn Storm" video ?

That was great. It was a low budget kind of thing. Stephen Payne-Stevie Payne- directed an EMF video for us in America. By chance, he came back to the UK. He asked if we'd do a video together.I said, "I have no budget". He said we'd figure it out. Did it with a drone, I wore a Bunny costume I picked up in the fancy dress shop up the road. It's an interesting video.
​​
​Are you an Aries like the Aries Pagan title?

By coincidence, I am. I like to release my stuff around Easter, March or April time. I liked the title and the artwork, that's why it came together. I'm not very good at picking titles.

You've worked with Elastica drummer Justin Welch. What's he like?

Justin's a great mate. We were in a group called Asbo Kid and we just couldn't...there were always things going on at the gigs. During the three years, I'm not sure we had one gig. Equipment kept breaking down and one time the police shut us off. Another time, we were asked to leave the stage. But Justin's a true professional and we're still very good friends.

I read on your website that a lot of the album proceeds are going to a Corona charity.

They're actually going to Help Musicians. It's a charity set up to help musicians who would have paid their rent from doing festivals and such. It's all so bizarre. I feel sorry for the kids who've just finished their A-Levels. They can't go out to Festivals and discover life. As well as all the people dying! The industry's changed over the last few years. It was very different for us, when we were selling records in the nineties. I think it [the pandemic] has hit at the right time. Everything's being digitalised. It's encouraging more people to get involved in that.

Are you  at liberty to tell The Phacemag readers what you have planned for the future?

There's a lot of tracks that didn't make the cut. I'm hoping to release Aries Pagan II, I haven't decided on the title, before New Year. Otherwise, I'm doing a lot of collaborations with other artists. We're performing other songs. We've just done "Love Cats". You can find these on my Facebook page. This might be something I'll look into more.