Recorded and engineered at home by Martha herself (the versatile musician also played guitar, piano, mandolin and bass, as well as scoring all the string parts), ‘Here Comes the Snowstorm’ has already made an impact in 2019 thanks to two of its tracks – ‘Slipper to a Wedding’ and ‘When I Hold You in My Arms’ – being aired on Tom Robinson’s BBC 6Music show. Co-produced by Martha’s partner Joel Evans (aka Tiny Eyes), who also weighed in on percussion, synths and Wurlitzer piano, the EP features Joe Manger on drums, Rob Rosa (Maniere des Bohémiens) on violin, Mirka Hoppari on viola and Martha’s father John on cello.

"Though united by a bittersweet theme, each of the five tracks on Martha Bean’s new EP stands alone, inspired by real events. Be it the eponymous tale in ‘Slippers to a Wedding’ (“We aren’t perfect – we have to laugh at each other,” says Martha); the emotional vision of a lonely widow captured on ‘Beneath the Shadows’; or the hopes and fears of a new mum expressed on ‘When I Hold You In My Arms’ (Martha became a first-time mother, to Leon, this February), the highs and lows of contemporary existence are all on show. Conveyed via spacious, ambient alt-folk topped by Martha’s skilled guitar picking and silky vocal, her songs evoke artists such as Fionn Regan, Phoebe Bridgers and Lisa Hannigan." 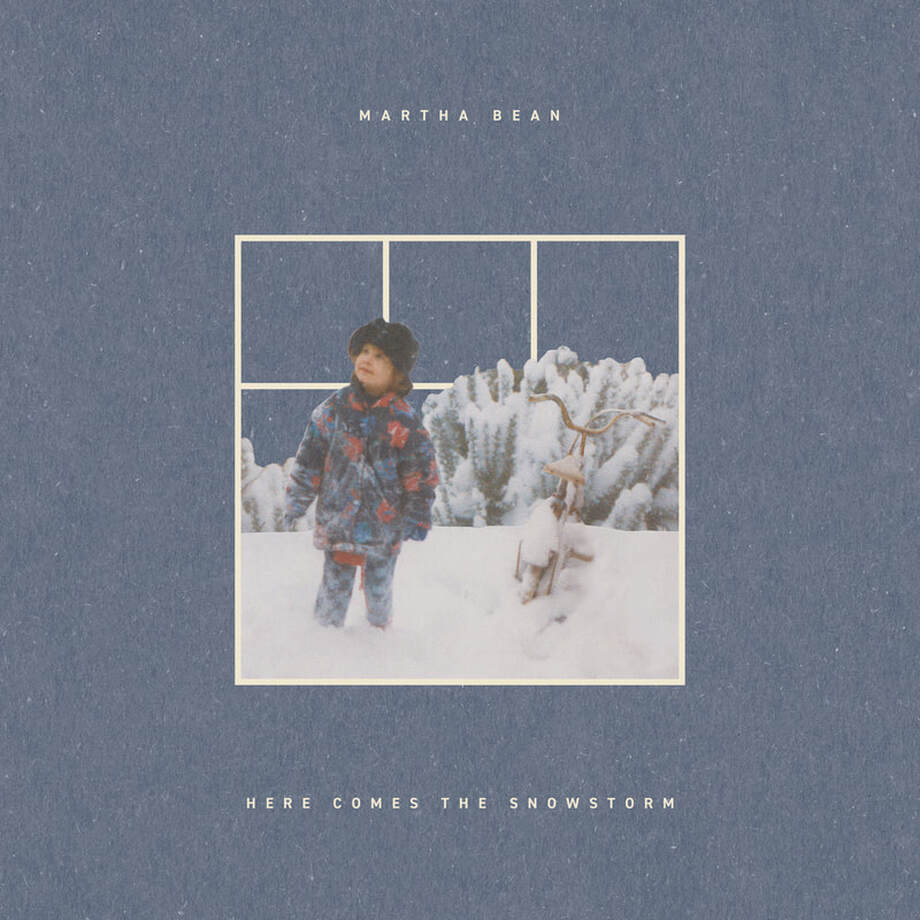 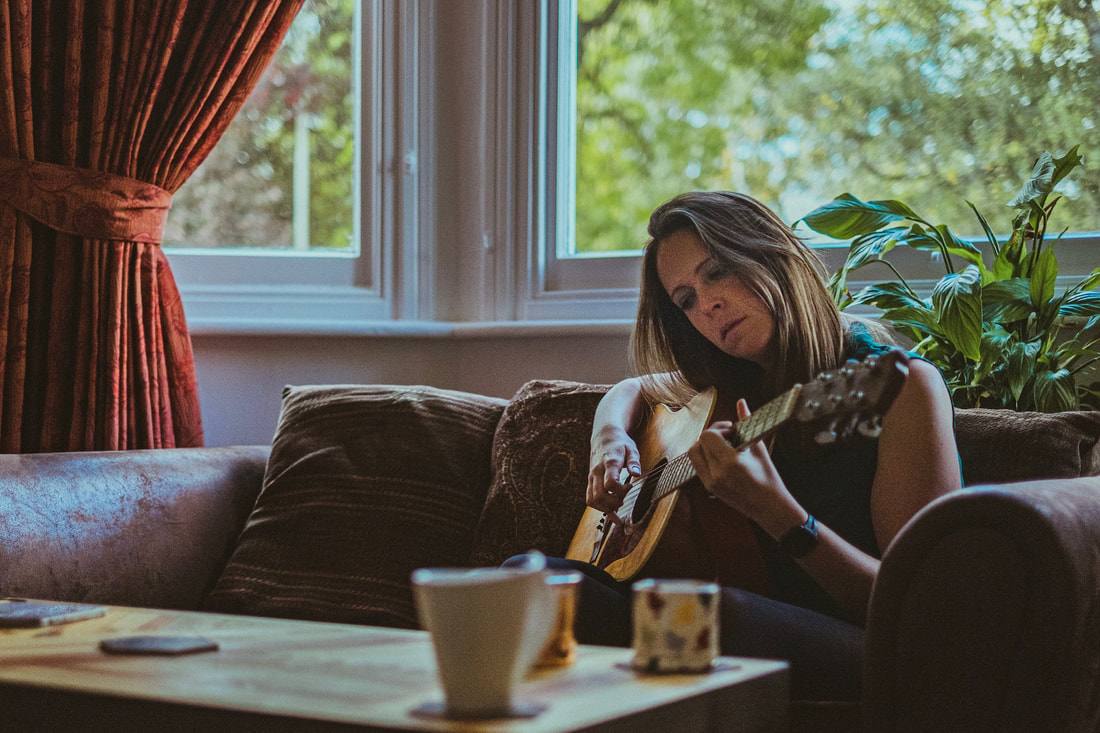 Hi Martha we all love the EP it's gorgeous! A very predictable but important question Martha, what were/are your early influences?

Thanks so much Fran.
​Influences, I had a rather unusual set of influences early on... my parents are both classically trained, so we had everything from Wagner to Shostakovich playing in the house - but my parents were also big Beatles fans, so I grew up on them, too. As a teenager I became a big fan of Radiohead, Muse, Nirvana and other rock bands, before I got into jazz at music college. So... quite an eclectic mix of influences, which might explain why I find it hard to pin down a specific genre for my songs!

Can you recall a Specific turn around moment?

Probably the day I played at Leicester's Summer Sundae festival back in 2010 - BBC Introducing's Dean Jackson asked me to play a little live set from their radio van on site later that day - I ended up playing on the roof! Dean has been wonderful sharing my music on the radio, and I'm forever grateful for it. It opened up quite a few new opportunities for me, too.

How much do you get involved with the studio/production?

Almost entirely! This new EP was written, arranged, recorded and produced in my home studio. My other half, Joel (aka Tiny Eyes) helped to co-produce the record, but I always had the final word on it. I'm not by any means a natural at studio engineering, so it's been challenging but satisfying to hear the final result. It certainly feels good to know it's an entirely home-made EP.

Very variable. Some days, a whole song comes to me in a matter of hours; lyrics, melody and everything. But most of the time, it can be quite a painful experience, working through ideas and deciding when they really don't work, as much as when they do. I usually start with a chord sequence, and the lyrics come later. I'm much more selective these days - so songs take me longer to write - perhaps a few sessions over a few weeks.

Playing live - are you a natural performer?

Not at all. I do love performing, but if I'm totally honest, I much prefer being hidden at the back or playing in the background to being centre-stage. I really do still get proper nerves about it... shaky hands, dry throat, etc. I basically have to do a bit of a 'Bowie' and pretend I'm someone else to get my feet to actually step onto the stage. 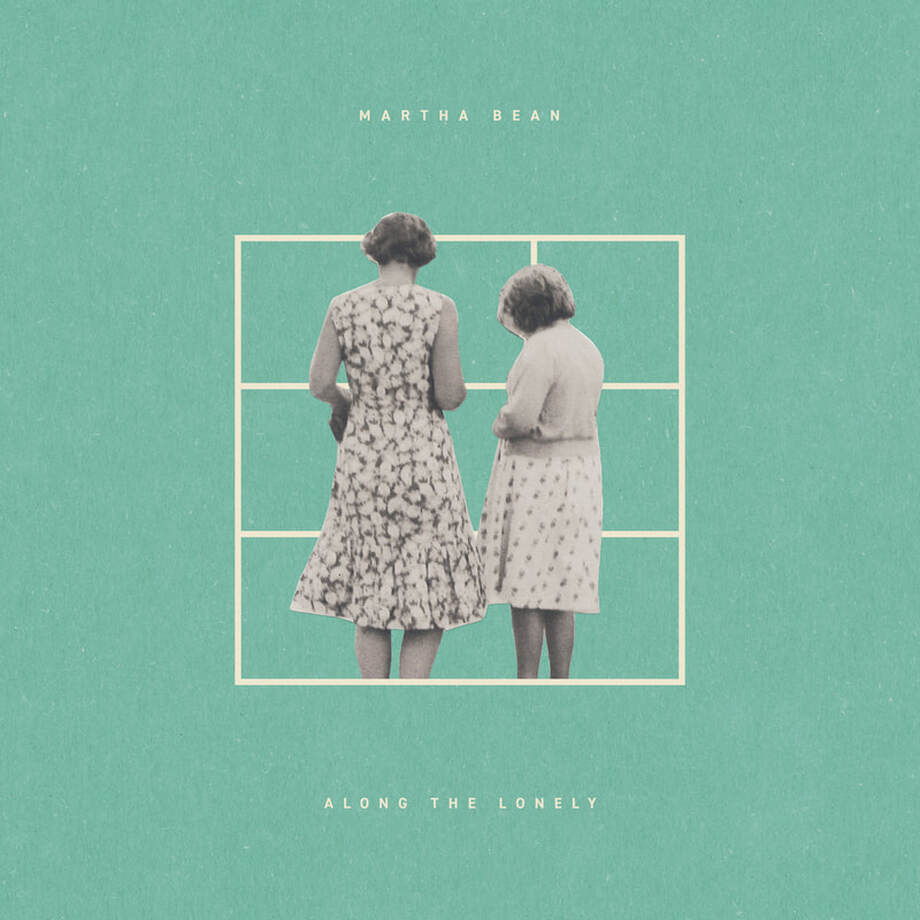 Have you got a book that made a big impression on you?

I found 'The Book Thief' by Markus Zusak pretty hard to put down. It's a tragic story, and one of the few books that has had me bawling in tears. An incredibly story. I can recommend it - but not for the feint hearted!

The same question but with a film?

Can I have two...? If so, I'd go with Amelie and Fight Club. Two very different films(!!), but both absolutely brilliant in every aspect. Fantastic stories. Wonderful characters. Absolute classics.
Have you got a favourite cafe & what breakfast would you order?

I'm a huge fan of Indian food, and living in Leicester we're massively lucky with Indian cafe options. A particular favourite of mine is the vegetarian cafe Mithaas on Narborough Road... I adore their mixed chaat. They do fantastic curries and samosas, too. Not your typical breakfast, but I could eat there for every meal...

When I find time between changing and feeding my 8-month old boy, Leon, I'm squeezing in time for songwriting, and hope to start working on recording the next record soon. I'm also working on some children's music, which is good fun (especially now we have someone to test the songs on)! And I might get some gigs together next year, too. I'll keep you all posted online...
​
Thanks ​Martha Bean
Fran Suzi
​
share
​
google.com, pub-1336815800049544, DIRECT, f08c47fec0942fa0