10 February 2022 - 2nd April 2022: Art Vinyl  launches a one-off exhibition that includes previously unseen photography of The Beatles in a unique window installation at The Hari, Belgravia London. The exhibition that runs until 2nd April showcases the work of renowned pop culture photographer, Tommy Hanley and is a prelude to the launch of his limited edition book ‘With a Little Help from My Lens’ that documents his time spent with the Fab Four.
Renowned for celebrating record cover art and design, Art Vinyl has been exclusively commissioned to present this remarkable collection of Tommy Hanley’s photographic work, that features in the forthcoming book, with the opening of the first exhibition of its kind. The candid photos of the world’s best known band and a selection of stars from the time are taken by Tommy Hanley over the course of his thirty-year friendship with John, Paul, George and Ringo.
Yoko Ono Lennon has also kindly granted permission to include a number of Tommy’s iconic images of John Lennon from her private collection, notably the famous ‘Imagine’ images in 1971 which also feature in the book.

Mark Lewisohn, Beatles Historian and author of ‘Tune In’ explains in the book’s Foreword “Hanley was another Londoner who had the Beatles confidence, as well as a first rate feel for releasing the shutter. Often the only photographer in the room, he enjoyed fine exclusives.” 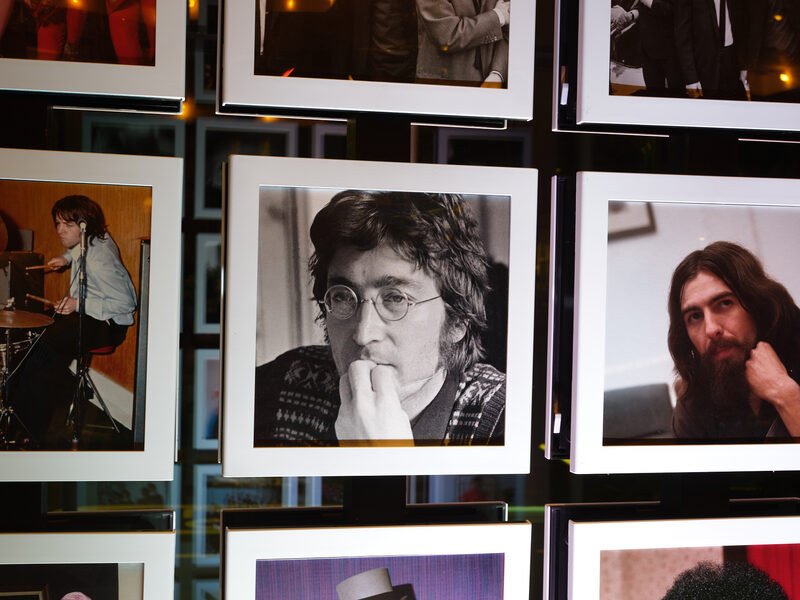 ​
Tommy Hanley was a London born photographer who from an early age, honed his craft on iconic music stars of the 1960s and 1970s. Jazz greats, such as Louis Armstrong, Ella Fitzgerald, Duke Ellington, through to The Rolling Stones, Led Zeppelin, Marc Bolan and Tina Turner were all captured by Tommy’s lens. Hanley’s pictures capture these music legends with candid photos from his archive that reflect his close relationship with the stars of the day – none more so than those he took of The Beatles from their early humble beginnings to the tragic death of John Lennon, Tommy was very much part of their inner circle.
The Art Vinyl window installation at The Hari sees 48 especially selected Beatles and Beatles related exclusive photographs that showcase and include images produced from Hanley’s original negatives. Notably, Jimmy Nichol who temporarily replaced Ringo Starr, whilst he was in Hospital, pictured with only Bongos to drum, John and Yoko at Tittenhurst Park after the Beatles split up and the first image of the three remaining Beatles following the tragic death of John Lennon. 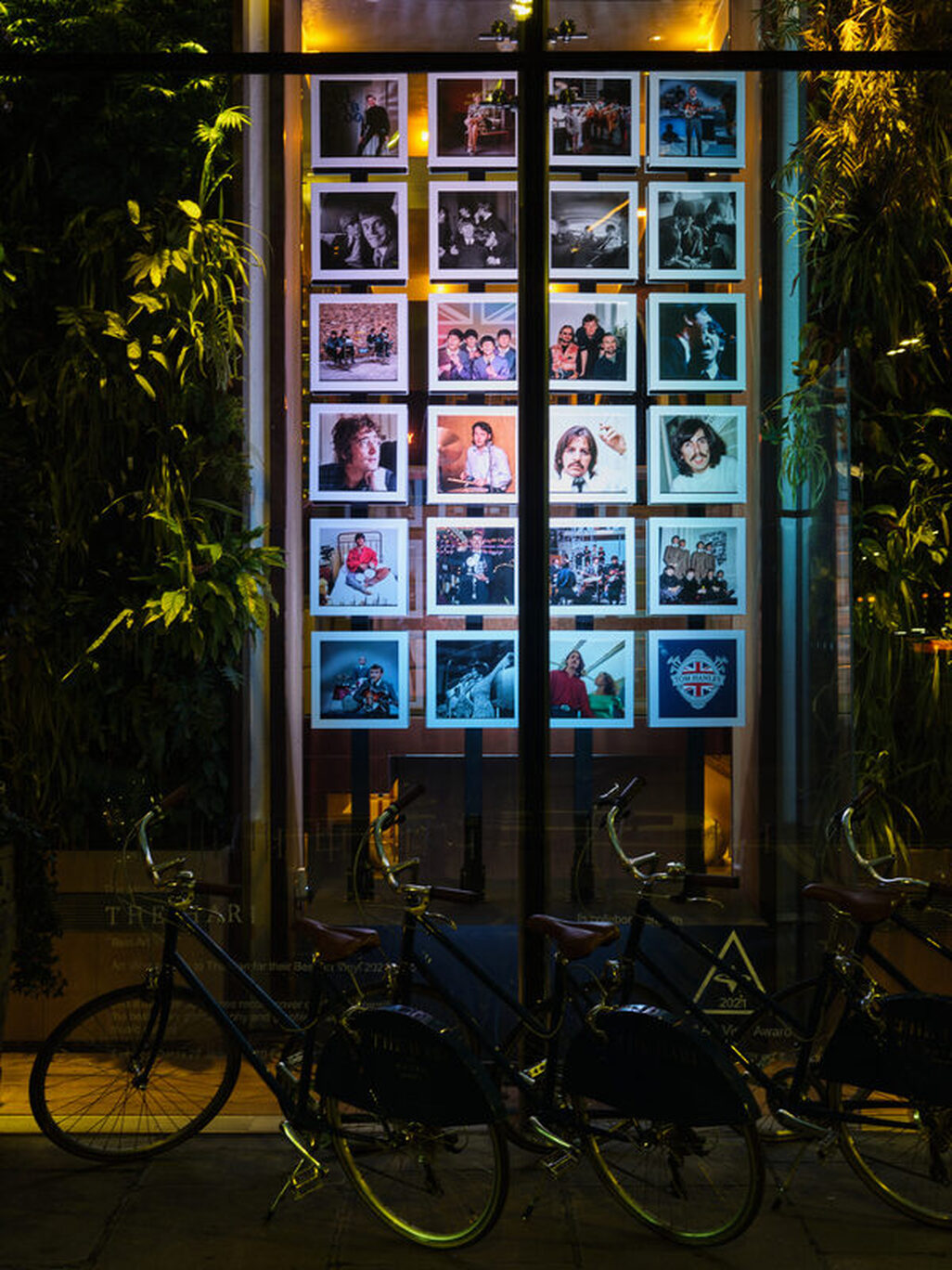 The publication of ‘With a Little Help from My Lens’ is Tommy’s personal account of the time he spent with the Beatles. Written in 2009 and brought to life by Tommy’s son Tony Hanley, the 1,000 limited edition copies include over 100 of Tommy’s images from the height of the Group’s early fame in the early 60s to fascinating intimate images shot in the Apple Offices at the end of their career together.
Tommy's son Tony Hanley comments, "My late father, Tommy, originally penned this book well over 14 years ago. Sadly, his health slowly deteriorated to the point that he could no longer continue, so I made a promise to bring it to life one day. It is indeed a great moment to be able to share, just a small selection of his images which, using today's digital technology, have been brought back to life and appear in all their glory in the book, as well as his fascinating and personal account of the friendship he enjoyed with The Beatles. Tommy’s images are clearly not ‘run of the mill’ and the selection of his work on display for the Art Vinyl exhibition, is a proud moment and a chance for everyone to enjoy his work featuring The Fab Four as well as many of the personalities that were also part of the 1960s scene.”
Founder of Art Vinyl Andrew Heeps says, “This is an amazing opportunity for us, diversifying from our usual record cover art exhibitions, to deliver our first ever photography installation - and what a talent we’ve had the chance to work with. Now looking at the multiple photographic artworks on each side of our giant installation, you can almost hear the soundtrack in one’s head, the immediate connection these familiar faces have made on our collective music history.”
From Andrew Coney, General Manager at The Hari, “We are thrilled to exhibit such a fantastic collection of historical images at The Hari. I have long been a fan of The Beatles and I am so excited to be able to showcase Tommy’s work in our hotel. A testament to his craft and time, Tommy’s archive of images reflect his close relationship with the stars of the 1960’s and 1970’s, as he was very much part of their inner circle.”
Mark Lewisohn, Beatles Historian and author of ‘Tune In’ explains in the book’s Foreword “Hanley was another Londoner who had the Beatles confidence, as well as a first rate feel for releasing the shutter. Often the only photographer in the room, he enjoyed fine exclusives.”