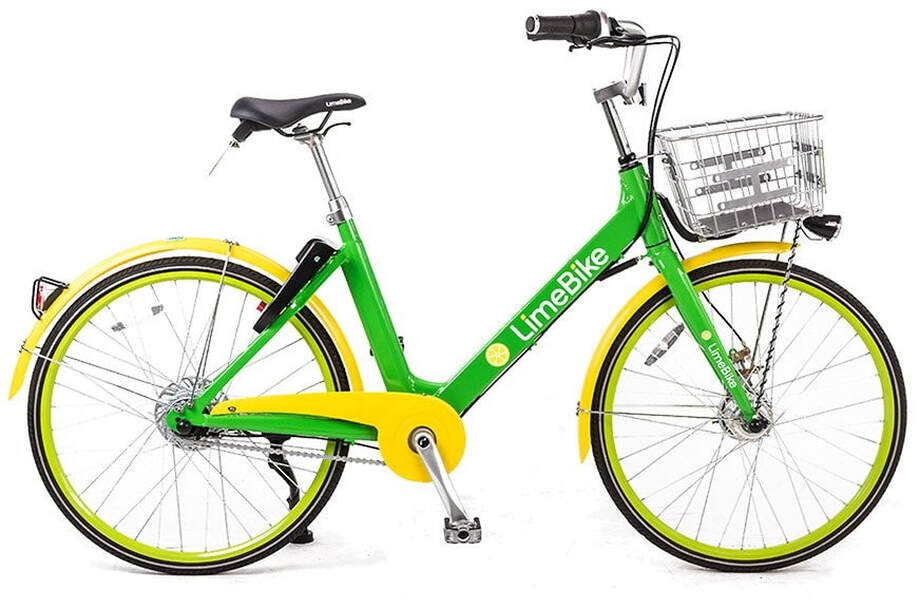 This is the most spontaneous review I have ever done! Well, not the review maybe, but the test, yes!
It’s Sunday and I had to pop back to the office in Crouch End briefly. Since Elby the Phacemag Transit is still in need of welding I have of late been using :

noun unpunctuated: Shanks pony -to get to Hornsey Road, and then a short bus ride to Crouch End on either the 91 or the 41.
Ok, so I reach the 91 bus stop and because the Hornsey Road is long and straight and my eyes can still see things at a distance, very big red things anyway - and seeing nothing I turn towards the 41 bus stop. Halfway there I see the bus leaving. It’s a 9 minute wait…too long so I walk towards the next bus stop, this is a stop used by both the 91 and the 41 – you see my plan?

As I walked on I passed 3 Lime Green Bikes parked, and my mind hatched a plan. The arrival of the 91 (could have waited at the first stop but you wouldn’t be reading this! If anyone is?) put the plan on hold for a while as I took the bus to Crouch End. 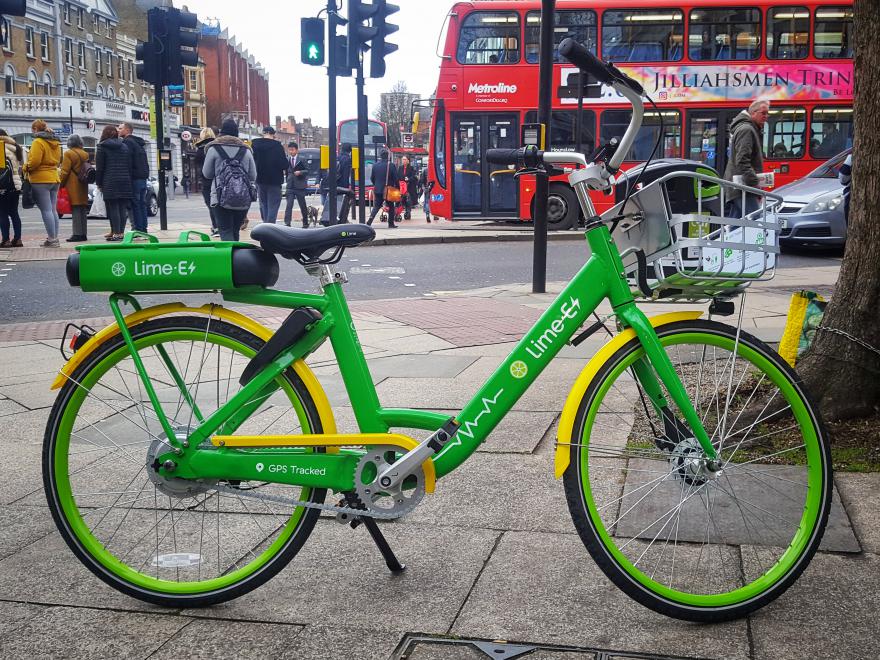 As I got to the office at the bottom of the mews, I spotted…yes, another Lime Green Bike. “Do It!” said my little voice.
I quickly downloaded an app and managed to negotiate the instructions sans reading glasses.
First, scan in the bike’s code. This is simply done by lining up the bar code in the square camera box and then your payment card in the same way. You are asked for the little number on the back also, and then you press unlock.
It didn’t…Gutted! It said try again later…

On the way home a few minutes later, that particular bike was still there. I wasn’t going to try again with that, I was going to get the bus back to the first bike, the one that first spoke to me.
I was excited! I got off the pretend-incredibly hot and stuffy-route master replacement (hate them); then with my phone app at the ready, I approached my Lime Green stallion.
Unlock, Scan, Click Musical noise YES, your first ride it said!

I easily adjusted the seat to fit my modest (but adequate) height, mounted and set off…Whoah! “She’s Electric!” Wicked! You get a sudden burst of that power when you set off, it’s just right and as soon as you peddle it’s hardly noticeable.
Stupidly for a first test I didn’t go up any steep hills but my feeling is the effort to peddle will be the same on all gradients. It’s a great piece of kit, luggage rack, lights, and when I arrived home I just parked it safely and locked it with a small lever near the chain. As instructed, I took a photograph of the location to help the next user, but the app locates them anyway.

It was a very short unplanned test. I’ve put the details below... the cost? £1 to unlock the bike and 25p a minute. Great value!
You can pause your ride but the cost clock keeps ticking, I figured this was the situation with the first bike I attempted to ride.
I’m going to be using these a lot. Will keep you informed. Best, pp
​ 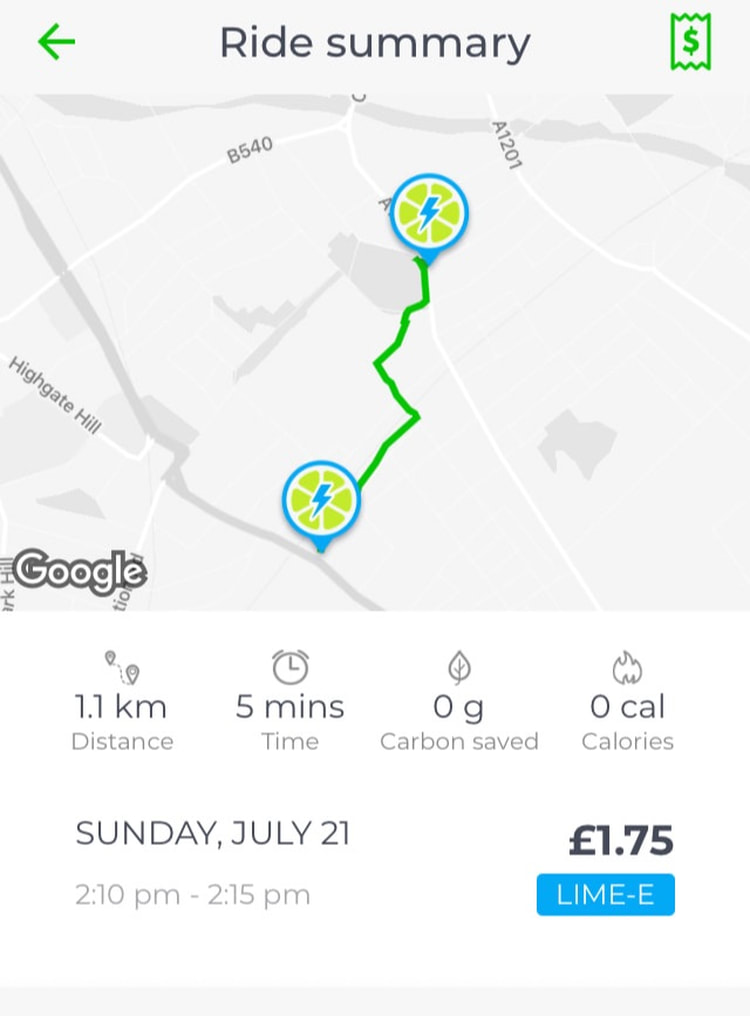