​It's not that I'm annoyed  more slightly irritated -  by what? I hear you ask.
Well I've counted at least 4 times this month when some celebrity (Chef or Other) has grappled with the perfectly easy to use gear knob on a Citroén 2cv. "Oh I used to have one of these!" they say. Really! 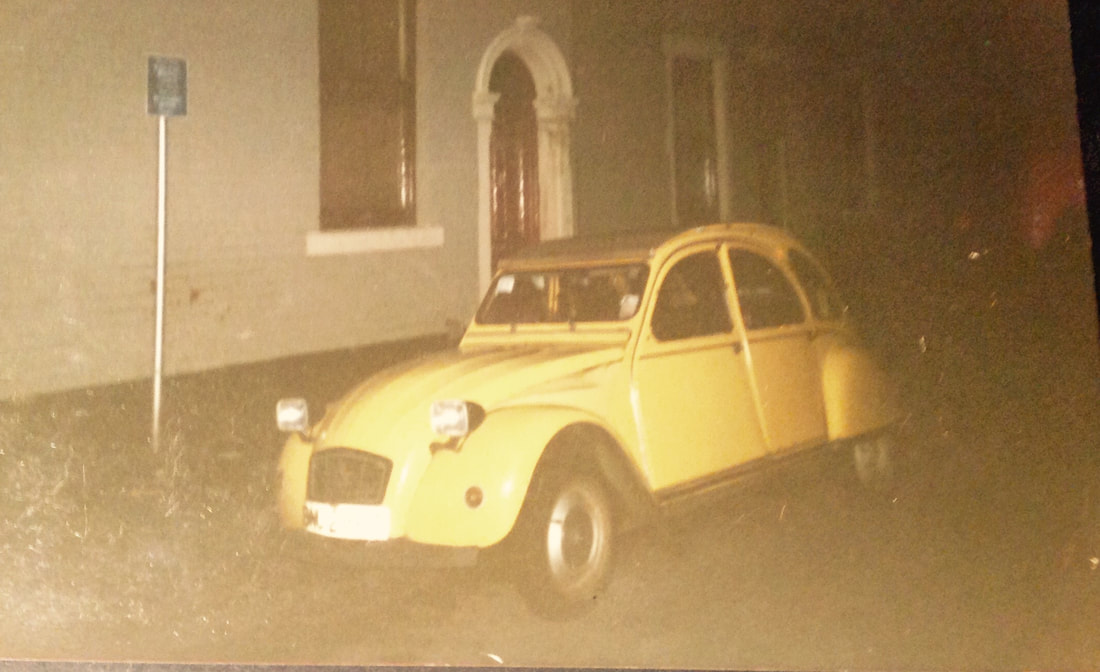 ah first flat and Charlotte x
Ok I am a little jealous because I sold my last one (of 2 & 2 Dianes) many years ago, sadly long before the classic car values included these wonderful cars.
Indeed in the chevron classic car corner for Citroén, when I was last driving around in 'Meredith' (1992) was the DS (Gallic Goddess) and the SM.
Many an afternoon I spent under the arches on Chelsea Bridge road (Retro-mobile) hanging my nose over a variety of DS's for sale.
My first 2cv was purchased in mmm, well around 1985.
My mates thought I was mad. My Dad thought I was mad! "Have you done the right thing son?"
Charlotte was a bright yellow T reg (79) vintage 2cv, and It was l'amour at first drive. Fortunately I had bought a looked after one, and Charlotte and I even left home together and moved into my first flat (£16.50 a week) well she stayed outside.
I should mention my introduction to Citroen Charlie at this point. Returning to my car one evening parked in The Trent Bridge Inn carpark  I found a flyer under my wipers.
'Charles MaHarry 602 workshop... Carlton Hill Notts...'
Sometime later when Charlotte was feeling a bit MOT ish, Citroen Charlie saved the day. It would be the beginning of a long relationship between me, Charlotte, Meredith, Citroen Charlie and King Pins Later my younger brother, and his friends all took their 2cv's to Charlie. 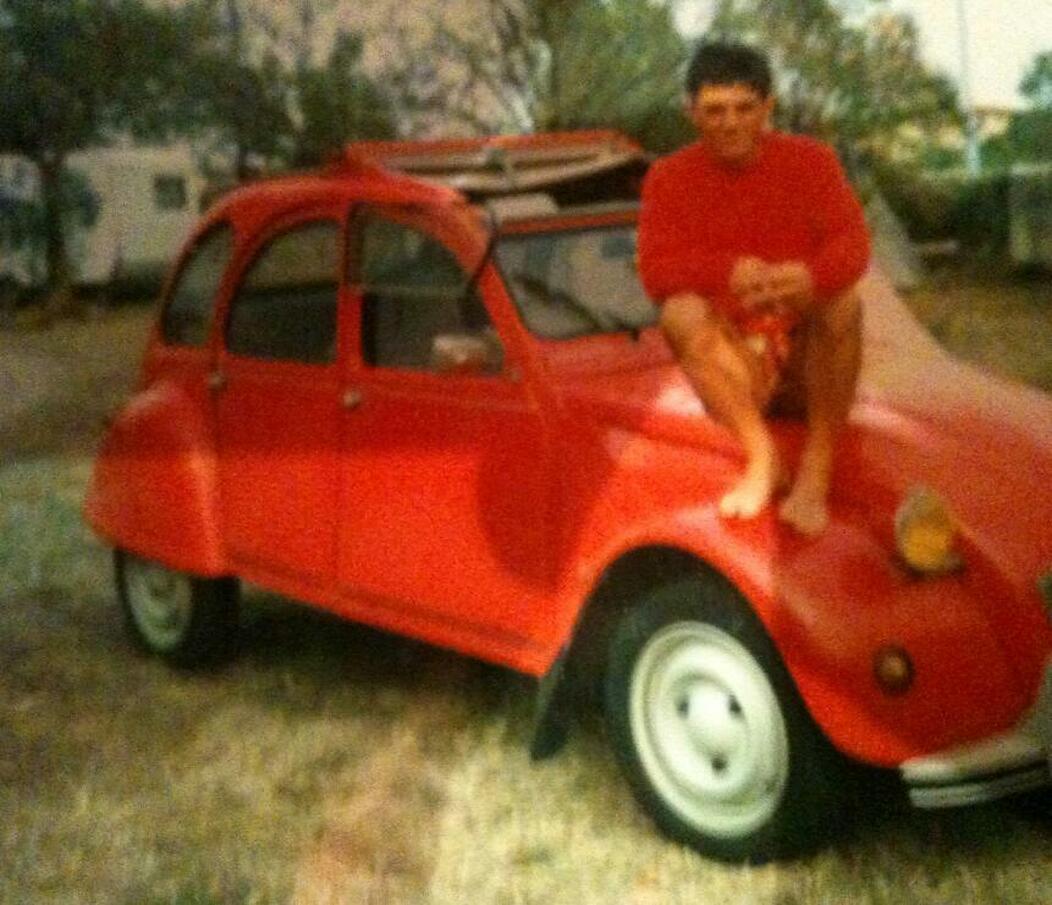 Camping in Cassis
We headed to Paris first, and then took the autoroute south, first visiting relatives in Bagnol near Avignon, and eventually meeting the Med and following the Riviera to Monaco.
share
​
google.com, pub-1336815800049544, DIRECT, f08c47fec0942fa0