We're looking forward to this one,
we'll be there to give you a full review if you can't make it but Try!
Tickets Above 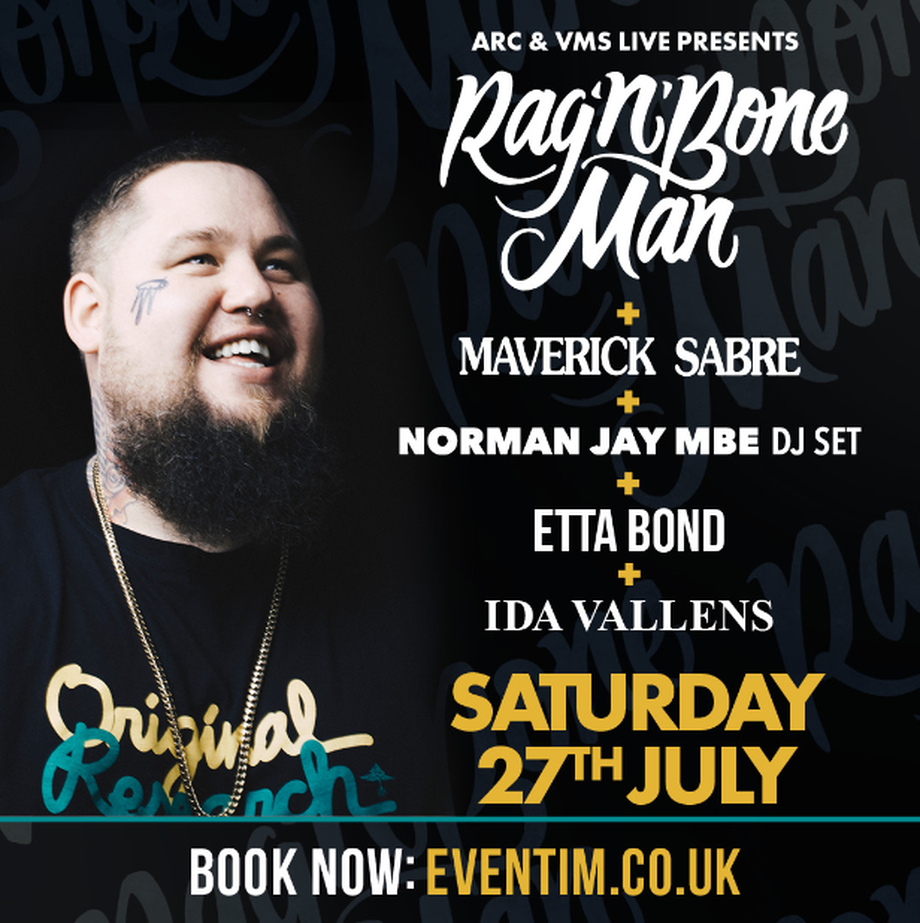 Rory Graham (Rag‘n’Bone Man) is an English singer-songwriter, known for his deep baritone voice. Form a young age, Graham has been involved with music; beginning his musical career as a rapping and singing member of Brighton’s hip-hop collective The Rum Committee. The releases of his solo EPs (Bluestown, Wolves and Disfigured) earned him huge crowds across the country, firming a dedicated fan base and industry recognition incredibly early on in his career
​
​Having won the 2017 BRIT’s ‘British Breakthrough Act’ and receiving the BRIT’s Critics’ Choice Award in the same year, Rag‘n’Bone Man cemented his success following the record-breaking release of his triple-platinum #1 album Human with a further BRIT Award for ‘Best Single of the Year’ with the title track (Human) in 2018. The album and its tracks have also been recognised internationally; earning Rory sell out tours and festival appearances around the globe as well as the accolades of ‘International Newcomer’ and ‘International Male Artist’ at Germany’s ECHO Awards and ‘International New Artist of the Year’ at Spain’s LOS40 Awards.
​