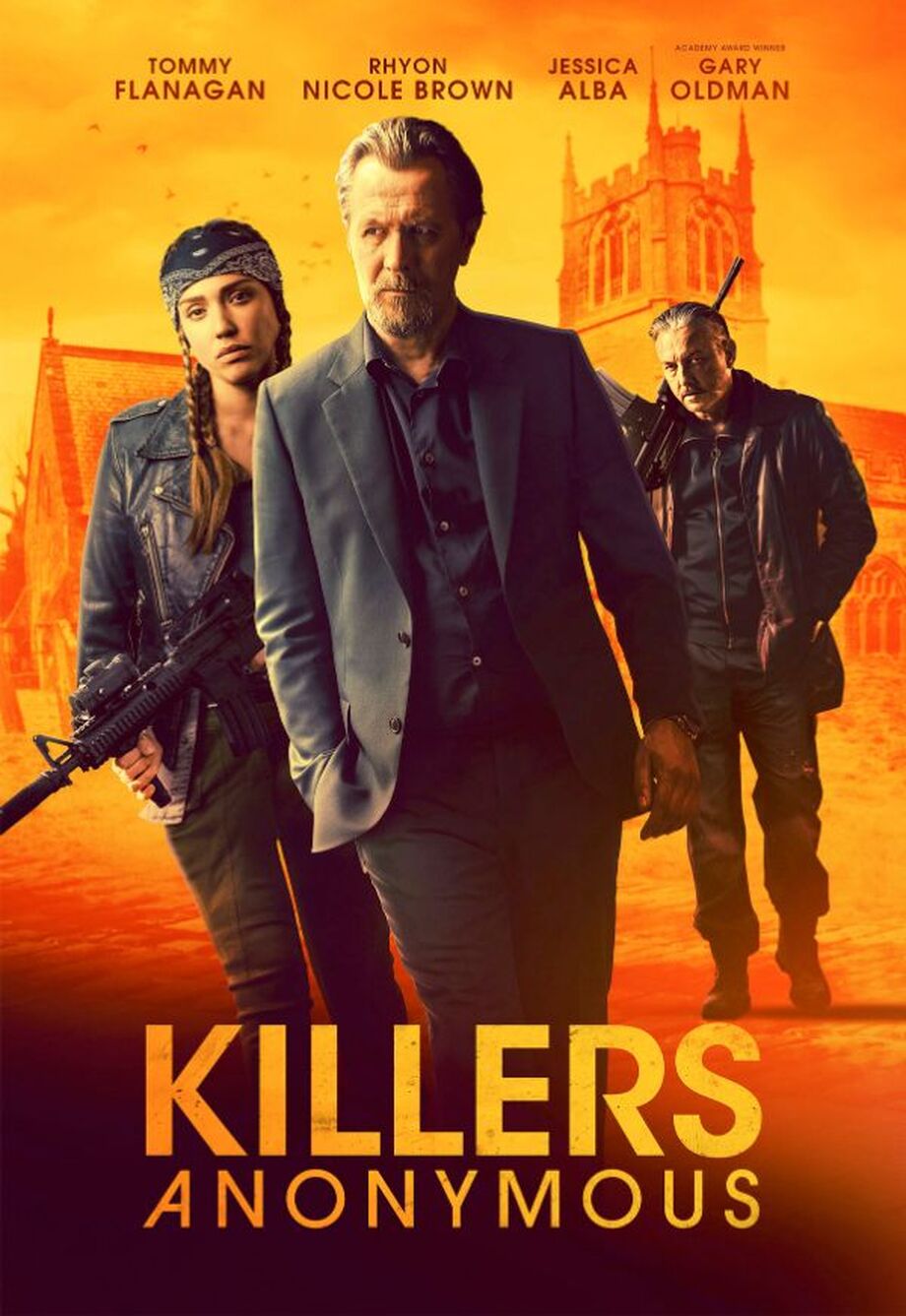 ​The Movie Partnership and Bird Box Distribution are excited to announce that star studded action thriller 'Killers Anonymous' will premiere at King's Cross Everyman Cinema on 27th August, with a special Q&A.
​The film will be released in selected UK cinemas from 28th August and will also be available on Digital Download, DVD & Blu-ray from 26th August.
The film includes a host of British talent including Academy Award Winning Gary Oldman (The Darkest Hour), Suki Waterhouse (Assassination Nation), Tim McInnerny (Eddie the Eagle), Tommy Flanagan (Sons of Anarchy), Michael Socha (This Is England), as well as Jessica Alba (Sin City).
A support group of killers is held regularly, the participants sit in a circle of trust and share their transgressions. On this particular night, the city has been rocked by the failed assassination of a Senator and the brutal and professional demise of his attempted assassin. A chain of events is already in motion, as the group congregates for their late-night session. The very fabric of the group begins to unravel, as one layer of betrayal leads to another. Welcome to Killers Anonymous. The meeting is now in session.
share
google.com, pub-1336815800049544, DIRECT, f08c47fec0942fa0