Thursday 19th December sees The Libertines play one of London’s most loved venues, the O2 Academy Brixton, for the penultimate show of their 2019 sold-out tour.
First up to support the band are Trampolene, fronted by Jack Jones. The Welsh three-piece have been supporting The Libertines on-off for the past three years (with Jack Jones even going on to join Peter Doherty & the Putas Madres). With this in mind, it is fair to say that The Libertines and Trampolene have become increasingly connected in the minds of many fans – and it is easy to see why. Trampolene have deservedly received much critical acclaim over the past few years, for they, like The Libertines before them, are trailblazing their own take on Rock n Roll. And the result is enchanting.
Trampolene’s body of work is a collection of roaring indie-rock ballads adorned with screeching guitars, slow-tempo whimsical melodies, and raw poetry spoken to soft backings of every-day sounds. Listening to their spoken-word poetry will have you giggling, gasping open-mouthed, and totally engrossed. Shocking you with bouts of uncouth honesty, humouring you with confessions all-too-much in detail, and captivating you with fresh and witty perspectives on pop-culture and society. 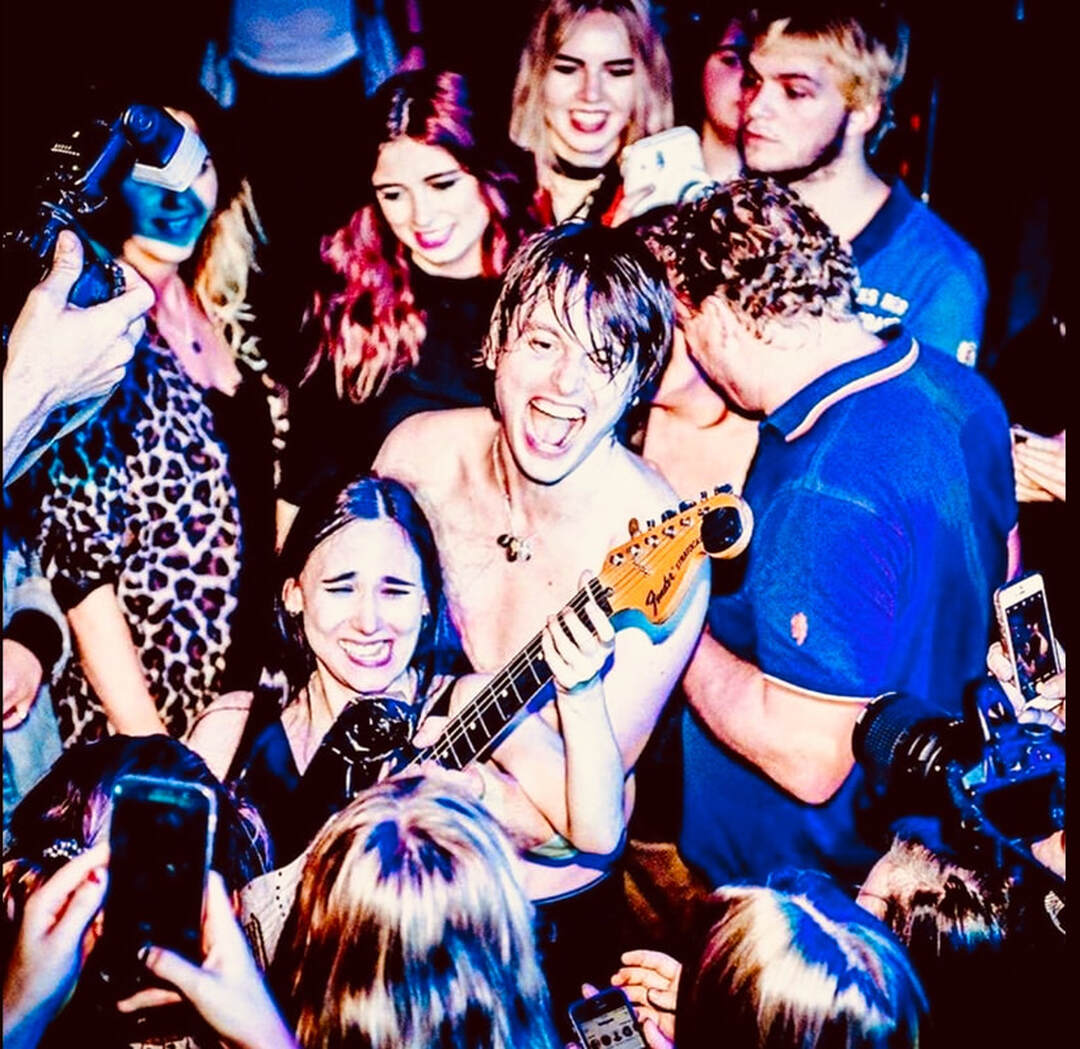 Jack Jones of Trampolene caught in his natural environment - best pp xx
​Their (Trampolene) set at Brixton is a great curation of these, performed with the kind of energy and impact one can only describe as electric. Beginning with an intro to Artwork of Youth, Trampolene then smashed through a number of hard-hitting rock ballads before delivering their iconic poem ‘Ketamine’ – much to the crowd’s pleasure. Their blending of Indie, Rock n Roll, and Bohemianism makes their set the kind of complimentary performance most support/main act relationships can only dream of achieving.
As the clock strikes half-past nine, The Libertines are due on-stage and the crowd grows restless in appetite. However, there is to be one more support act for the night, unannounced and undocumented on the bill, in the form of poet Luke Wright. In keeping with the spirit of Bohemianism, and beautiful mixture of Indie, Rock, and Punk, that infuses The Libertines’ mythic world, Luke Wright passionately performs Leftist, anti-Boris poetry. To which a great proportion of the crowd erupts in violent disapproval. Boos and overpriced-beers were thrown in abundance, coating the stage in sticky puddles and the atmosphere in a sinister aggression. It is hard to imagine that this is what The ‘don’t-let-it-be-the-Tories’ Libertines expected, and equally difficult to know what this reveals about their London (or post-election) crowd. Whilst one may shrug it off as representative of a nation tired and irritated by the last 3 years of intense identity politics, it no doubt shows a society that has emerged increasingly and passionately divided. It is sadly a warm relief when Luke Wright’s set ends, the stage is cleaned – cleansed – and The Libertines enter centre. 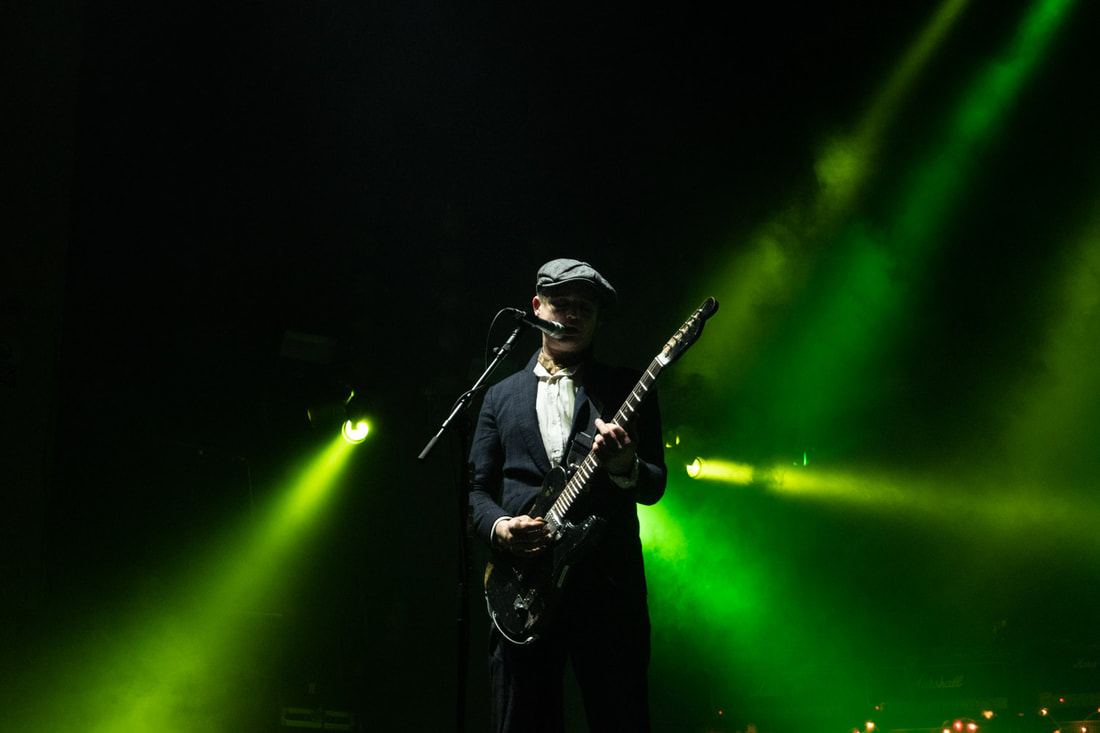 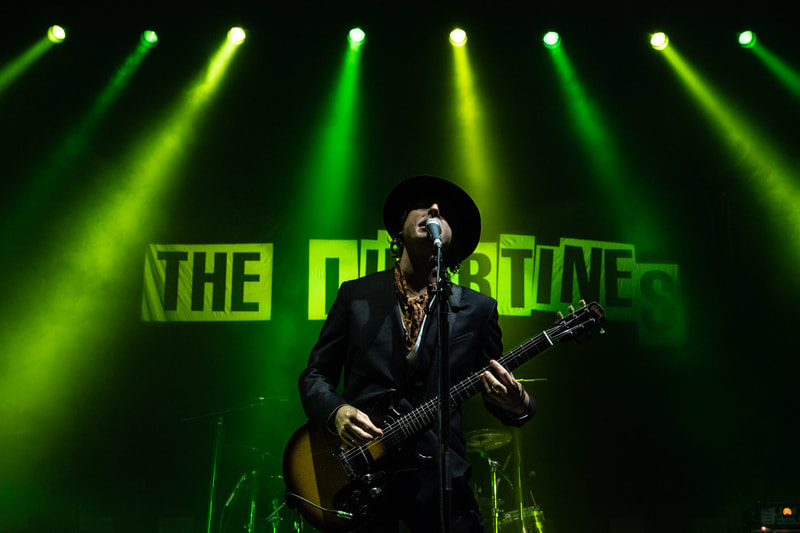 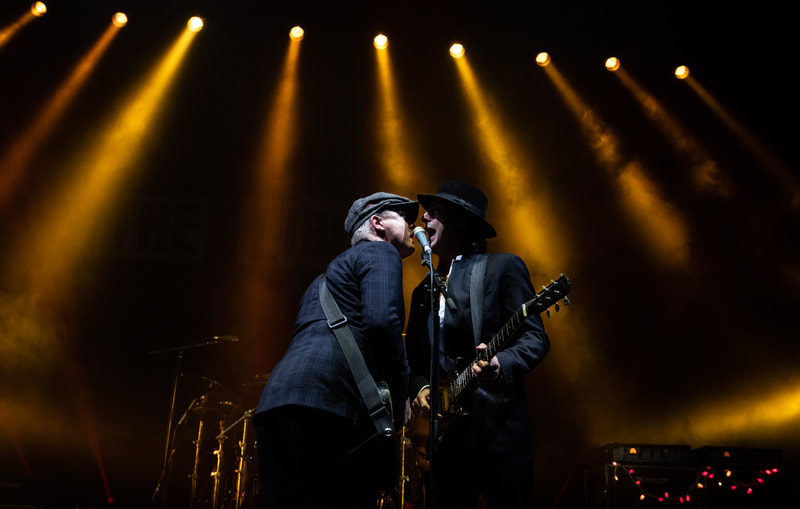 All faith is restored, and passions turn from sour to sweet. Walking on-stage to Vera Lynn’s dreamy wartime vocals, and bursting straight into power ballads The Delaney, Heart of the Matter, and Horrorshow, the quartet are finally here and as great as ever. Packing a great 22 songs into a 1h-or-so set they hardly stop for breath, let alone for audience participation. One cannot help but wonder if this is the crowd’s punishment for their earlier verbal abuse. Yet what they lacked in conversation they made up for in performance, polish, and tribute to golden songs often left on the shelf (The Saga, Last Post on the Bugle, The Ha Ha Wall).
Such masterpieces as Can’t Stand Me Now, What Became of the Likely Lads, and Don’t Look Back into the Sun (the finale) were given the gravitas they deserve, both by the band and the crowd. Each and every lyric exchanged simultaneously from artist to audience with a kind of intense appreciation I imagine makes the fame worth it. 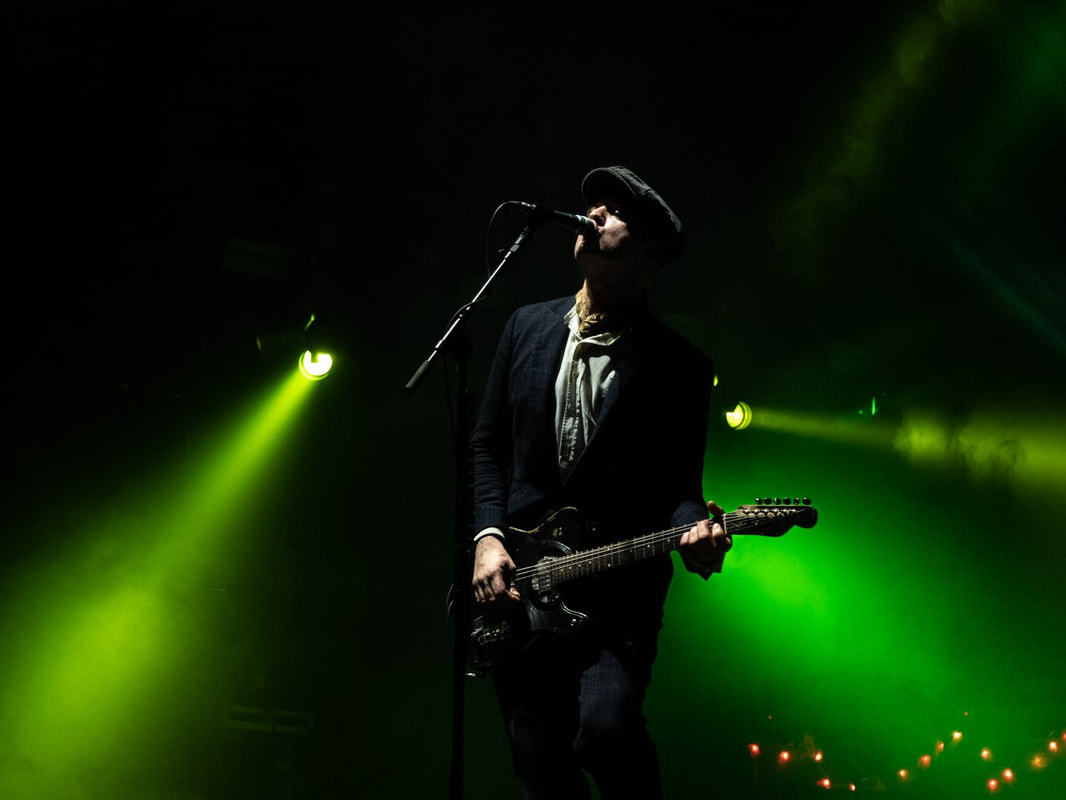