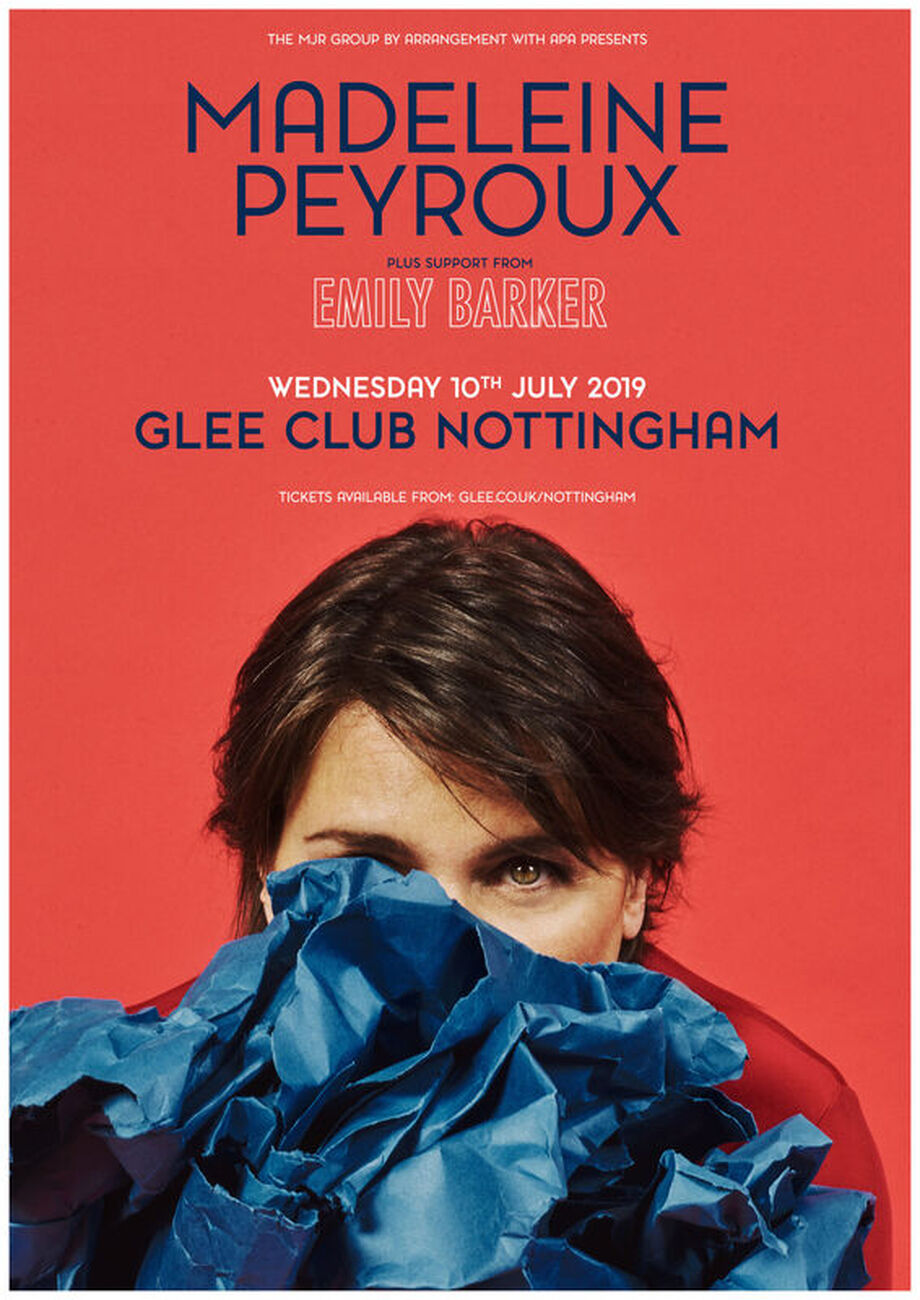 A pleasantly close summers evening in Nottingham gave the chance for me and Gina to chat about what we might be seeing that night as we cycled, en route to the Glee Club.  We were pretty excited about what we’d discovered about Madeleine Peyroux so far; a New York singer song writer driven by inspiration in artists such Leonard Cohen and present day global issues.
This sounded perfect to us especially with our thoughts in general focusing on plans for the future amongst the static noise of negative global politics and perpetual social crisis, Madeleine Peyroux may have just been the tonic we needed.
On arrival to the Glee Club we took our seats in the intimate theatre on the second floor.  It was clear to see that we were amongst a very knowing crowd.  A relaxed audience who were switched-on to intellect in arts – at least that was my guess anyway.  Our neighbours remarked on how the Glee Club “wasn’t quite the Albert Hall” where I assume they had seen Peyroux before; and they were right, we were sat less than 10 meters from the stage and all of the best shows that I’ve seen have been in venues this size or smaller, audience and artist to be sharing the same space. At the same time I was quite stuck by the thought of this very artist playing in the grandeur of the Albert Hall, this without a doubt added to the anticipation of the night, together with the buzz of the brimming room honing in on the upcoming entertainment.

"At times playing ukulele or guitar, singing in French or English with her New York accent Madeleine Peyroux perform an accomplished, inspiring and energising show, songs which contained lament, and at the same time, enduring, positive whimsy.  Fun, upbeat and motivating, this was a fantastic show! Thanks once again to the artists and venues – where would we be without them?" 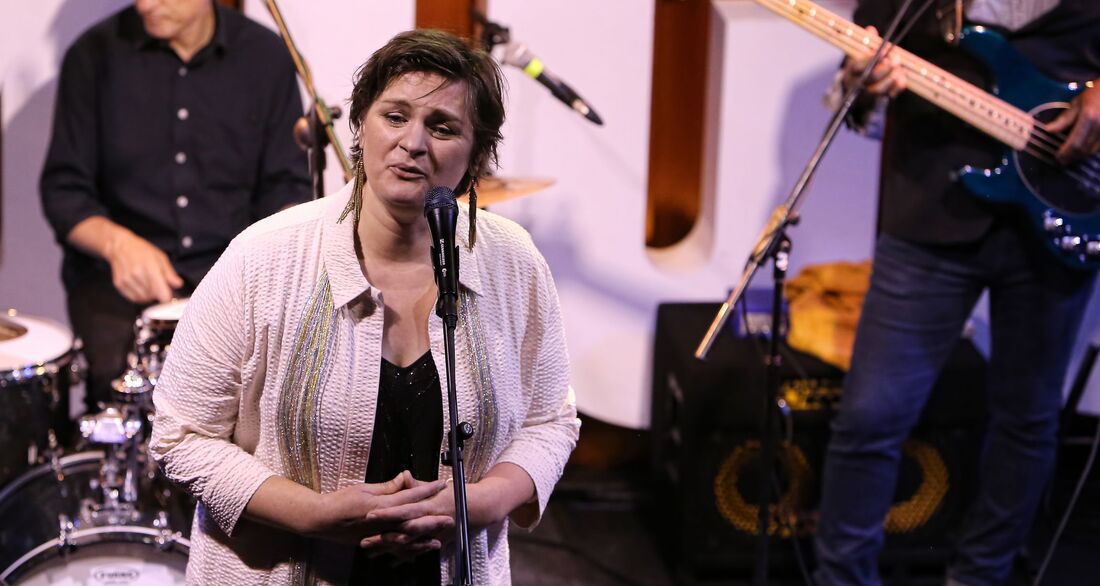 Photograph by Kevin Cooper - Link Madeleine Peyroux.com
Madeleine’s support was Emily Barker, born in South West Australia and now lives in the UK. Amazing!  She delivered a brilliantly composed and precise solo performance, taking time to speak in between songs a bit about her inspiration and journey as an artist.  Notably after playing at a house party in London she was asked to re-record one of her songs Nostalgia for the BBC series Wallander staring Kenneth Branagh, pretty impressive and must have been super exciting at the time.
With vocals like silk, Emily Barker had a truly powerful and encompassing range.  Each song took us on a journey which seemed to develop infinitely like a precisely connected constellation.  Her lyrics created imagery and momentum where the sum total of the songs that she had constructed were joyfully equal to all of their intricate parts.  As you can tell I was thrilled, as was Gina – passionate and enduring musicianship with zero pretence. 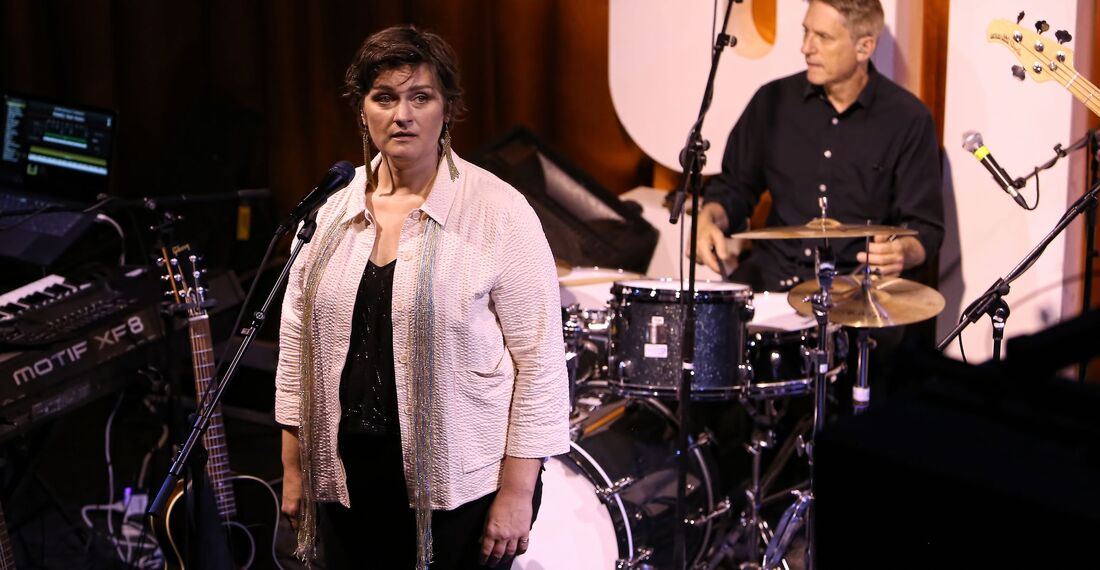 Photograph by Kevin Cooper
After a short break, Madeleine Peyroux came on with her full band, drums, bass, guitar and keyboard, this was full Jazz, low and laid back.  With an instant connection to the audience Madeleine expressed an upbeat, positive and captivating sound.  The tone of her voice was so welcoming, she sang with her head tilted back away from the mic to reveal her seemingly effortless and fluid vocal style.  From the outset the audience received a heartening wave of energy, whisked into the connective fold of Madeleine’s charismatic embrace. Between songs Madeleine jovially toasted the audience while drinking wine and giving us insights into her writing and personality, “it’s not supposed to make sense” she said, “if you can’t use blue, use green”, a truly endearing sentiment passed to her by her father – very Jazz.
I was so excited by the show, the band were fantastic with the expected level of great musicianship, each player having their time to shine.   I was interested when Madeleine introduced one of her songs as being influenced by Donald Trump and although the crowd gave no reaction to this, nevertheless up beat, there was a welcome understanding that she was not in favour.
At times playing ukulele or guitar, singing in French or English with her New York accent Madeleine Peyroux perform an accomplished, inspiring and energising show, songs which contained lament, and at the same time, enduring, positive whimsy.  Fun, upbeat and motivating, this was a fantastic show! Thanks once again to the artists and venues – where would we be without them?
Mikey Cottle
​