"Former 'Men at Work' frontman, Colin Hay, is a multi-talented singer/songwriter and an accomplished musician. Hay's work has featured in TV shows and films alike, most notably Scrubs and Garden State, and his one man stage show Colin Hay: Man at Work was a great success globally. Hay has a great talent for writing songs that everyone can relate to, often autobiographical, and dealing with themes such as aging, dreams and maturity, that is what makes him such a versatile, and well liked musician."

All Photographs © SophieSheehan Photography
June and July 2019 see Colin Hay reviving Men At Work’s music material for a tour of shows across Europe. Friday 21st June saw Hay taking on the stage at London’s O2 Shepherds Bush Empire for the second of the tour’s dates – and what a show!
Famously ever-changing in its band members and formation, Men At Work’s June/July 2019 Europe tour did, of course, not consist of its original nucleus of members. Instead, this tour sees founding member Colin Hay (lead vocalist and guitarist) performing the original band’s material with a new assemble of LA-based musicians he has worked with and befriended in recent years. The result of this new assemble was an eccentric, energised, and highly enjoyable performance.
With six members in total (including Hay) the stage was well-and-truly full, both in space, in energy, and in sound. Think: three guitarists; one drummer; one lead vocalist; one flute/saxophone/keyboard player; and one tambourine player (and fantastic dancer)!  The intensity and variety of musical instruments recreated the fantastic high-energy sound/feel of the classic much-loved Men At Work material, the kind of sound that oozes the feel of summer and sunshine, and you cannot help but dance to. 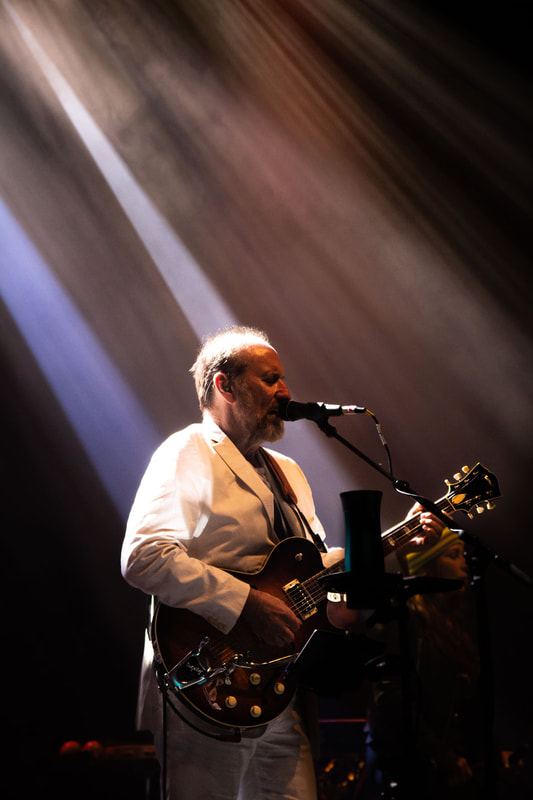 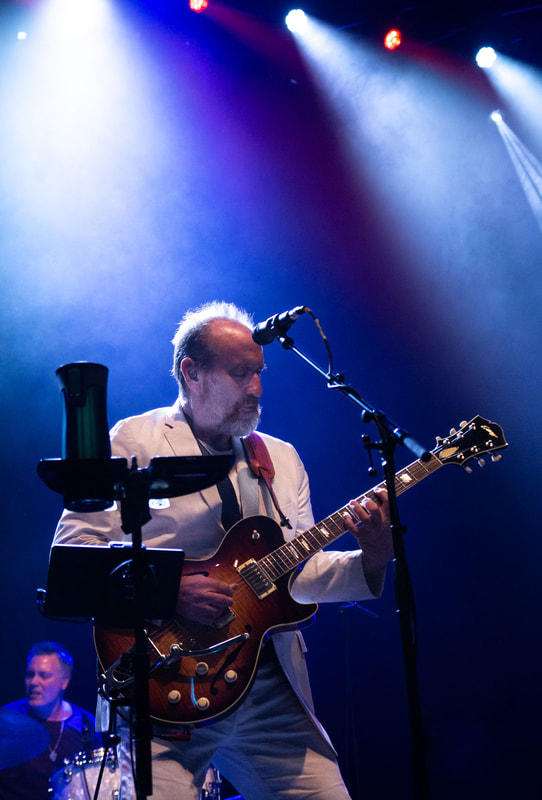 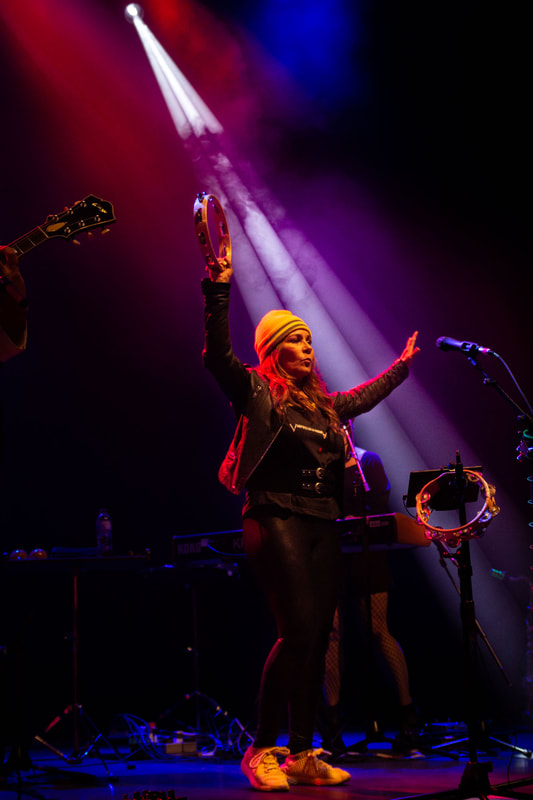 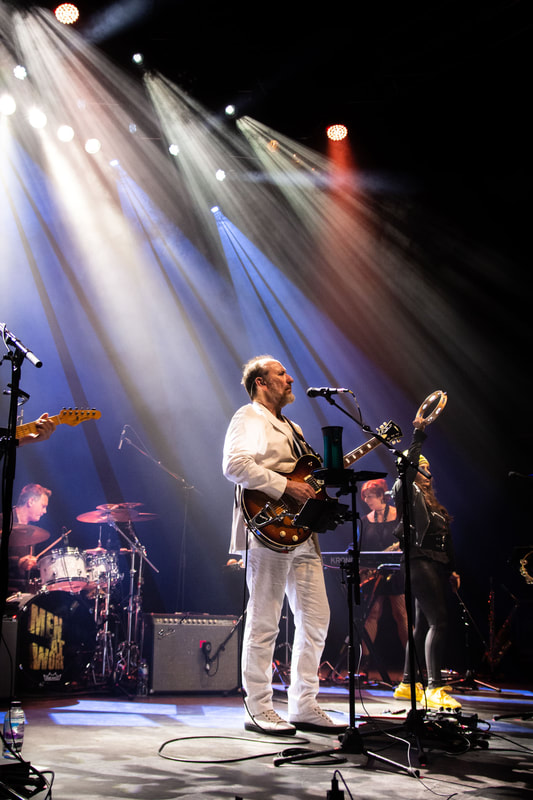 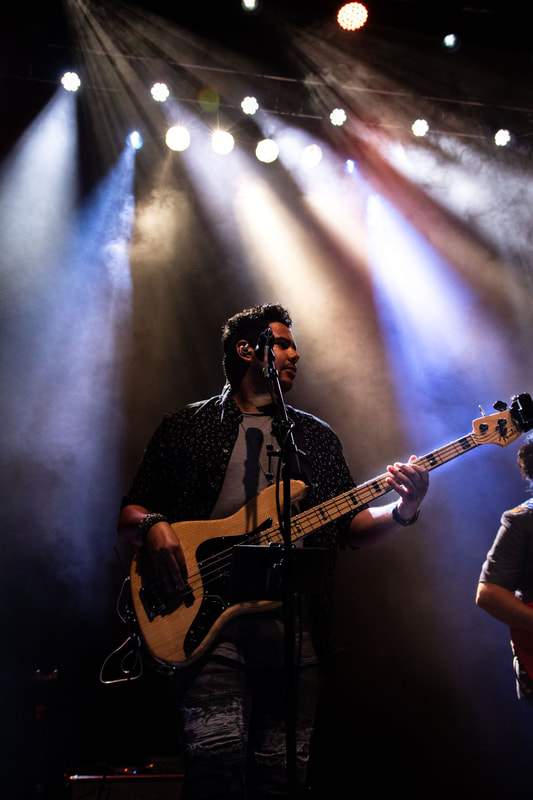 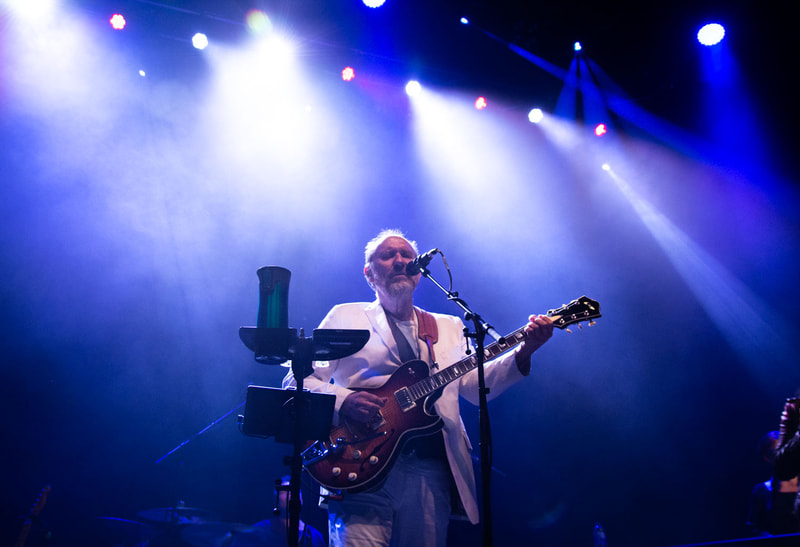 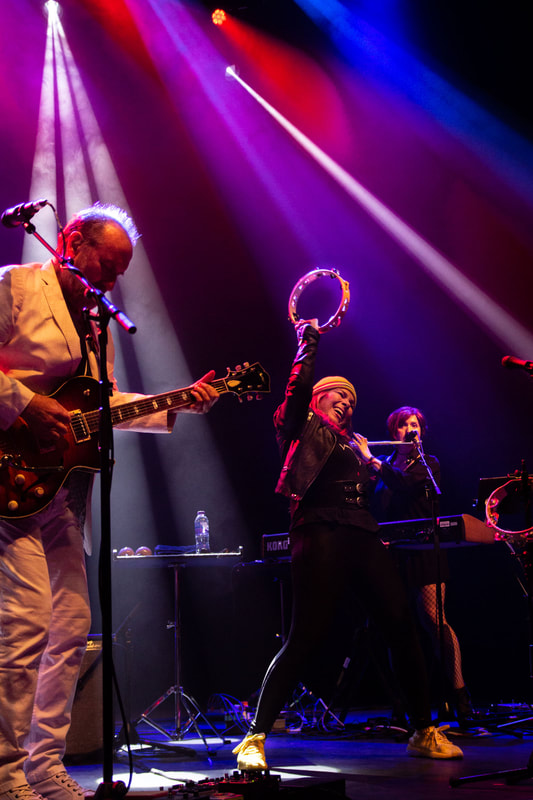 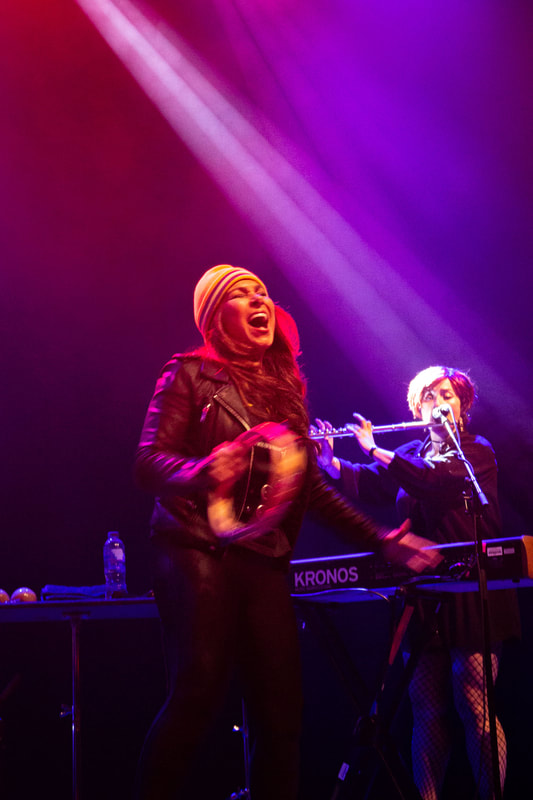 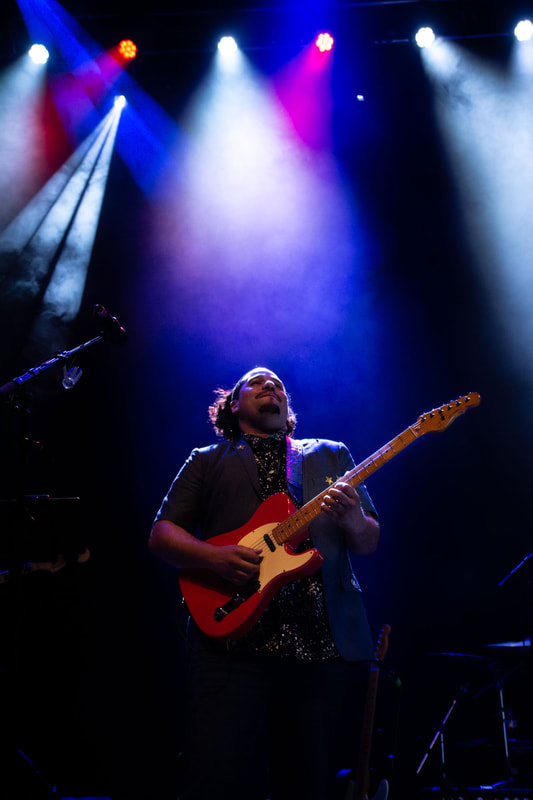 Speaking of dancing… the band’s tambourine player bought total joyfulness and performance to the band’s show. Combining her tambourine with backing vocals and the kind of hazy, impassioned dancing you normally do when no-one’s watching, she radiated happiness and celebration – which acted as a kind of mirror: reflecting and reinforcing the audience’s own enjoyment and celebration of the band and music before them.
Colin Hay was certainly right when he wrote that the ‘audience’s appetite for those old (Men At Work) tunes is insatiable’ – for the venue was filled with an audience who loved and celebrated every minute of the gig.
Sophie Sheehan 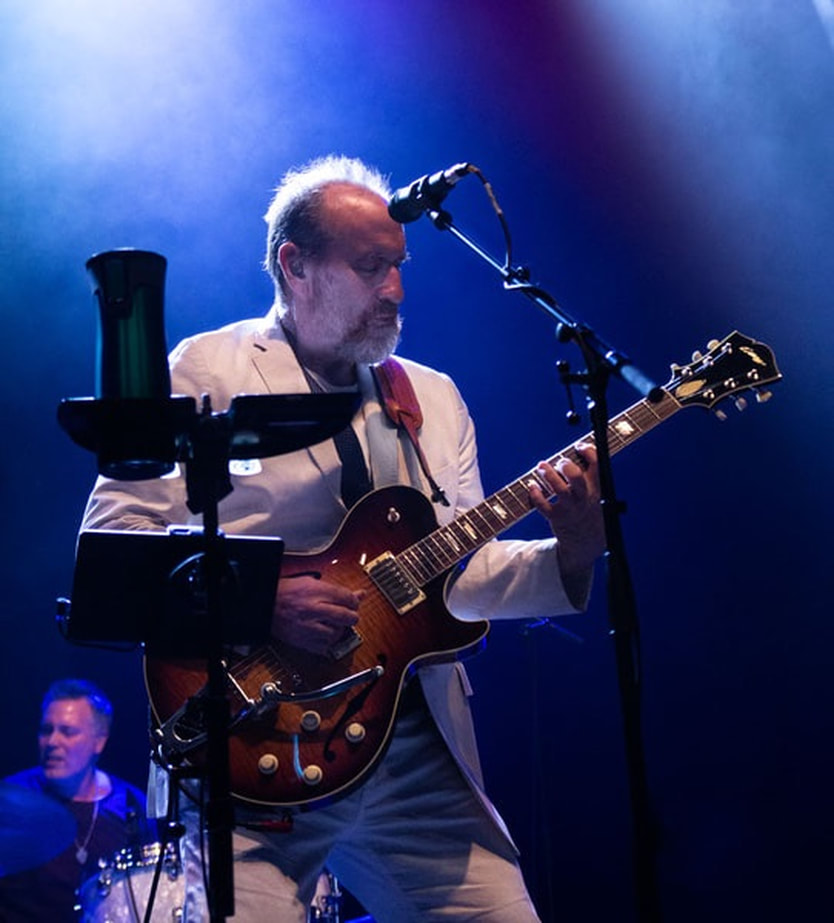