Some Amazing Albums/Singles from
March/April 2018 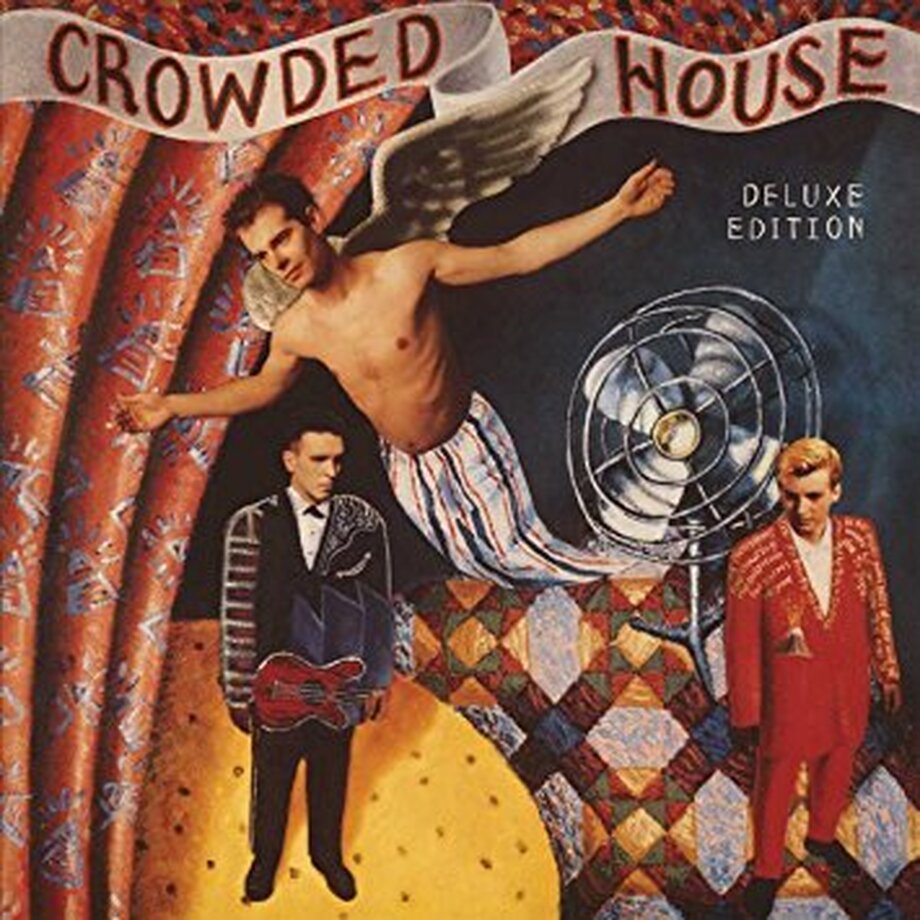 This was supposed to be about the new delux Crowded House album, but I just got reminded of Woodface the un - delux version.. and well it has too many memories. I'd split up with Esther my wife and my mate Jason who had just split up with his wife would play it at full volume in his soft top Porsche as we cruised around Nottingham and into Derbyshire crying ..I'll leave it with you - pauliepaul 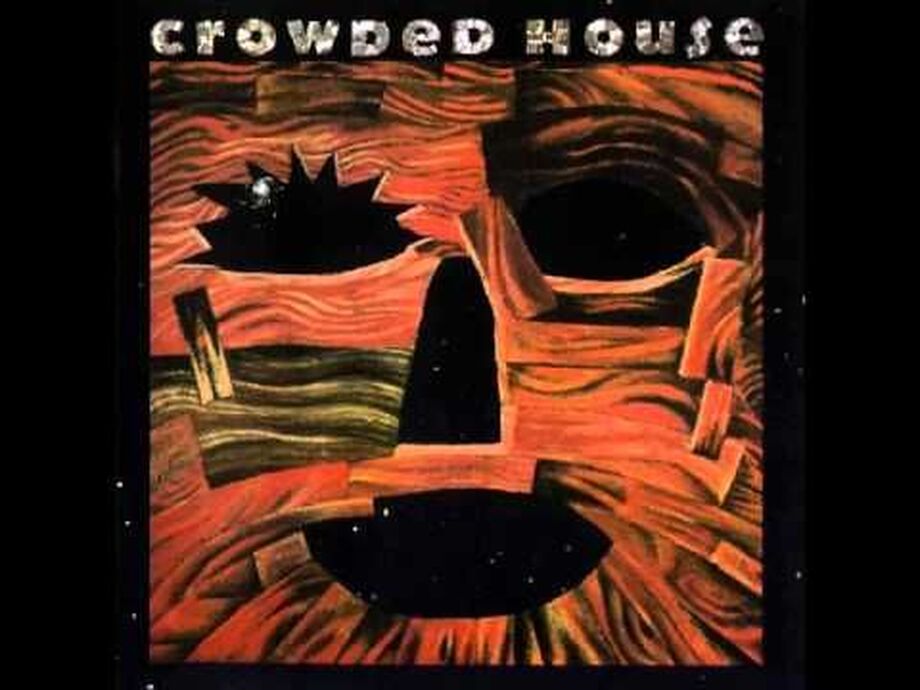 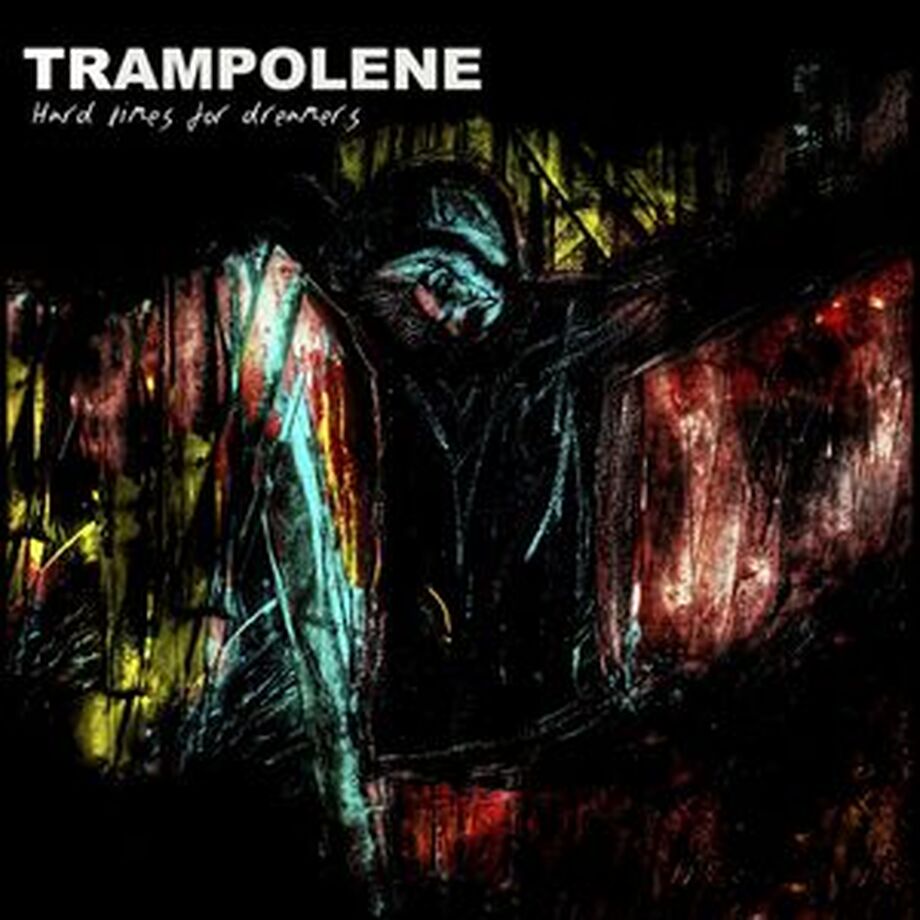 New single from Trampolene - 'Hard times for dreamers' and i'll vouch for that! National tour almost on top of us dates and places on Phacemag front page. Great artwork by Wayne Thomas -  (bass Vocals) 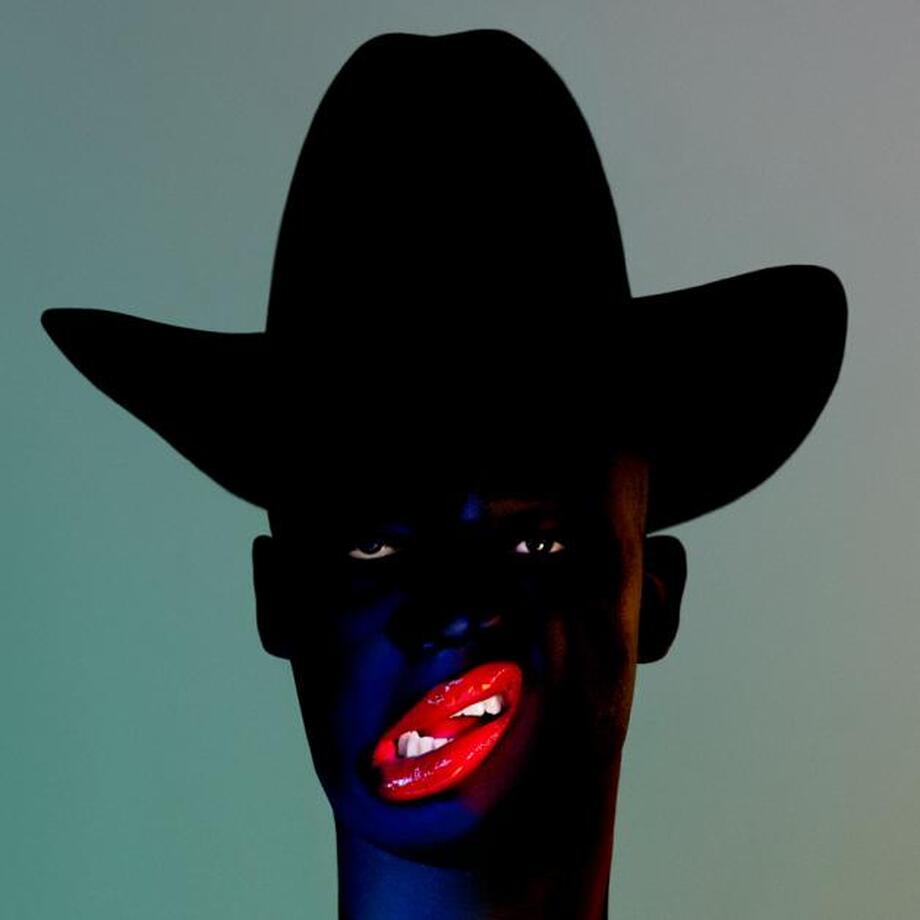 young_fathers.com
Oh Well yes! Just picked this up sorry but thanks @quibellpaul very exciting. Not even had chance to ...love it! -pp- 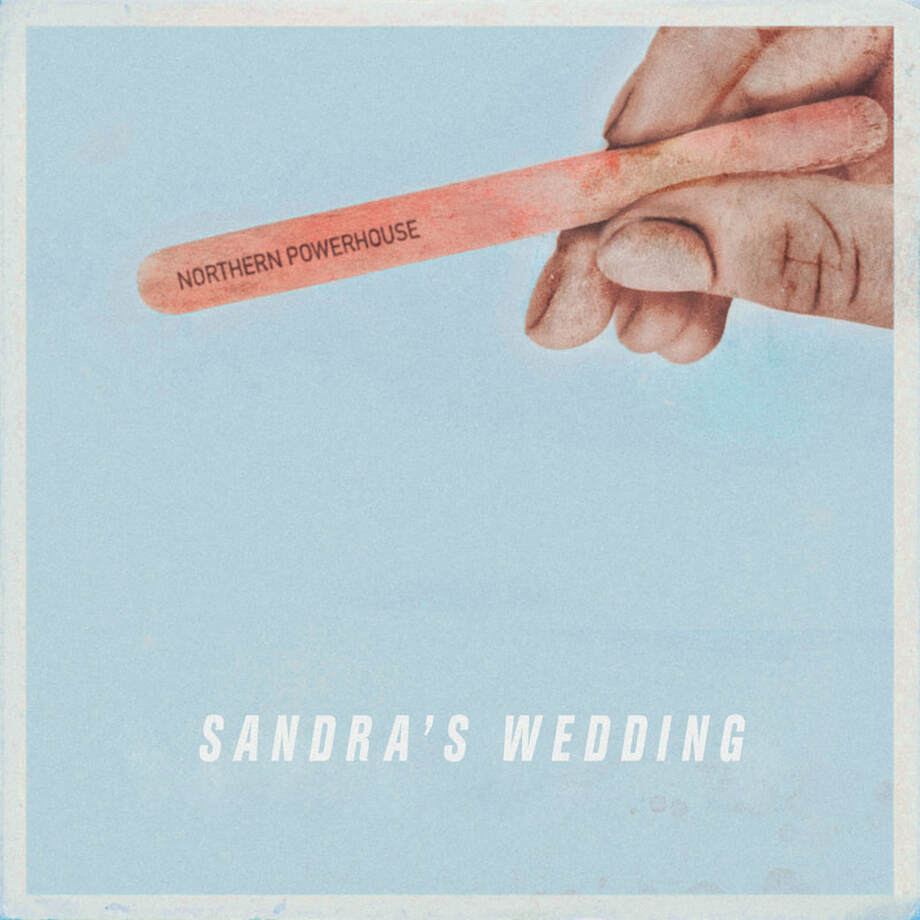 redsoapbox.tumblr.com
Ok the name of this band rang a bell, a month or two ago I listened and I wasn't sure... but now i'm still not but I can't not like this album. It's full of the sounds of bands I loved, still love - well you can spot those.. but I just don't care now, what go's around..as they say. What did it though, what swung it was the video - I present Hollywood and I love this - pauliepaul

​I'LL BE YOUR GIRL - THE DECEMBERISTS 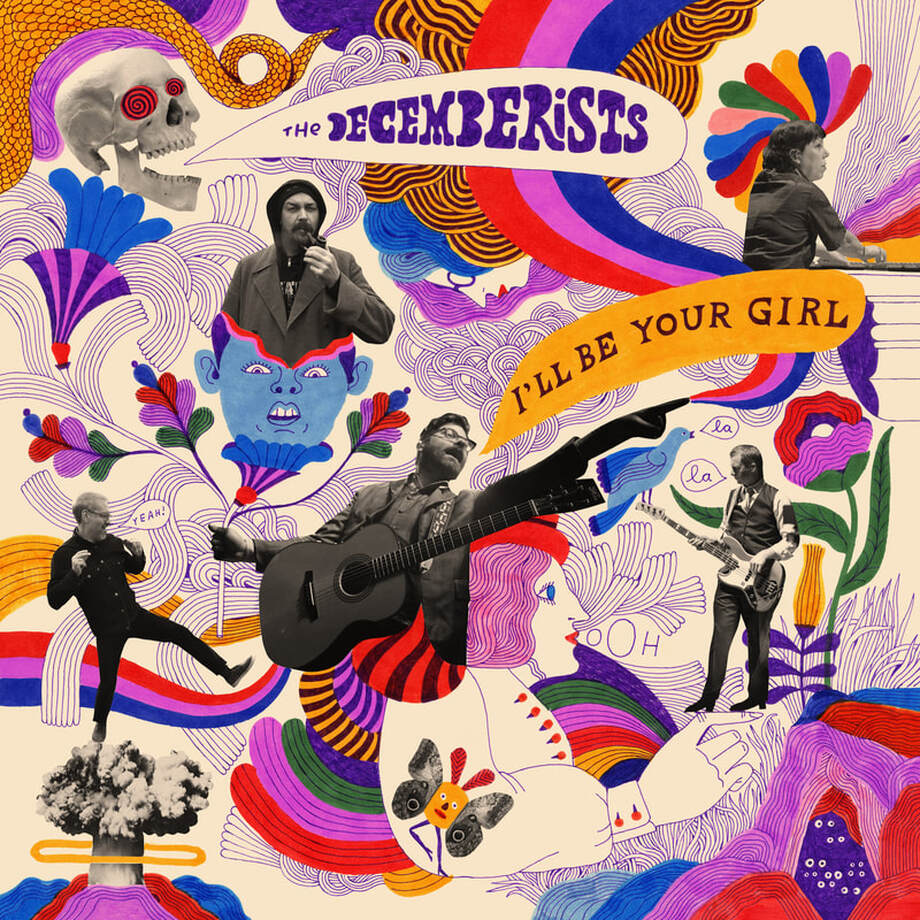 TheDecemberists.com
"The Decemberists are an American indie rock band from Portland, Oregon. The band consists of Colin Meloy (lead vocals, guitar, principal songwriter), Chris Funk (guitar, multi-instrumentalist), Jenny Conlee (piano, keyboards), Nate Query (bass), and John Moen (drums).
Their debut EP, 5 Songs, was self-released in 2001. I'll Be Your Girl is their eighth album, it's release is imminent... "
I have to thank my friends @Tahoeonstage for reminding me of this one.  Along with a fantasic new album the band are playing in Lake Tahoe this summer as part of a massive tour which will get to the UK in November! I love what I've heard of the album and have definitely put the London date on the Phacemag office wall! -
​All tour news behind album cover link - pauliepaul - 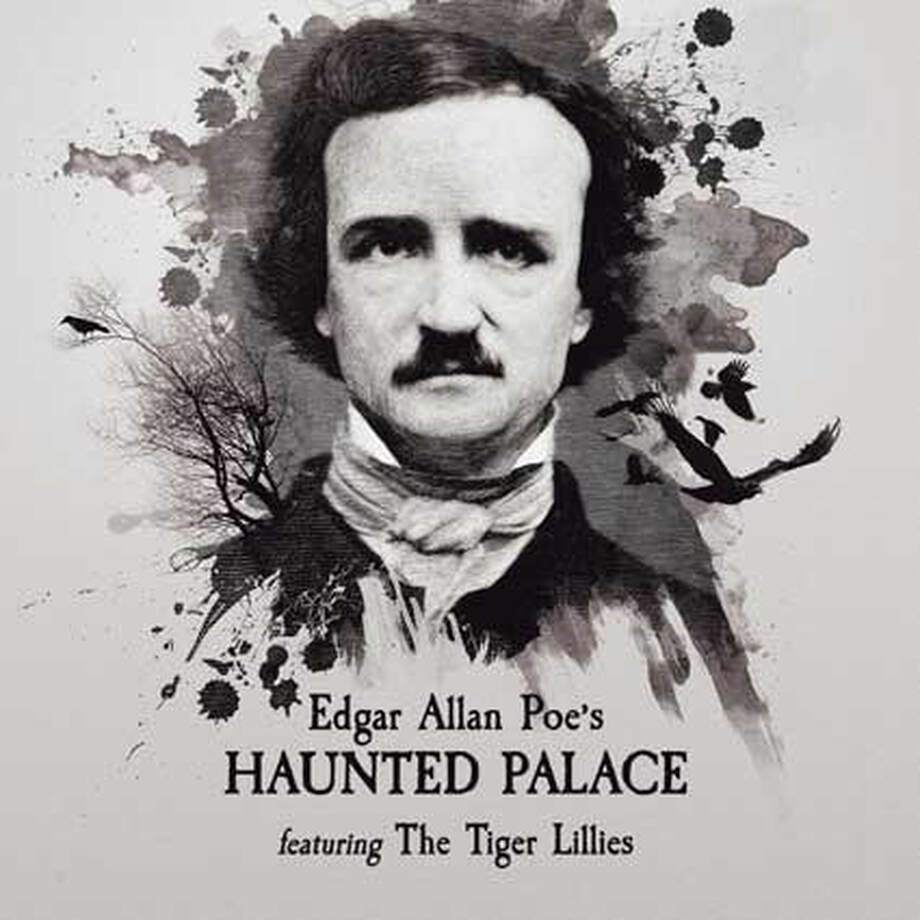 Tigerlillies.com
I have been feeling a little flat lately, fran is in France and I had to do some work... This Album though! It just got me, this album started my laptop! Such musical brilliance along with certainty about what you do is ... this is what I'm talking about, music is taking over, that go's for all the albums here! Love you - pauliepaul x 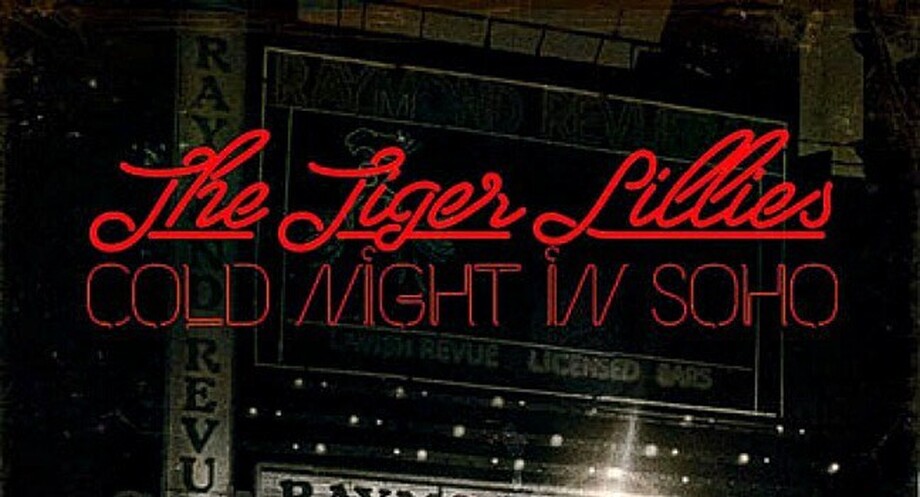 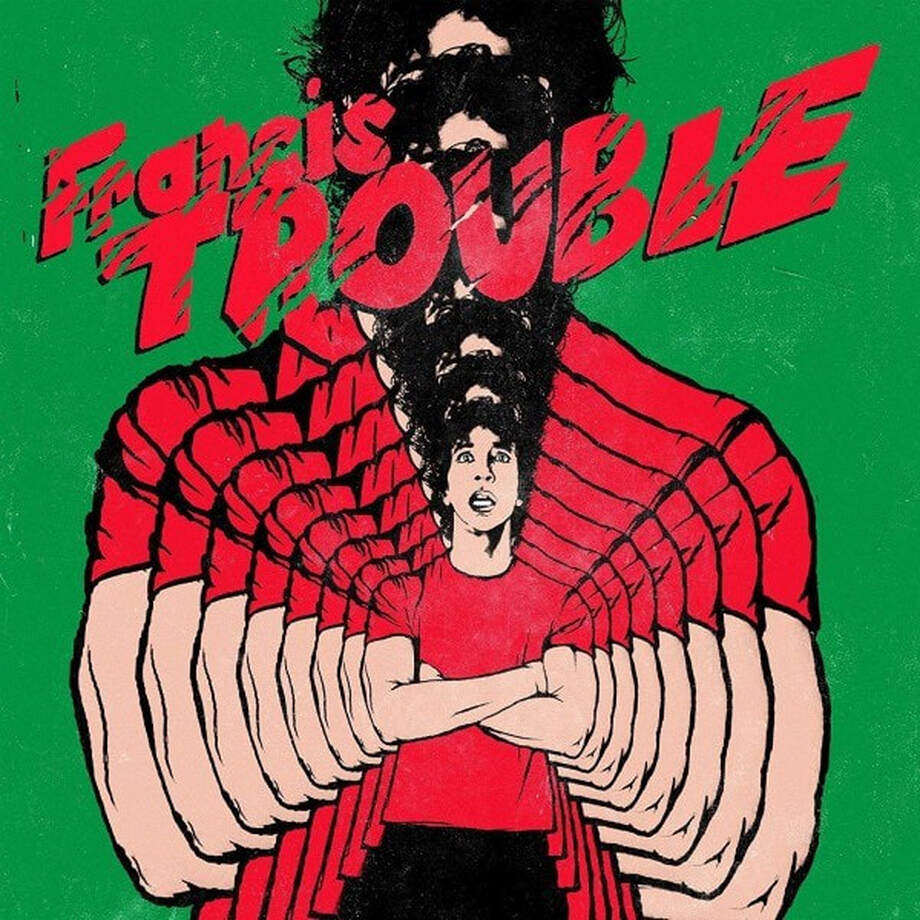 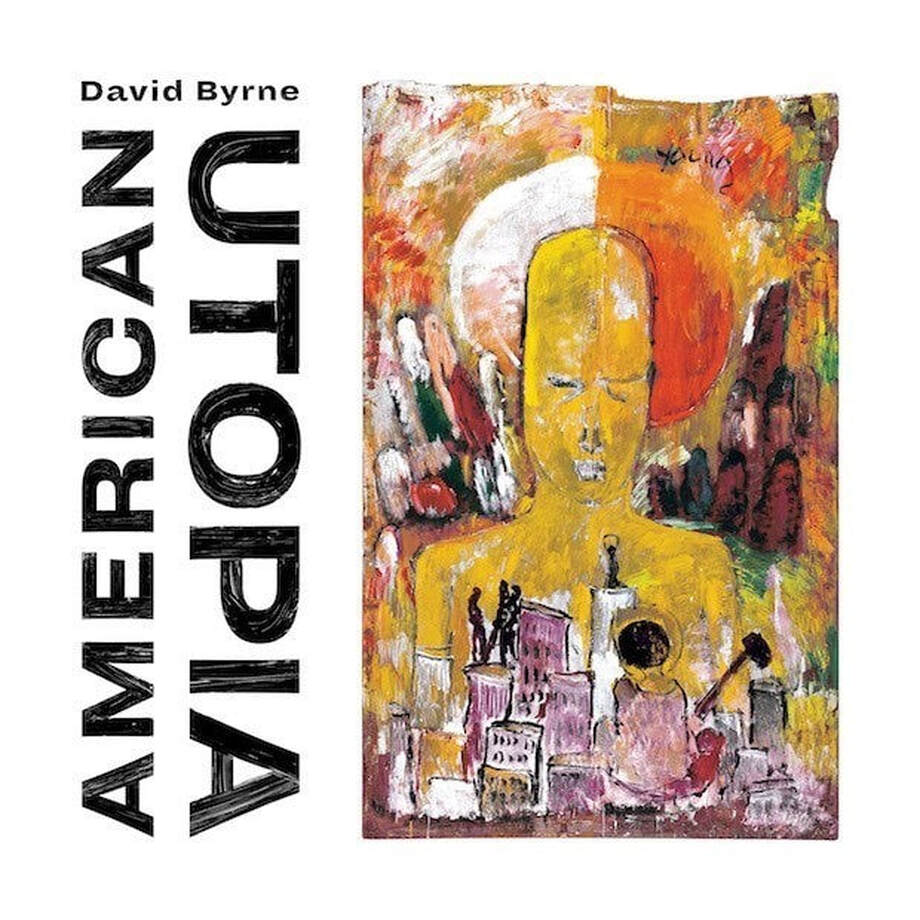 "We're only tourists in this life, only tourists but the view is nice"
​What do you think I'm going to say?  Brilliant? Fantastic? - yep -pp- xx 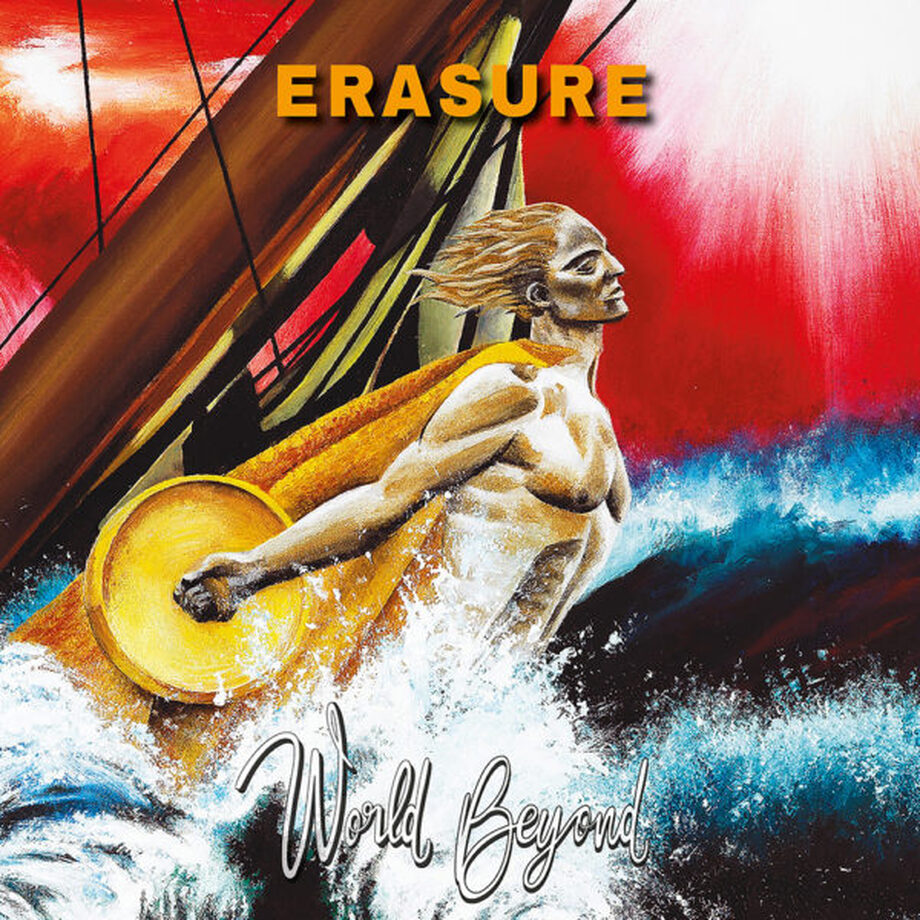 Erasureinfo.com
Astounding, I’ve only listened to the preview but I had an epiphany on a great scale. Ok here I go, we are about to enter a golden age of music! I’m convinced, the things that have had to be done, the marketing, the stars on compilation, the £ factor. Well, I suspect it may have played its pointless profit before anything last hand. Maybe the freedom of music has finally released it from the profiteering record labels to the point where we see talent rise to the service un shackled by corporate companies conning … well help me… creative …
What I’m saying is …. Or was it a dream….LOVE your songs Erasure xxx –pp-

​EVERYTHING WAS BEAUTIFUL AND NOTHING HURT 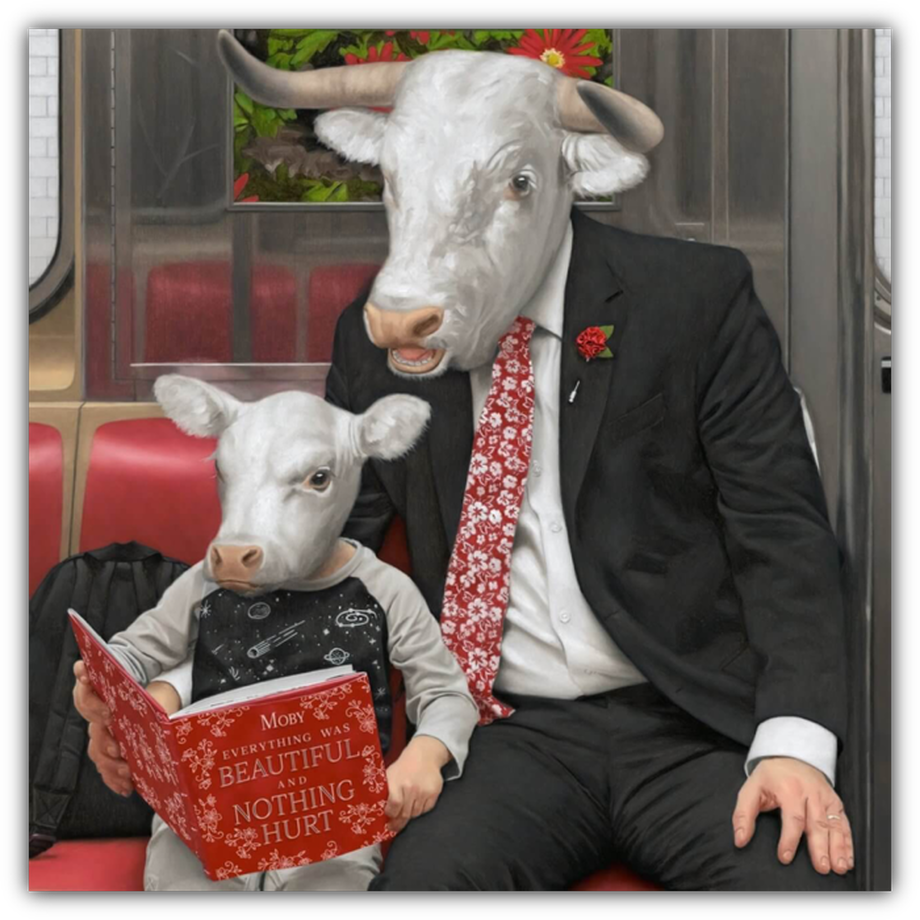 Moby.com
Oh wow, out of the frying pan and into .. well brilliant we think. This return to Moby combining electronic with orchestration brings us into the light for a few minutes but can it last? Tune in next week..will the gospel choir get out of the crypt, was everything really beautiful?
This album is genius! If you took it onto a desert island you could play it for a year on repeat and not get bored unless you were as shallow as a cup of tea. So scratch most of you...
​Moby has relaxed into not only making the best record he has ever made, but also making the most complicated simple deep collection of songs you can listen to on your wedding night or just before you kill your 30th victim with a length of spanners. And that's all I'm going to think out loud again?!  -pp- 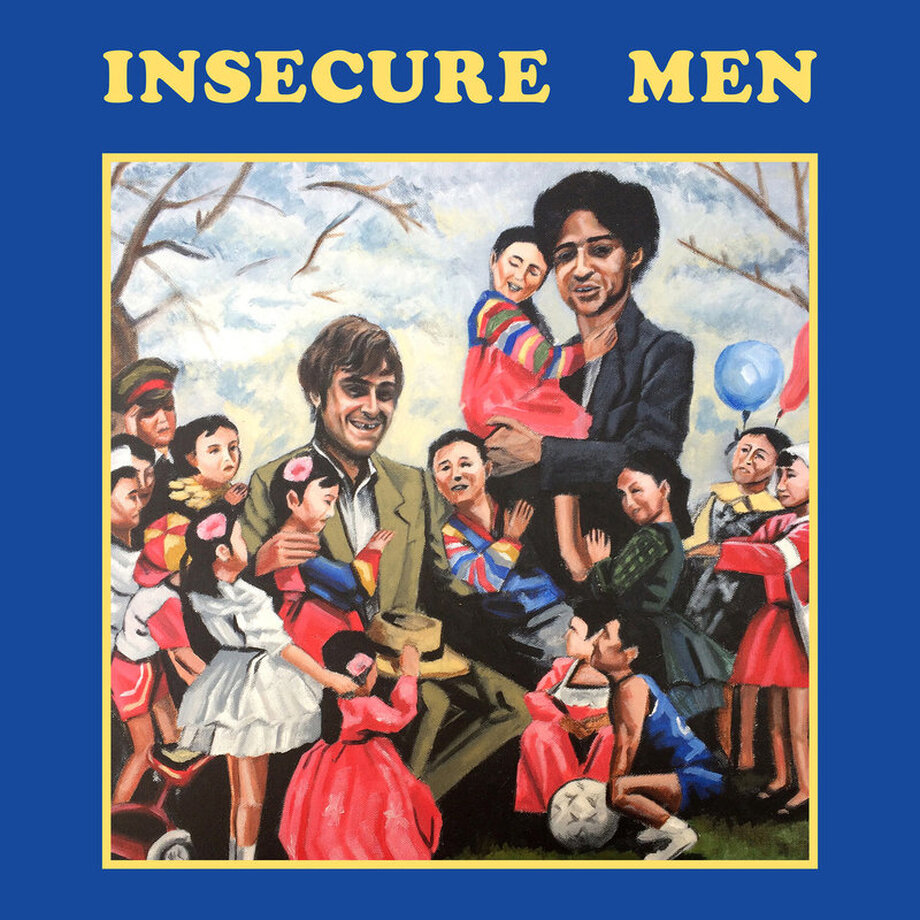 In January 2017, Adamczewski formed the band Insecure Men with Lennon (guitar), Ben Romans-Hopcraft (bass), Jack Everett (drums), Jon Catfish de Lorene (keyboards) and Alex White (saxophone).
Couldn't put my finger on why I liked this album, I hadn't heard any of Saul's earlier work with his former bands. Then it came to me.. The Some Bizzare Album! That is a compliment - Tim Sim
​ 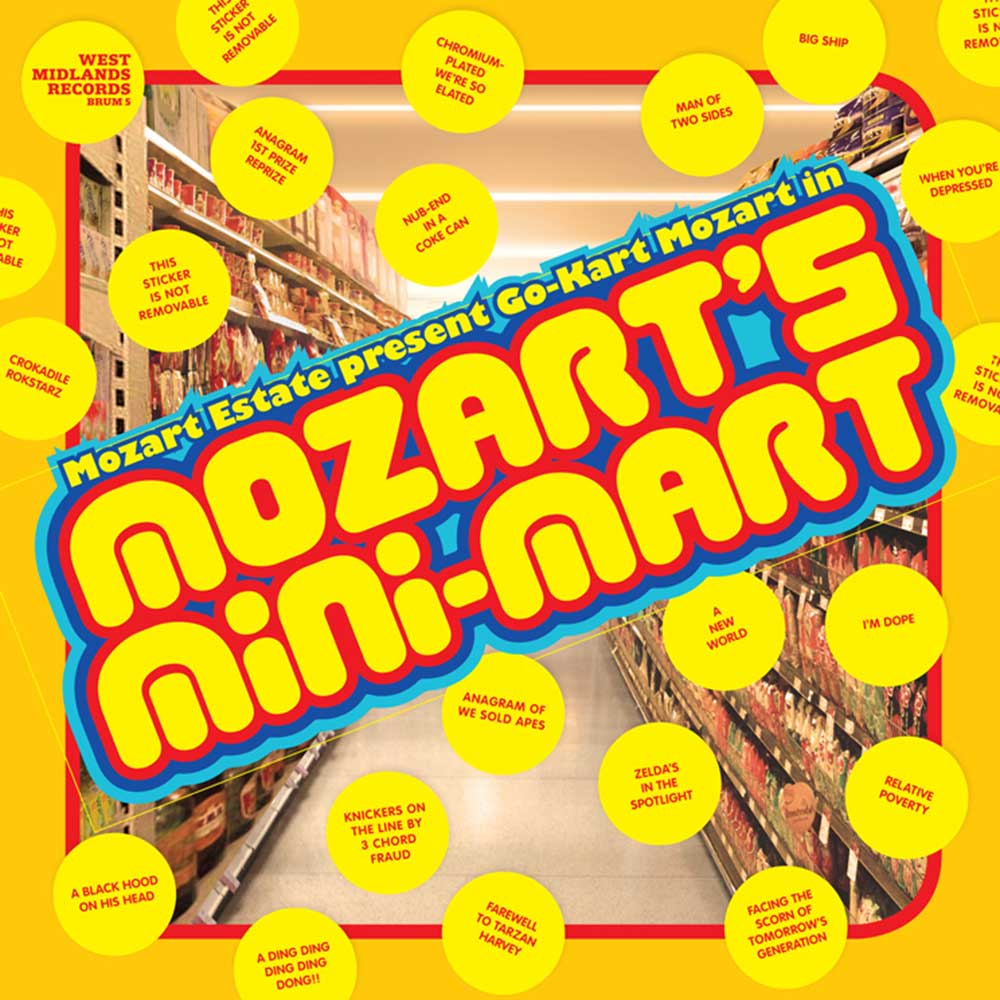 "Mozart Estate Present Go-Kart Mozart in Mozart's Mini-Mart (shortened to Mozart's Mini-Mart) is the  fourth studio album by Go-Kart Mozart, the musical project of former Felt and Denim frontman Lawrence. It's released on West Midlands Records, a subsidiary of Cherry Red.
The album was originally envisioned by Lawrence as a mini-album, and was intended to be a companion piece to the band's previous album On the Hot Dog Streets. However, the mini-album was never completed in time, and has now been extended into a 17-track full-length album. The album was produced by Ian Button, formerly of the band Death in Vegas. The album's release also coincides with the remastered editions of the first five Felt albums by Cherry Red on CD and vinyl."
I did not want to like this can I make that clear! But I just kept listening and smiling until yes I shouted "Jo! for the love of chicken biryani I love This! - This bloke is crackers!
​ - pauliepaul xXX 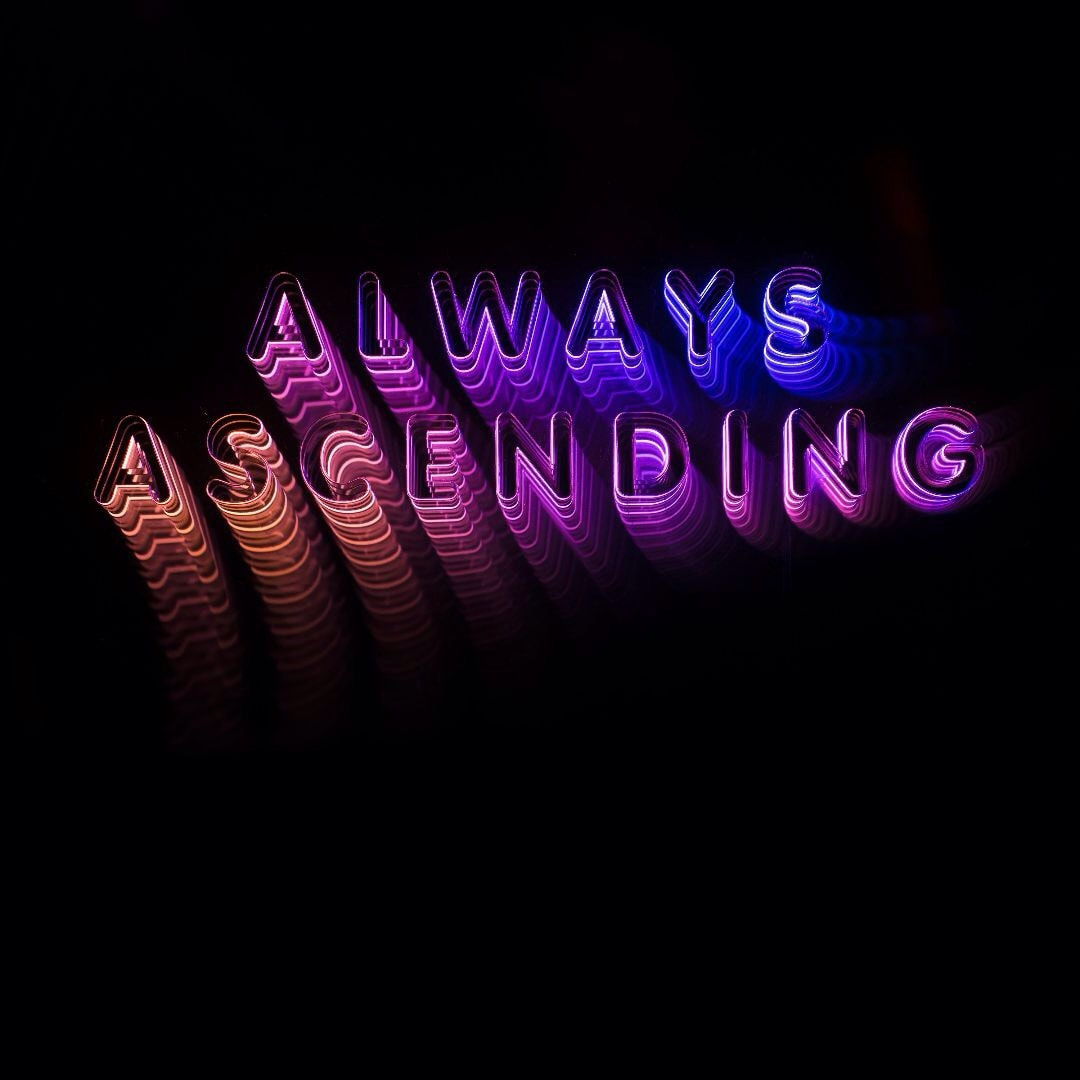 I like this album, it's not the usual thing from the band. I get the feeling there is a lot more to it than the first listen and I can't help hearing Talking Heads amongst others.. Sometimes it must be hard to know where to go when everything has been done - apart from inwards - fran
This is the band's fifth studio album, Always Ascending. Four years after the release of Tonight, the band released their fourth studio album, Right Thoughts, Right Words, Right Action, in August 2013. In 2015, Franz Ferdinand and American rock band Sparks formed the supergroup FFS and released a self-titled album in June 2015.

"The Monochrome Set are an English post-punk/new wave band, originally formed in Hornsey, London in 1978. The most recent line-up consists of Bid, Andy Warren, John Paul Moran and Mike Urban."
Oh I did love this band when I was young. There was just so much going on that a lot of bands didn't get enough recognition in those early 80's. The Monochrome Set is one.
And now I know they formed in Hornsey which is my back yard now - well!
That aside this is a good collection of songs. Listen closely you may hear hints of the 80's bands that are now household names. Who influenced who? How does that work... -pauliepaul- 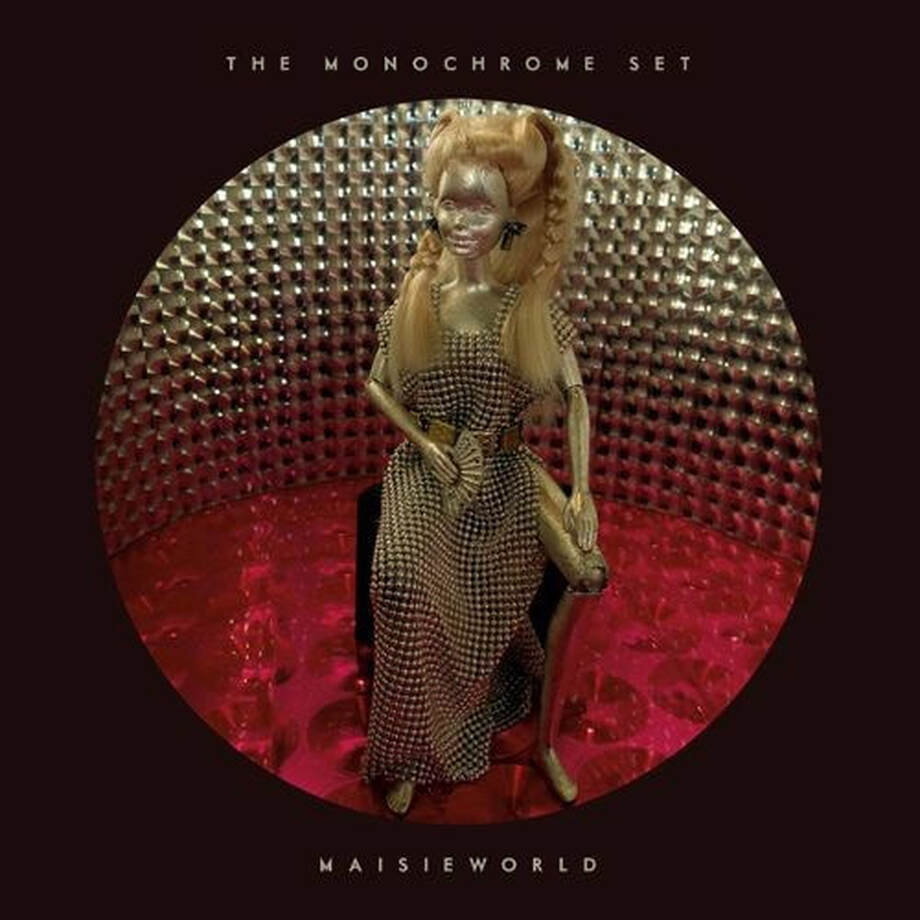 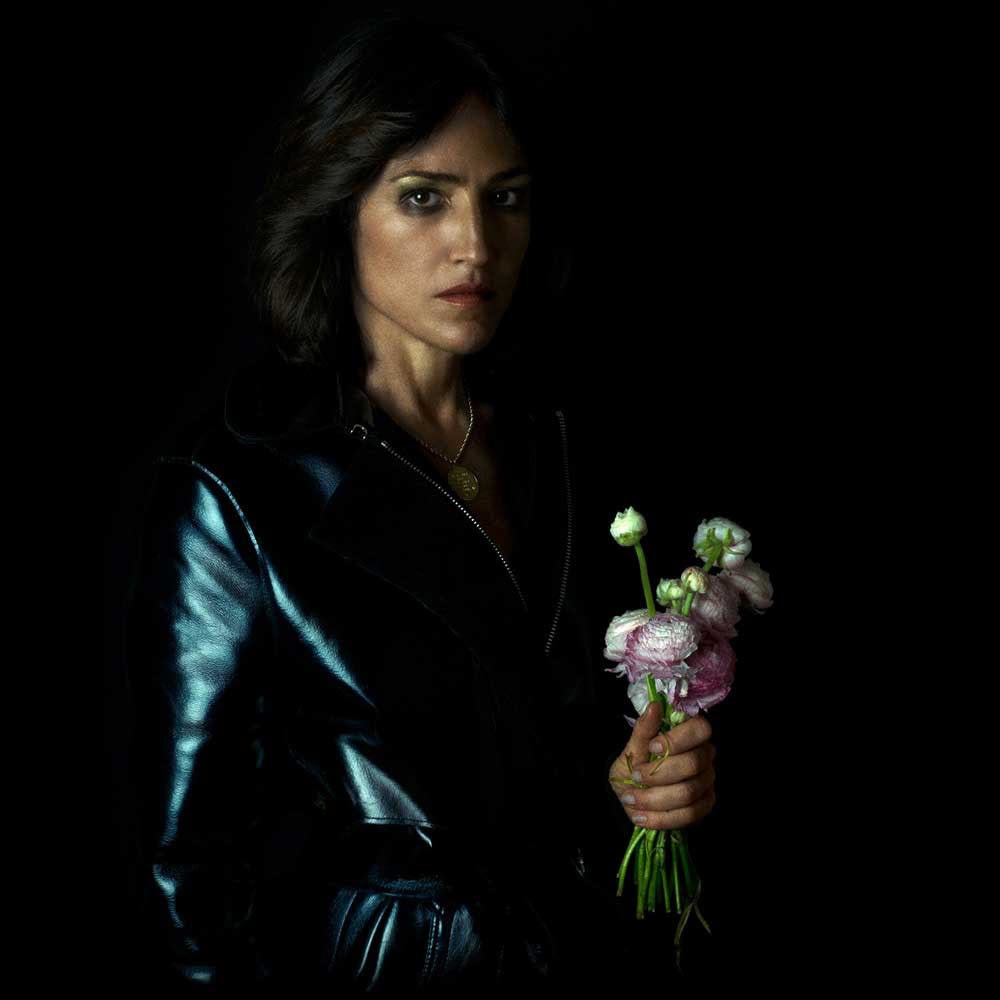 joanaspolicewoman.com
Still can't make my mind up, but I keep coming back to listen!
This is the fifth album - is this the fifth album? I just sometimes wish she would go barefoot in the park, having said that I Do love Silly Me  - fran xx
"Joan Wasser (born July 26, 1970), known by her stage name Joan As Police Woman, is an American musician, singer-songwriter and producer. She began her career playing violin with the Dambuilders and played with Black Beetle, Antony and the Johnsons, and Those Bastard Souls. Since 2004 she has released her solo material as Joan As Police Woman. She has released five regular studio albums, one EP, a number of singles and a collection of covers.[1] Throughout her career, she has regularly collaborated with other artists as a writer, performer and arranger." 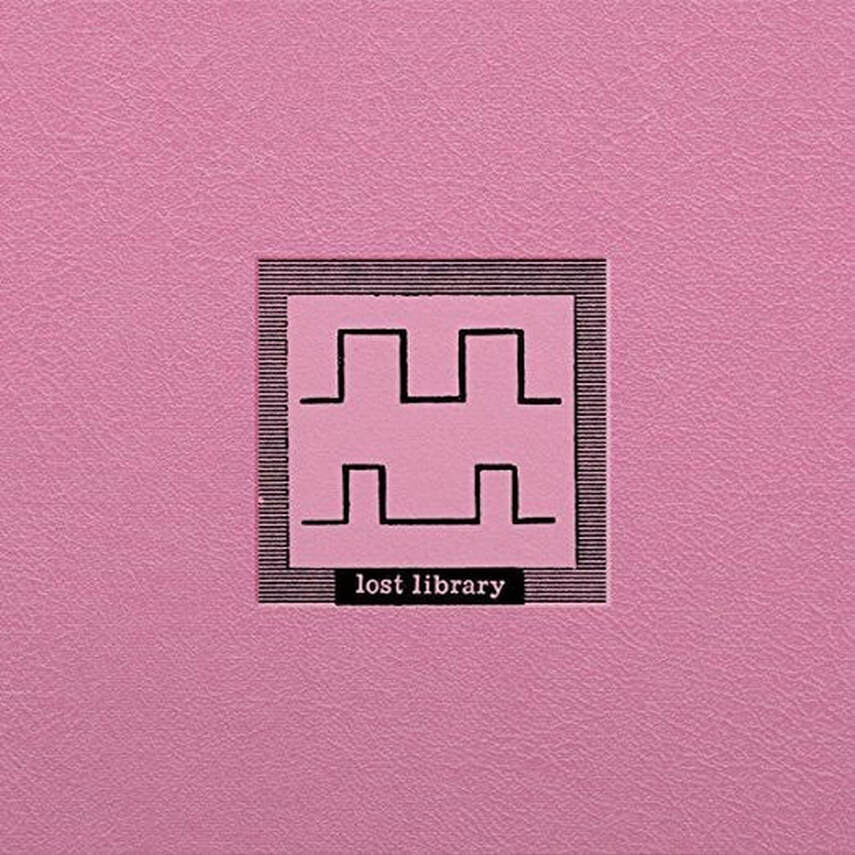 DeathandVanilla.com
This single is a joy for me. I love Jane Weavers voice as well as being a big fan of Death And Vanilla.
​The soundtrack to The Tenant ( Death and Vanilla reimagined the score for the 1976 Roman Polanski film The Tenant for a live screening at the Cinemascore festival in Spain.) is avail on pre order,
​I couldn't find a preview of The Tenant (prob just vinyl at the mo) even with my Phacemag Apple Music code but I found it on Amazon. I will keep an eye out for Apple preview. - Fran xx 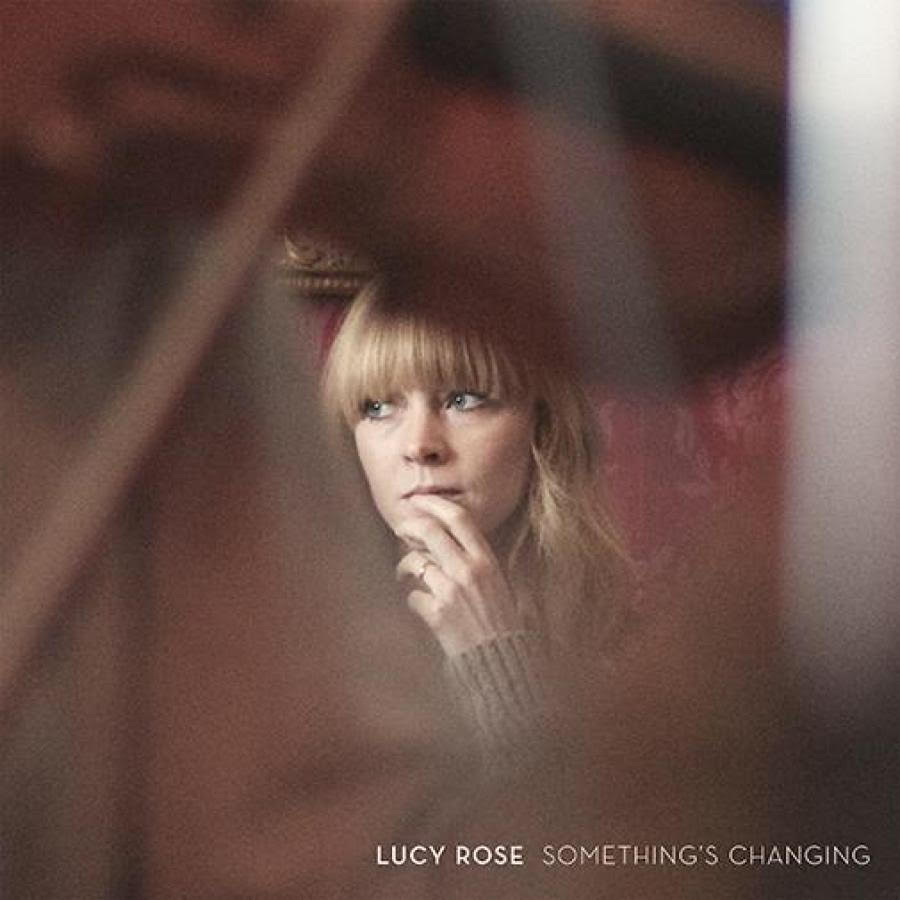 ​We love this from Rudimental and the video is just scrummy! - fran@phacemag.com
​These Days (feat. Jess Glynne, Macklemore & Dan Caplen)

STANDING ON THE EDGE OF TOMORROW - THE DAMNED 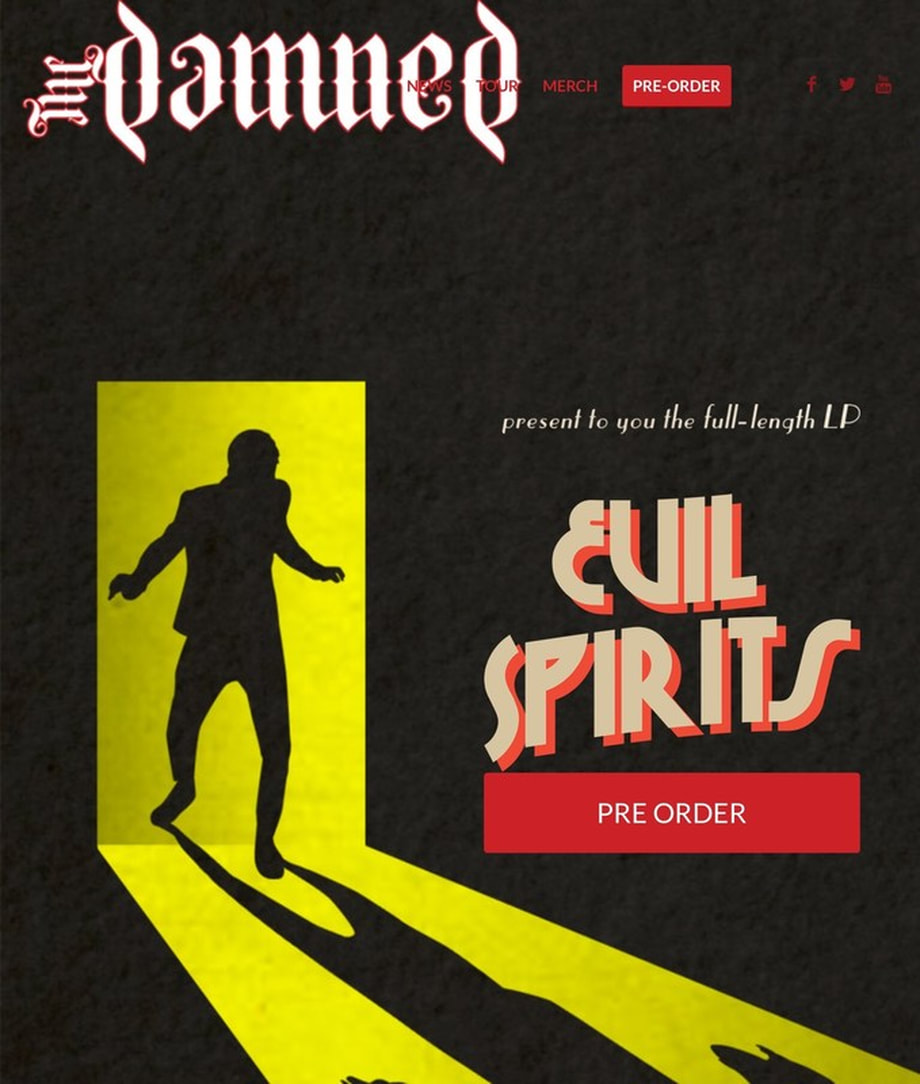 OfficialDamned.com
Back! New single above and below is off a new album Evil Spirits and a tour is imminent!
Full details on the website linked left - Welcome back guys!
​ 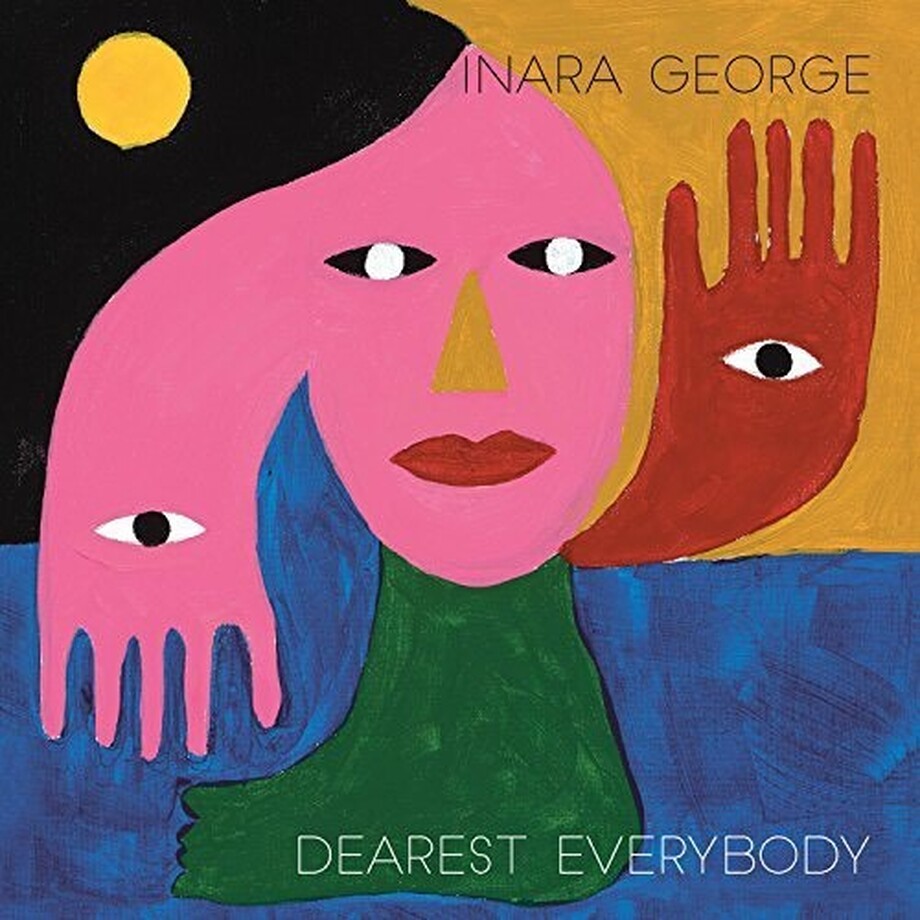 InaraGeorge.com
We love this new album from Inara George. She has such a great way of producing perfect commentary on dreamlike worlds ..beautiful - fran x
​

I CAN'T QUIT - THE VACCINES 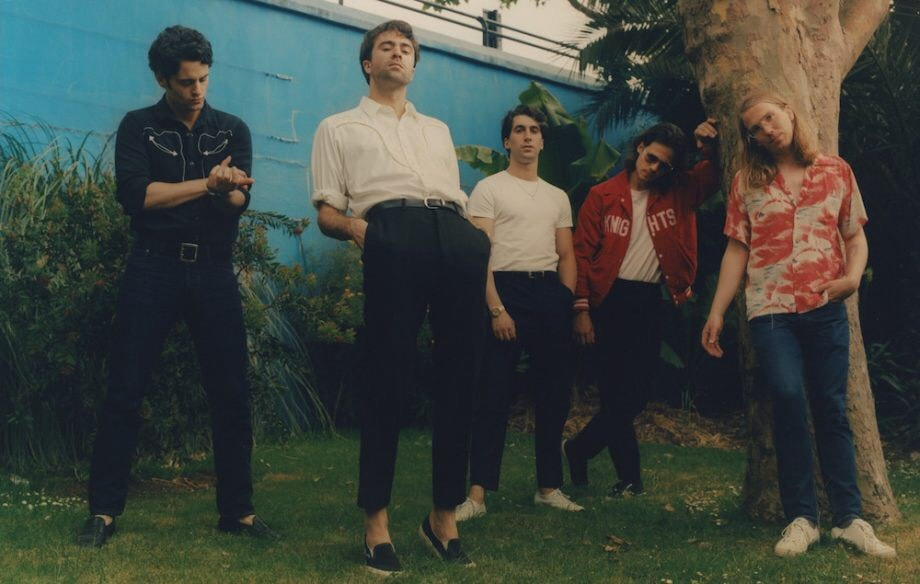 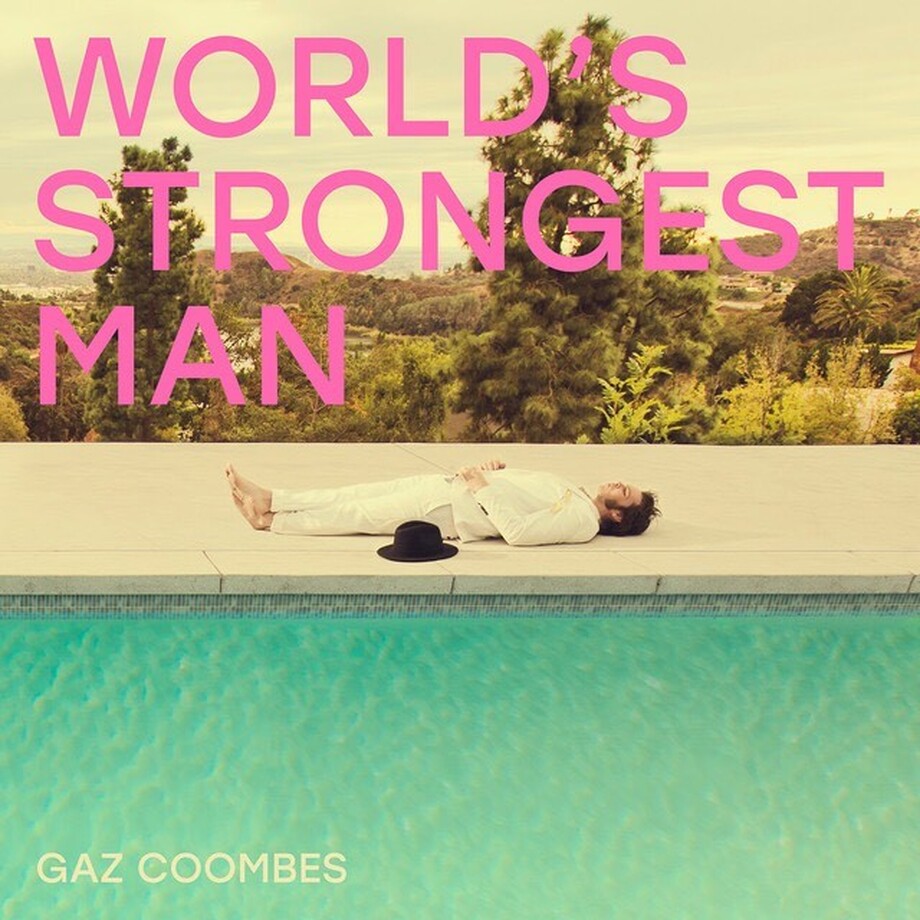