With both Peggy Gou and DJ Harvey on the bill, New Year’s Eve 2019 at Desa Potato Head was always set to be an unforgettable experience, and it saw 4,500 attendees experiencing the last sunset of 2019 and the first sunrise of 2020 alongside the superstar DJs signature beats.
The festivities kicked off with Bali collective Tantrà, Potato Head resident DJs Pete Herbert and Gero, the master of ‘Pool Party Music’ Mall Grab, the dynamic Peggy Gou, and the legendary DJ Harvey keeping the party going into the early hours. Peggy Gou and DJ Harvey kicked off 2020 in true Potato Head style and counted down into midnight together with fireworks celebrating midnight. Following the party, the pair hosted an after party at Desa Potato Head restaurant Tanaman, where they carried on the night playing to an intimate crowd. 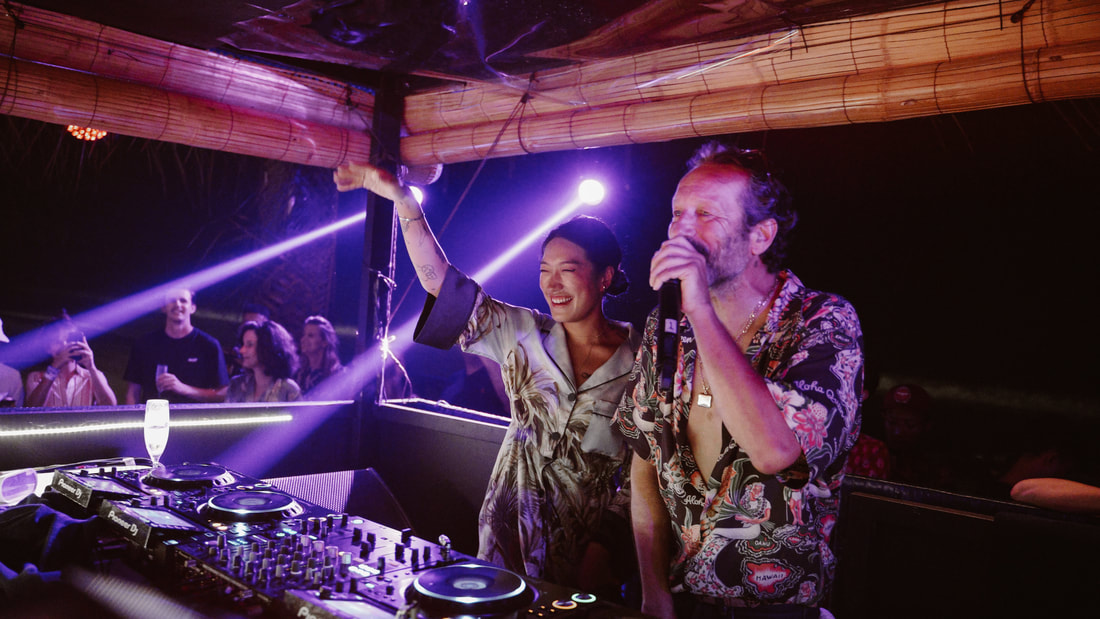 Recently named a member of the Business of Fashion’s BoF 500, Gou continues to flex her artistic talents with the Indonesian lifestyle brand, by releasing the second drop of her second merch collaboration with her Potato Head family on January 1st. The new collection consists of seven styles of shirts starting at $140, and two style of bucket hats at $45 (USD), featuring Peggy’s own illustrations with a Balinese twist produced in Indonesia by Potato Head. Both parties worked closely to bring Gou’s illustration sketchbook to life and turning them into eco apparel. Made in Indonesia from Tencel™ satin and coconut-shell buttons, the shirts are 100% biodegradable. Peggy Gou kicked off the hype around the collection alongside headlining Desa Potato Head’s New Year’s Eve party. Peggy Gou has graced the decks in over 200 cities over the course of 2019 and the Berlin-based, Korean-born DJ is brought it home one more time at Desa Potato Head, her fifth time playing at the open-air beachside venue. 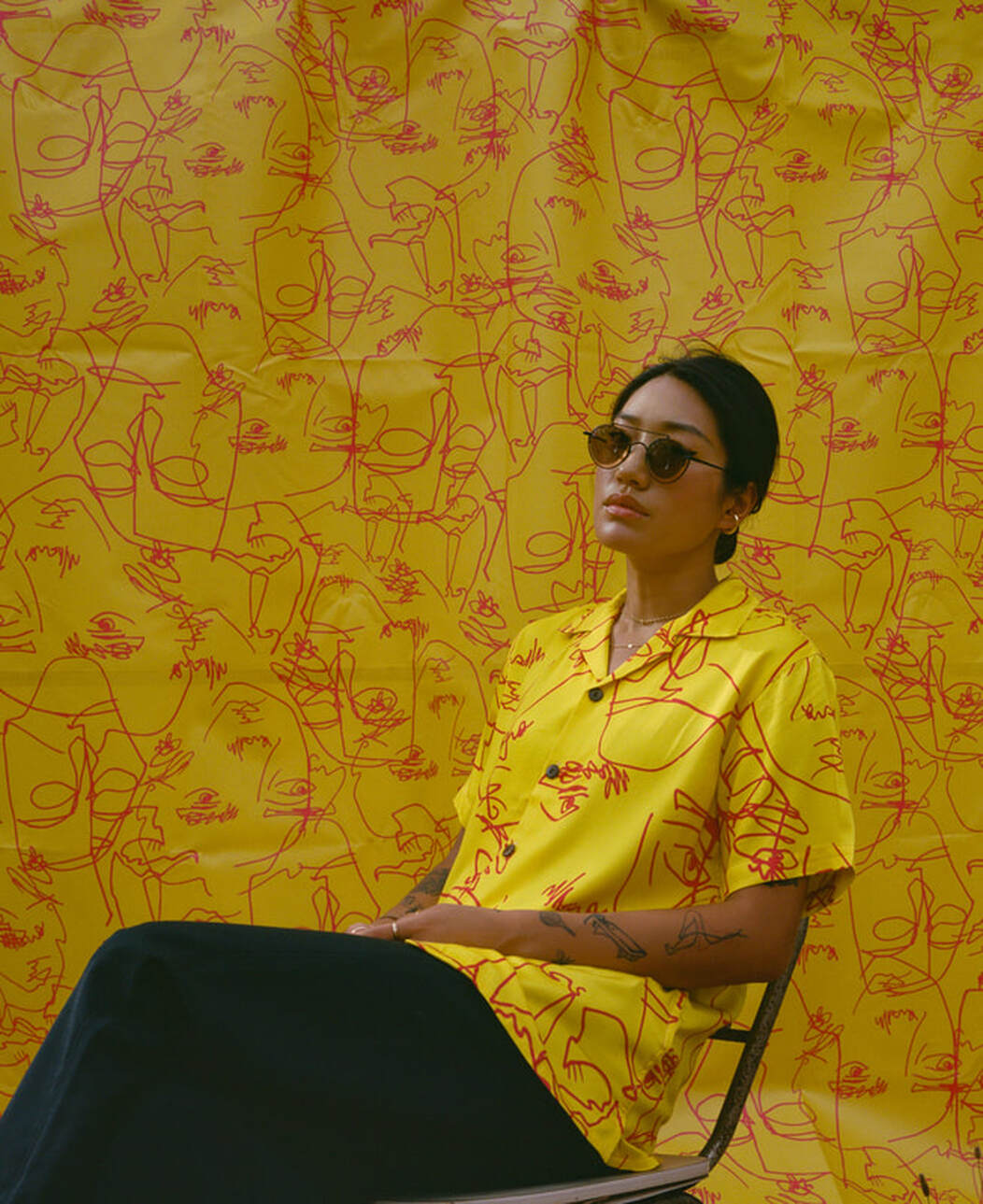 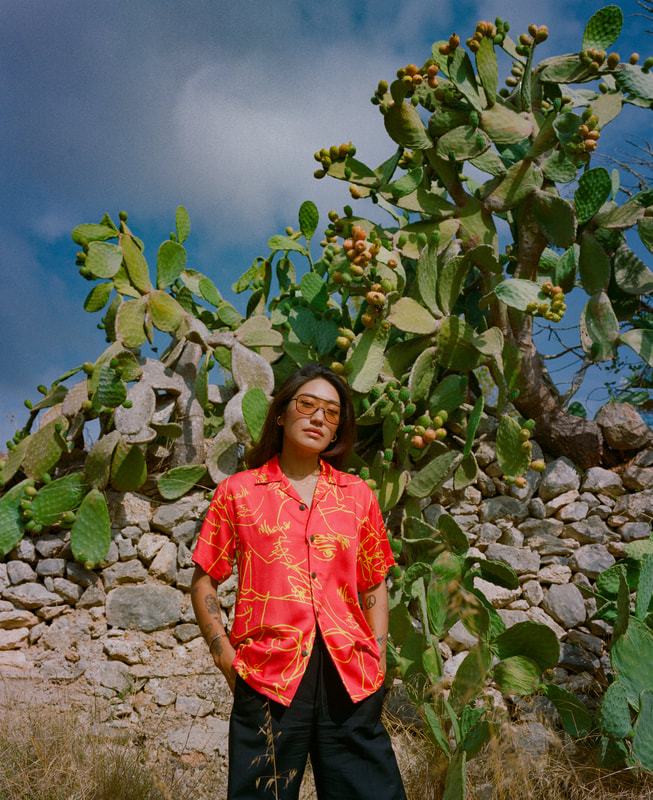 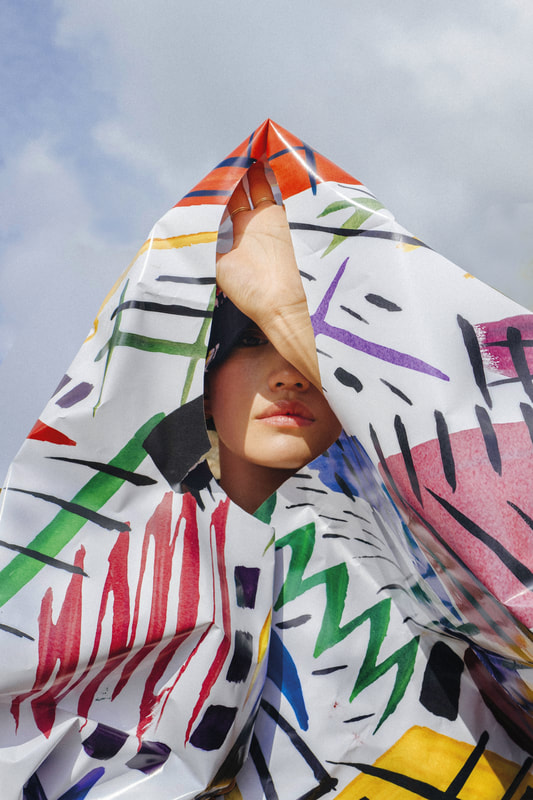 Desa Potato Head in Bali—a creative village of the future— currently consists of the widely celebrated Potato Head Beach Club and Katamama hotel concepts, with the addition of the Creative Centre to be added in May 2020.

With a mantra of ‘Good Times, Do Good’ Potato Head Beach Club is home to one of the island’s best sunset views, with four restaurants and bars, an infinity pool and large lawn, all overlooking the Indian ocean in Seminyak. The open-air, amphitheater structure, features an iconic façade comprised of colorful antique shutters salvaged from across Indonesia and plays host to music festivals, international DJs, local acts and a range of sustainability focused events.

Designed with contemporary imagination and centuries-old Indonesian traditions, Katamama and each of its 57 suites has been hand-finished with sustainability top of mind. Custom-made midcentury-modern furniture, hand-dyed fabrics, locally sourced amenities, an outdoor lounge and contemporary artworks by Indonesian creatives make the hotel an atmospheric home away from home. Both current venues were designed by leading Indonesian architect Andra Matin.