The fast approaching  Classic Motor Show [10-12th November] at the NEC is almost upon us including the Silverstone Classic Car Auction. Before that however from the 21st October (viewing) to the 22nd October Silverstone Auctions will host the 2017 Porsche Sale at The Silverstone Circuit NN12 8TN
Well, we thought we'd have a poke around and pick 6 Porches of interest from the sale.
Starting off with Porsche royalty.. 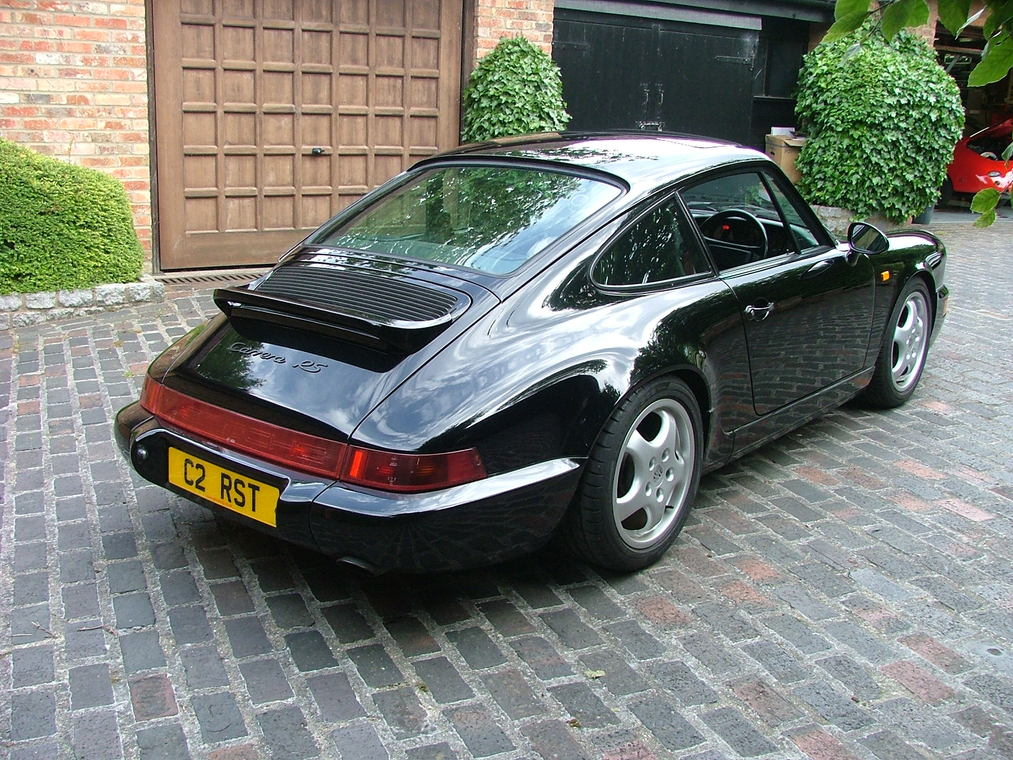 Click For More Details And Cars
The 1991 Porsche 964  Carrera Sport or lightweight was a direct discendant from the 1973 Carrera 2.7 RS. It was built to race in the Carrera Cup and as such was heavily breathed on, The power was only 10 BHP up on the standard 964 which says a lot for those 'standard' engines, but as it often does Porsche adopted the brakes from the 'Turbo' and re-engineered the suspension.
The keyword was 'Lightweight' and on the 964 Carrera Sport even the rust proofing was compromised in favour of weight.
However, just as it's great Uncle the Carrera 2.7 RS  had 2 differant versions, so did the 964 Carrera RS hence the above, the 964 Carrera RST (Touring) Fortunately rust proofing and many other standard 964 features are intact in the RS Touring.
EST Price : £185,000 - £210,000
We Say - This car is a serious investment opportunity - 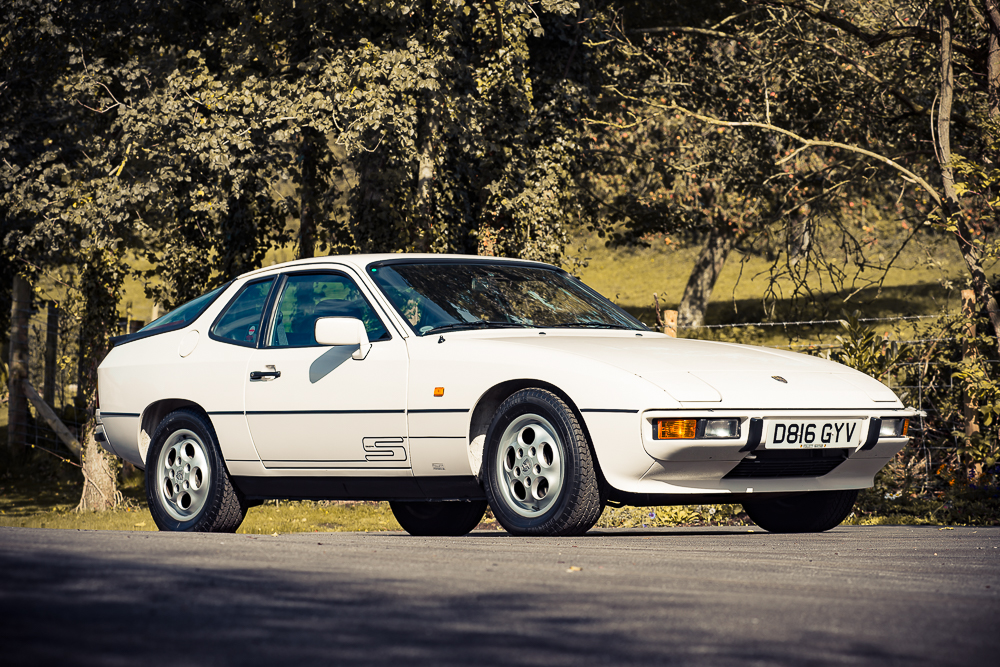 The 924 S has always been in our sights for a value increase but this one has a £25,000 - £30,000 estimate! They are great cars, not to be confused with the early basic Porsche 924 because the 'S' has a proper Porsche 2.5 litre engine originally used in the early 944's.
This car is very low miliage and gives a very strong indication of the way the prices of these small but perfectly formed Porsches are heading.
We Say - At this money buy into a 944 S2/Turbo - 964 and enjoy/love using one of the best handling cars ever. If You have a museum however, then this is prob the 924 S for you. 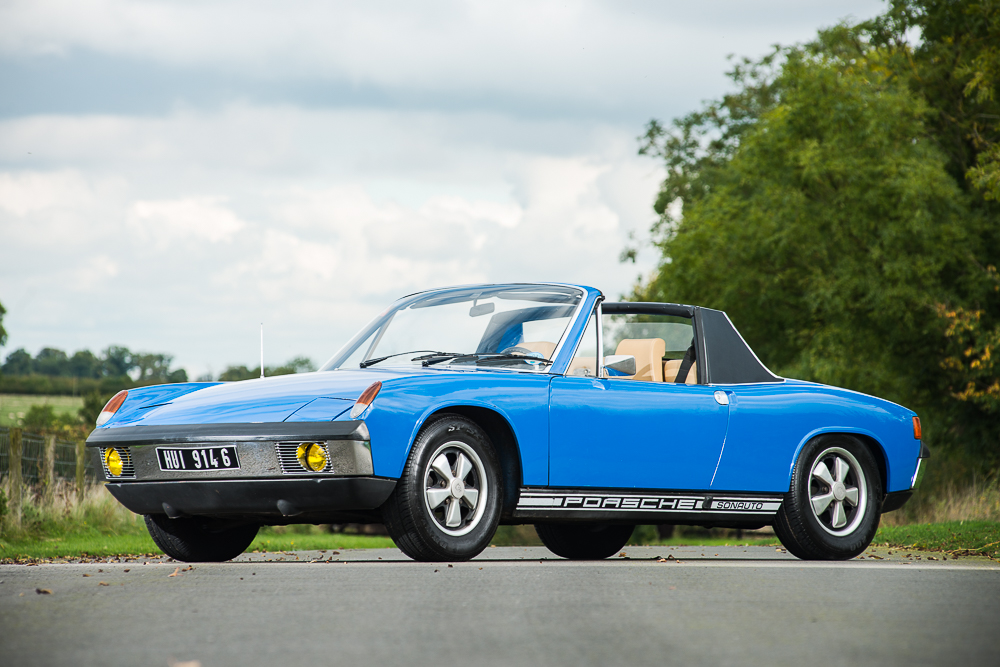 This car is our wild card. The 914-6 was the response from Porsche to critics saying the 914's 4 cylinder VW engine was too under powered. Using the Porsche 911's flat 6 - 2.0 litre from the 911 T the boffins at Porsche created a car that could well have changed the companies history. With the engine mounted in the classic 'Mid' position the 914-6 would often embarrass the 911 on the track.
The car for sale pictured above has had an engine upgrade by the famous Parisian Porsche Dealership 'Sonauto', who were also responsable for the Porshe 914-6 Le Mans winners.
Ever get the feeling that Porsche played down this car? Have you ever heard of the 914-6 Le Man's winners?
Why? Well I blame the bad/terrible Porsche marketing. In 1969 when the 914-6 was introduced into the UK it cost 50% more than an E Type Jag! No surprise that the car didn't sell very well, but that was not the cars fault, and the 160 BHP engine upgrade by' Sonauto' in the car above proved that the 914-6 could have been a true contender.
Porsche marketing continues to pull the same strings to this day...
EST Price £45,000 - £50,000
We Say -  BUY this Iconic 914-6 because of it's association with 'Sonauto Paris' - At any Cost - Or alternatively you could
try and find a 914 -6 / but you know what, you will struggle to find a good one? Original engine? Be very careful or settle for a flat 4/ 914 and enjoy driving your great investment, because it will be... 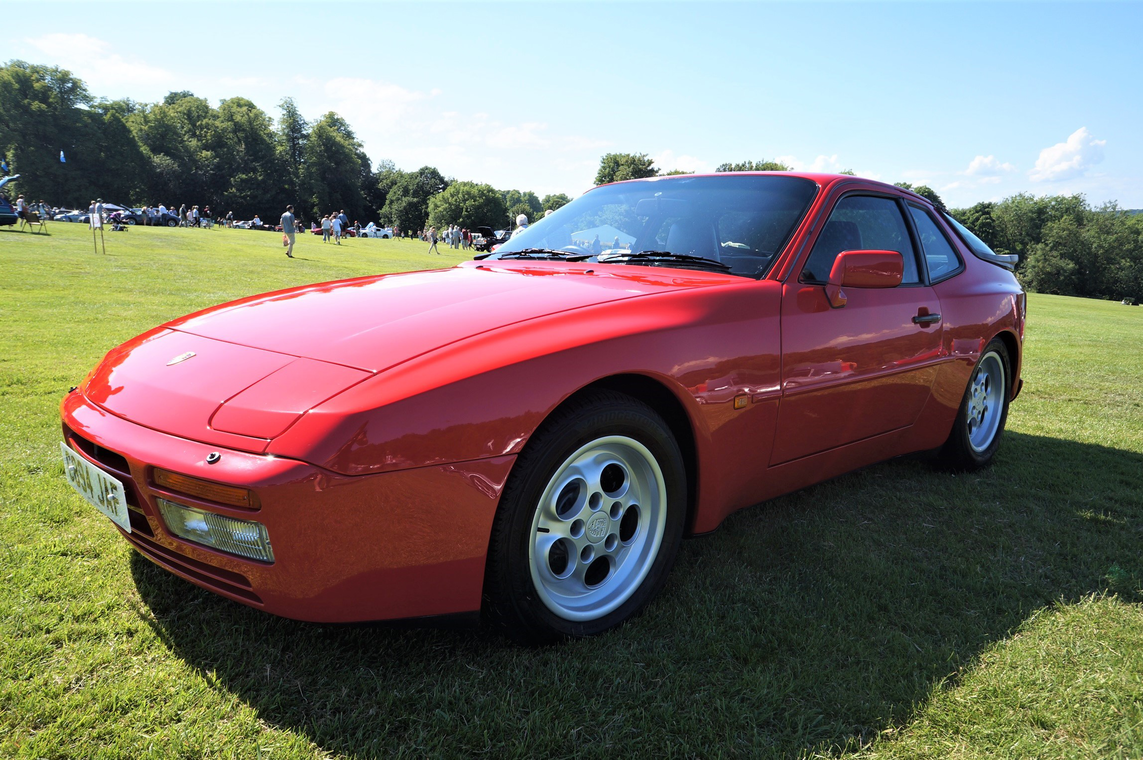 The words Porsche and Turbo go together like Porsche Turbo. The 944 Turbo was more technical than you think, the four-cylinder engine had a clever counter balance system creating a smoothness that any larger 6 cylinder engine would have been proud of. With 911 brakes and extra oil coolers for the engine & gearbox the 944 Turbo deserved the 'Turbo' label in more ways than one.
A lot of the design would go into the 944 S2 but in a lot of ways the 944 Turbo has the edge over the S2 in the icon stakes.
EST Price - £23,000 - £27,000
We Say - Buy It! If You can! But for the rest of us, for everyday use buy an S2 or a 968. You will still have the investment if you choose the lowest millage 'Full Service History' models.  Anything 944 without a full service history is dangerous, with a 944 Turbo it's twice as dangerous. 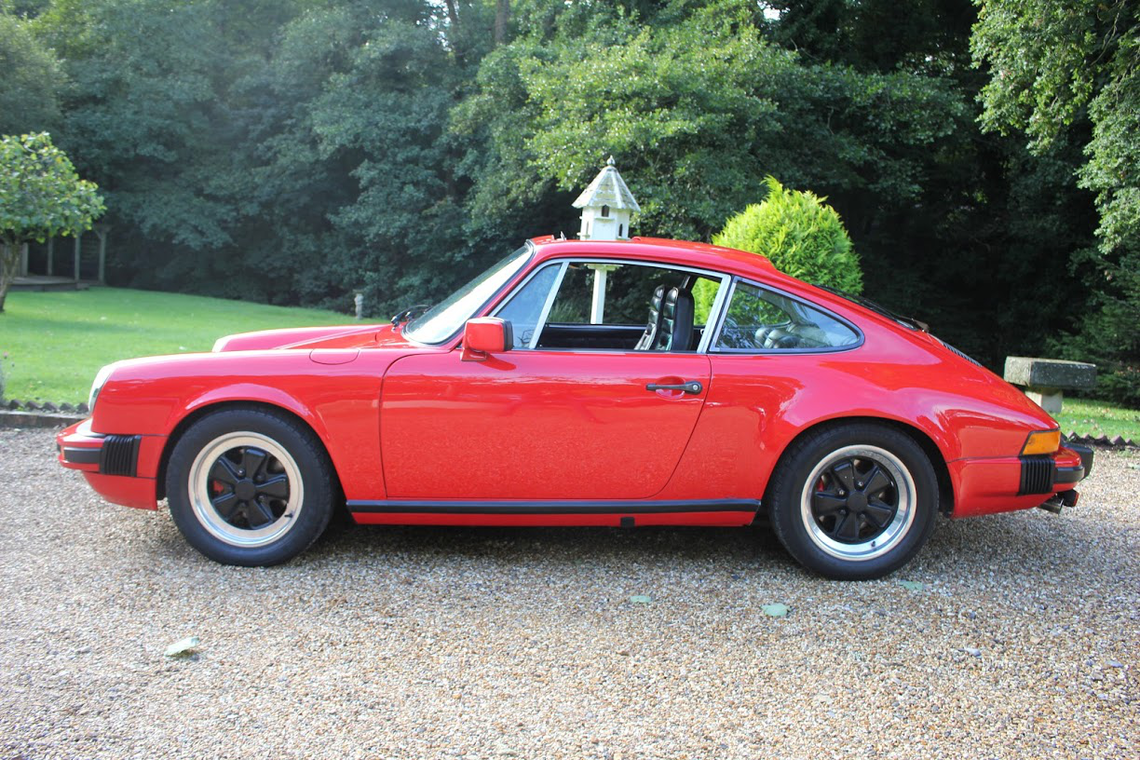 Oh joy, this is the Porsche that I first fell in love with. The 1978 incarnation of the 911 was brilliant. Bosche fuel injection, 5 speed gearbox and the shape!
This is one of the first 3.0 litre Porsche 911 SC's and as such has the 180 BHP output. 180 BHP sounds tame now but it's plenty I can assure you. My bad Uncle Brian bought and sold classic cars and I learnt a very valuable (Theory and Practice) opposite lock for your life 911 lesson in an SC. "Don't accelerate until the car says so!"
The 3.0 output would gradually climb to 204 BHP but with this you might have to endure a 'Turbo' Whale Tale! Ah Non!
EST Price - £35,000 - £40,000
We Say - Buy It! This car Is a good example of the 3.0 SC, a model that until recently, for some mystical classic car value reason has been playing catch up. No more, buy the best san's whale tail - 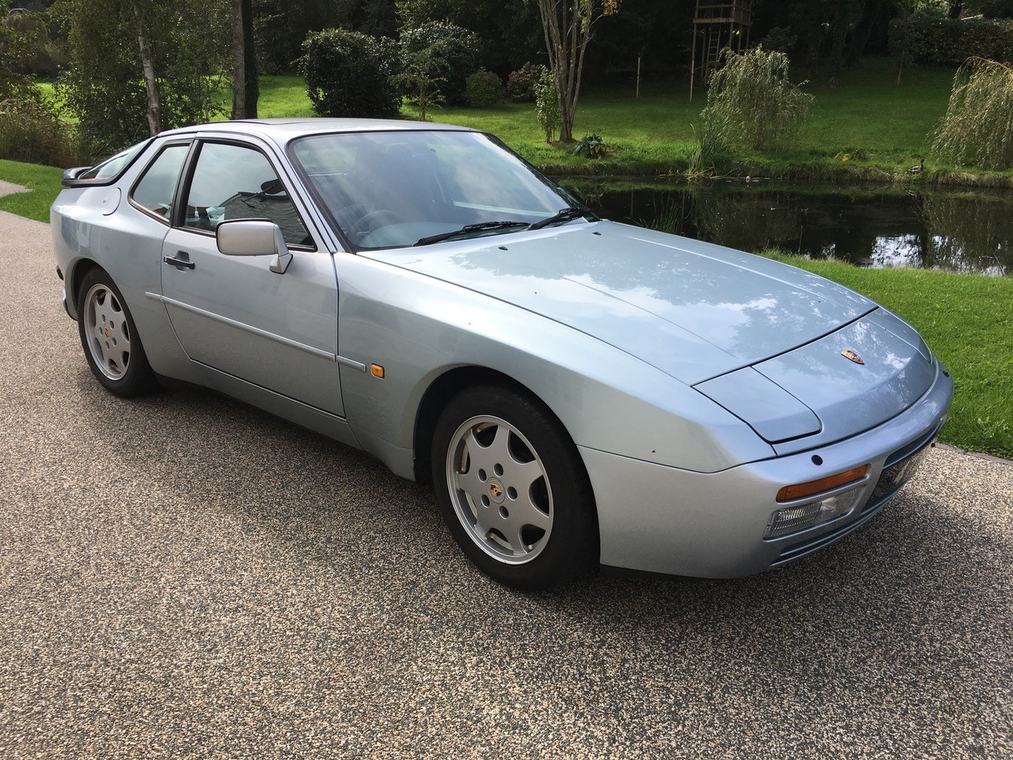 Finally the 944 S2, a near perfect performance car developed 26 years ago! The 944 in S2 form is an incredible car. Values have always dragged their feet, almost as if the 944 S2/968 has just been taken for granted. Even the Club Sports are slow to spool in value. None for sale here though, or 968's?
Maybe mad mental Dr Classic Car Collector has them all in a showroom somewhere slowly stroking them...calm down paulie..
EST Price - £14,000 - £18,000
We Say - Check the history and if it's good buy it. But there are still lots of good ones out there, no history, no love, don't buy.
Looking forward to the November Classic Car show so much. My friend is thinking of selling his gorgeous 1965 Mini Saloon. It's so original, but what I like about it most beside the colour, is that it's not a COOPER! 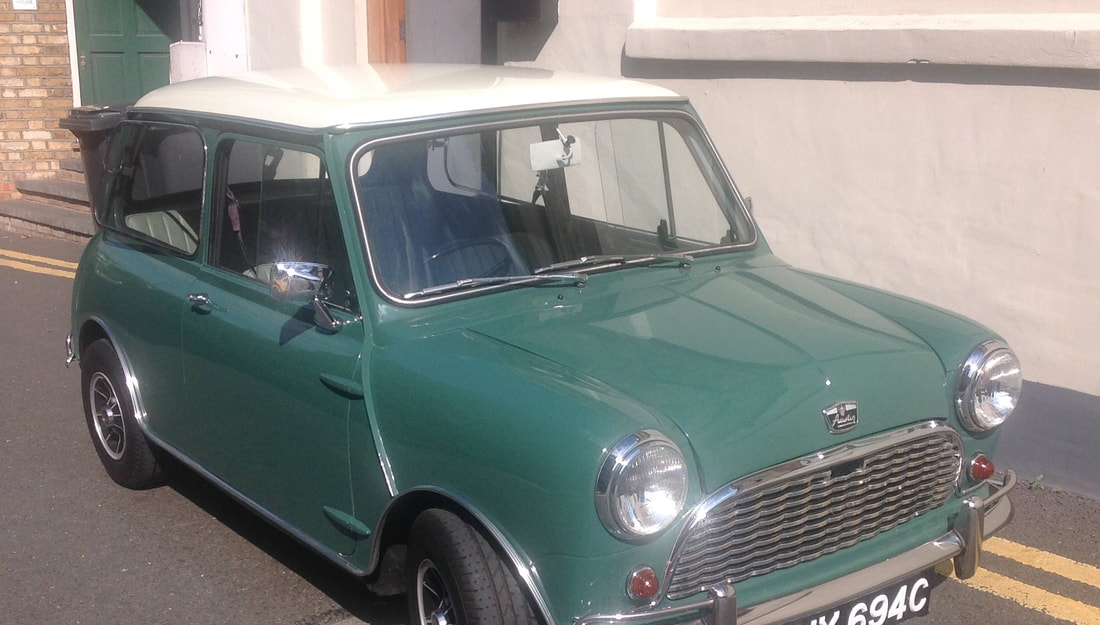