MASTER OF ALL MUSICAL CATEGORIES

FOR THE 'ELBPHILHARMONIE REFLEKTOR' FESTIVAL ON 17-20 MARCH, THE NEW YORK COMPOSER AND SAXOPHONIST JOHN ZORN TAKES OVER THE VENUE'S ENTIRE PROGRAMME

Hamburg, 1 February 2022: In March, as part of the exclusive 'Elbphilharmonie Reflektor' series, the Hamburg concert hall welcomes a New York artist who has, for almost half a century, been creating a unique oeuvre across genre boundaries with unrelenting energy und virtuosity: the composer and saxophonist John Zorn. From 17 to 20 March, he has been given complete control of the Elbphilharmonie programme and the power to choose exactly what he wants to see performed for four days and nights. In 14 concerts, the prolific master presents some of the particularly luminous facets of his famously broad musical horizons, which effortlessly span the worlds of jazz, rock, hardcore, easy listening, film music, traditional Jewish music and contemporary art music. The illustrious group of musicians Zorn has invited to perform includes the guitarists Bill Frisell, Julian Lage and Matt Hollenberg, the organist John Medeski and the keyboard player Brian Marsella, the trumpeter Dave Douglas, the drummers Joey Baron, Kenny Wollesen and Kenny Grohowski, the bassists Greg Cohen and Trevor Dunn, the singers Petra Haden and Barbara Hannigan, the concert pianist Stephen Gosling and the JACK Quartet. All concerts have been scheduled to allow anyone who is keen to immerse themselves fully in this unique John Zorn experience to attend every single one. The Festival Pass gives access to all events in the »John Zorn Reflektor« festival for the attractive price of €199 (concessions €150).

"...all the music played over the four days, be that improvised or from scores, is, without exception, by him..."

To call John Zorn a musical all-rounder would be a massive understatement. Some artists only release an album every couple of years – John Zorn releases a new one every month. And they’re all very different. He has been producing an enormous output of new music for decades.

The spectrum of Zorn’s stylistic preferences is incredibly broad and this is reflected in the festival. It ranges from crashingly loud, fast metal-hardcore to angelic a-cappella chants in remembrance of the medieval visionary Hildegard von Bingen, from precisely composed scores for string quartets to enchantingly meditative music for guitar, harp and vibraphone, from Americana songs for Petra Haden to works that are almost unsingable even for the world-famous soprano virtuoso Barbara Hannigan, who, of course, ultimately masters them with grace and style.

Born in New York City in 1953 and raised in Queens, John Zorn composed his first musical works at the age of eight. He soon developed his own aesthetic standards between two extremes: the concise and spartan music of Anton Webern, which is distilled down to the essential, and the overflowing sound-streams Zorn experienced at the concerts of the free-jazz pianist Cecil Taylor. Zorn’s insatiable hunger for music of all kinds has, from the outset, made it impossible for him to limit himself to a single genre. In the variety of styles and musical idioms, and in the ability to switch between them at any time, even at second intervals, he feels more like a film composer who is comfortable in any saddle, and he always delivers exactly what it is the scene in the never-ending, imaginary film running in his mind calls for.

Zorn has been releasing his work on his own label Tzadik for 30 years, and he has also, since 2005, been the artistic director of a small non-profit performance space for experimental music, The Stone in the East Village of Manhattan, which has hosted around 5,000 events in that time.

At his own 'Elbphilharmonie Reflektor', John Zorn is only performing as an instrumentalist on the alto saxophone three times – in three different line-ups with his long-term project Masada. However, all the music played over the four days, be that improvised or from scores, is, without exception, by him.
​ 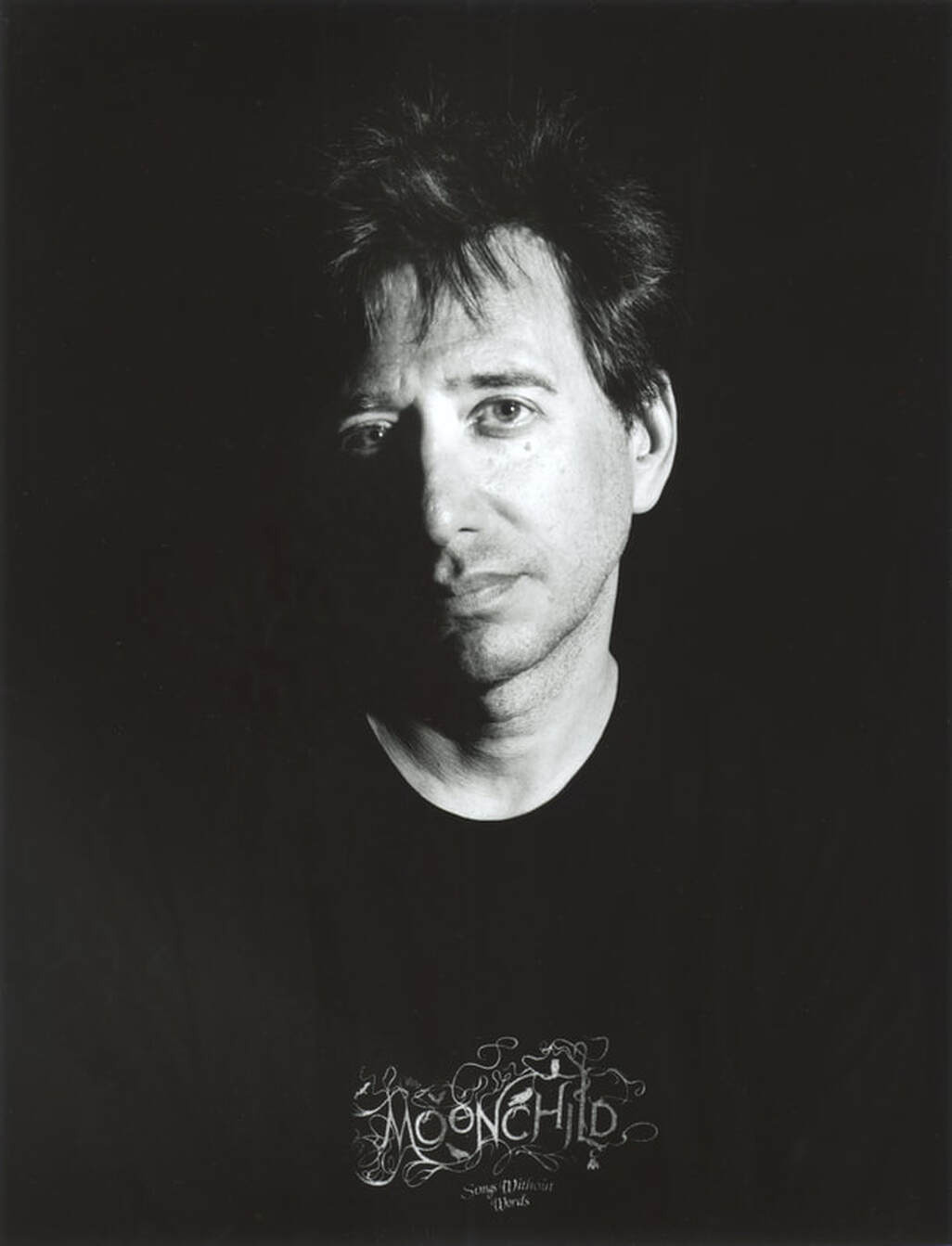 In the opening concert (18:00, Recital Hall), Trio Simulacrum, featuring John Medeski (organ), Matt Hollenberg (guitar) and Kenny Grohowski (drums), dig their way with power and authority through Zorn’s highly intelligent high-speed metal works. The rock-history references that can be identified in these bands are fascinatingly complex; however, the sheer joy and energy of the interpreters overpower and draw the listeners fully into the experience of the moment.

Later in the evening, Zorn performs as an improvisor with two ensembles, theMasada Quartet and the New Masada Quartet. First in the original Masada line-up with Dave Douglas (trumpet), Joey Baron (drums) and Greg Cohen(bass), then after the interval with Julian Lage (guitar), Jorge Roeder (bass) and Kenny Wollesen (drums). Both Masada ensembles use similar improvisation source material – Jewish scales and the songs Zorn has composed based on them (20:00, Grand Hall).

A whole other facet of Zorn’s oeuvre comes to the fore in »The Turner Études«, a technically challenging cycle for solo piano that was inspired by the late sketches of the British painter William Turner. In Stephen Gosling, a specialist in New Music for the piano, Zorn has found the ideal interpreter (18:00, Recital Hall). The »Sacred Music« evening programme in the Grand Hall showcases the next stylistic segment. In the first part, five vocalists sing Zorn’s »The Holy Visions« a cappella, a mystery play in eleven strophes concerning the medieval mystic and nun Hildegard von Bingen. That is followed by Zorn’s homage to Teresa of Ávila, a Catholic mystic and saint in 16th-century Spain, composed for three concert guitars (20:00). Where else will you get an opportunity to experience the grand masters Bill Frisell and Julian Lage together on one stage? They are joined by another fine concert guitarist, Gyan Riley, son of the minimal-music pioneer Terry Riley.

In the night concert, Zorn’s »Songs for Petra« once again entice listeners to the Recital Hall. Zorn composed this collection of Americana-oriented songs for one of the triplet daughters of the unforgotten jazz bassist Charlie Haden. Accompaniment is provided by the three instrumentalists of the New Masada Quartet, along with the singer and guitarist Jesse Harris, who also wrote the words for »Songs for Petra« (22:00).

In his countless projects, John Zorn has consistently experimented with special arrangements that bring structure into improvisations, and that introduce an element of unpredictability into the overly structured. In the music for the Heaven and Earth Magick quartet, every note for the piano (Stephen Gosling) and vibraphone (Sae Hashimoto) has been meticulously scored, while Jorge Roeder (bass) and Ches Smith (drums) improvise freely over the musical score within a framework defined by John Zorn regarding the style, articulation and other parameters (12:00, Recital Hall). 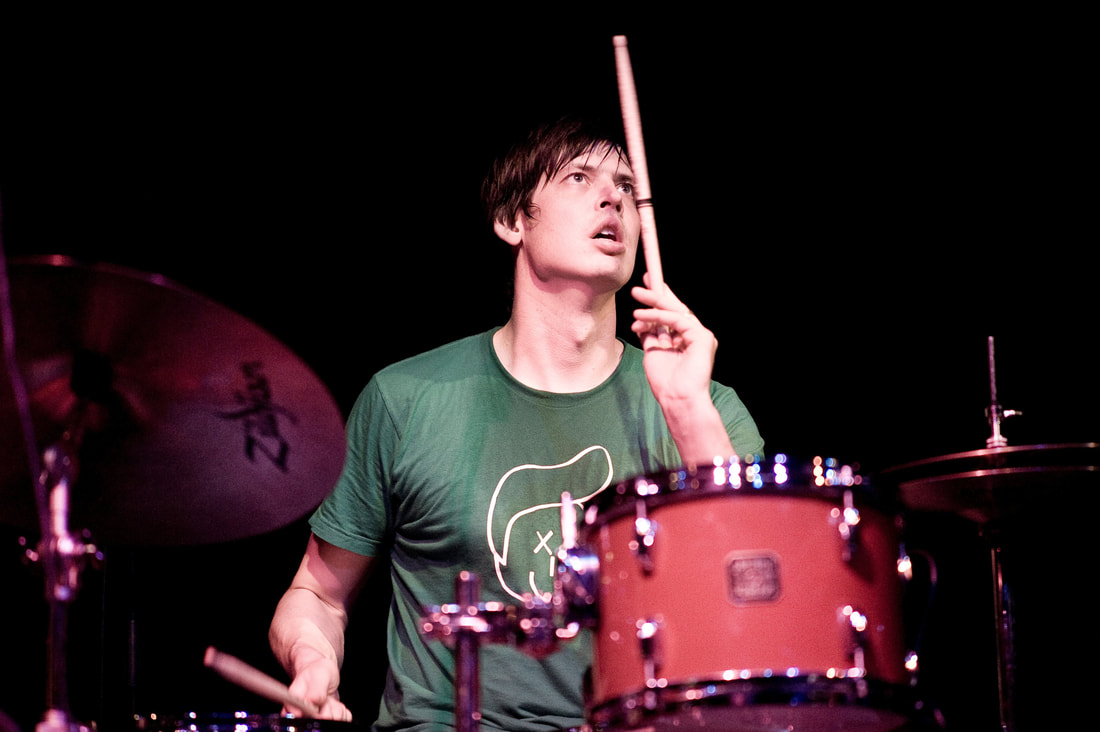 Ches Smith
​Then, in the Kaistudio, it’s the world premiere of »John Zorn Volume 3«, the third of Mathieu Amalric’s films with and about John Zorn. »Apart from him, it’s been a long time since I allowed anyone backstage with a camera«, says Zorn about Amalric. The French actor (best known probably for his depiction of the Bond villain in »Quantum of Solace«) has been accompanying Zorn as a filmmaker for more than ten years. Before the screening, the pair will discuss the film, which, after »Zorn« and »John Zorn II«, should be the final part of this unique long-term documentary series (14:00).

The JACK Quartet from New York is famous around the world for their excellent interpretations of contemporary chamber music. In the afternoon, they dedicate a first concert to exploring John Zorn’s complex works for string quartet in a demonstration of the New York composer’s exciting, original and distinctive approach to the supreme discipline of art music (16:00, Recital Hall).

Then, in the early evening, a brand-new band take to the stage for an hour: Chaos Magick is a quartet made up of the Simulacrum Trio from the opening concert along with the keyboard player Brian Marsella – a premiere (18:30, Recital Hall).
​ 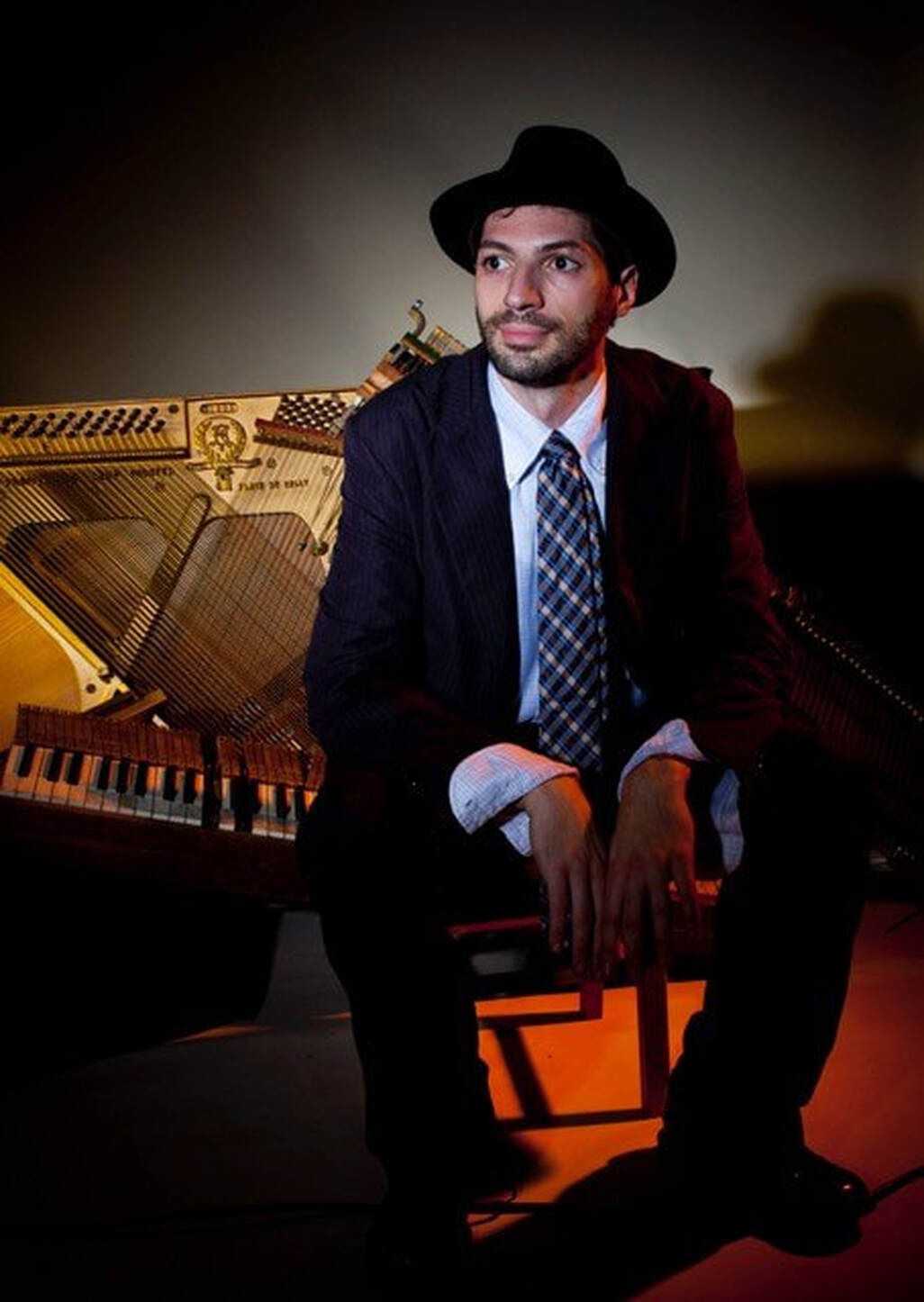 Brian Marsella
​Prime time in the Grand Hall features a showdown between John Zorn’s tricky vocal music and the sensational singer Barbara Hannigan, who has repeatedly delighted audiences in the Elbphilharmonie. She sings two works composed by Zorn specially for her, »Jumalattaret« and »Pandora’s Box«. »Jumalattaret« draws from the Finnish national epic Kalevala, which is without equal in terms of graphicness and brutality. Preparing the part brought even the fearless Barbara Hannigan to the edge of despair. While that piece includes a (ludicrously difficult) piano accompaniment (Stephen Gosling), Zorn composed »Pandora’s Box« for Hannigan’s soprano voice and string quartet (JACK Quartet). Between the two summit ascents featuring the extreme soprano, Zorn’s musical version of Solomon’s »Song of Songs« from the Old Testament is performed by the five singers who also sing »The Holy Visions« – Kirsten Sollek, Eliza Bagg, Elizabeth Bates, Sarah Brailey (2021 Grammy winner) and Rachel Calloway. Hannigan is joined in this concert by Mathieu Amalricas a narrator (20:00).
​ 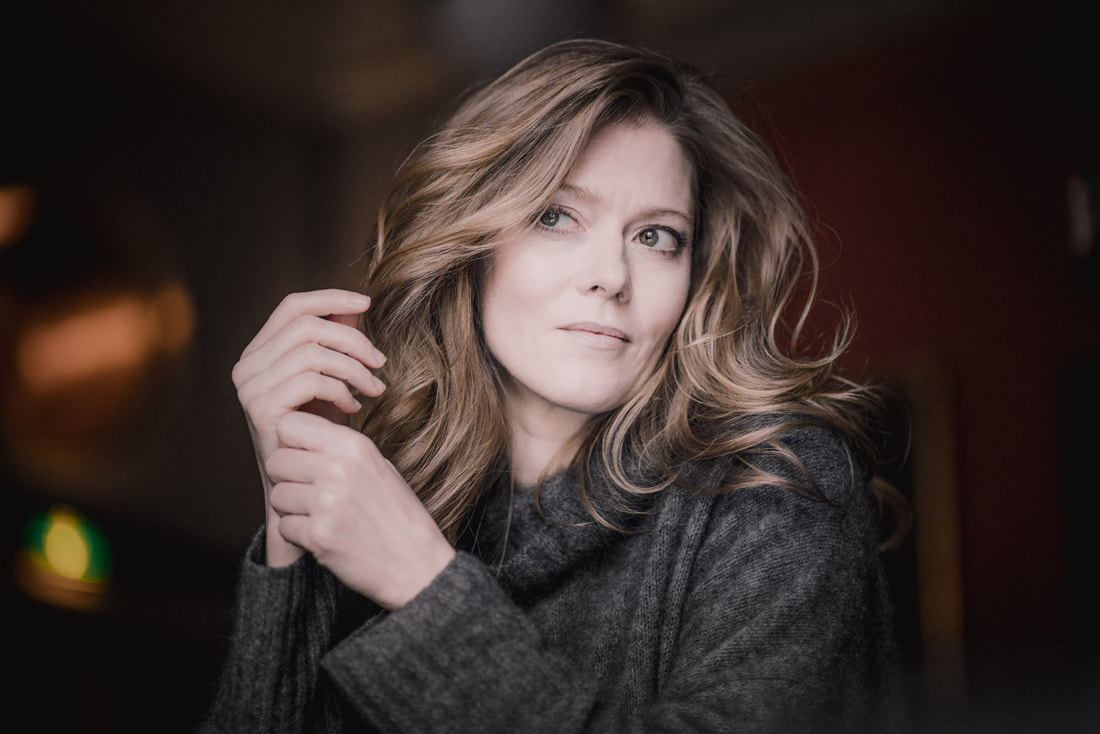 Barbara Hannigan
And as if the day had not been busy enough, Zorn makes another appearance in the night concert. How could he miss the opportunity to bend the 4,765 pipes of the Grand Hall’s Klais organ to his will? »The Hermetic Organ« with John Zorn solo will captivate hardcore fans at 22:30.

There is, of course, a place for the good old trio featuring piano, bass and drums in the John Zorn universe – after all, it’s one of the genre’s most distinguished line-ups. Brian Marsella, Trevor Dunn and Kenny Wollesendemonstrate how this format also takes on an unmistakeable life of its own in Zorn’s creative imagination (12:00, Recital Hall).

In the Recital Hall on the last day of the festival (16:00), the fantastic musicians of the JACK Quartet perform those Zorn string quartet works they could not include in their first concert on Saturday.

That is followed in the early evening by a concert with the Gnostic Triofeaturing Bill Frisell (guitar), Carol Emanuel (harp) and Kenny Wollesen(vibraphone). They perform what Zorn considers to be the most beautiful, peaceful and appealing music he has ever composed (18:30, Recital Hall).

Then, for the grand finale, Zorn presents a world premiere: the first concert byNew Electric Masada, a tentet in which he, on the alto saxophone, is joined by two guitarists (Frisell, Lage), two keyboard players (Medeski, Marsella), two drummers (Baron, Wollesen) as well as Ikue Mori (electronics), Trevor Dunn(bass) and the percussion legend Cyro Baptista (20:00). This debut promises to be a glorious finale to a festival that puts even the Elbphilharmonie into a creative exceptional state that will be talked about for years to come.
​​
share
​
google.com, pub-1336815800049544, DIRECT, f08c47fec0942fa0