PHACEMAG
From the Fresh Prince mansion to the suburban home of Harry Potter – the world of cinema has gifted us some truly iconic properties. With the premiere of Bel-Air, a reboot of the Will Smith classic, airing last Sunday (13th February), Uswitch.com/mortgages wanted to find out if living near a famous on-screen property could increase your house value.
To do this, the average property value within the postcode of the famous home was compared to the average property value on the same street as the fictional house. The percentage increase in property prices was calculated, thus determining the iconic TV home which increases surrounding house value the most.
We kindly ask that if this research is of use to you, you provide a link to the full study: https://www.uswitch.com/mortgages/guides/famous-homes-increase-property-value/.
​The Fresh Prince of Bel-Air mansion increases surrounding property prices the most
Uswitch.com/mortgages can reveal that the property with the biggest increase on surrounding properties is Will Smith’s mansion in The Fresh Prince of Bel-Air. Located in Brentwood, California, the average property value within the postcode is almost £1.9million. However, this increases a staggering 222% when compared with the average property price on the same street as the iconic mansion, with houses averaging just under £6million! 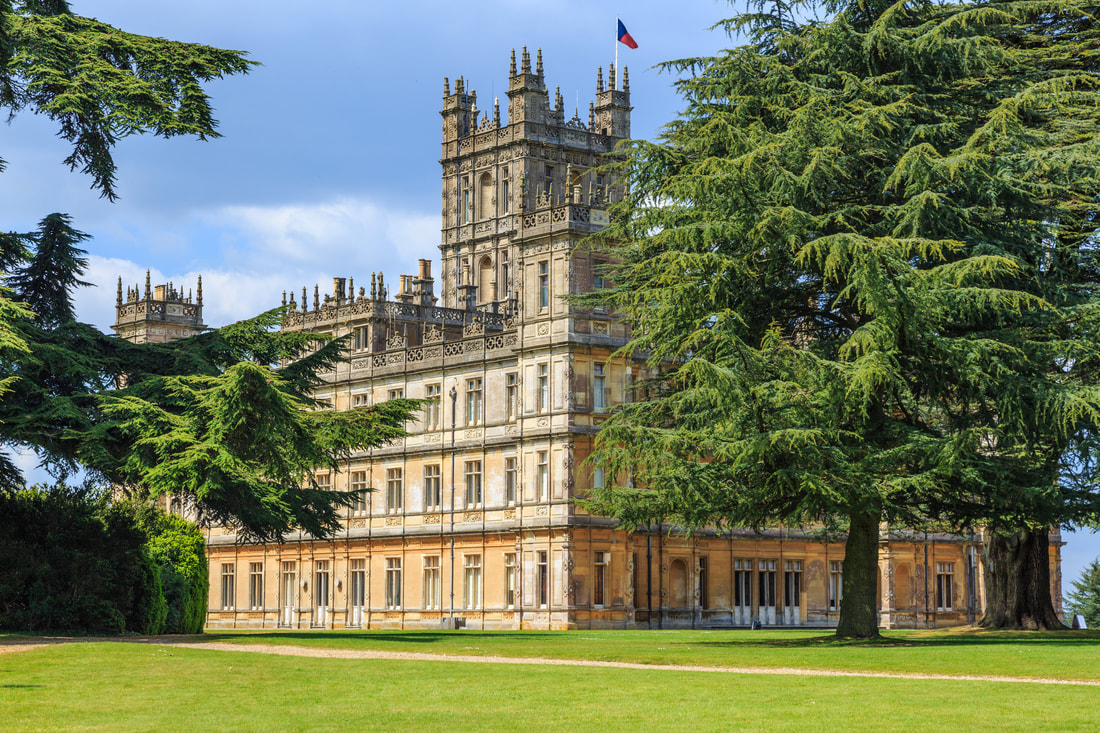 Following closely behind in second is Sex and the City’s Carrie Bradshaw’s Manhattan apartment on Perry Street. The average house price in the same postcode is estimated at just under £1.2million. However, properties on Perry Street - made famous by Carrie and the gang - can increase in value by a whopping 221%. With flats averaging £3.8million, this is a 60% increase to the average price of properties located near the Friends apartment - which is only a 30-minute walk away!
Completing the top three is the emblematic flat from Friends, where every member of the main six has lived in at one point during the series' 10-year run. The average value of properties within the New York postcode totals just under £1.2million. However, when compared to apartments on Bedford Street where the flat is located, they increase by 100% to an average of just over £2million.
UK’s Sex Education and Downton Abbey properties make the top 10 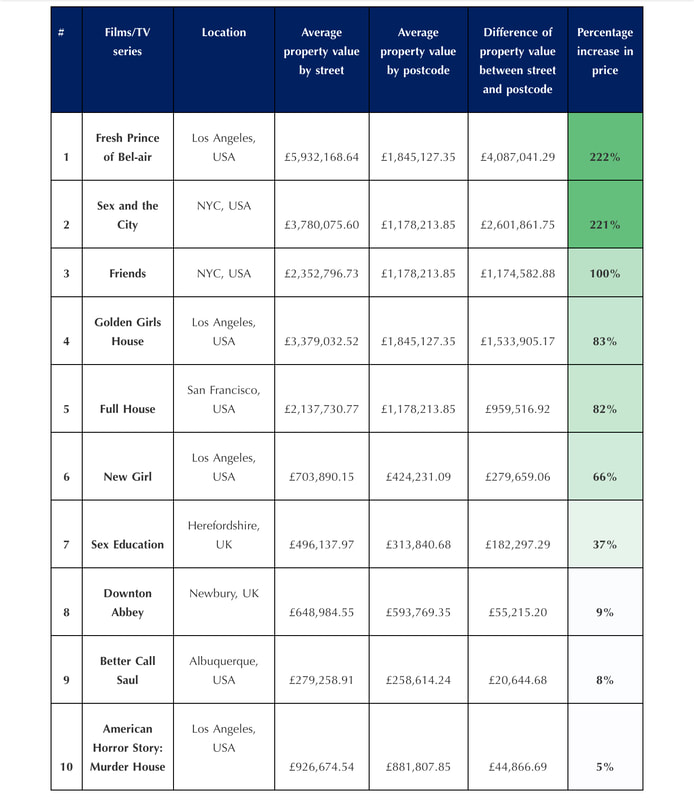 The first UK property to make the top 10 is Otis Milburn’s gorgeous chalet home from Sex Education, which is located in Herefordshire. On average, property prices within the postcode of the luxurious forest-view home total just over £300k, but when compared to properties on the same street, this increases by 37% to just under £500k. The house, made famous by the show, is available for rental for up to 10 people, with prices starting at $1,016 per night.
The stately home from Downton Abbey in the south of Newbury follows just behind in eighth place. The average property value within the postcode of Highclere Castle is almost £600k, however, this increases by just 9% when compared with the price of properties on the same street (£650k). With ‘Downton Abbey: A New Era’ premiering on 20th May in the US this year, it is suspected that these properties will face another boost in value.
For the full findings, please visit: https://www.uswitch.com/mortgages/guides/famous-homes-increase-property-value/.
- ​
google.com, pub-1336815800049544, DIRECT, f08c47fec0942fa0